Ford Europe currently has 170 people in its cleaning staff at the Ford Dagenham manufacturing facility in England. The cleaners are angry with Ford after they say they were “utterly betrayed” after they were given a 20 percent pay cut this week. The union representing the workers, Unite, says that the cleaning staff who work at Ford Dagenham and Ford Dunton were let down by Ford management and cleaning contractor Hamton Environmental who they are employed through.

The cleaning staff says that while other employees at Ford are being paid full basic pay this week even though they are laid off, the cleaners who have been at the manufacturing plants risking their health aren’t being given the same deal. The workers will be furloughed this week, which will bring with it the 20 percent pay cut. 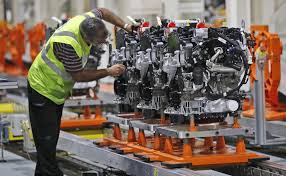 Presumably, the reason that the workers aren’t being given the same treatment as the Ford staff who have been sent home is that the cleaning contractors aren’t employed by Ford. It would seem if Hamton Environmental employs the workers, they would be the ones who would be responsible for paying them. That said, Ford has announced that most of its executives are taking pay cuts with CEO Jim Hackett taking a 50 percent pay cut and chairman Bill Ford forgoing his entire salary.

Unite regional officer Matt Smith says that the “cleaners demand justice.” Smith says that the cleaners are “being treated as second-class citizens,” noting that they are, in fact, “essential key workers.” Smith also says that the cleaning staff is one of the lowest-paid groups of workers at the Ford plants, and taking any deduction in wages has a significant impact on their “ability to keep a roof over their heads and feed their families.” Smith says the workers are at an increased risk of being infected by the coronavirus to ensure a sterile environment at the plants. Ford expects production in Europe to remain closed until at least early May.