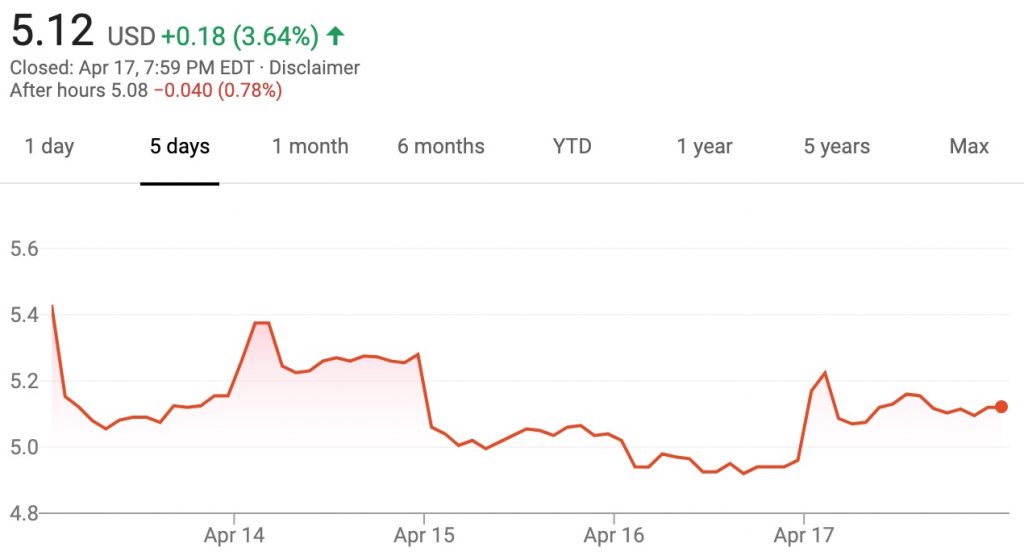 Ford share values continue to see historic lows amid the COVID-19 pandemic, with the values seen during the past few weeks being among the lowest recorded in over a decade. The current value of $5.12 is nearly half the $9.42 per share value that Ford stock opened the 2020 calendar year.

The Coronavirus has resulted in the automaker temporarily idling production in North America as well as several other international markets, while suspending its dividend as it borrows $15.4 billion. Analysts have often stated that not producing any vehicles presents a very unfavorable situation for the automaker, since the circumstance will cause revenues to fall sharply, resulting in a loss-making situation. To that end, Ford has announced that it expects to incur about $600 million in losses during the first quarter of 2020.

In general terms, there currently seem to be two schools of thought when it comes to investing in Ford. On the one hand, there are those who think that, due to the complications caused by COVID-19, things will get worse before they get better. In fact, Deutsche Bank Analyst Emmanuel Rosner recently stated that Ford has “15 [to] 17 weeks of liquidity under shutdown conditions before hitting its minimum cash levels.” On the other hand, analysts and investors see Ford stock as a major buy opportunity at their current, depressed levels.

It’s also worth noting that Ford Motor Company was having issues prior to the global COVID-19 outbreak, among which were lack of profitability in several vehicle lines and in various international markets, along with quality issues in key product launches. Ford CEO Jim Hackett replaced Joe Hinrichs with Jim Farley as COO, allegedly due to the botched rollout of the all-new 2020 Ford Explorer and Lincoln Aviator – two key models at a rather critical time, given the popularity of crossovers.

Ford announced changes to its executive ranks this week. The changes, made by recently-appointed COO Jim Farley after a 10 week-long deep dive, were presented as a way to “better serve customers, streamline decision-making and increase accountability.”

The Blue Oval started both efforts much later than its direct rivals. For instance, FCA was the first to discontinue most of its sedan portfolio and General Motors started to invest heavily into EVs and autonomous vehicles much earlier than The Blue Oval. In July 2019, Ford announced details of its partnership with Volkswagen that would result in VW investing in Ford’s Argo AI venture.

We’ll keep following this closely, so be sure to subscribe to Ford Authority for ongoing Ford stock news and around-the-clock Ford news coverage.