Earlier today, Ford offered an update on some of the efforts it has ongoing to help fight the coronavirus around the United States and the world. Ford confirmed that it’s powered air-purifying respirator would start production today. The automaker also talked about how it was helping another company increase production capacity for COVID-19 testing kits. The automaker has offered an update on where it stands around the world with Ford ventilator production.

Ford says that work is currently underway at the Rawsonville Components Plant to transform a portion of the plant to build a third-party ventilator in collaboration with GE Healthcare. Production for those ventilators is expected to start the week of April 20th. A team of paid UAW volunteers is working on the Ford ventilator project to produce 50,000 Model A-E ventilators by July 4th. 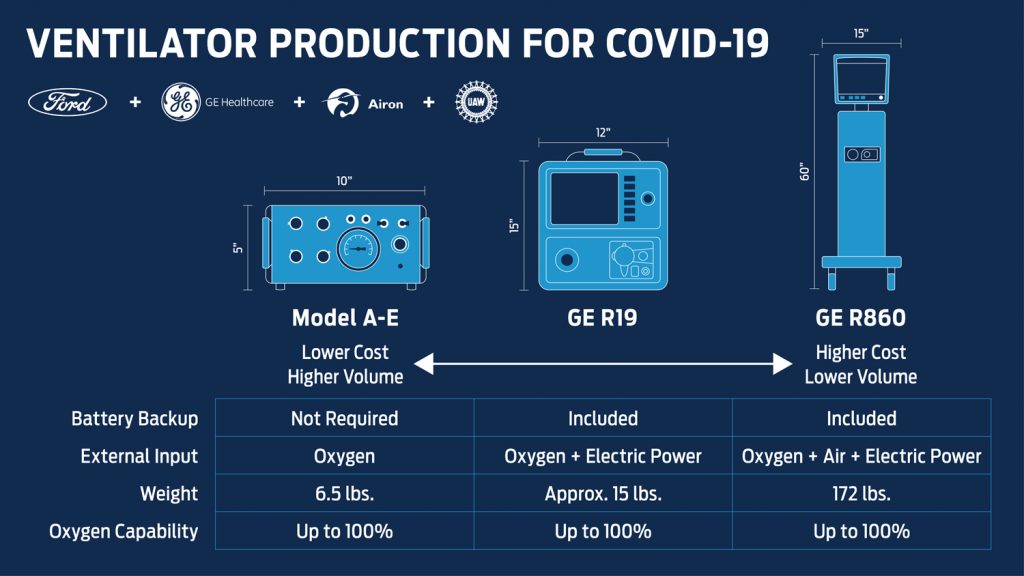 Ford says that its production will help meet the demand for 15,000 ventilators ordered by the UK government. While Ford is talking about its ventilator efforts, it’s also talking about its plans to continue producing the transparent-face shields for medical workers. Ford says that as of April 13, it has made more than 3 million face shields that have been provided to medical personnel and first responders. Face shield production is ongoing in the United States, Canada, Thailand, and at the joint venture in India with partner Mahindra & Mahindra in India.