Ford is working on electrifying most of its vehicles in its range, either via a fully electric version or a model with hybrid power. A new rumor is making the rounds that suggest the Ford F-150 Hybrid will pair its electric motor and battery with a 3.5-liter V-6 engine. That would presumably be the current F-150 3.5-liter V-6 offered in the pickup already.

Details of the 2021 Ford F-150 Hybrid surfaced from what is supposed to be a leaked internal document from Ford. It doesn’t shed much light on the hybrid pickup, but we do know that the 3.5-liter V-6 engine makes 375 horsepower in its current trim. Adding electrification will certainly up that horsepower. There is an outside chance this could potentially be a new engine, but that is highly unlikely. We expect it to be the current generation 3.5 in use in the truck already. 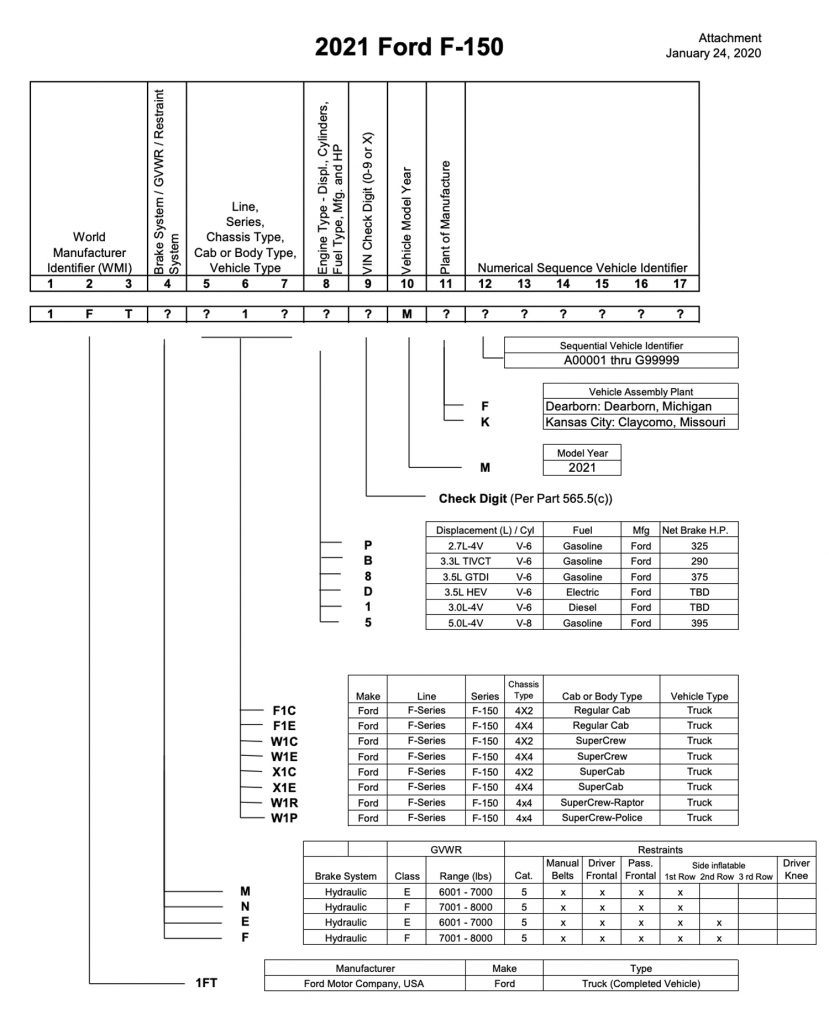 When it comes to power, the leaked document outlines power numbers for all the other motors that will be offered in the vehicle. However, both the 3.5-liter hybrid powertrain and the 3.0-liter V-6 diesel engine have “TBD” listed in their net brake horsepower columns. For those that don’t know, TBD means “to be determined.”

Ford had previously promised to unveil the Ford F-150 Hybrid pickup this year. However, the production stoppages all around the world due to the coronavirus have significantly impacted Ford’s launch plans for new vehicle models. The assumption is we could still see the truck premiere later this year if we can put coronavirus behind us, and Ford production gets back underway. We are still expecting Ford to position the hybrid pickup, not as a green vehicle or something focused on fuel economy, but a vehicle focused on performance. Lincoln has offered very impressive performance from its hybrid engines, and we expect Ford to do the same.