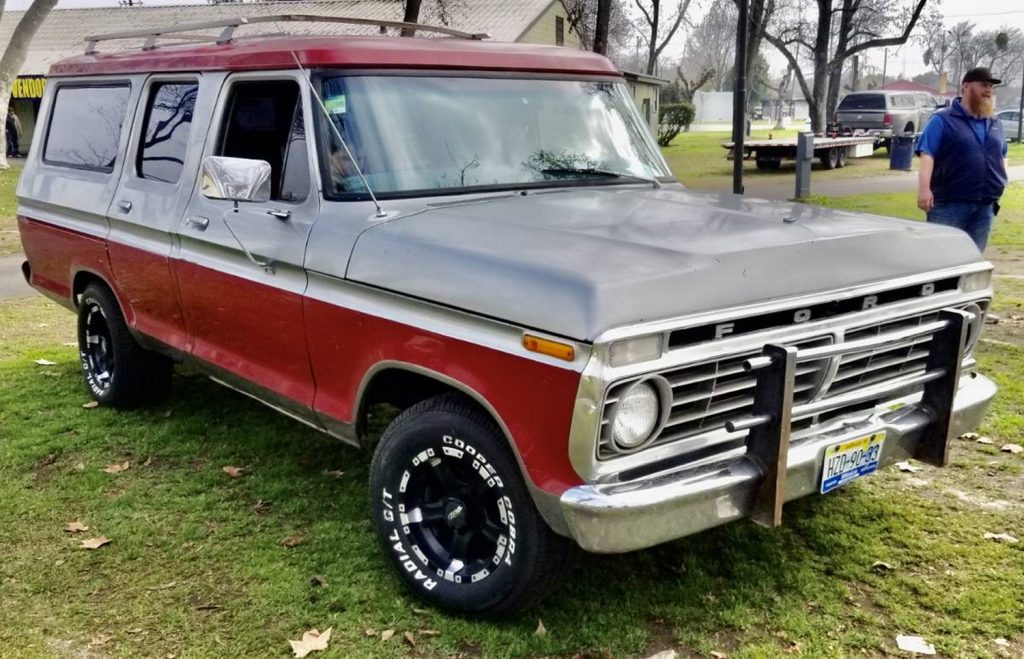 When it comes to rare Ford pickups of the ’70s, one of the rarest is the B100. Trucks like this 1975 Ford B100 are rare because they were never sold in the United States. The trucks were built for Mexico, and there are only a few left. Back in January, we saw one that had been turned into a restomod hot rod complete with a Coyote V-8 under the hood. This 1975 Ford B100 isn’t a hot rod. It’s said to be a stock truck. 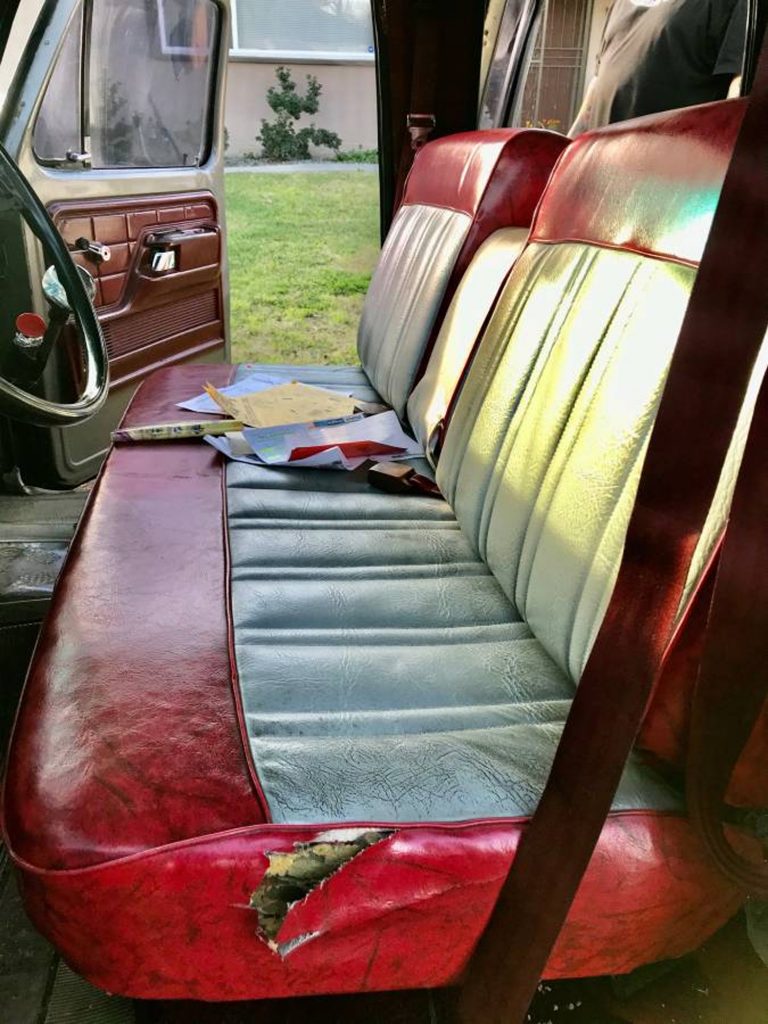 The owner doesn’t give lots of details about the B100 other than a price of $12,000 for a quick sale. The truck is smog exempt and comes with all of the original paperwork. A picture of the dirty engine bay shows that it has a 302 cubic-inch two-valve V-8 engine, and it’s paired up with a manual transmission. 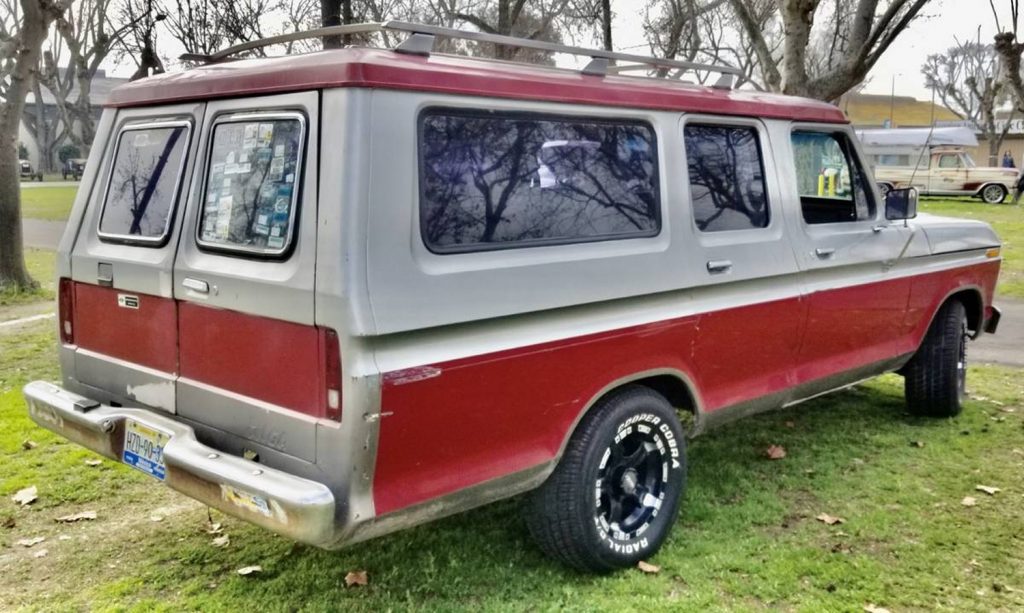 The little 302 looks completely lost under the hood of a full-size pickup. The truck is clearly in need of some restoration work with blemishes, scratches, and scrapes seen on the sides in the images. It is silver and maroon two-tone, and it’s unclear if that’s the original color and paint. 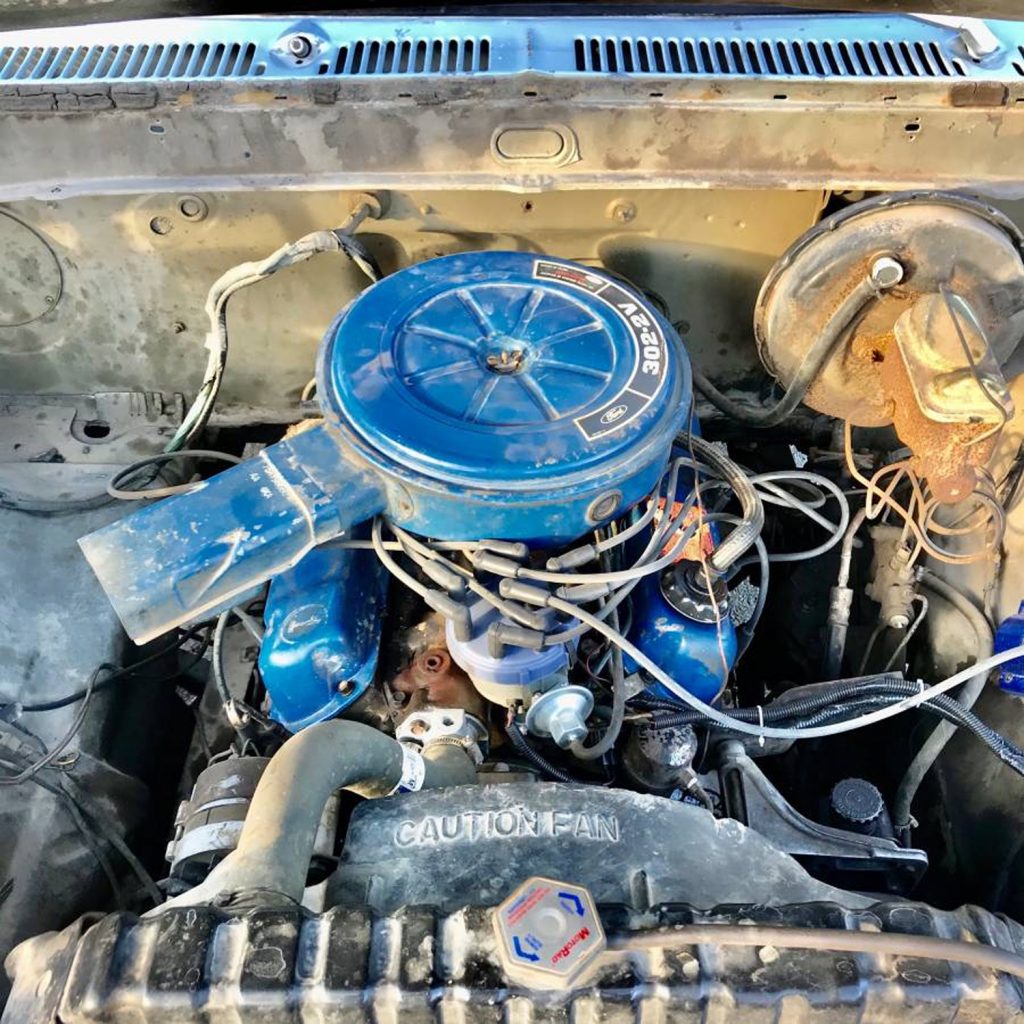 The interior also shows some tears and needs work. One interesting thing about this truck is that it has two doors on the passenger side and only one on the driver side. The rear also has a pair of barn doors that open for access to the hauling area. The roof has a rack for hauling stuff in the front bumper has a brush guard. The wheels are custom, and it appears to have good rubber all around. This 1975 Ford B100 could be a very cool restoration project for someone.