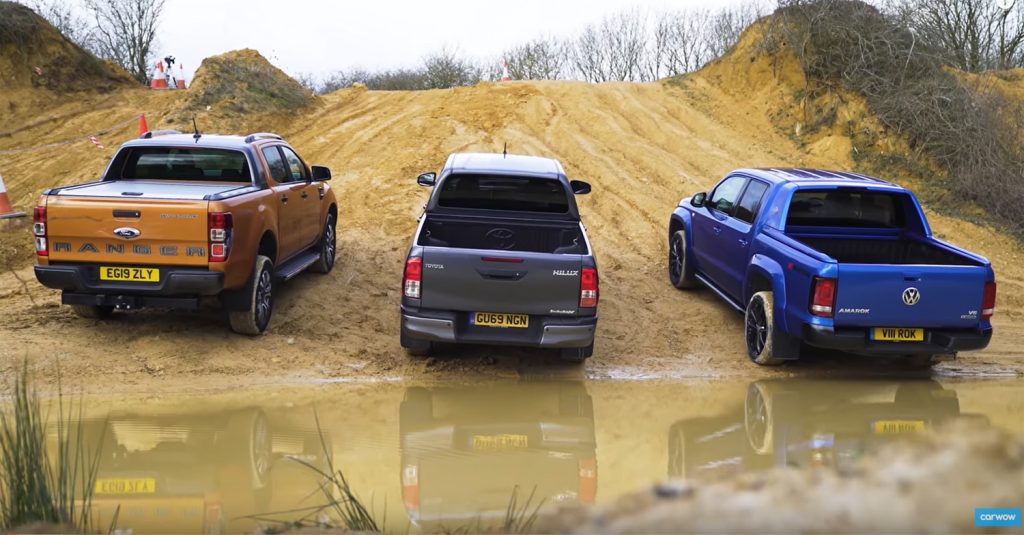 In Europe, there are a few pickups that were not able to get here in the United States, such as the Volkswagen Amarok, Toyota Hilux, and the Ford Ranger Wildtrak. We can get the normal Ford Ranger in the States and the Toyota Tacoma. The Ford, Toyota, and Volkswagen have all been taken to an off-road park and are set to have an uphill drag race to see which is the fastest off-road.

On paper, it looks as if the Ford Ranger Wildtrak should be the winner of the events. The first event is the uphill race, and the Ranger does it in 5.00 seconds. The Hilux is next and does the deed in 4.77 seconds. The VW is last up the hill and makes it in 4.50 seconds. The Ford Ranger spun its front wheels quite a bit on launch, while the others appear to hook up better.

Other events that truck fans in Europe can watch include driving the trucks up a slippery hill to see if they can all make it. The Ranger does fine, while the Hilux struggled, and the VW made it without an issue. The third challenge was about suspension travel. The fourth challenge was on maneuverability, and the last was about water crossing. Check out the video above to see how the trucks do.