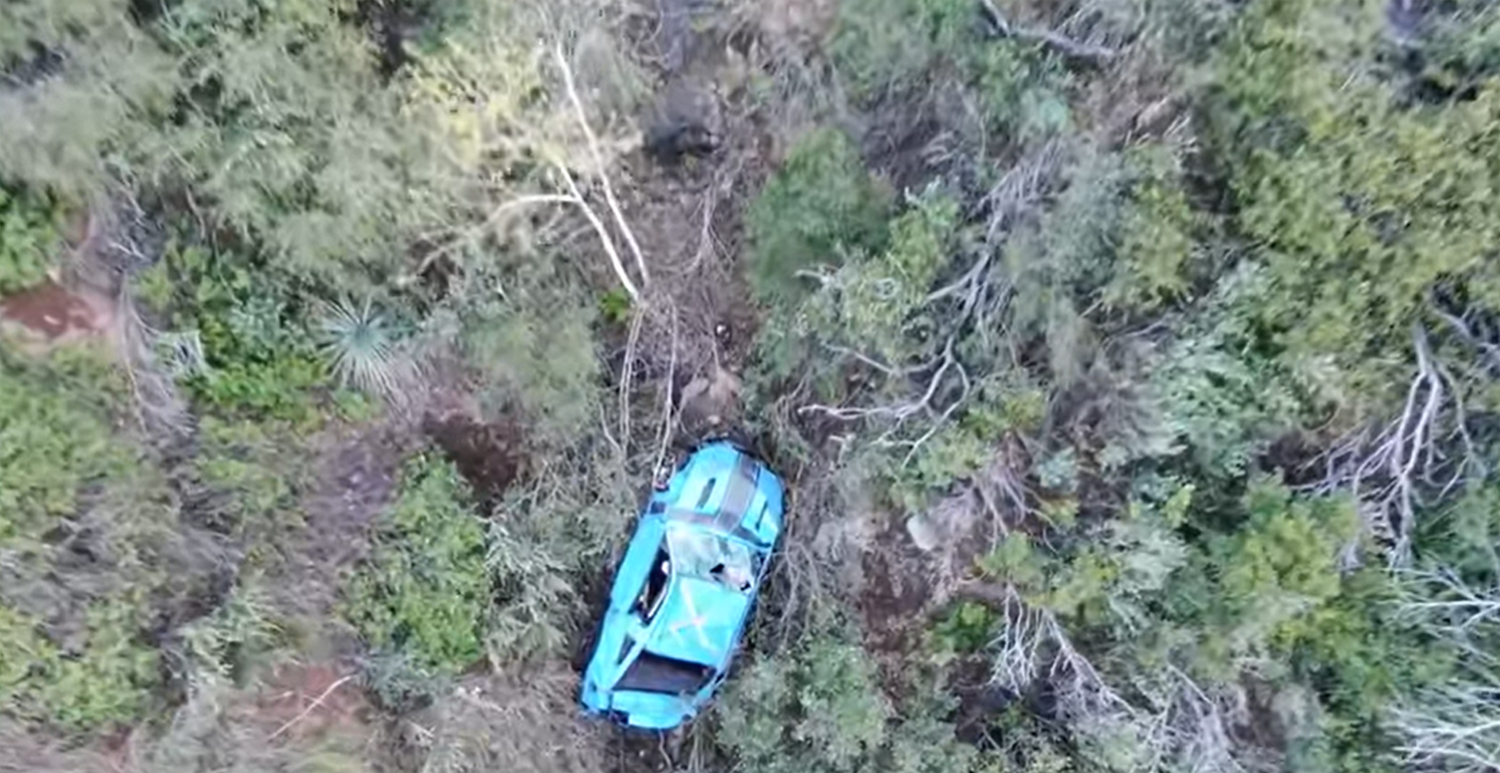 We have no idea of the story behind this accident, which appears to have put a 2013 Ford Mustang Boss 302 about 400 feet down a cliff in California. According to the tow truck driver, the California Highway Patrol called him on March 28 to see if they could recover the vehicle after another tow truck operator was unable to do so. The tow truck driver used a massive crane-like truck they call a rotator and a flatbed to carry the vehicle out on.

To ensure that they can grab the car and pull it up, they carried an extra choker cable to attach to the truck’s 250 feet of line. The crane operator had to climb down the side of the cliff to get to the vehicle to be able to hook it up and place it on the flatbed to take to the junkyard.

The Mustang Boss 302 is completely demolished. According to the tow truck driver, the owner of the vehicle walked away with nothing more than a few slight bruises on his face. There is no indication of what exactly happened to put the car off the cliff, but we would assume speed played a factor.

The power of the winch truck has is incredible, dragging that deadweight up the side of a cliff through all those obstacles. Looking at the damage to the car, it’s incredible to think the driver walked away from that accident. We’d like to know how he got up the side of the hill; the truck drivers had to repel down most of the cliff. That must have been one heck of a ride down that cliff. Check out this not crashed Boss 302 fighting a Shelby GT350 on the track.