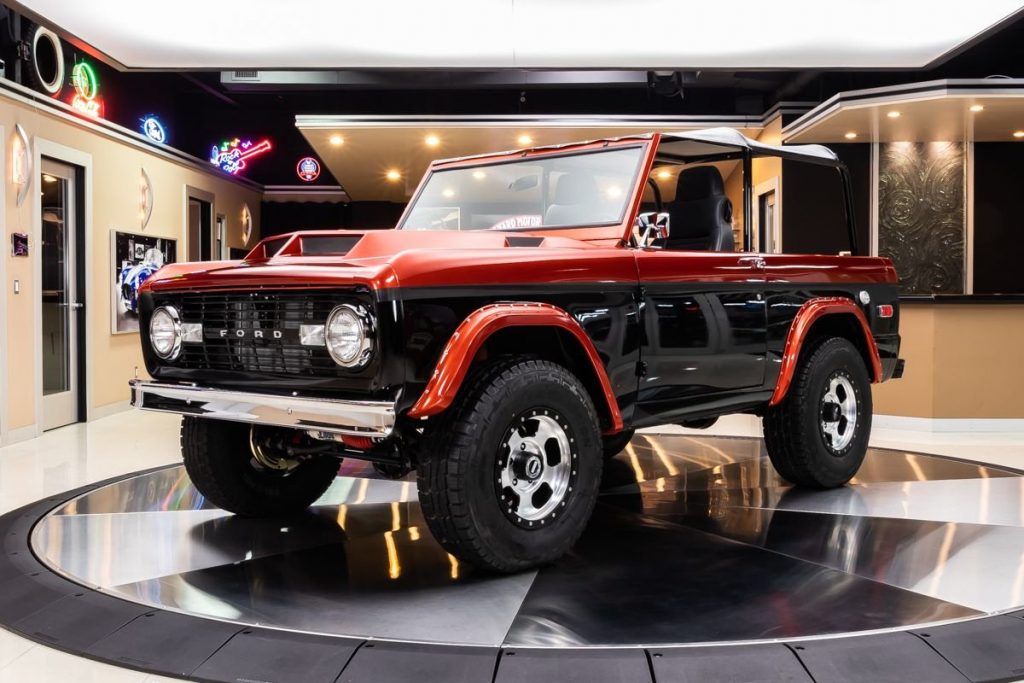 High-dollar first generation restomods of the Ford Broncos are nothing new, with multiple companies treating these former off-roaders to meticulous restorations previously reserved for rare exotics and muscle cars, then offloading them for big bucks. That’s certainly the case with this amazingly-detailed 1970 Ford Bronco, which we spotted for sale at Vanguard Motor Sales. In the case of this restored Ford SUV, it’s quite obvious that someone put a ton of time, effort, and money into making it perfect. 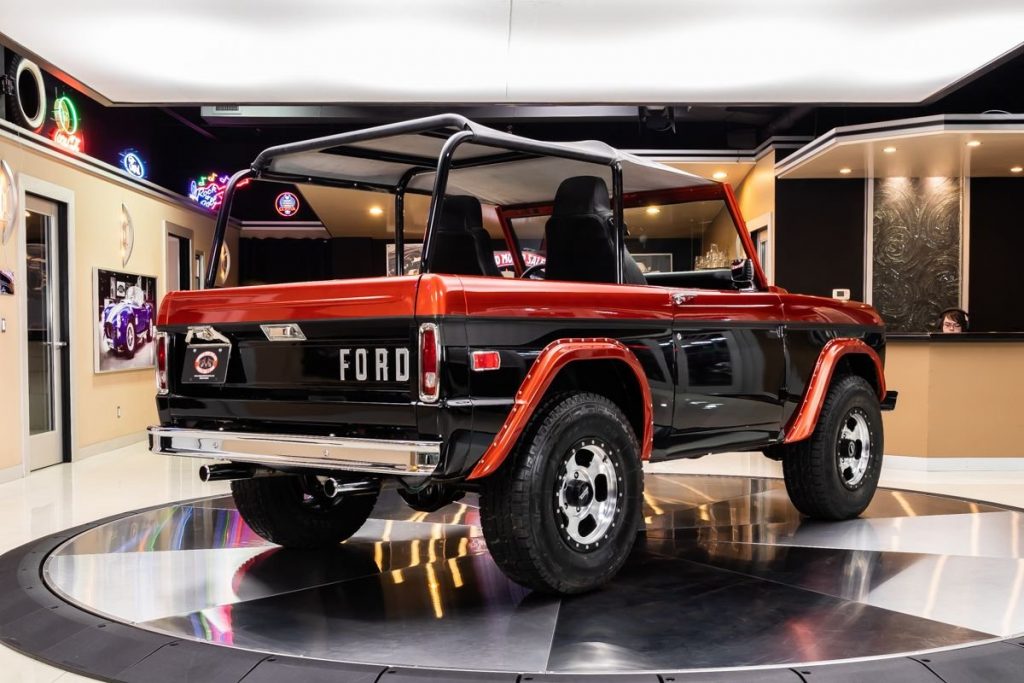 That process started with the exterior, where every panel of the 1970 Ford Bronco was massaged until it was laser straight. A custom hood and fender flares make up the bulk of the modifications, after which the whole thing was covered in an attractive combination of Sunset Orange and black paint. A set of American Racing wheels were then added and wrapped in beefier tires, which help fill up all that newfound space in the wheel wells.

Underneath the (mostly open) bikini top lies an equally-pristine black interior. Bucket seats look right at home flanking a locking custom center console. The chairs are surrounded by black carpet and an orange painted dash. While it retains a classic look, the interior also holds some modern amenities, including an aftermarket radio and gauges, Grant steering wheel, and Hurst shifter. 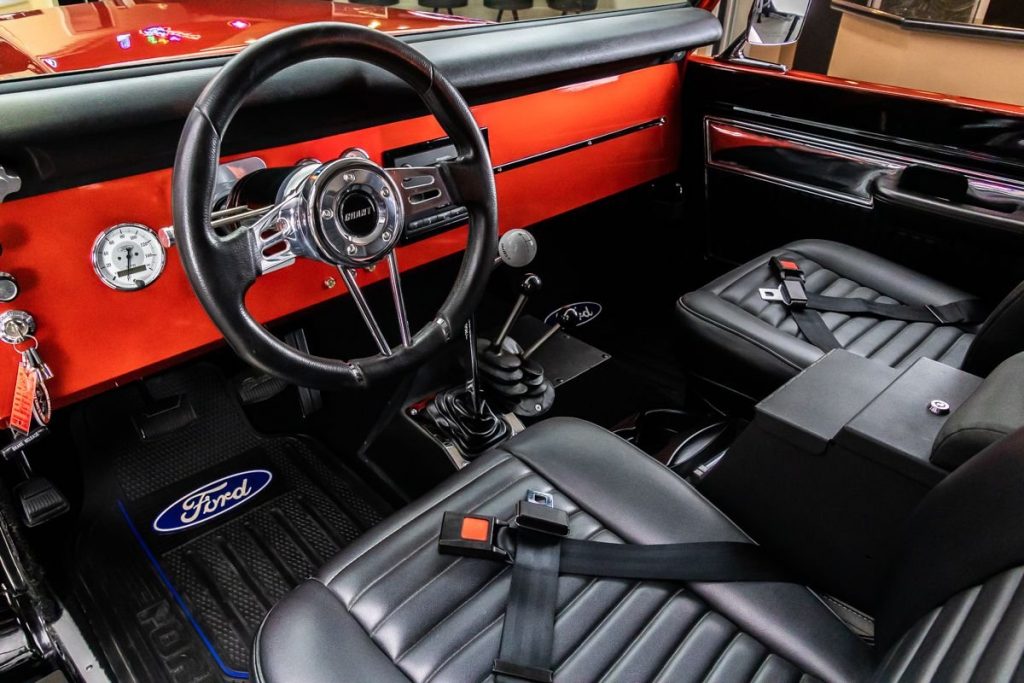 When it comes to reliable power, it’s hard to beat a Ford 302 V8, and that’s exactly what’s under the hood of this 1970 Ford Bronco restomod. The engine bay has been dressed to the nines as well, looking every bit as clean as the rest of the SUV.

A three-speed manual transmission sends power back to a nine-inch Ford rear end and forward to a Dana 30 differential, with locking hubs for off-road fun (though we’d love to the buyer actually take it offroad). And with power disc brakes and power steering, this Bronc is certainly easy to drive, too. 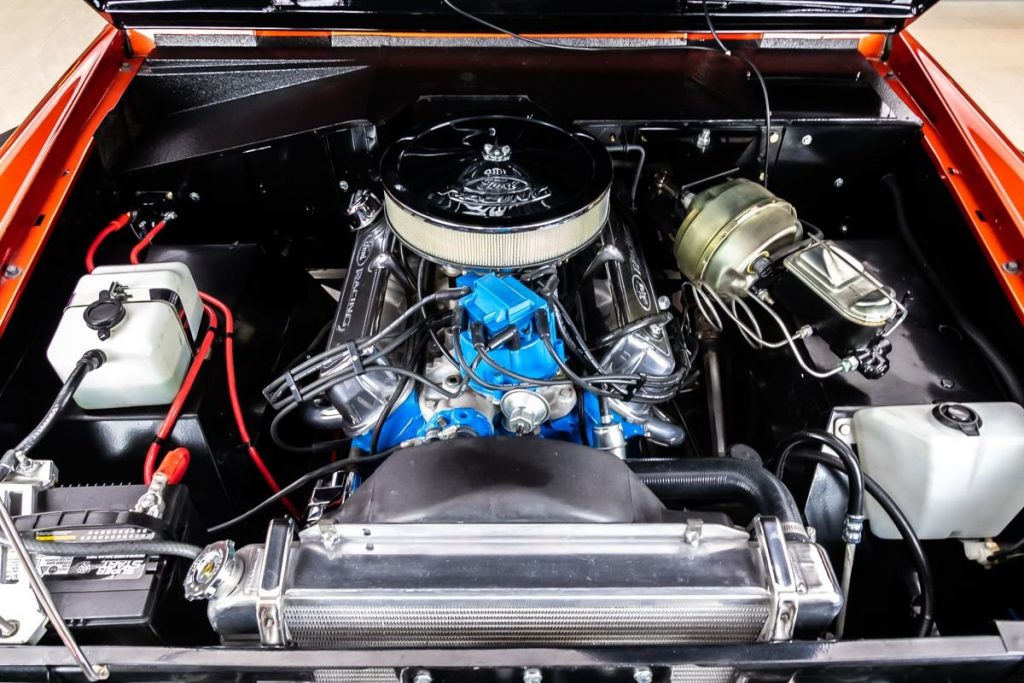 With just the right mix of mods and impeccable attention to detail, this 1970 Ford Bronco is more than worthy of attention. Someone clearly sunk a lot of time and money into making it a perfect showpiece, and we’re certain that the new owner will appreciate the work that went into getting it to that point.

If you love classic rides like this amazing Ford Bronco, be sure to subscribe to Ford Authority for more Ford Bronco news and around-the-clock Ford news coverage.