Ford stock, along with the overwhelming majority of other tickers on the market, is taking a beating these days. Mostly because, well, you know – the COVID-19 effect. But as the wise Warren Buffett once said, “be fearful when others are greedy, and be greedy when others are fearful.” In other words, when everyone else is dumping their Ford stock for pennies on the dollar, the shrewd investor is buying it all up. And that’s exactly what Ford COO, Jim Farley, has done following FoMoCo’s $2 billion loss in Q1 2020.

According to documents filed with the Securities and Exchange Commission (SEC) on Monday, Farley paid roughly $1 million to buy a substantial 194,950 shares of Ford stock on Thursday at about $5.13 a share. That brings his current tally of Ford holdings to 828,922 shares. If one were looking for a sign of investor confidence in the automaker, then this historic purchase should do the trick.

We say historic because, well, a purchase of this size just doesn’t happen very often, especially from a Ford exec. In fact Ford spokesman T.R. Reid noted that “aside from Bill Ford, this is the largest open-market share purchase by a Ford executive in at least the past 10 years.” 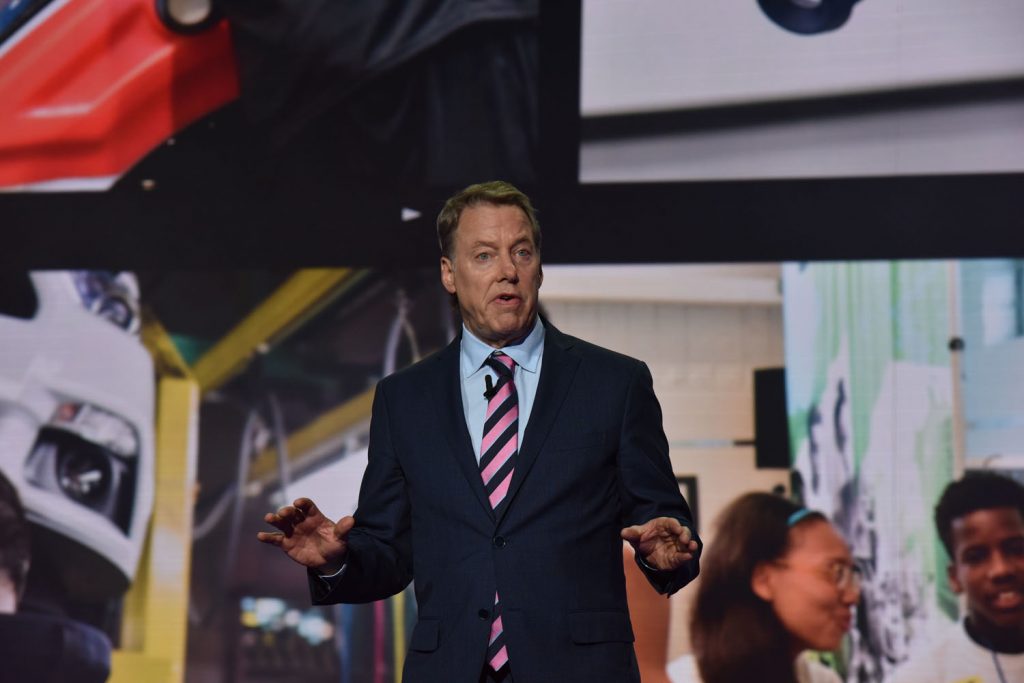 Ford’s big purchase happened last August, when the Executive Chairman paid $8 million for 840,962 shares of Ford stock at an average price per share of $9.51. He currently owns a whopping 1.1 million shares in a personal account and an additional 146,096 shares through a company plan.

Of course, a million bucks probably isn’t a whole lot of money for Farley, whose total compensation in 2019 was $8.4 million. His base salary was $1.1 million, so perhaps the rest will cover the bills and keep the lights on. Regardless, buying a million dollars worth of stock is nothing less than a major vote of confidence, no matter who you are or how much cash you have in the bank.

And Farley isn’t the only one, as Ford stock has edged up recently as the automaker gets ready to restart production here in the U.S. So smart, forward-thinking investors will clearly follow suit. And it reminds us of yet another great Warren Buffett quote: “The best thing that happens to us is when a great company gets into temporary trouble… We want to buy them when they’re on the operating table.” At this point, Ford might be under the knife, but the prognosis is undoubtedly good.