The upcoming Coca-Cola 600 at Charlotte Motor Speedway is just NASCAR‘s third race following a brief hiatus caused by the COVID-19 pandemic. And while the event won’t have any fans in the stands cheering drivers on, there is one car participating in the race that everyone at home will certainly be rooting for. And that’s Michael McDowell’s number 34 Love’s Travel Stops NASCAR Mustang, which will be honoring a fallen service member as part of the NASCAR Salutes 600 Miles of Remembrance program. 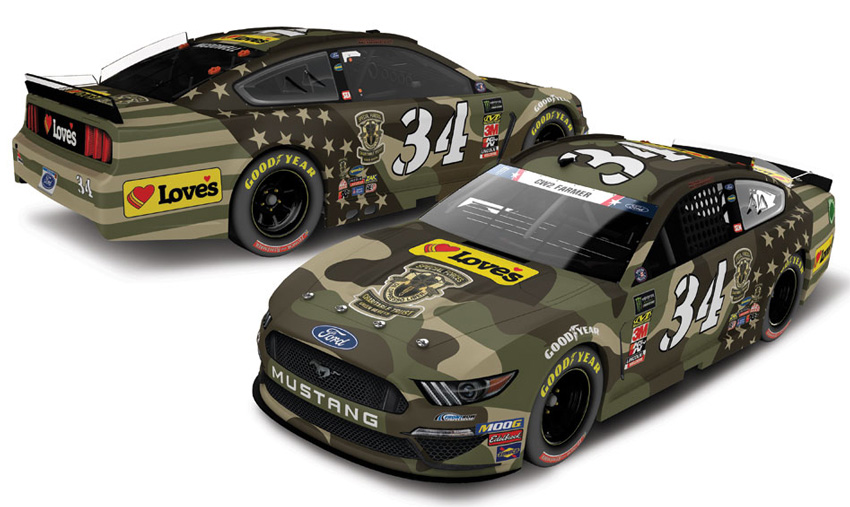 The NASCAR Mustang will be wearing a special camouflage paint scheme, as well as a decal across the top bearing the name of Sergeant First Class (SFC) John Jarrell, who was a member of the United States Army 1st Battalion, 502nd Infantry Regiment, 2nd Brigade Combat Team, 101st Airborne Division (Air Assault) based out of Fort Campbell, Kentucky.

Sadly, Jarrell lost his life on July 15th, 2010 when enemy forces attacked his unit with an improvised explosive device in Kandahar, Afghanistan.

McDowell will race for the second year in a row with the special camouflage paint scheme, which was designed by Love’s marketing team to honor the 32-year-old Jarrell and his family.

The design features a nod to the Special Forces Charitable Trust, which serves past and present U.S. Army Special Forces soldiers and their families through direct service programs such as scholarships, veteran assistance, transition programs, and family support services. 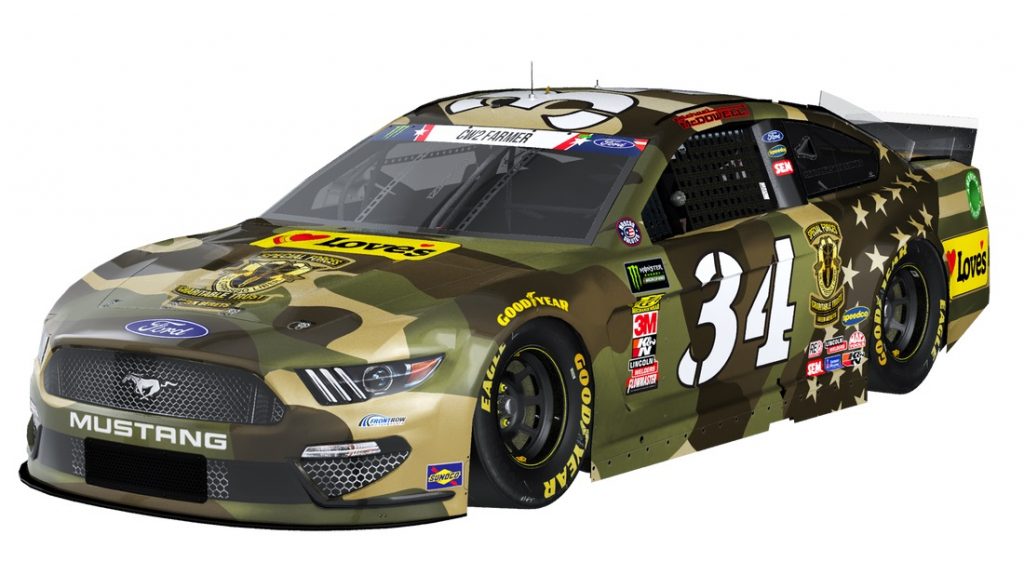 “The 600 Miles of Remembrance initiative is so important to all of us in NASCAR,” McDowell said. “Especially at a time like this with so much uncertainty in the world, we have a duty to come together to acknowledge and salute the people making sacrifices and risking their lives every day to keep up safe. The men and women who serve our country have my utmost respect and I will never be able to thank them for their selflessness, but I am proud to drive in memory of Sergeant First Class Jarrell this weekend.”

We’ll have more on all things NASCAR, including this salute to fallen service members, so be sure to subscribe to Ford Authority for more Ford Mustang news and non-stop Ford news coverage.