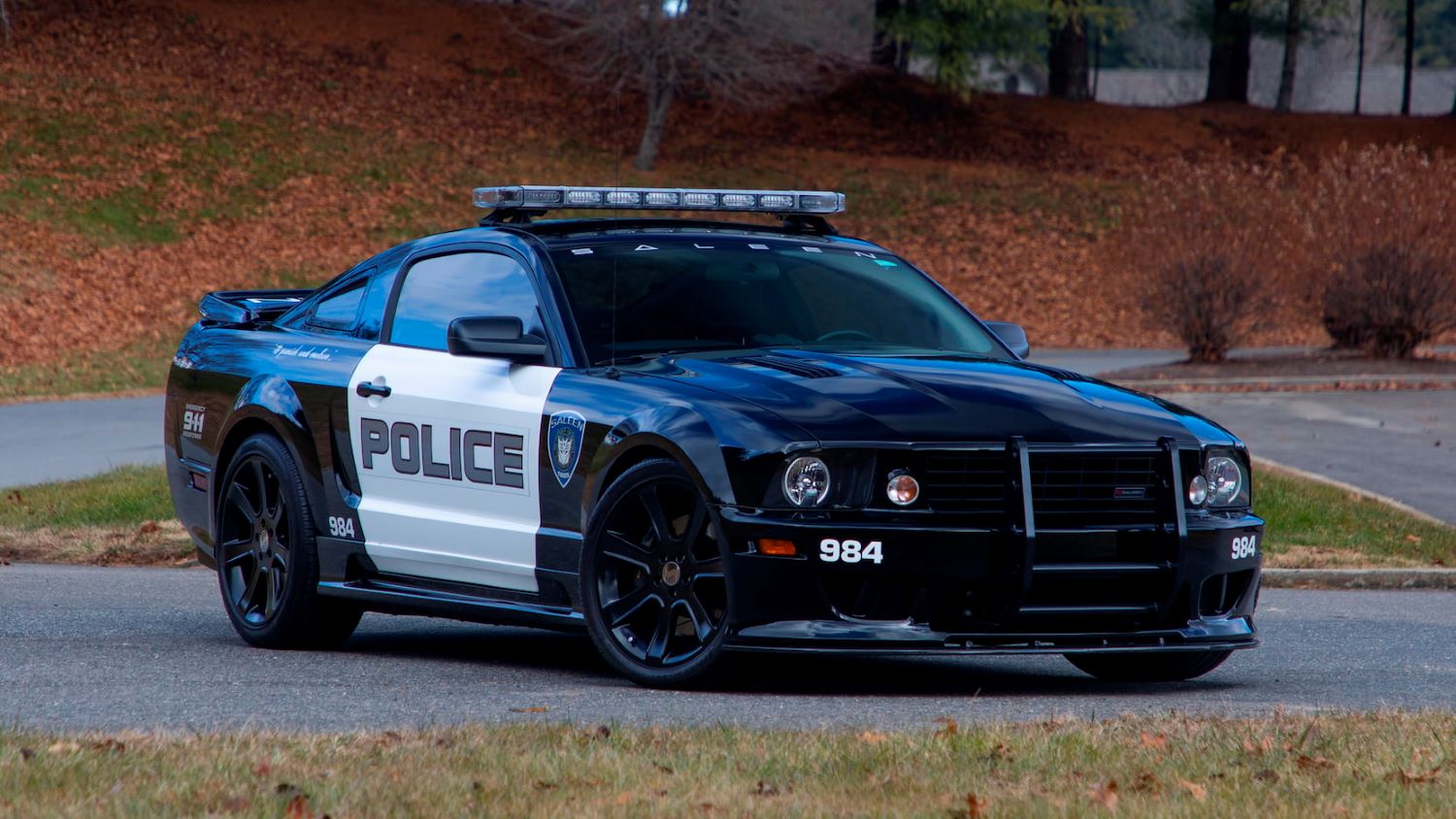 Transformers fans will undoubtedly recognize the car pictured here as the Decepticon dubbed “Barricade” from the original 2007 film. Based on a 2007 Saleen Mustang S281 Extreme, three of these robotized Ford Mustangs were constructed for the movie – one as a screen car, and two others used as press cars. This particular example is one of the latter, and it’s going up for auction at Mecum’s Eddie Vannoy Collection sale, which is currently awaiting a rescheduled date after being postponed due to the COVID-19 pandemic. Needless to say, for Transformers fans at least, the wait will be worth it. This particular movie machine has just 4,690 miles on the clock and looks brand new. The car started life as a regular Saleen Mustang S281 Extreme, to which the famed tuner added its 1865 police livery. But unlike the average law enforcement vehicle, the purpose of this one isn’t to protect and serve – it’s to “punish and enslave.” Aside from looking awesome, the Saleen Mustang has been treated to some performance upgrades for its supercharged 4.6L V8 which are good enough to propel it from 0-60 in under five seconds, with a 12-second quarter-mile and 150ish mile-per-hour top speed. The engine is backed up by a six-speed manual transmission, and Saleen has also added some chassis enhancements to control things during turns. 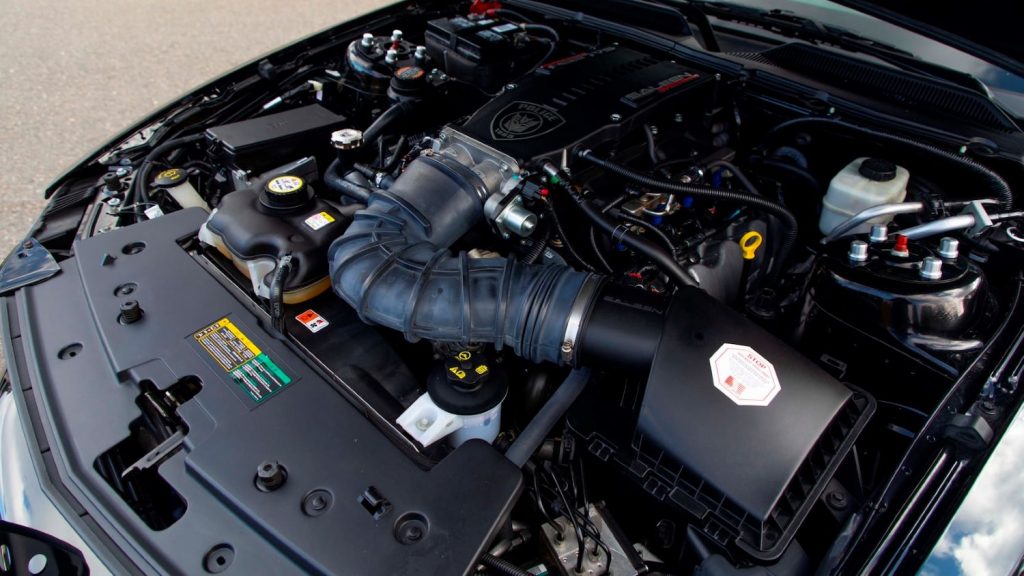 Unlike most movie cars, this one has led a charmed life and is in pretty fantastic shape at the moment. In fact, everything looks virtually perfect. And we doubt that the casual observer would even notice that it’s not a real, bona fide police car. Truthfully, that makes it just a touch more fun, in our opinion at least. 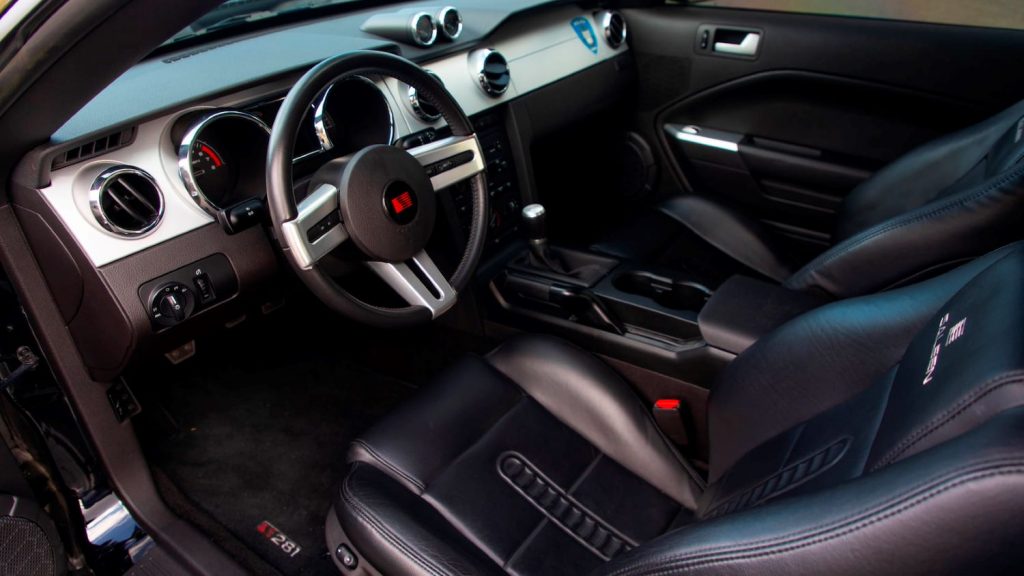 Both Saleen Mustang and Transformers fans are going to want to get in on this cool ride, and it’s even headed to auction with no reserve price, so everybody has a shot, whenever Mecum gets around to rescheduling the sale, that is. 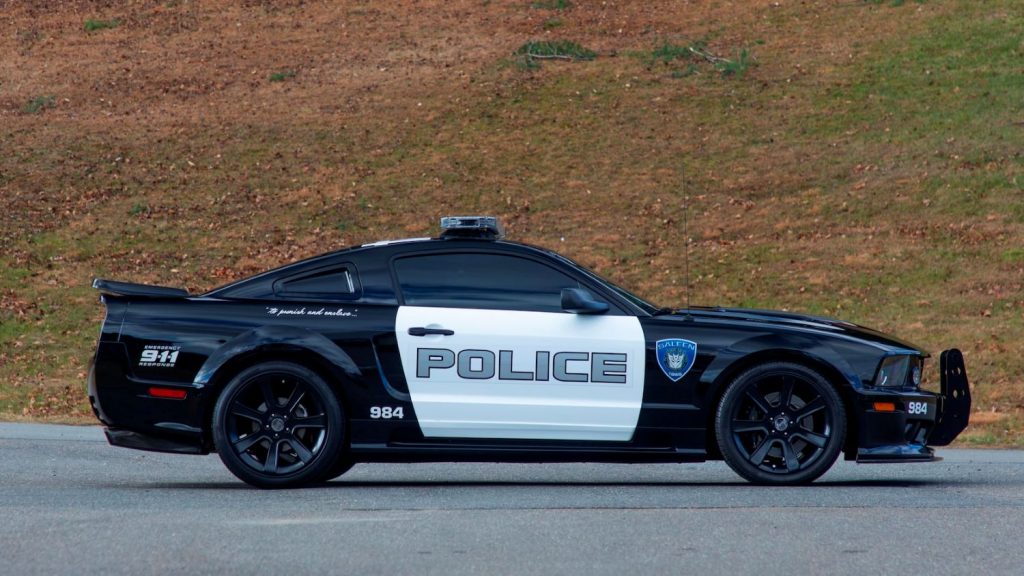 We’ll continue bringing you more cool auction finds like, so be sure to subscribe to Ford Authority for more Ford Mustang news and around-the-clock Ford news coverage.