For whatever reason, California is a hot bed for police chases. We suspect that a big part of the reason why people are so quick to run from the law in the Golden State is the fact that they’re guaranteed to get a featured spot on the news, as helicopters seem to always want to capture the entire chase on film. It’s an easy way for one to secure fifteen minutes of fame. But in the case of this tenth-generation Ford F-150 driver, he managed to drag this particular police chase out for nearly an hour-and-a-half. 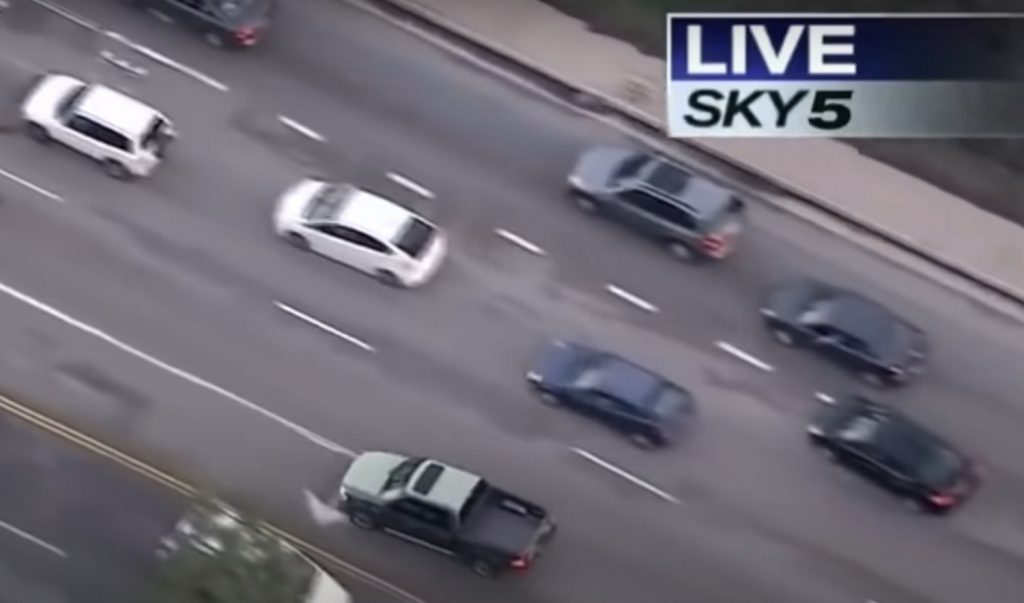 The pursuit began in the San Fernando Valley after the tenth-generation Ford F-150 driver committed a felony hit and run. With the Los Angeles Police Department in tow, the pickup headed north on the freeway for a little while before taking this chase to a residential area, where the truck drives out into oncoming traffic. After dodging all that, the F-150 driver heads back out onto the freeway, perhaps thinking he can escape the inescapable helicopter fixated on him.

While on the freeway, the tenth-generation Ford F-150 accelerates to high speeds and uses the shoulder and center divider to pass other traffic, somehow managing to maintain control even when he hits the grass. As speeds exceed one hundred miles-per-hour, LAPD backs off with its police cruisers and lets the air unit take over for safety purposes. 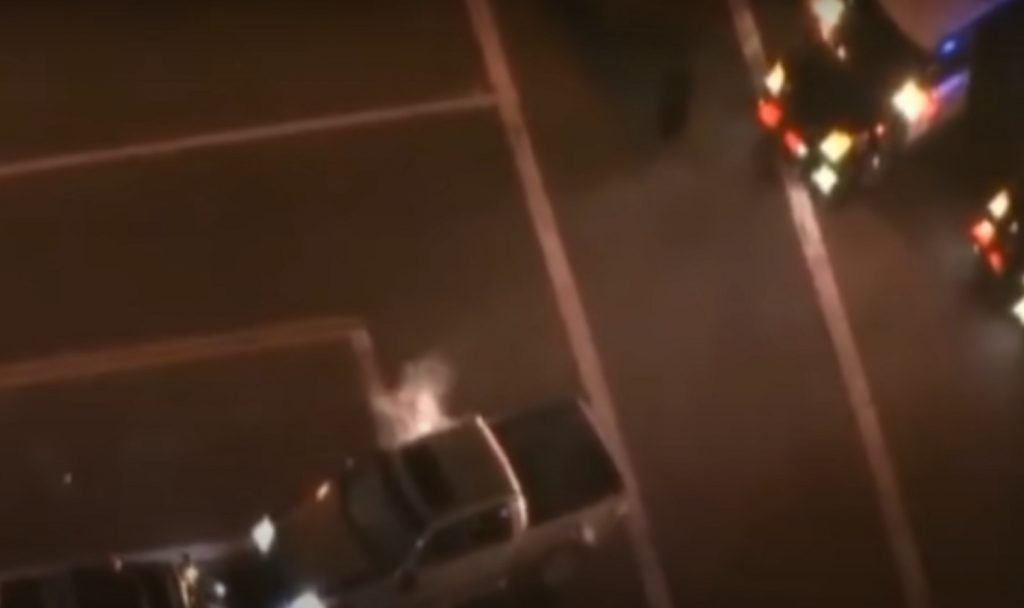 According to the news reporter, the driver did strike other vehicles earlier in the pursuit and even a few pedestrians, so stopping him from hurting anyone else was obviously a priority. Regardless, police also don’t want to push the issue and accidentally inflict even more damage than the fleeing suspect has already caused.

After several hours pass and night falls, the tenth-generation Ford F-150 is finally stopped thanks to a well-executed P.I.T maneuver. That leads to a short and bizarre standoff, however, as the driver appears to be trying to start a fire inside the truck. After a few minutes, however, he complies, gets out of the vehicle and starts crawling toward the officers, after which he’s eventually arrested. 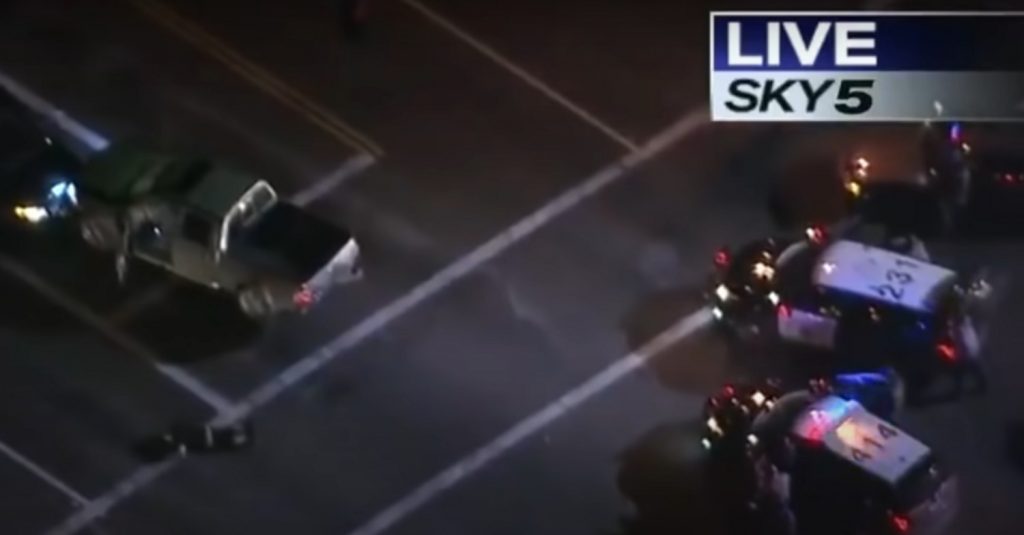 We’re not sure why the suspect tried to set his F-150 on fire, of course, but one could assume that maybe he was trying to destroy some evidence or illegal substances, or maybe just create a diversion to escape. Regardless, we’re just glad that police were able to eventually apprehend him, without any major damage.

We’ll have more crazy videos like this one, so be sure and subscribe to Ford Authority for the latest Ford F-Series news, Ford F-150 news, and ongoing Ford news coverage. 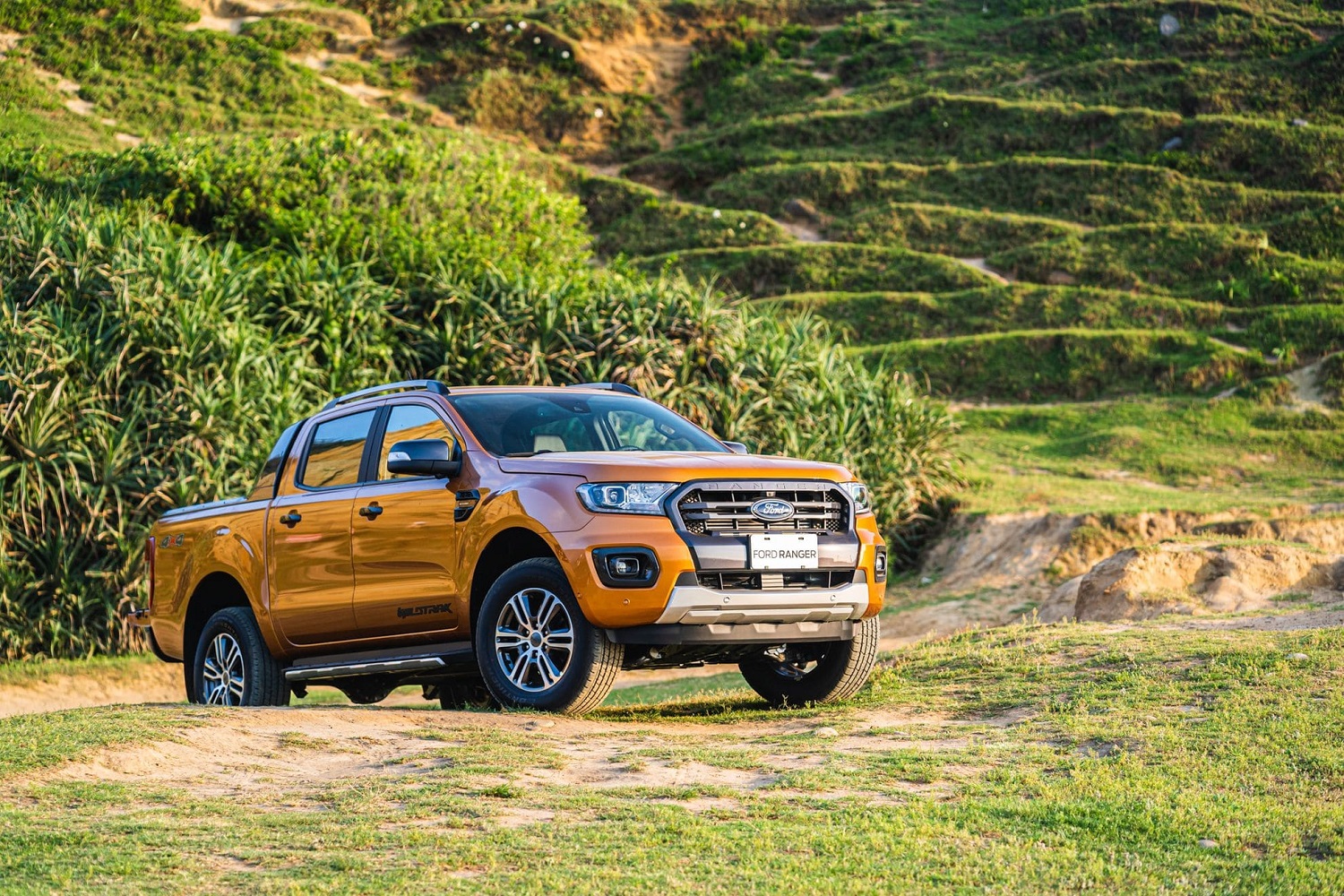