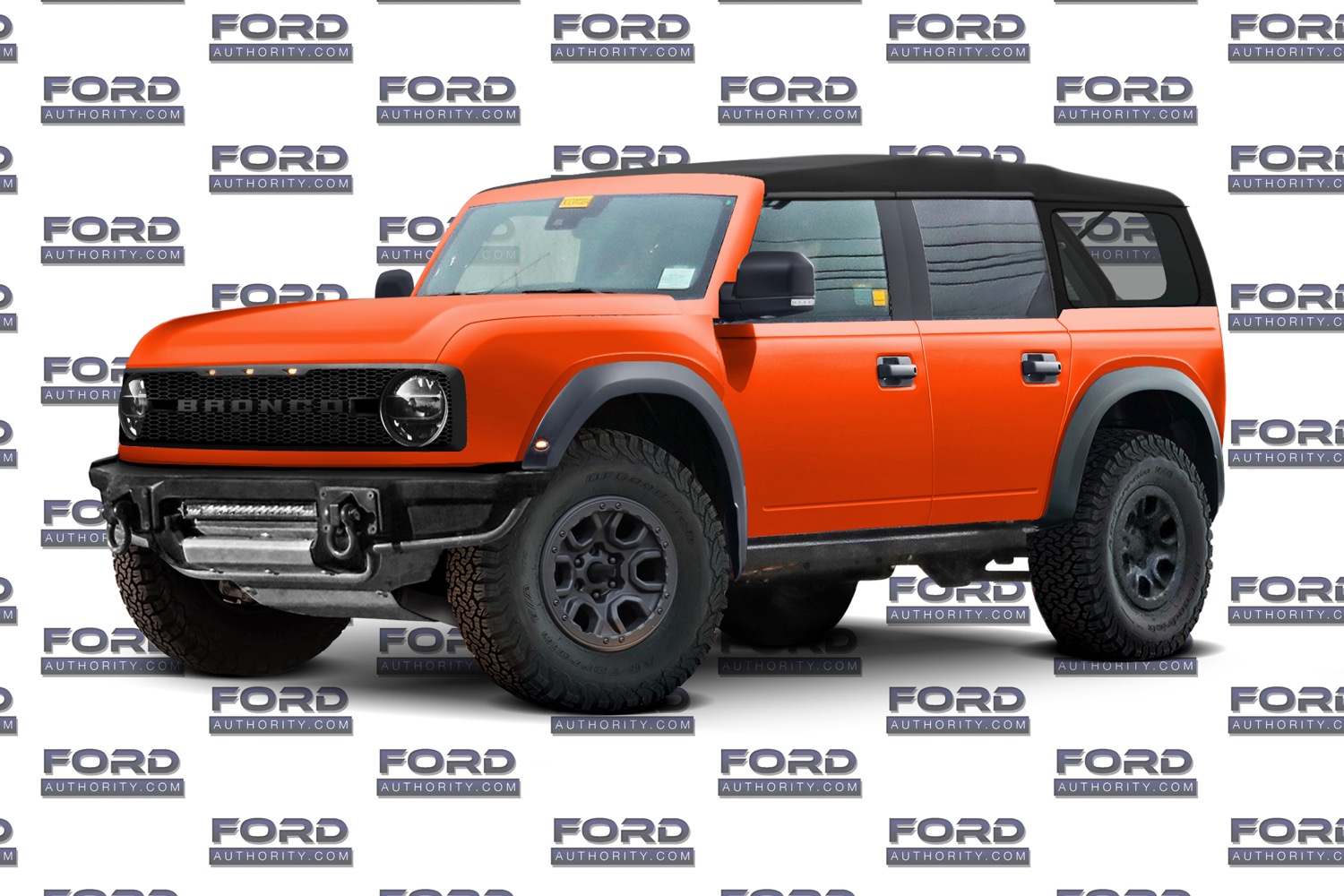 Over the past year, Ford Authority has been bringing you countless spy photos of the upcoming Ford Bronco. Of all the models we’ve captured thus far, the one we caught in January appears to show the most capable off-road version. Since we do not yet know what this model will be called once the Bronco actually launches, we will cautiously refer to it as the 2021 Ford Bronco Badlands, though the actual name might end up being Bronco Big Bend or Bronco Outer Banks. 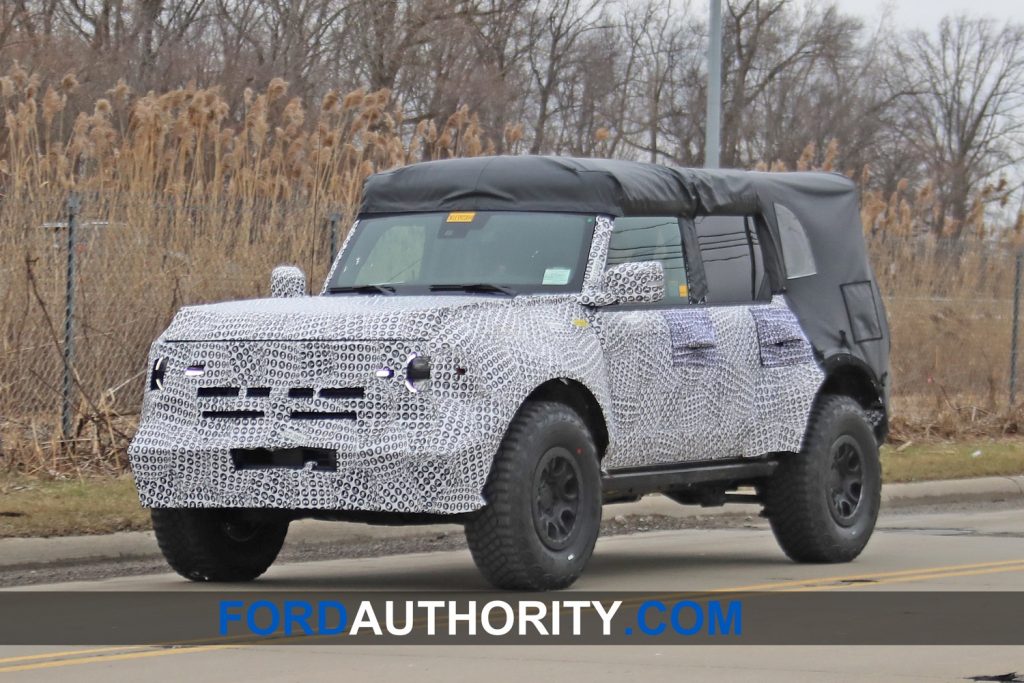 Regardless of the name, this model clearly has beefier gear than the two-door and four-door Broncos we recently saw completely free of any sort of camo. Those Broncos looked perfectly nice, of course, but we wanted to see how this big-boy would look like in the flesh, so Ford Authority went ahead and created these renderings to do just that. 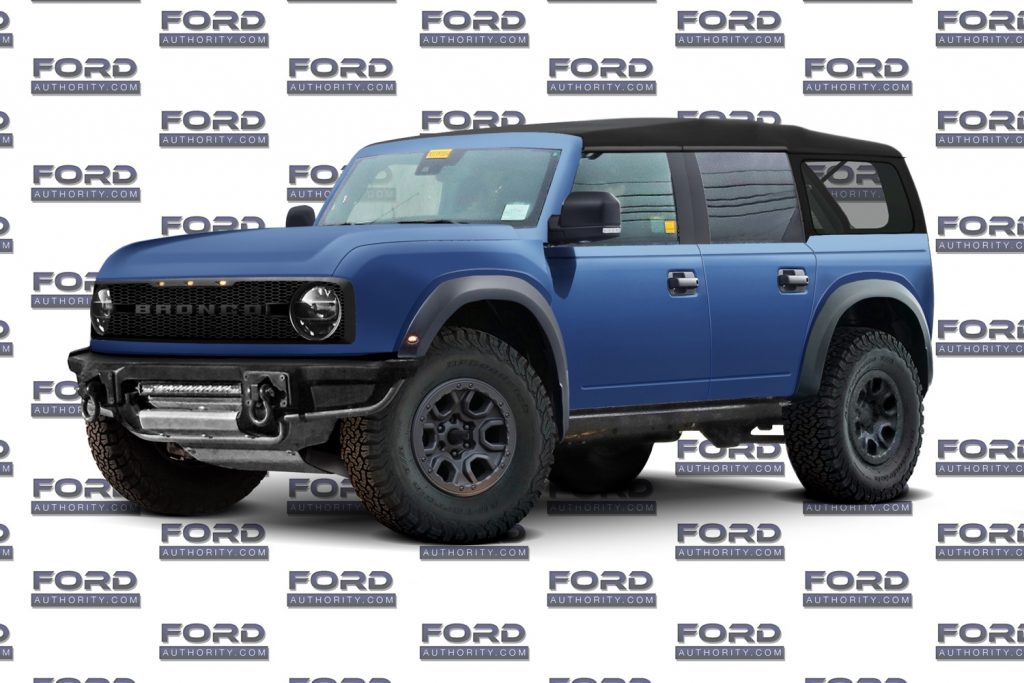 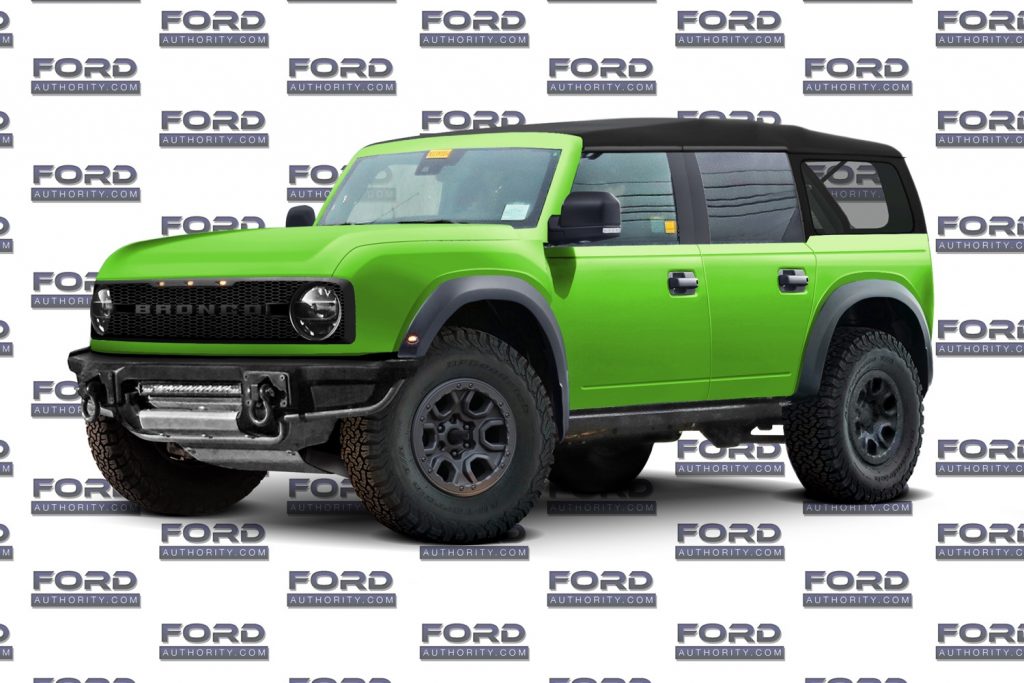 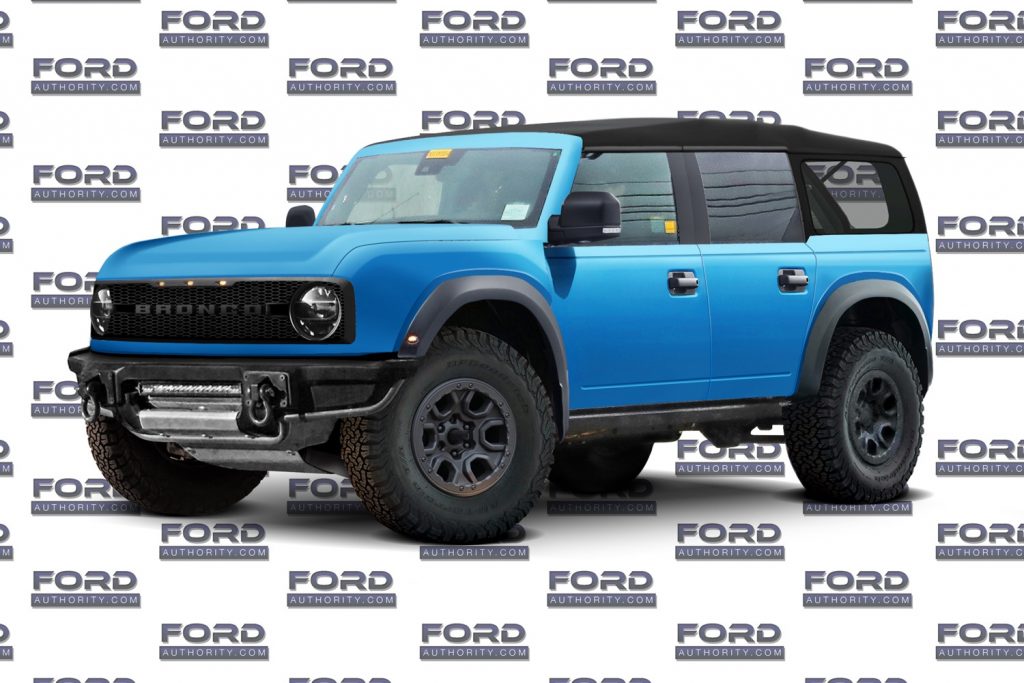 As you can see, this treatment fits the upcoming Bronco quite well. Instead of tamer tires and generic wheels of the base model, this one sports some Raptor-like beadlock wheels, beefy off-road tires, and what a suspension lift.

Black plastic fender flares help cover up the meaty rubber, while a pair of tow hooks and an integrated winch up front will help if you get in a sticky situation on the trails. There’s also a visible skid plate underneath our 2021 Ford Bronco Badlands rendering to give it some protection from jagged rocks and other unfriendly debris. The standard grille – one of three grille options on offer – is present and accounted for here, as is the soft-top roof (a hard-shell will be offered as well). 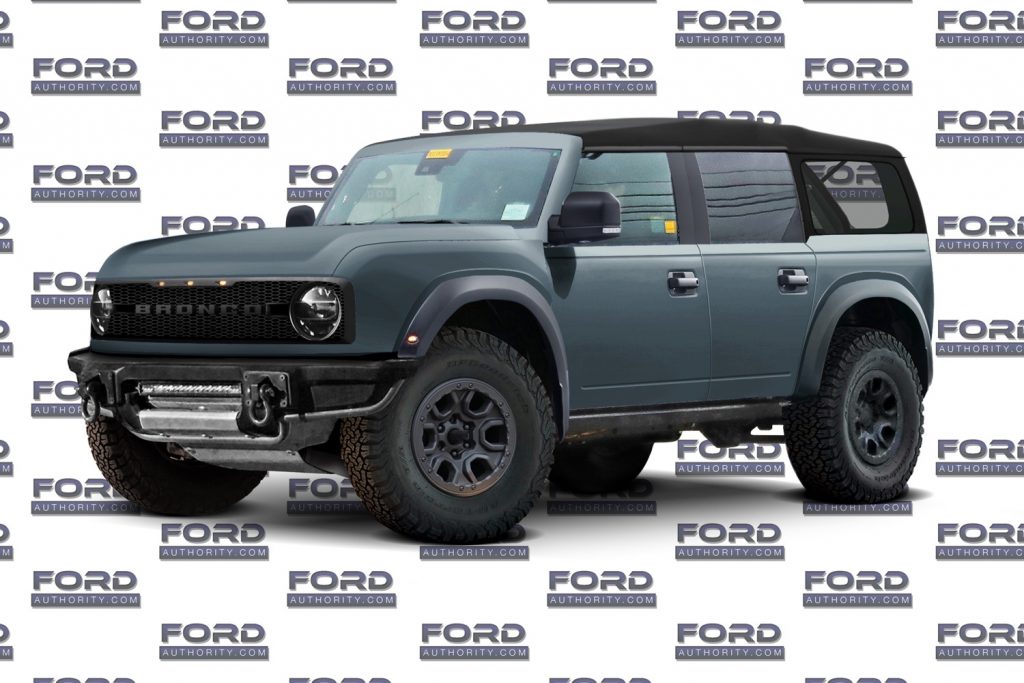 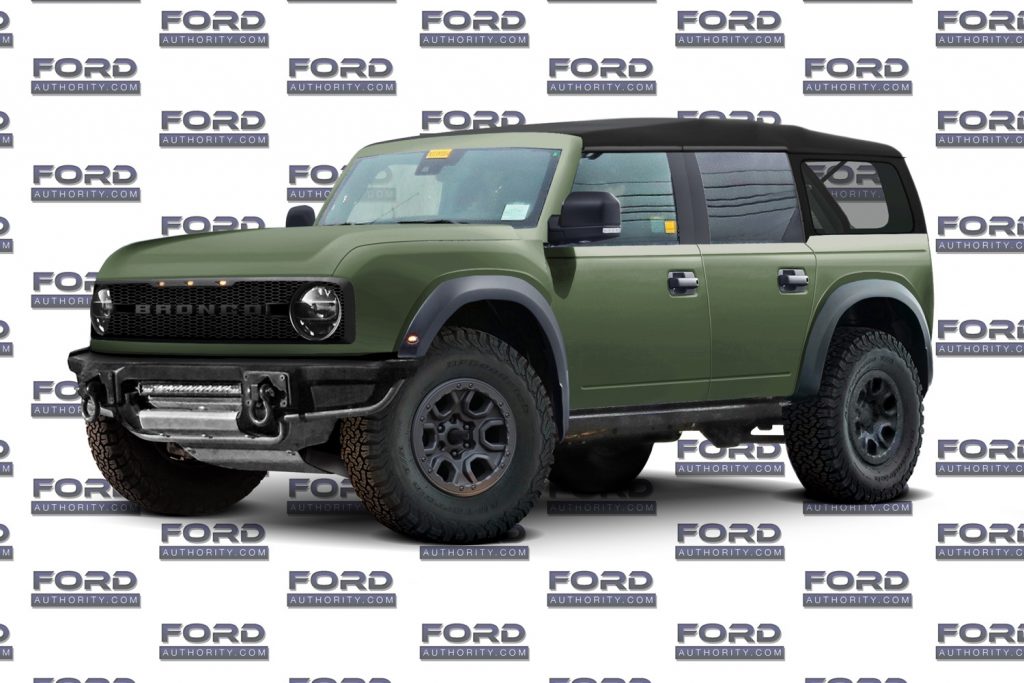 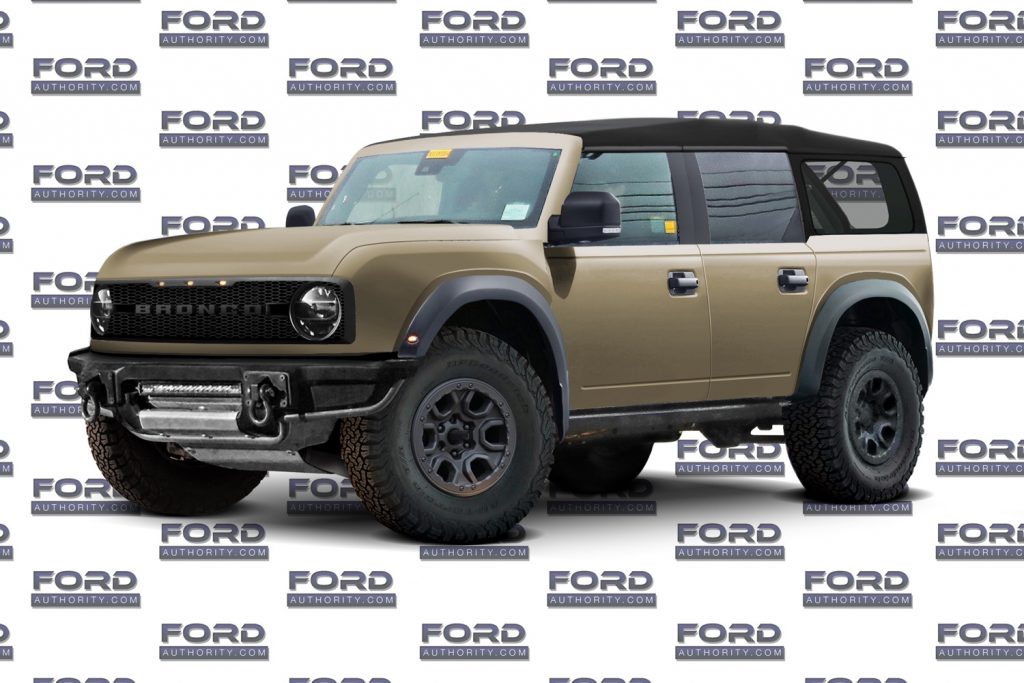 Yes, this is the version of the new Bronco that we want, without a doubt. And we think it just looks right with this combination of off-road gear. You can certainly bet that Ford will offer its reborn Bronco with a variety of packages, much like the Jeep Wrangler. At least one of them will include the kind of stuff that hardcore enthusiasts look for. With any luck, we’ll see a long-travel suspension equipped, desert-running 2021 Ford Bronco Raptor join the Badlands in due time. 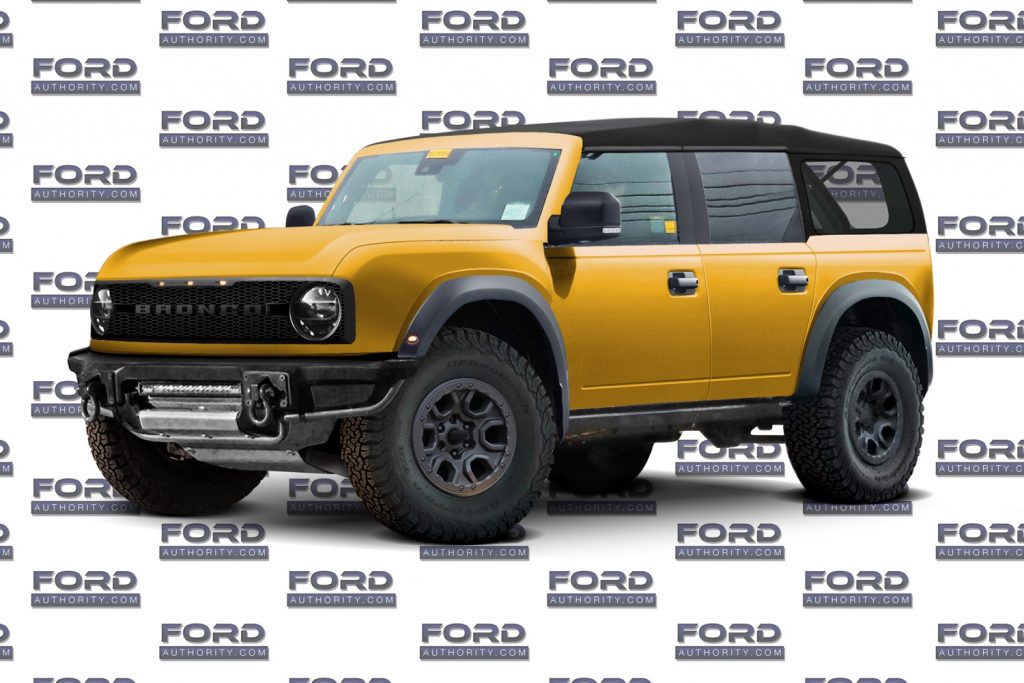 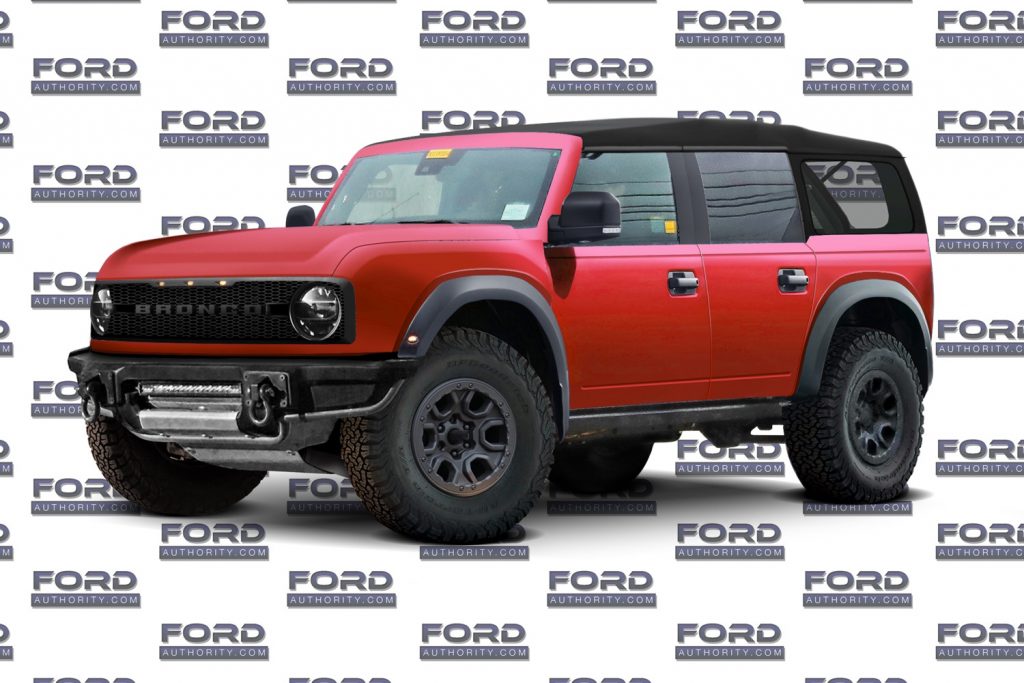 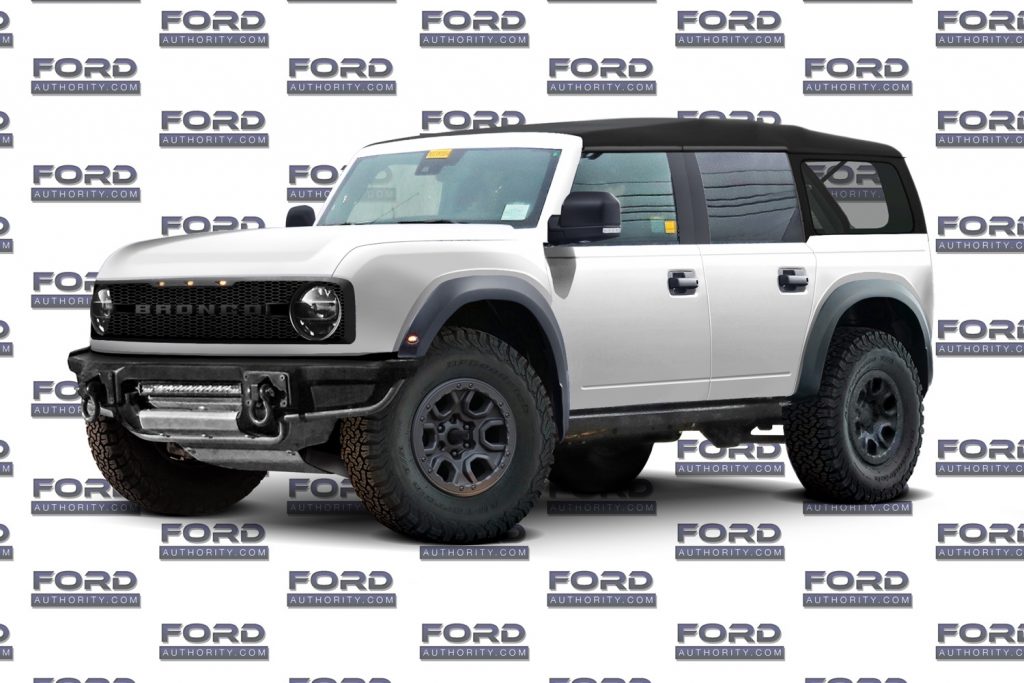 In the meantime, enjoy these renderings, which we’ve also treated to a variety of color options for your viewing pleasure as we anxiously await the Bronco’s official reveal, which should be happening any time now. We’ll have more on this wicked off-roader soon, so be sure to subscribe to Ford Authority for more Ford Bronco news and around-the-clock Ford news coverage.