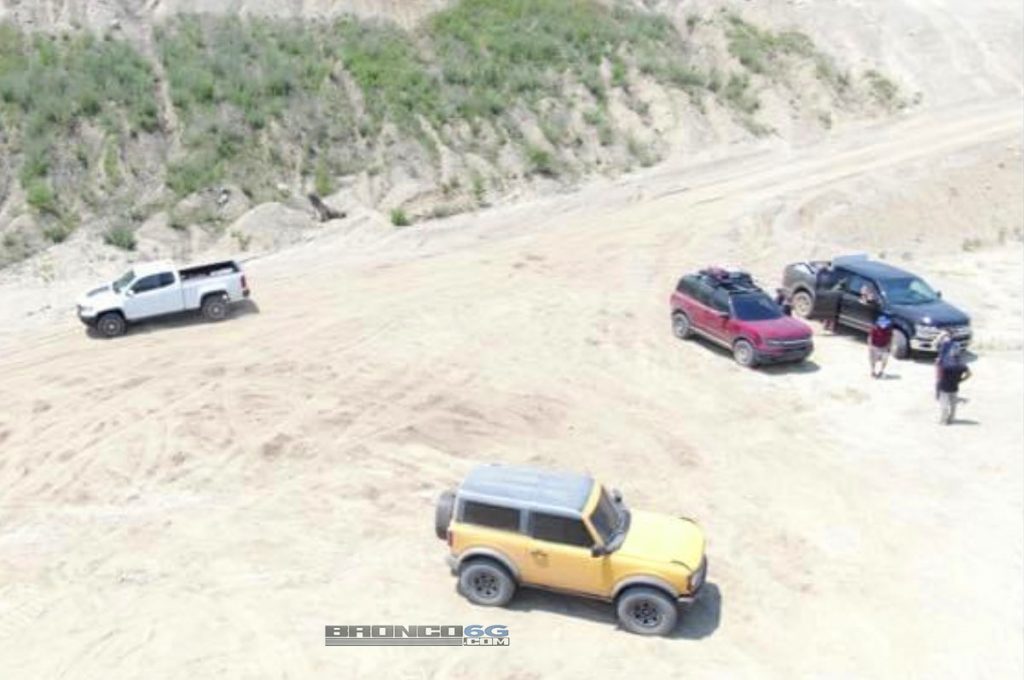 It’s been a while since we last saw the Ford Bronco two-door and four-door, as well as the Bronco Sport, without heavy camouflage. And unfortunately, the 2021 Bronco’s debut was recently delayed yet again after a bit of controversy regarding its original reveal date. But thankfully, a photo recently emerged that somewhat satisfies our need to see both new Broncos in the flesh, without any camo whatsoever. 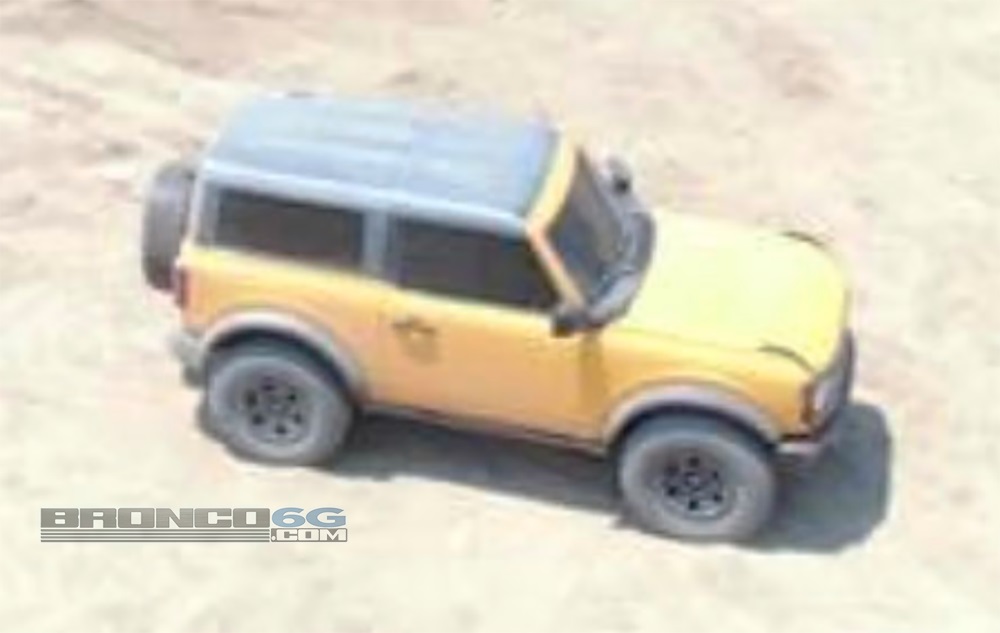 The grainy photo represents a veritable lottery for Blue Oval fans, as it depicts a yellow Bronco two-door equipped with large knobby tires, and it looks absolutely fantastic. Behind it sits a dark red Bronco Sport with some gear strapped to the roof, along with, interestingly enough, a Chevrolet Colorado ZR2. The latter is likely there for a little comparison testing.

There’s no word on where, exactly, this drone photo was taken. But it very well could have happened at Ford’s Arizona Proving Grounds in Wittmann, which would be the perfect place for a little sand testing. Otherwise, there’s really nothing new in regards to the design of the Bronco two-door that we haven’t seen before. It’s just nice to get another look at it, this time from a bit of a top-down angle. 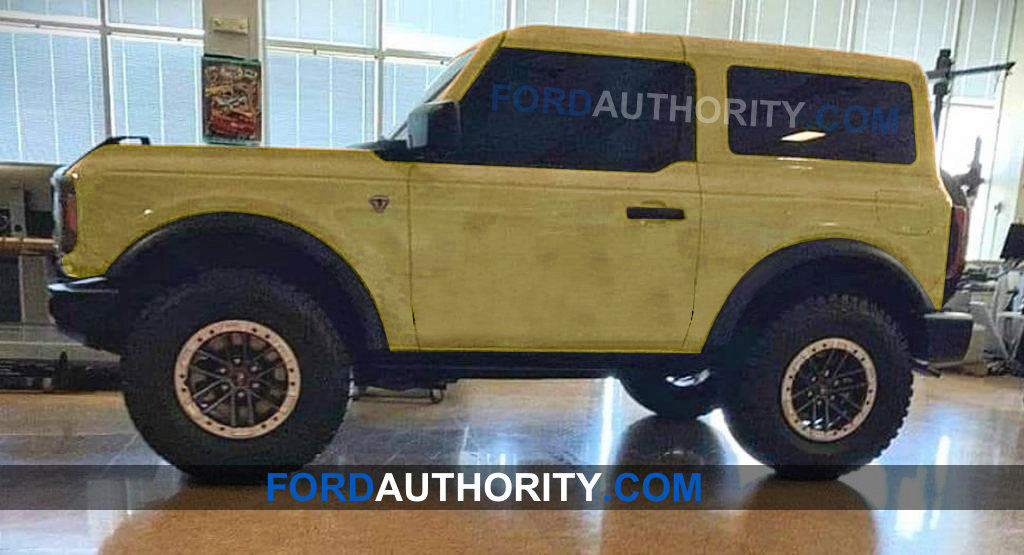 The 2021 Ford Bronco is set to debut on July 13th, after its original reveal date back in April was cancelled over COVID-19 concerns. Order books for the Bronco are scheduled to open up in December, with deliveries beginning in April of 2021.

Recent spy photos that emerged last week confirmed the 2021 Bronco will be available with a seven-speed manual transmission equipped with a granny/crawl gear. A 10-speed automatic transmission is also expected to be available. 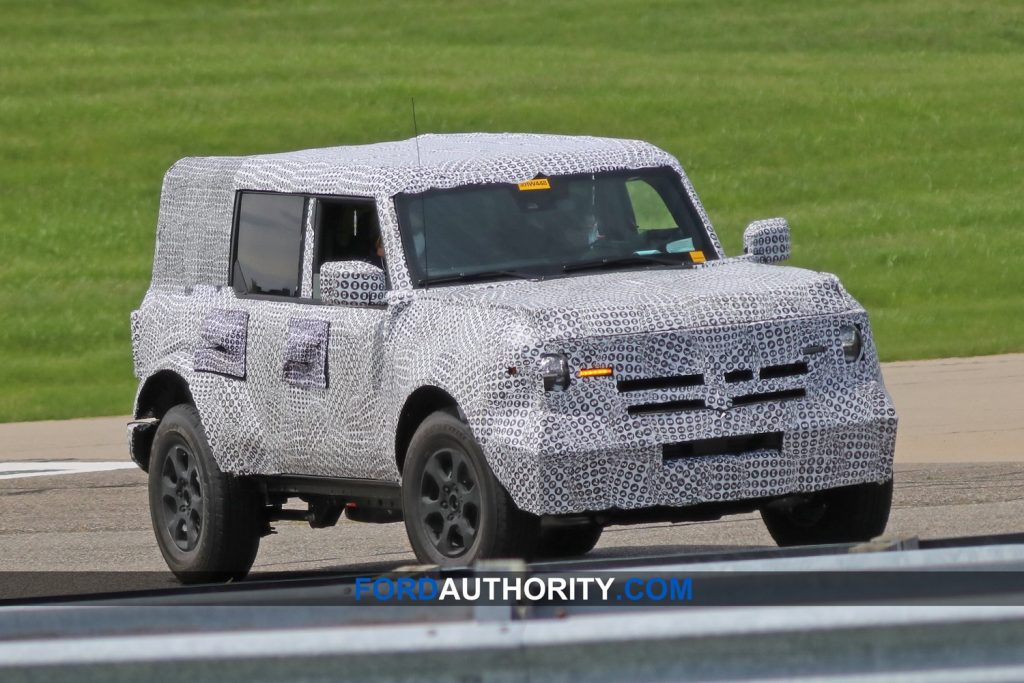 Those photos also showed a Ford 2.3L EcoBoost four-cylinder under the hood, an engine also used in the current Ford Ranger. We already know that the Bronco will also be available with Ford’s 2.7L EcoBoost V6 engine, as Ford Authority was the first to report earlier this year. A Bronco Raptor could join the lineup in 2022 and might come equipped with Ford’s 3.0L EcoBoost V6.

Buyers can opt for either a Bronco two-door or four-door at launch, and a pickup truck variant will follow roughly 18 months later. Several roof options will be offered initially, along with at least two tire packages – one for off-road use, and another for on-road use. Additionally, there will be three grille options to choose from, as Ford Authority was first to exclusively report. 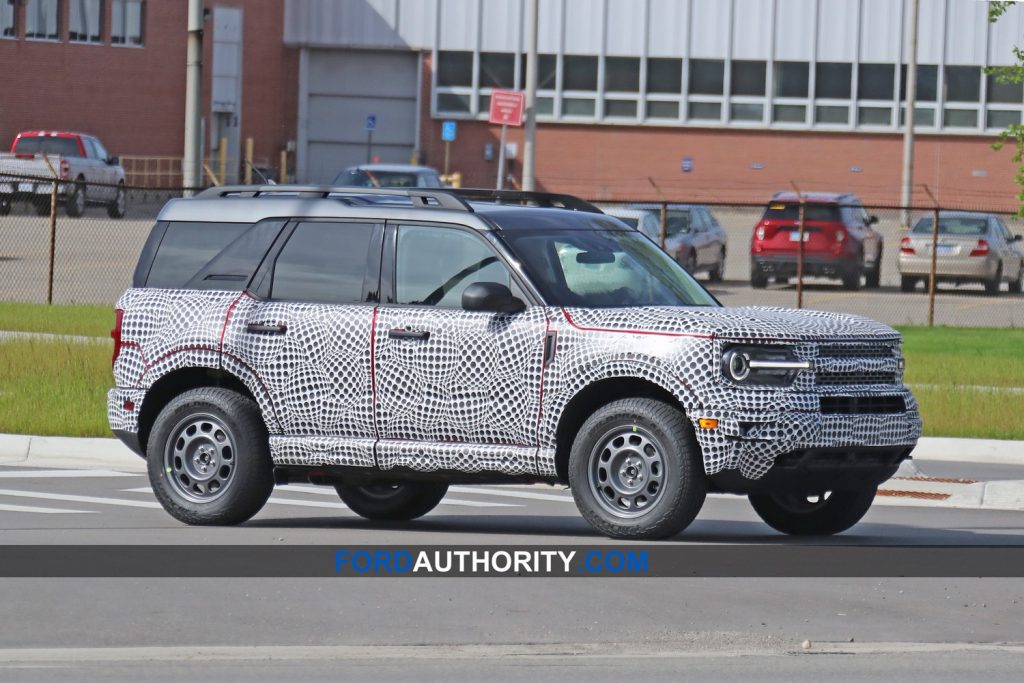 The Bronco Sport, will share its four-wheel independent suspension design with the Ford Escape, and will come in a Badlands variant with steel wheels and and Falken Wildpeak A/T tires. It will also have a liftgate that opens upward, while the regular Bronco’s tailgate swings out, as Ford Authority recently reported.

The Bronco Sport will be available with two turbo-charged gasoline engines at launch: the standard Ford 1.5L EcoBoost I-3 and the optional Ford 2.0 EcoBoost I-4 GTDI. Both are expected to be mated to Ford’s 8-speed automatic transmission. 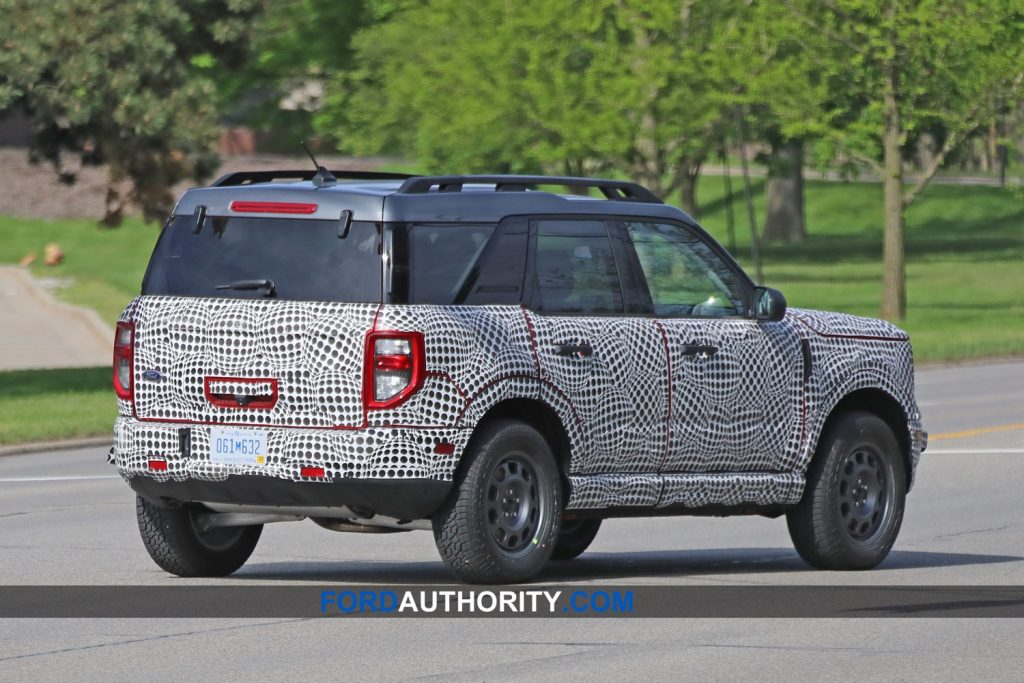 Five trim levels will be available, including the base Bronco Sport, the Big Bend, Outer Banks, First Edition, and Bronco Sport Badlands. Roughly 18 months later, a pickup variant built on the same Ford C2 platform will arrive. It is expected to be called Ford Maverick.

Early 2021 Bronco Sport production is already underway at the Ford Hermosillo plant in Mexico. Those vehicles are headed for crash testing and final testing duties, however, with regular production expected to begin later this year. The Ford Bronco will be built at the Ford Michigan Assembly Plant alongside the Ranger.

We’ll have much more on these new models very soon, so be sure to subscribe to Ford Authority for more Bronco Sport news, Ford Bronco news, and continuous Ford news coverage.