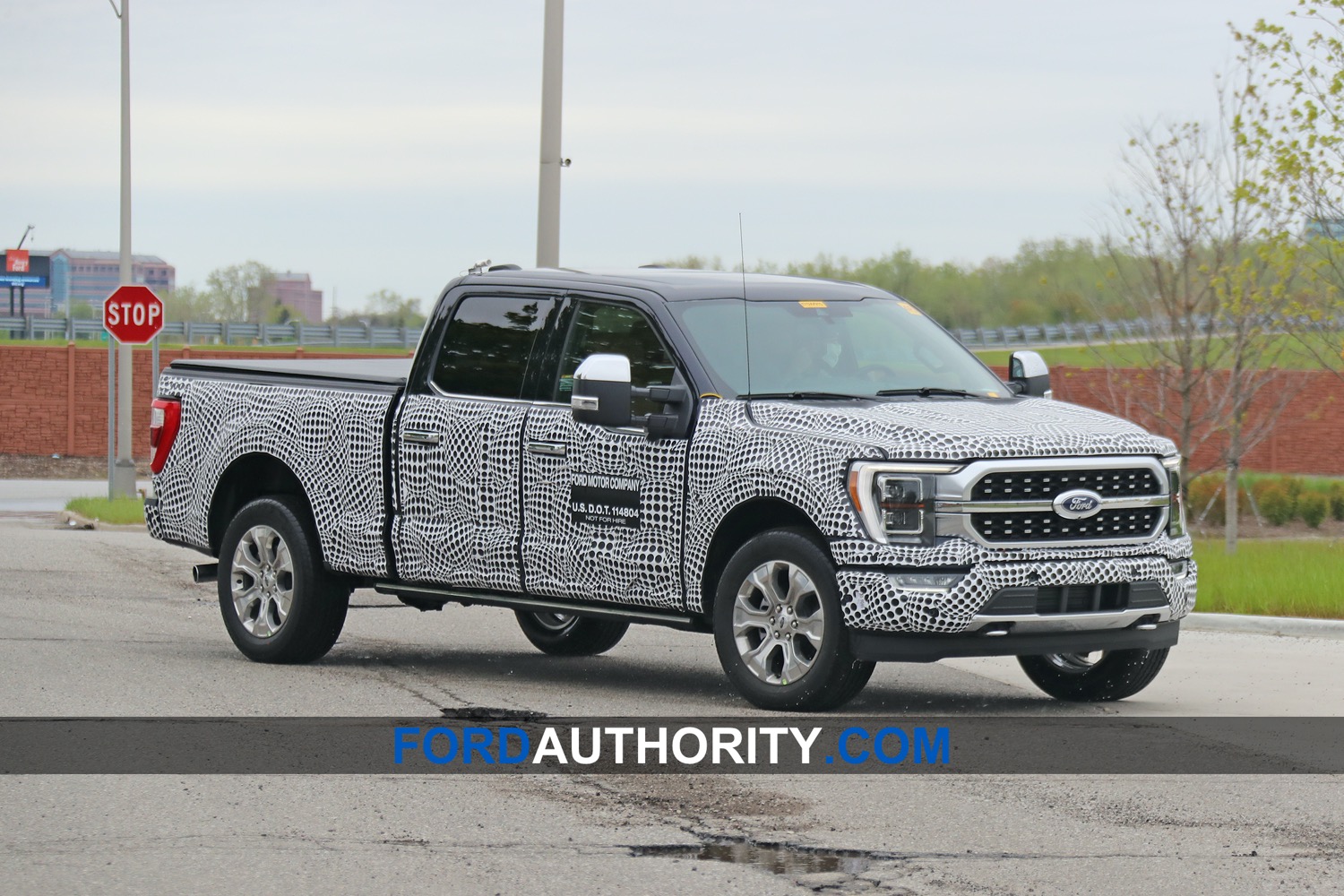 It may not necessarily look like it, but the 2021 Ford F-150 is an all-new vehicle, which is why the automaker is calling it the 14th generation model. For some, this fact has proven confusing, mostly because the new F-150’s design is certainly more evolutionary than revolutionary. But while the 2021 F-150 body panels we’ve seen in spy shots look a lot like the current-gen pickup, they’re actually brand new. 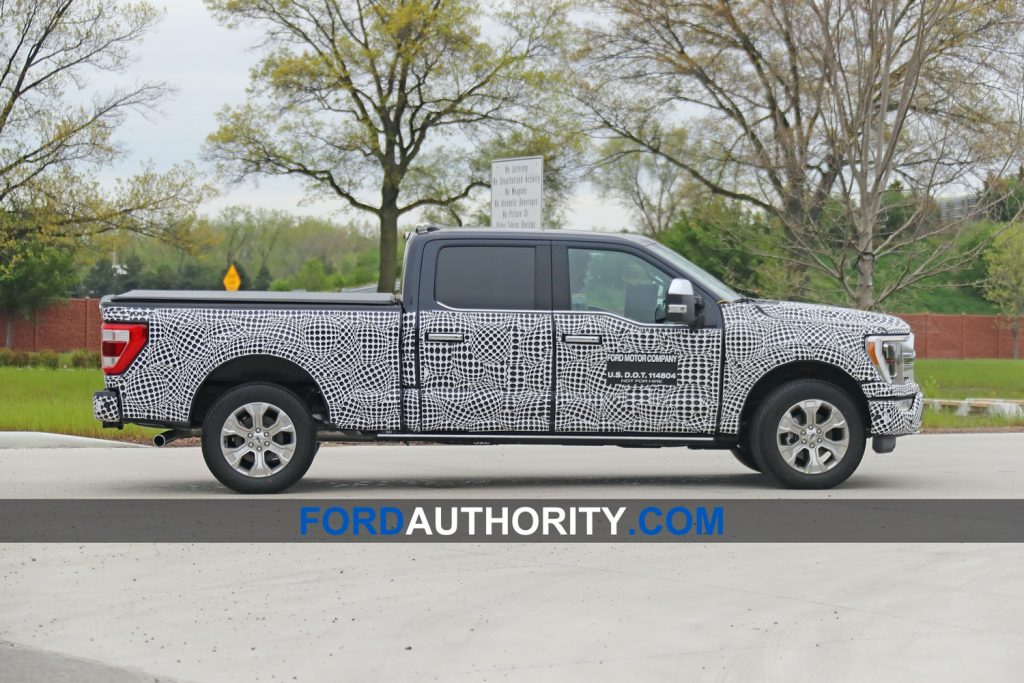 Sources familiar with product plans have told Ford Authority that the 2021 F-150 body panels, at least in terms of the front, rear, and fenders, are all brand new and not carryovers from the current generation. That doesn’t include the cab, however, which remains the same as before. And while it isn’t completely obvious, this does make a lot of sense when we take a close look at the truck.

Both the front and rear end of the new F-150 have been redesigned, with all-new headlight, taillight, and grille designs. This would certainly necessitate the use of new body panels, as none of those components would directly fit into the older panels. Granted, Ford didn’t reinvent the wheel here, but some changes were necessary to fit these new components to the truck. 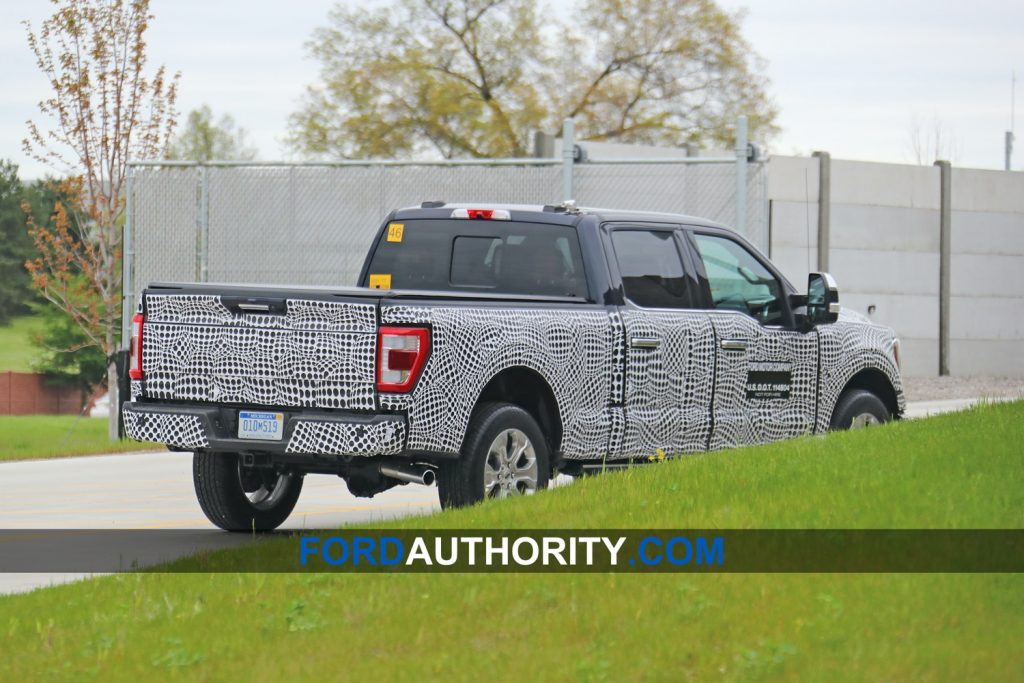 We’ll get a much better look at the 2021 F-150 body and the rest of the truck when it’s officially unveiled on June 25th. We’ve already seen quite a bit of the all-new pickup, including a Platinum trimmed example that recently gave us our first look at the fancy truck’s new interior. There, we saw the F-150’s new, larger infotainment screen and stow-away shifter, along with a new digital instrument cluster.

That screen, which was first reported by Ford Authority two years ago, sports the latest version of the Ford SYNC infotainment system. Along with its newly revised interior and exterior design, the 14th generation pickup is also expected to have a variety of new features including an onboard power generator and over-the-air update capability, and potentially a multi-function tailgate. 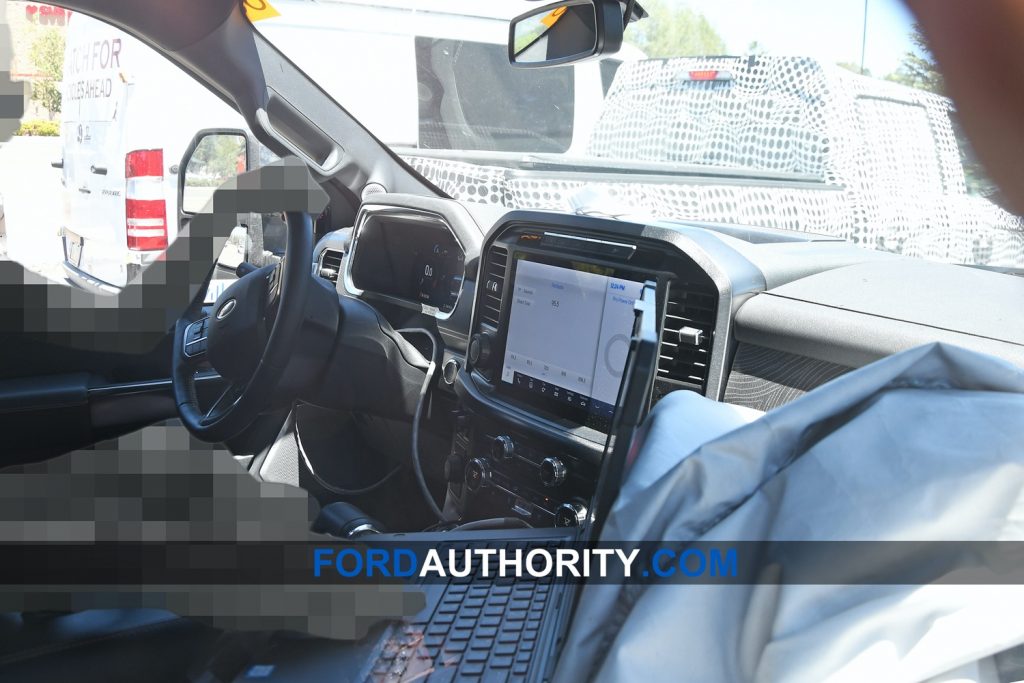 The first 2021 F-150s are scheduled to begin rolling off the line at the Ford Dearborn Truck Plant on October 12th and at the Ford Kansas City Assembly plant on November 9th, dates that were pretty much confirmed by a recently leaked summer shutdown schedule. Ford also revealed the week prior that the all-new Ford F-150 was still on track for a fall release.

We’ll have more on the new F-150 very soon, so be sure and subscribe to Ford Authority for the latest Ford F-Series news, Ford F-150 news, and non-stop Ford news coverage. 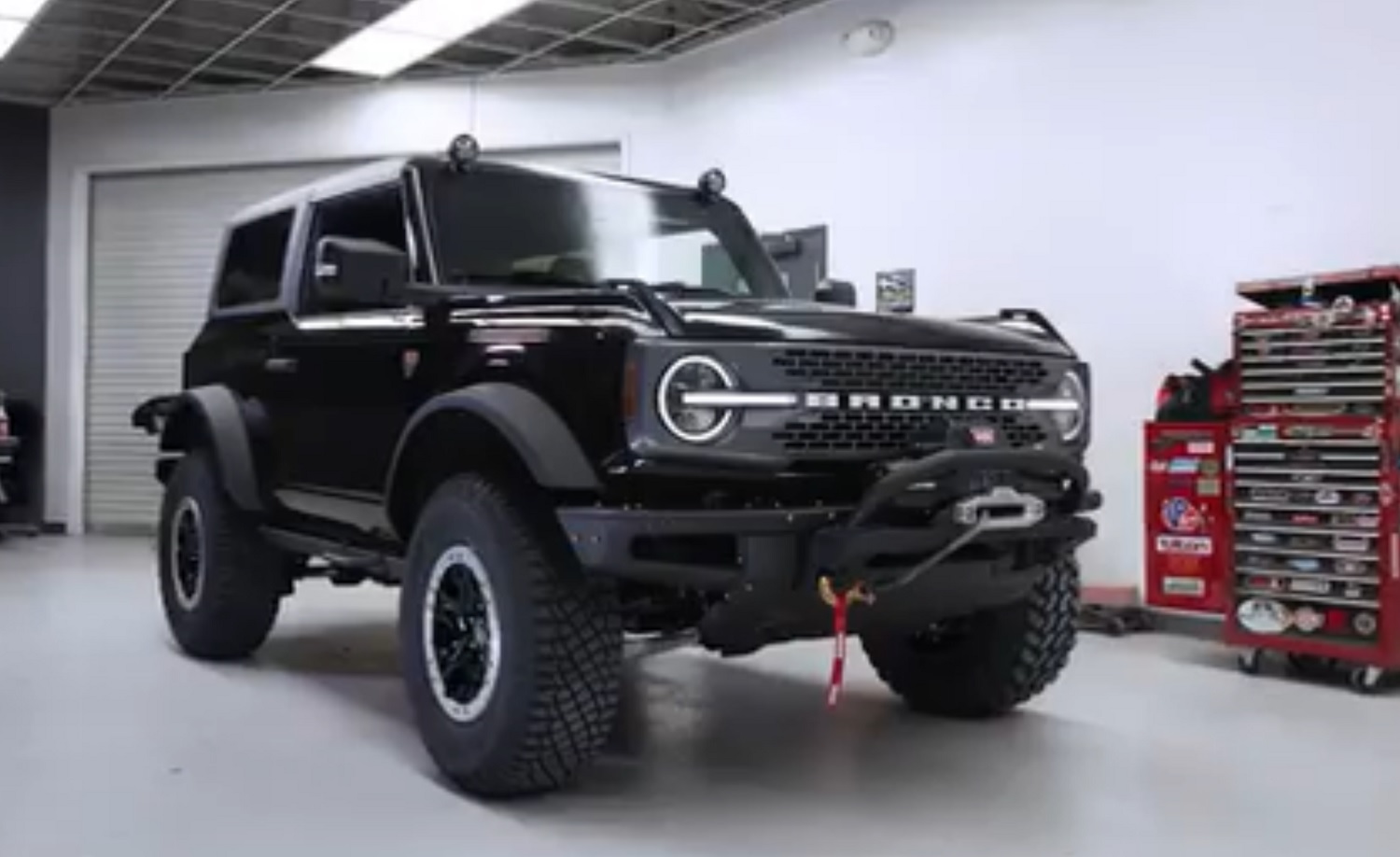 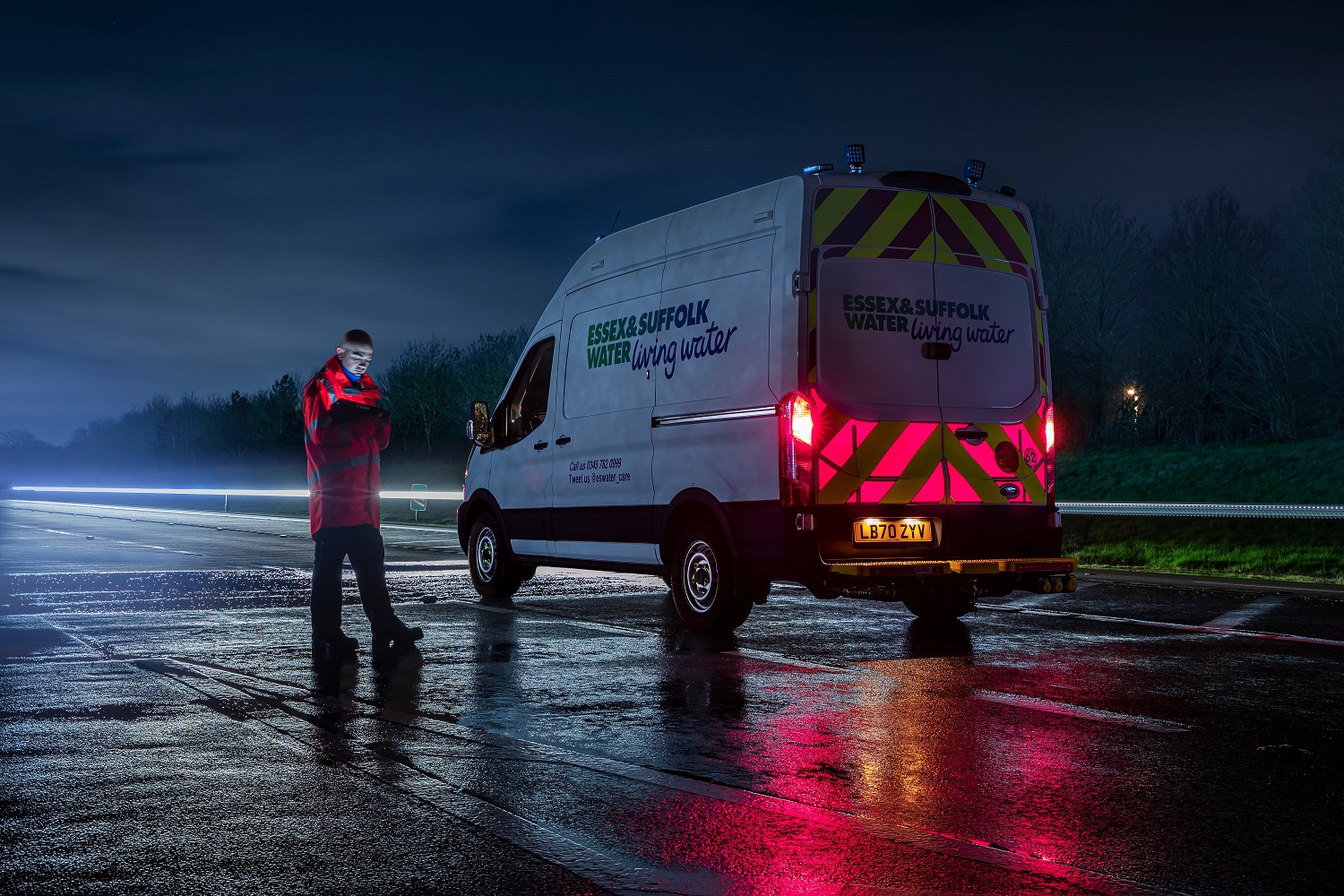