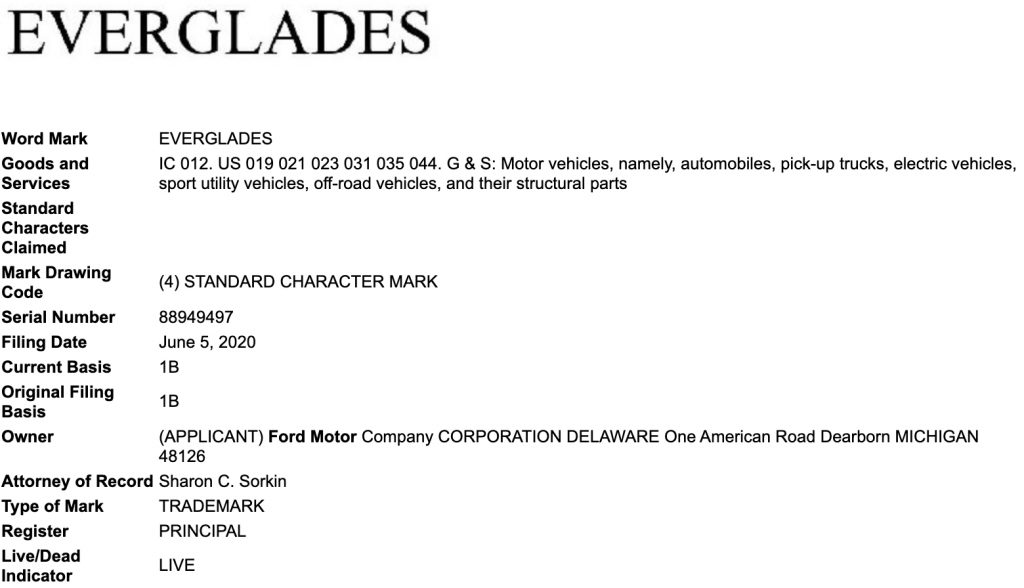 The filing comes on the heels of The Blue Oval trademarking “Outfitters“, “Excursion“, plus various grille designs.

The Everglades name seems to be a not toward the Everglades National Park – a huge wetlands preserve in south Florida made up of mangroves, marshes, and pine flatwoods that’s also home to various animal species, some endangered.

To us, the name would do well to describe an offroad-focused model variant, one that’s intended for fording rivers and bodies of standing water, rather than for desert storming and rock crawling. In fact, Everglades would make a nice complement to “Badlands” – another name that Ford has trademarked recently that we believe will be used to describe the most offroad-capable version of the upcoming Ford Bronco Sport. 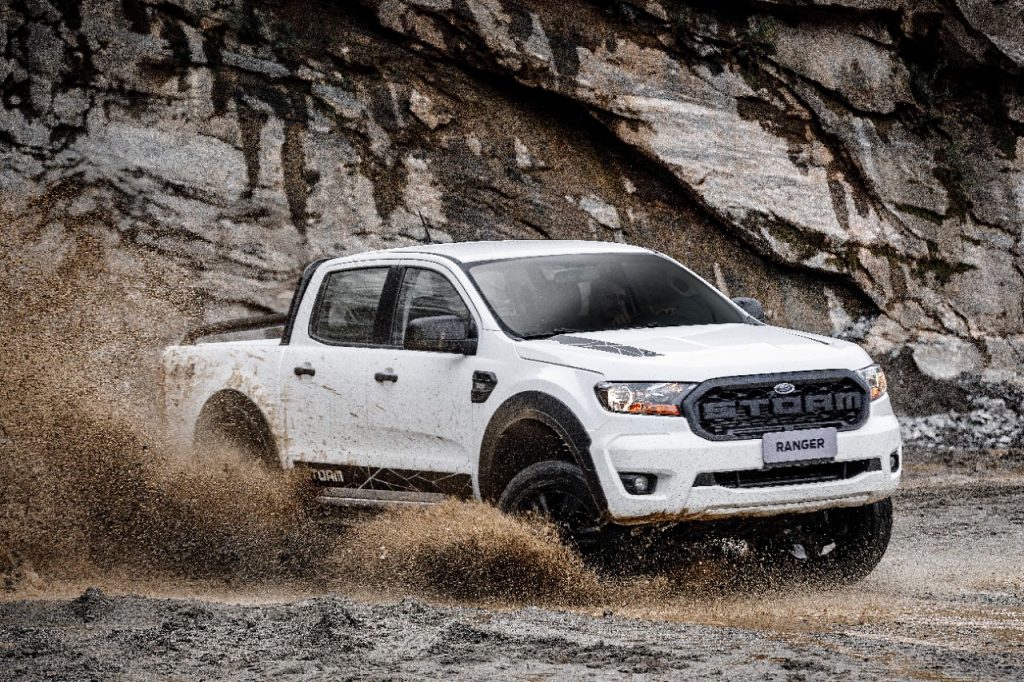 We could see various Ford trucks and SUVs offering a potential Everglades treatment that could include elements like offroad-oriented tires, a snorkel, and lighting upgrades via light bars. In fact, appending “Everglades” or “Everglades Edition” to existing Ford nameplates seems to have a good ring to it:

Another theory is that Ford could use the Everglades name for special editions of vehicles specifically for the Florida region, much like it offers Texas Editions of its F-Series pickups.

We’ll follow this one, and report back as soon as we know more. Until then, we invite you to subscribe to Ford Authority for the latest Ford trademark news, Ford business news, and ongoing Ford news coverage.