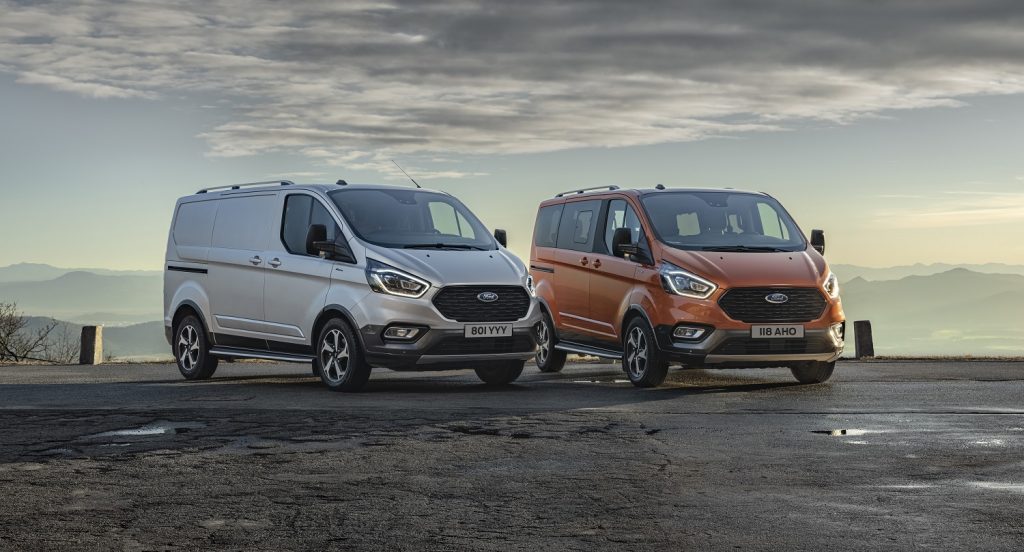 Ford has been cranking out new off-road focused vehicles, like the Ford Bronco and Bronco Sport, along with a variety of rugged trim levels for existing vehicles like the F-150 Raptor and Ranger Raptor, for some time now. And as more and more customers demand SUV and truck-like styling and more capable equipment on their rides, The Blue Oval continues to roll out even more. The latest example of this phenomenon is the all-new Ford Tourneo Custom Active.

The Custom Active version of the Ford Tourneo, introduced alongside the similarly equipped Transit Trail and Transit Custom, comes with a host of styling updates that truly set it apart from the average, boring van. This includes SUV-like styling elements like unique 17‑inch alloy wheels, a signature Active mesh grille, additional cladding on the wheel arches, body sides, rear bumper, and mirror caps, as well as standard roof rails. A full-width Active decal at the rear and Active badges on each wing complete the look. 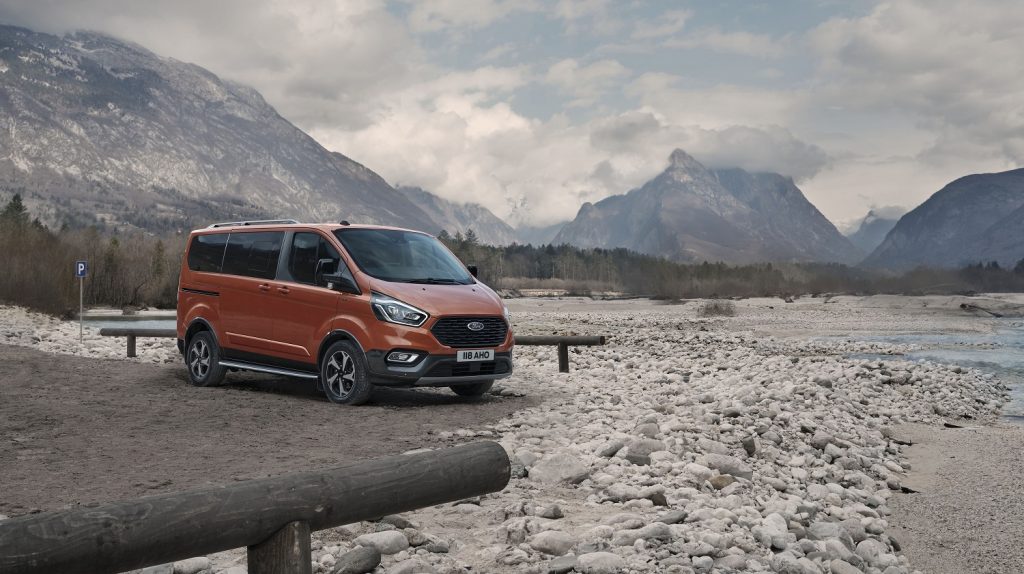 On the inside, the Tourneo Custom Active can easily be reconfigured based on cargo/people hauling requirements. The seats can move to give passengers more room or increase luggage space, which is increased even further in the long wheelbase variant. The seats can also be reversed to create a conference seating layout or removed entirely for more luggage space. The seat mounting points can then be used to mount in-vehicle racks to carry bicycles more safely.

The new Custom Active Tourneo is also available with Ford’s new mechanical limited-slip differential (mLSD), which was developed in partnership with driveline technology specialists Quaife. The mLSD automatically transfers engine torque in low grip conditions to the wheel with the most traction, allowing drivers to tackle unpaved and gravel roads,along with other rugged or challenging surfaces more easily. The vehicle’s Electronic Stability Control system has also been re-calibrated to work in unison with the mLSD.

The Tourneo Custom Active is available in both short wheelbase and long wheelbase configurations, and seats up to eight people including the driver. It’s comes with either the Ford 2.0L EcoBlue diesel engine or EcoBlue Hybrid 48-volt mild hybrid powertrain with a choice of 130 PS (128 horsepower), 170 PS (167 horsepower) and 185 PS (182 horsepower) outputs. Customers can opt for either an automatic or manual transmission.

In essence, the Transit and Tourneo Custom Active models share a lot of similarities, though the Transit version is available in a wider variety of configurations including a panel van, double-cab-in-van, kombi, single chassis cab, and double chassis cab. The Transit Trail is also available with an Intelligent All-Wheel Drive system.

We’ll have more on all these and all other new Ford models soon, so be sure and subscribe to Ford Authority for 24/7 Ford news coverage.