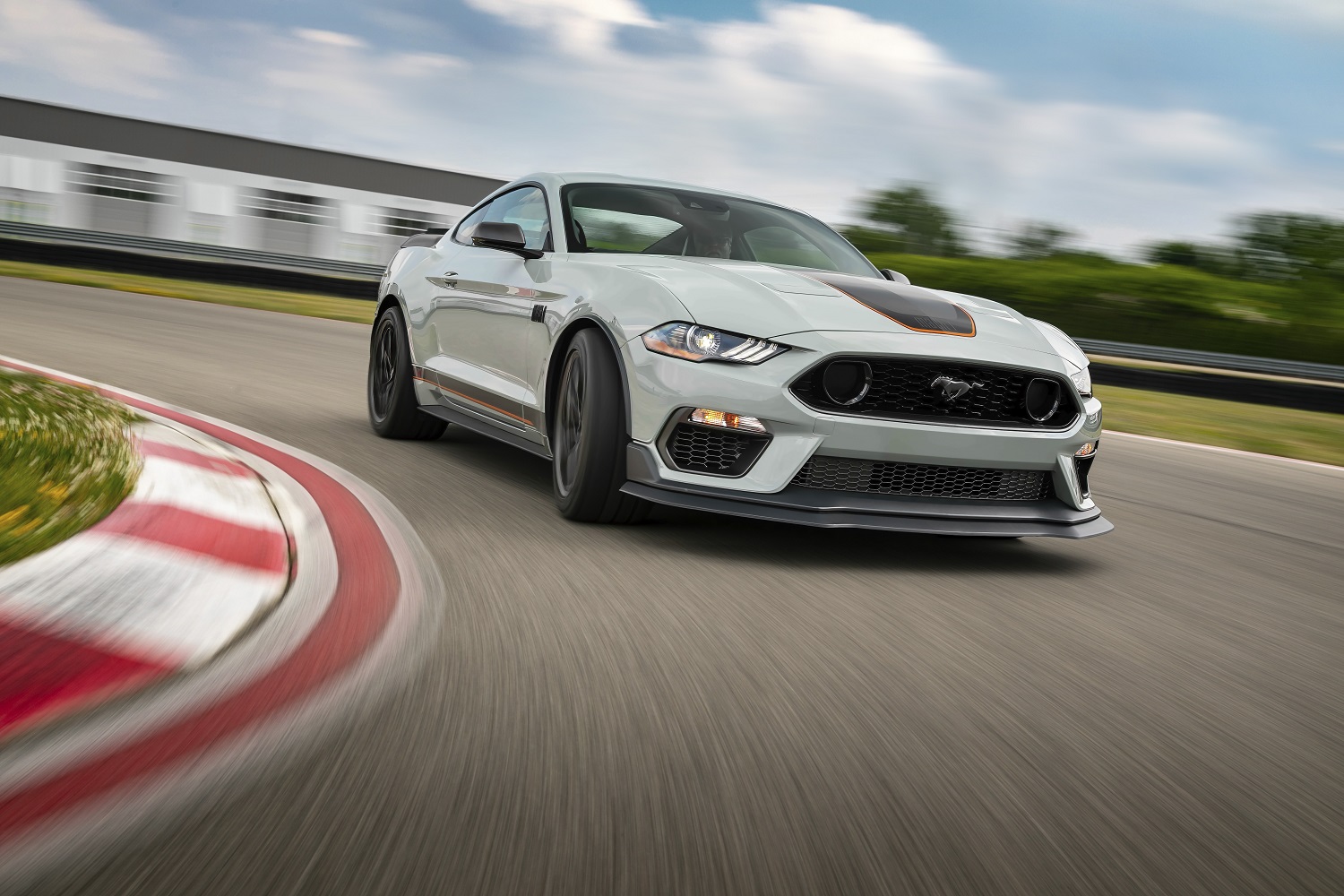 We knew all along that the 2021 Mach 1 would be available with a manual transmission. What we didn’t know, however, was which manual transmission Ford would put in the reborn Ford Mustang special edition. That question was answered when The Blue Oval officially pulled the covers off the car this week, and we were pleasantly surprised to see the Tremec TR-3160 six-speed manual transmission residing behind the Mach 1’s naturally-aspirated 5.0L Coyote V8. 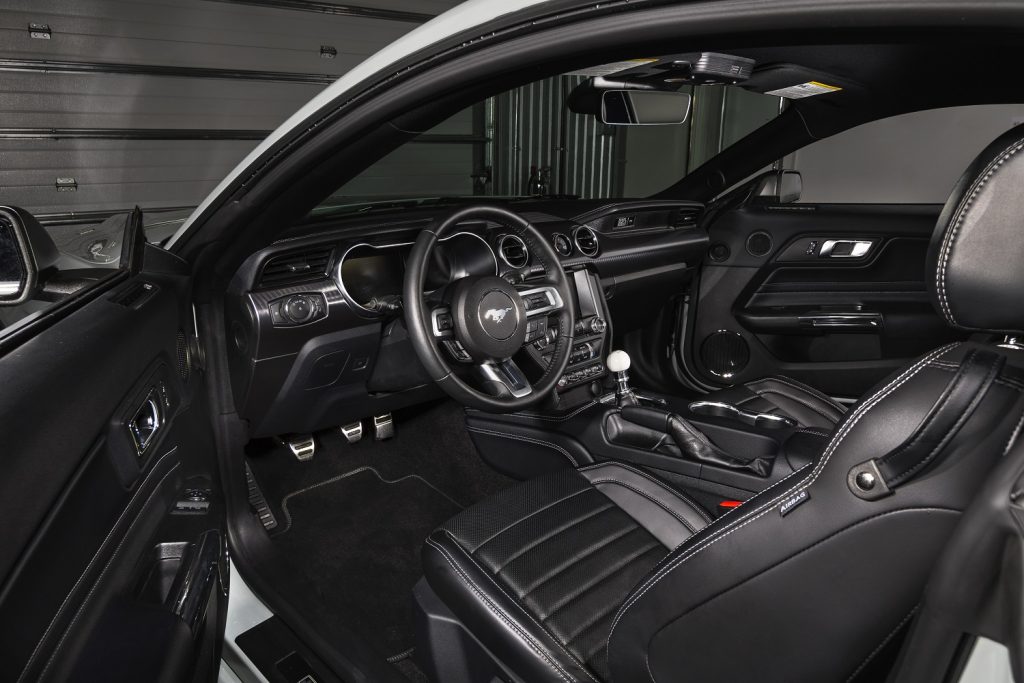 Things could have been very different, of course. After all, the car the 2021 Mach 1 is replacing, the Bullitt, came with Getrag’s much-maligned MT-82 six-speed manual. The same transmission that’s currently the subject of a class action lawsuit after many owners have reportedly suffered from notchy shifts, third gear lockouts, and prematurely broken and worn parts.

The Tremec, on the other hand, is a superbly crafted piece of machinery known for its buttery smooth shifts, which is why Ford put the TR-3160 in the Shelby GT350 and GT350R. It could have cheaped out here and stuck with the MT-82, but it didn’t, and that says a lot. It’s quite possible that the automaker is going to move on from the Getrag unit altogether, but at the very least, it determined that it wasn’t fit for serious track duty.

Ford is marketing the 2021 Mach 1 as “the most track-capable 5.0-liter Mustang ever,” so clearly, it can’t just stick some notchy manual in it and call it a day. The Mach 1 may not be any more powerful than the Bullitt (both offer up 480 horsepower and 420 pound-feet of torque), but the Bullitt is more of a niche cruiser than track dominator.

The Tremec TR-3160 is already proven in that capacity, and features high strength steel gears and shafts, as well as high capacity tapered bearings and high-capacity synchronizers. It’s designed to take copious amounts of torque without breaking, and provides consistently smooth shifts. And that’s exactly what a driver expects at the track. 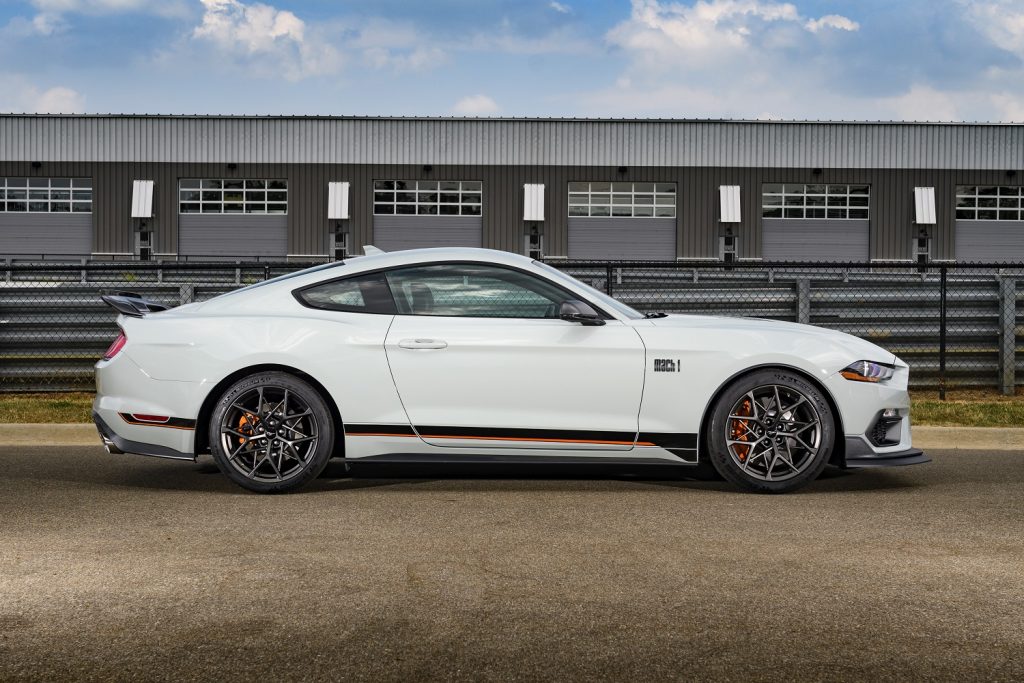 Not only did Ford deem the Tremec a necessity for the 2021 Mach 1, it also made it better by giving it rev-matching for the first time and pairing it with the GT350 oil cooler system. For those who’ve driven both an MT-82 equipped GT or Bullitt and a GT350 with the Tremec, this decision is a far bigger deal than anyone else might think.

We’ll have much more on the 2021 Mach 1 soon, so be sure to subscribe to Ford Authority for more Ford Mustang news and around-the-clock Ford news coverage.