Ford Mustang fans looking for a factory turnkey high horsepower option have essentially one choice – the Shelby GT500. Luckily, a series of tuners are happy to provide alternative options, including the likes of Roush, Saleen, RTR, and Shelby. The latest example comes to us from the former, and it’s called the Jack Roush Edition Mustang. It might also just be the best of the bunch. 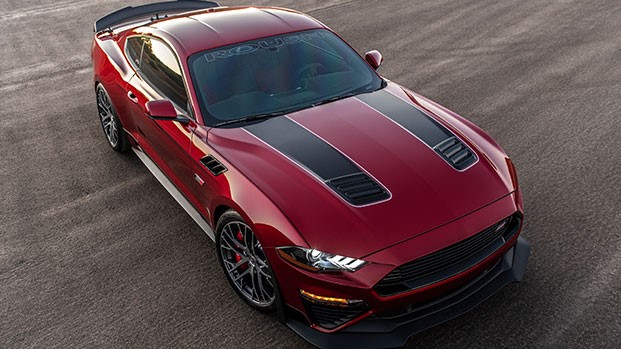 Like most tuned Mustangs, the Jack Roush Edition Mustang uses a supercharger to achieve its lofty 775 horsepower and 670 pound-feet of torque ratings – in this case, a stage 3 Roush blower. That’s good enough for a claimed 0-60 time of 3.4 seconds and a quarter-mile time of 10.7 seconds. It’ll even pull 1.14 gs on the skidpad. The Jack Roush Mustang is available with either a manual or automatic transmission, so we’ll assume those numbers were achieved with the latter. 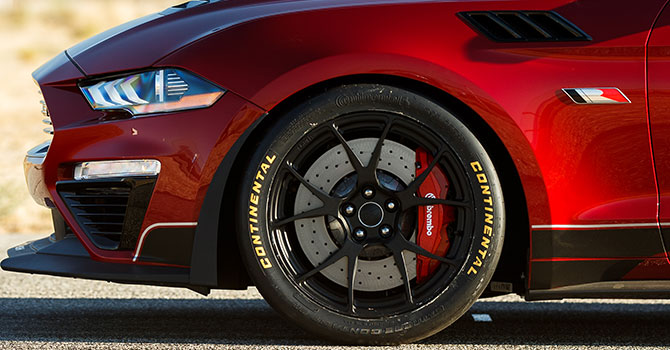 The Jack Roush Edition Mustang was built to be a tribute to its namesake, the founder of Roush Performance and one of the winningest team owners in motorsports history. As such, it’s a total package, with an upgraded cooling package, active aero carbon fiber wing, Roush-calibrated Magneride suspension, 6 piston Brembo brakes in the front and rear, and diamond-machined 20 inch wheels wrapped with ultra high-performance Continental ExtremeContact sport tires. 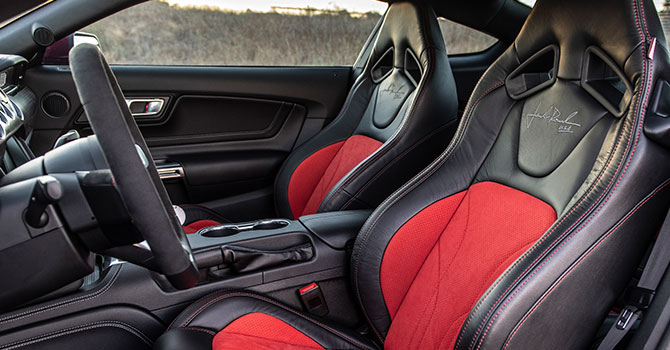 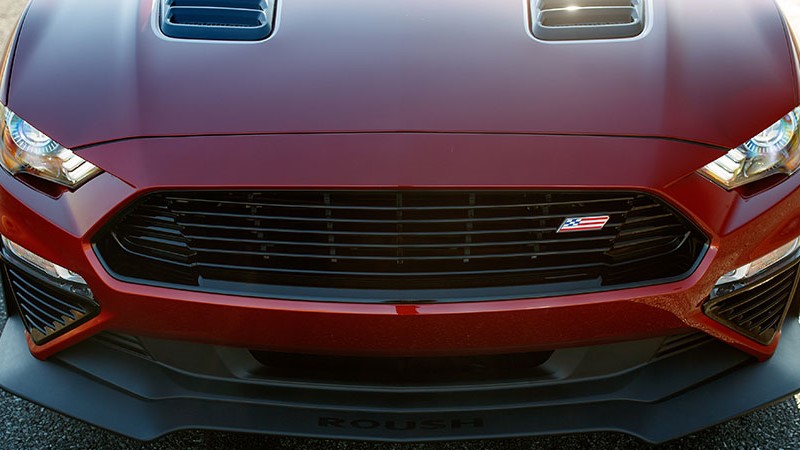 Of course, the Jack Roush Mustang also comes with a host of badges on the exterior and interior, special graphics, and a certificate of authenticity. The car looks quite unique as well, thanks mostly to an R9 Aero body kit and “street presence” exterior lighting upgrades. Even the engine bay gets a special styling package to show off the fortified 5.0L Coyote V8. 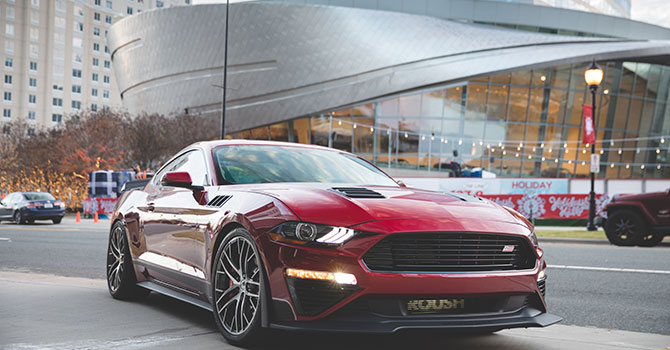 The Jack Roush Edition Mustang is undoubtedly a nice addition to a long line of tuner pony cars, but it isn’t exactly cheap. The package adds at least $50,995 to the cost of the car, so owners could very easily be staring at a six-figure Mustang. But for those who don’t want to take chances with their build, the Roush Mustang does offer a lot of peace of mind with a 5 year, 60,000 mile limited powertrain warranty and 3 year, 36,000 mile body warranty.

We’ll have more great aftermarket rides like this soon, so be sure to subscribe to Ford Authority for more Ford Mustang news and continuous Ford news coverage.