Just last week, we reported that all 3,500 2021 Ford Bronco First Edition reservations had sold out within hours, which wasn’t terribly surprising. After all, this is a very special model, jam packed with every single option available in a unique package that’s also bound to be a collector’s item of sorts. Now, it appears that Ford has decided to not only make a few more Bronco First Edition models available to customers, but it’s going to double them.

Ford Authority reached out to Michael Levine, Manager, Ford Product Communications, who confirmed this boost in production. “Due to overwhelming demand, we made a one-time increase to the quantity of limited-edition First Edition models to 7,000 total. Reservations for the limited-edition First Edition 2- and 4-door Broncos are full,” Levine said.

That means, unfortunately, those that didn’t select a First Edition while reserving their Bronco won’t get a second chance to get one. It does, however, mean that twice as many people who wanted one will in fact get one. This is obviously good news for those folks, but potentially bad news for those who secured one of the original 3,500 reservations with the expectations of reselling it for top dollar. 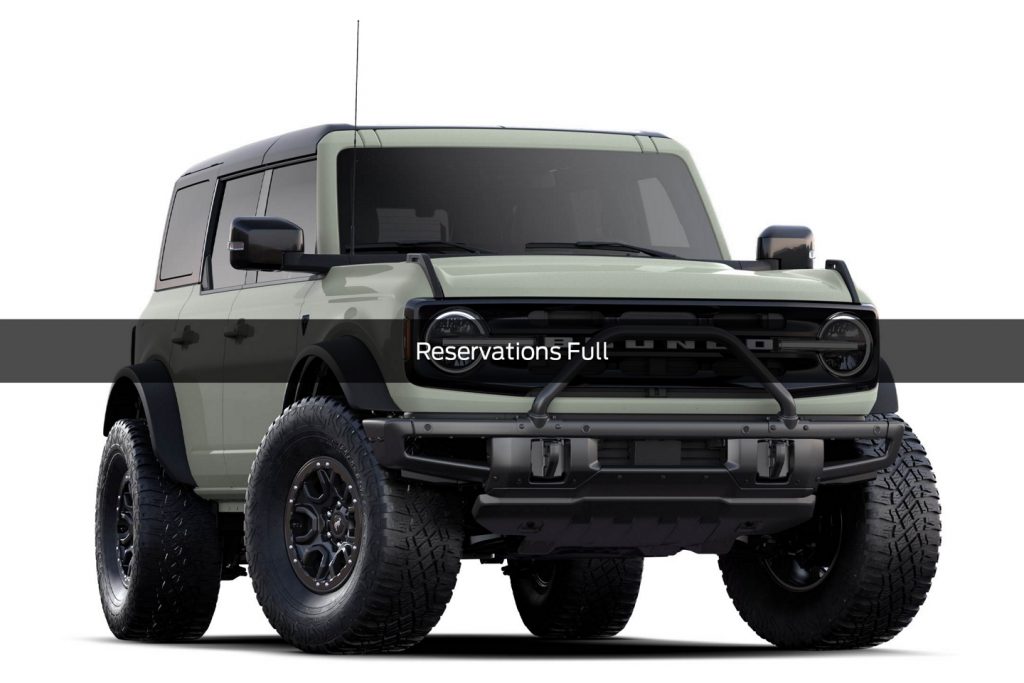 Those lucky (now) 7,000 folks will be getting what serves as the “ultimate” example of the all-new Ford Bronco. It combines the mechanicals of the Badlands, the interior of the Outer Banks, and the exterior of the Wildtrak to create a fully loaded Bronco for those who want it all.

For a base price of $59,305 (minus the $1,495 destination charge), the Bronco First Edition wears a First Edition hood and bodyside graphics, as well as a Shadow Black painted modular hard top with a matching grille and side mirror caps.

The First Edition is exclusively powered by Ford’s 2.7L EcoBoost V6, which is projected to produce 310 horsepower and 400 pound-feet of torque. It comes standard with a 10-speed automatic transmission with Trail Control, as well as Advanced 4×4 with Automatic on Demand Engagement.