Even before the 2021 Ford F-150 was officially unveiled, we wondered aloud what sort of antenna setup the all-new pickup would have. Turns out, the old fashioned whip antenna just refuses to go away, and has returned for yet another year. But in one of the 2021 F-150 teaser photos Ford put out prior to the release, we also noticed two strange “bumps” on the roof of the pickup, and the automaker didn’t say what they were for. Until now. Andrew Surma of Ford Trucks communications confirmed to Ford Authority that the two “box like” items on the roof are in fact antennas, as we originally assumed. One of them contains the embedded modem, and the other is used for SiriusXM satellite radio. This is a big departure from the current 13th gen F-150, which uses a large “shark fin” antenna placed at the front passenger side of the roof instead. Many owners weren’t fans of the old shark fin, as it was somewhat unsightly and protruded rather far from the roof area. Those with lifted trucks were also hampered a bit by the extra height provided by the antenna, which motivated the aftermarket to come up with lower profile replacement pieces. But Ford has addressed those issues with the 2021 F-150, which should please owners looking to make the switch to the new model.

Meanwhile, however, the old whip antenna, which has way more than nine lives at this point, returns once again to help receive AM/FM signals for the F-150’s radio. While this doesn’t bother some folks, those that hate the look do have plenty of aftermarket replacement options. Or, they could simply remove it if they don’t listen to AM/FM radio stations, which a lot of folks don’t bother with these days, anyway. 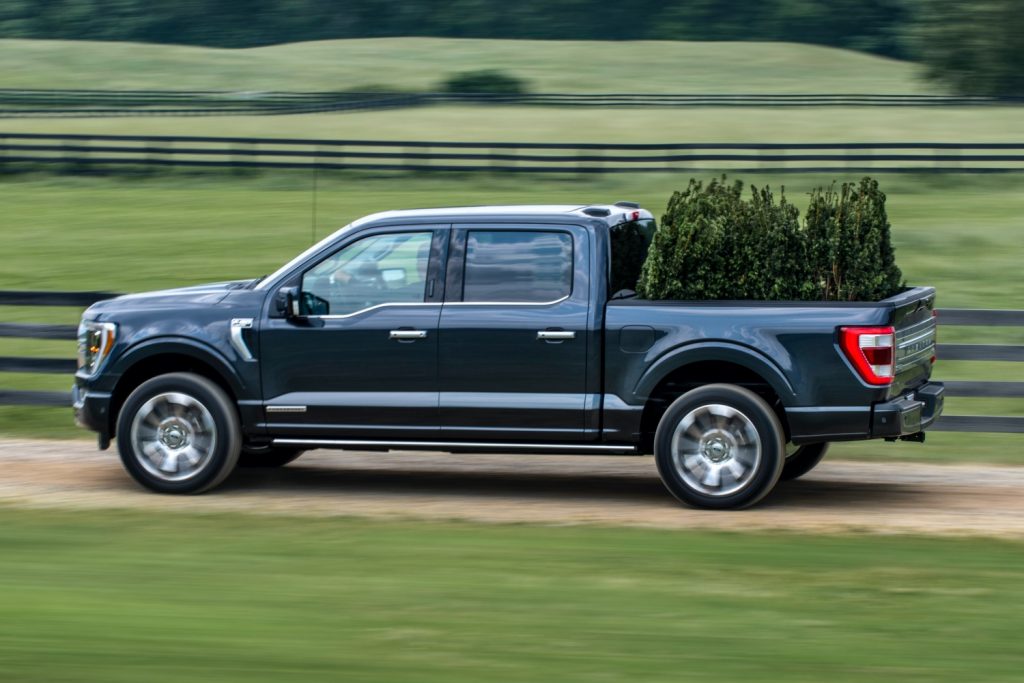 We’ll have more on the all-new F-150 soon, so be sure and subscribe to Ford Authority for the latest Ford F-Series news, Ford F-150 news, and continuous Ford news coverage.