We’ve seen some truly wild pickups over the years, but nothing compares to this insane Ford F-350 Super Duty with a semi truck sleeper cab stuffed in the middle. The story behind this insane machine has remained largely a mystery since a single picture of the truck emerged on Reddit three years ago. Thankfully, The Drive was recently able to track down the trucks’ owner, Patrick Daughton, and get some more information about it. 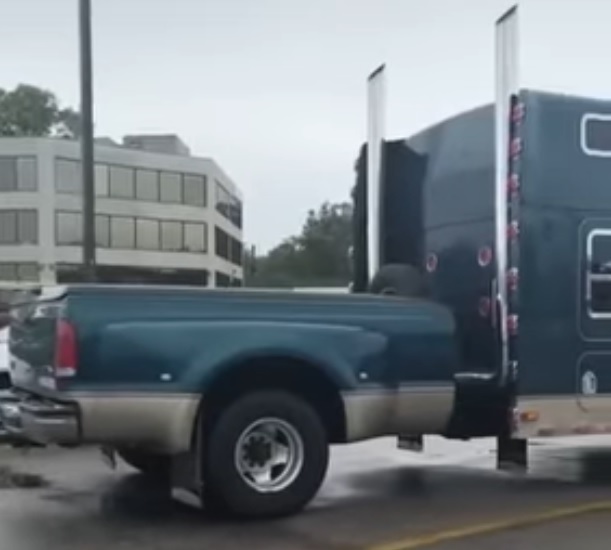 Daughton began building his 2000 Ford F-350 Super Duty back in 2008, with the intentions of doing something crazy. After the idea of installing a full-size semi sleeper cab popped into his head, he began searching for a suitable candidate. Daughton found just the right piece after traveling from his home state of Illinois down to Missouri, spotting a Kensworth sleeper sitting in a giant yard full of big rigs.

As one might imagine, installing this massive sleeper cab onto a Ford Super Duty pickup wasn’t exactly an easy task. It took Daughton a full 19 months to complete the project, which involved stretching the F-350’s frame by 10 feet, 8 inches. The newly elongated wheelbase measures in at a whopping 23 feet, which is just about as long as a real semi. 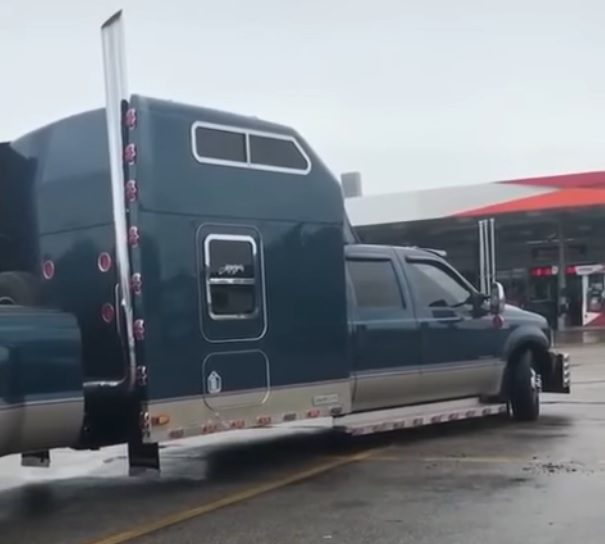 The cab is rather functional too, and opens up into the F-350 cab for easy access. Passengers in the pickup are even able to stand up and walk right into the sleeper if they desire a nap on the open highway. Those giant exhaust stacks are also functional, and the pickup sports a 91-gallon auxiliary fuel tank for the long haul.

Regardless, Daughton isn’t using his Super Duty as some cross-country hauler. Instead, he simply loves showing it off and watching the reactions of curious onlookers when they catch a glimpse of the Blue Oval monstrosity. Just like it captured the imagination of thousands of people when it went viral three years ago, we imagine.

We’ll have more wacky and wild machines like this to share soon, so be sure and subscribe to Ford Authority for the latest Ford F-Series news, Super Duty news, Ford F-350 news, and continuous Ford news coverage.