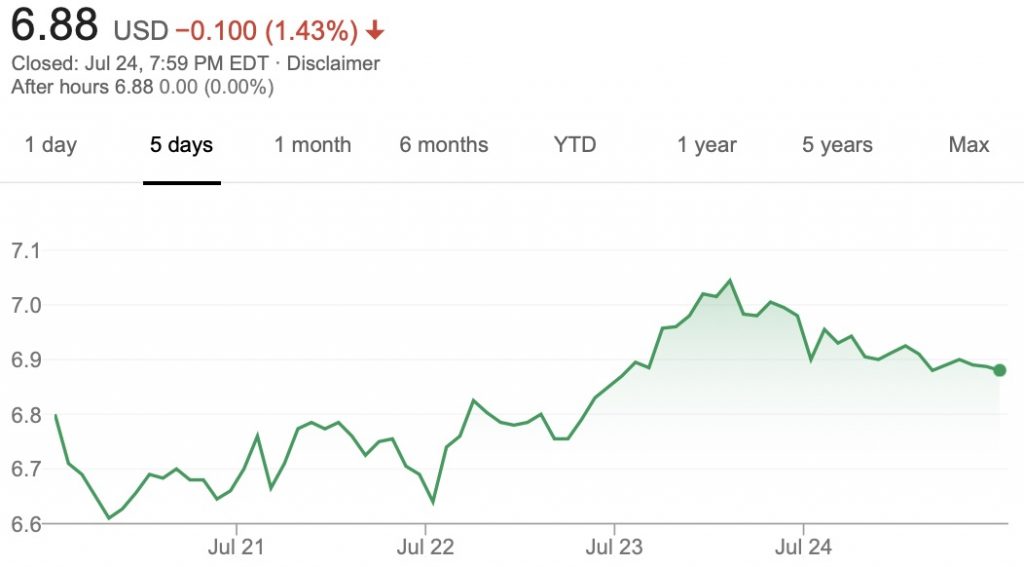 Ford stock has seen historically-low values during the COVID-19 pandemic, with some being the lowest recorded values in over a decade. Last week’s value of $6.88 leaves Ford shares $2.54 lower than than the $9.42 per share at which Ford stock opened the 2020 calendar year.

It would seem that this week’s gains coincided with the reveal of the all-new 2021 Ford Bronco and 2021 Ford Bronco Sport. The limited-production First Edition model of the Bronco two-door and four-door sold out in just a few hours, causing Ford to double availability. The Bronco Sport sold out in less than two days. Both models have seen substantial interest,  causing massive traffic spikes on automaker’s website.

That said, expectations of the upcoming release of The Blue Oval’s Q2 2020 earnings, set to be reported this week, on July 30th, may have an unfavorable impact on the value of Ford shares. During its Q1 2020 earnings call, the Dearborn-based automaker predicted a loss of up to $5 billion for the second quarter, primarily as a result of factors associated with COVID-19.

The COVID-19 pandemic caused Ford production to be idled for roughly two months, partially resulting in Ford’s $2 billion loss for Q1 2020. With the opening of all plants and steady sales, The Blue Oval could perform better than expected. A wave of upcoming desirable and profitable new products should also help turn the time. 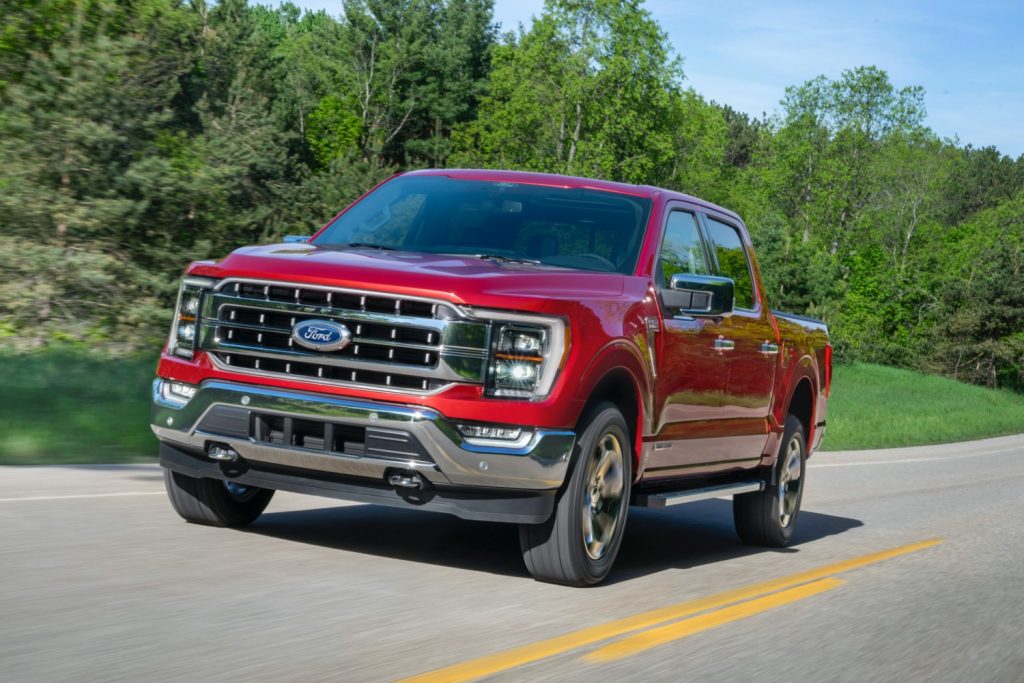 Besides the Bronco and Bronco Sport, Ford also recently unveiled the all-new 2021 F-150 – its most profitable and revenue-generating product. The all-new pickup truck features a significant amount of updates and new features, along with an all-new exterior and interior. The 2021 F-150 is expected to see a gradual rollout before hitting full stride in roughly two or three quarters following the start of production.

The Coronavirus pandemic forced Ford to idle production across North America, South America, Europe and China, putting the firm in a very disadvantageous position. The scenario resulted in a steep decline in revenues and an accelerated burn in cash, resulting in a loss-making scenario for Ford (or for any automaker, for that matter)

In May, Ford COO Jim Farley bought $1 million in Ford stock, making it the largest open-market share purchase by a Ford executive in a decade.

Ford Motor Company’s business health had several business-related issues well before the global COVID-19 outbreak, including lack of profitability in several key vehicle lines and in international regions, along with quality issues in critical product launches. To that end, Ford CEO Jim Hackett replaced Joe Hinrichs with Jim Farley as COO, allegedly due to major issues associated with the rollout of the all-new 2020 Ford Explorer and Lincoln Aviator – two key models that come at a critical time, given the popularity of crossovers and SUVs.

In late 2020, the very first units of the all-new Ford Mustang Mach-E will begin arriving at dealers. The Mach-E is an electric, four-door crossover inspired by the legendary Mustang pony car. The vehicle represents the direction in which Ford is moving as a company and where it’s taking its vehicle lineup.

The Mustang Mach-E also demonstrates that Ford isn’t afraid to redefine legendary nameplates. The automaker sold out the introductory Mustang Mach-E First Edition variant, which is a promising development, if it should serve as an indicator of future Ford share values.