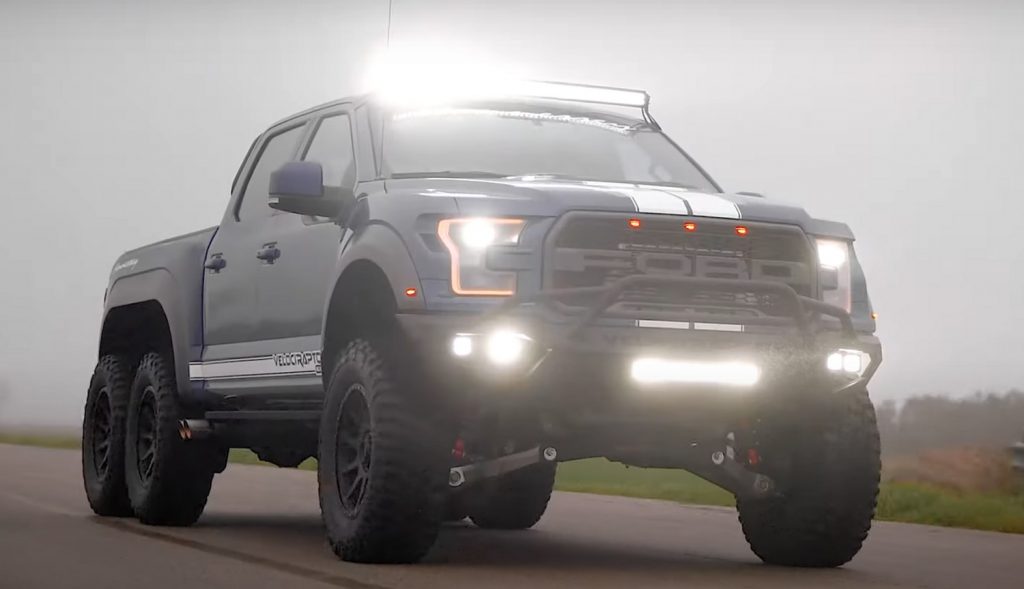 Today’s trucks are arguably the most versatile vehicles ever produced. They’re comfortable, powerful, capable of hauling and towing extremely heavy loads, surprisingly fuel efficient, and spacious enough to carry the whole family around town. But Hennessey’s VelociRaptor lineup aims to make the second-gen Ford F-150 Raptor and Ford Ranger even more well-rounded machines, a fact it touts in a new video showing the entire family of modified Raptors. 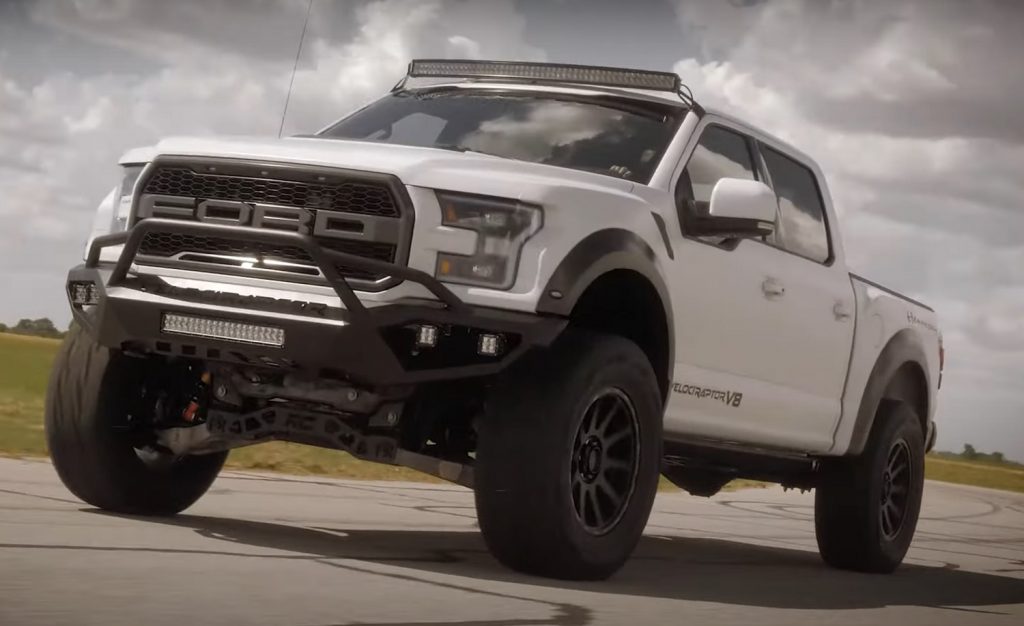 The VelociRaptor is available in a variety of configurations, including the V8-powered model, 600 Twin-Turbo, and the insane 6×6, as well as the Ranger VelociRaptor. The V8 version packs a supercharged 5.0L Coyote V8 that cranks out 758 horsepower and does 0-60 in 4.1 seconds.

Those that want to stick with the 3.5L EcoBoost V6 can opt for the 600, which puts out 600 horsepower and does 0-60 in 4.2 seconds thanks to a new exhaust, high-flow induction system, and custom tune. And the 6×6 adds an extra axle and two wheels to the mix, which results in one of the most extreme trucks we’ve ever seen. 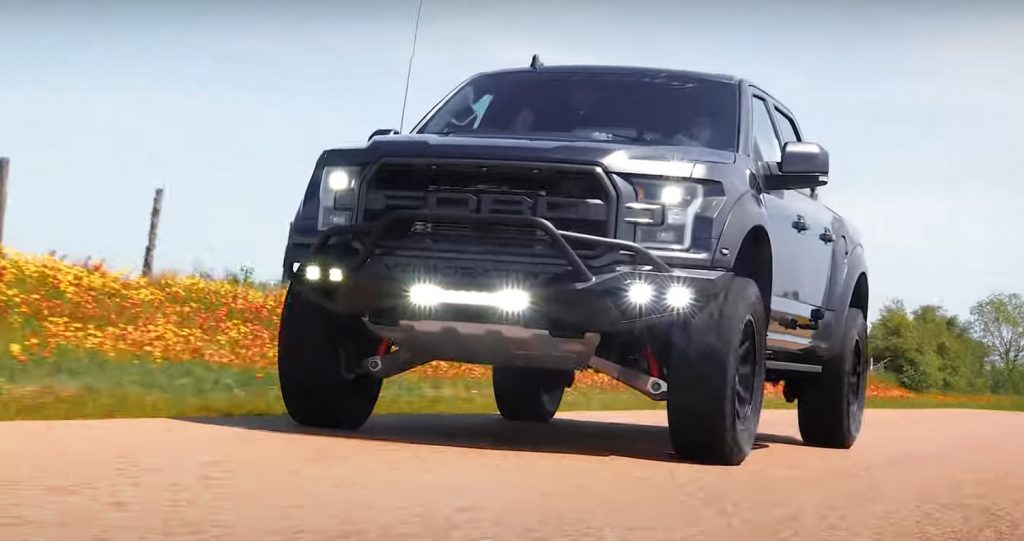 Those in the U.S. who can’t buy a Ranger Raptor can also look to Hennessey for a solution, as its Ranger VelociRaptor features a host of suspension, visual, and performance upgrades. The stock 2.3L EcoBoost I4 has been treated to an engine management system upgrade, exhaust, and tune, and puts out 360 horsepower while going 0-60 in 4.9 seconds.

The beauty of the VelociRaptor treatment is that it only enhances what’s already great about the F-150 Raptor and Ranger. These trucks are even more capable off-road, thanks to suspension and tire upgrades, in addition to their vastly improved performance. And they’re all also backed by a warranty, so if anything goes wrong, buyers have a little peace of mind. 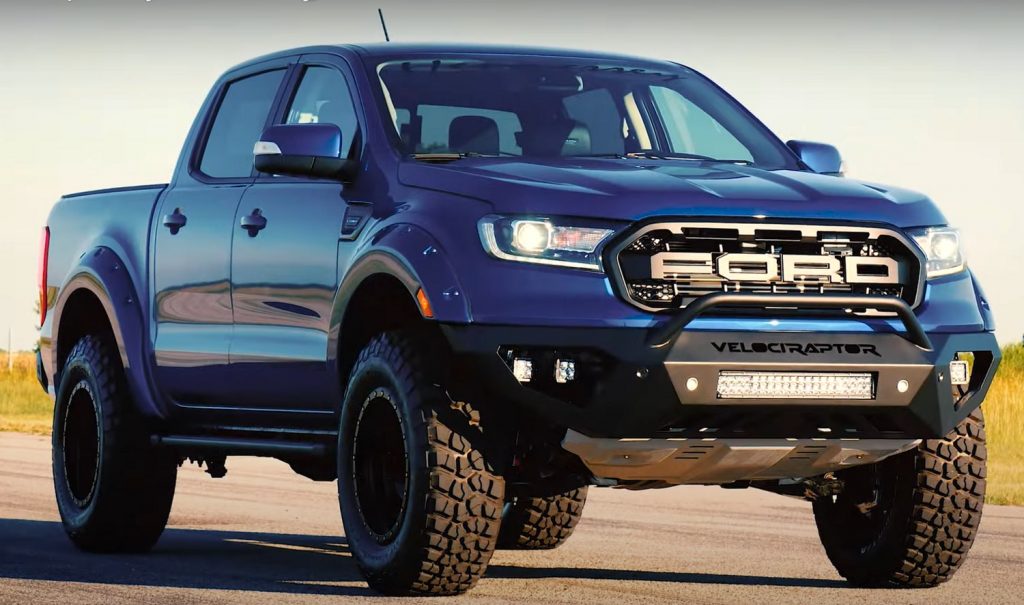 Modern trucks are certainly versatile vehicles, and that’s precisely why more and more people are buying them. But it never hurts to have the power to outrun a sports car, now does it?

We’ll have more cool clips like this to share soon, so be sure and subscribe to Ford Authority for the latest Ford F-Series news, Ford F-150 news, Ford Ranger news, and continuous Ford news coverage.

Hennessey VelociRaptor F-150 From ‘Top Gear’ To Be Auctioned: Video