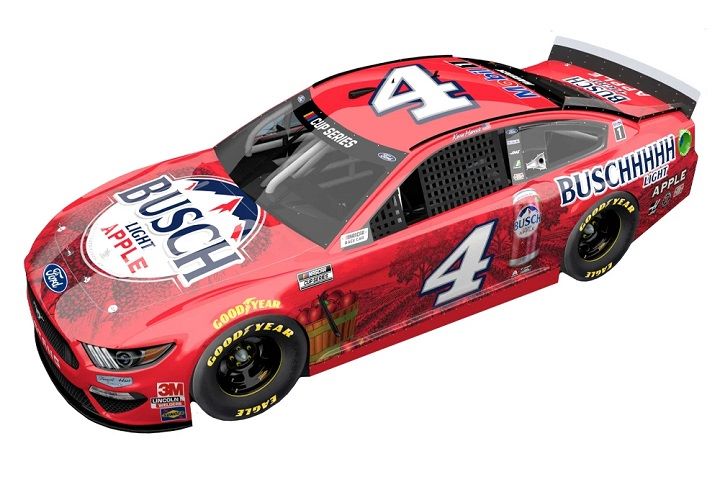 Anheuser-Busch says the new Harvick scheme celebrates its “first-ever flavor innovation” for the Busch Light brand of beer. The new beer, which launched in stores this week, is described as “a new light lager made with natural apple flavors that adds a crisp, clean taste to Busch Light, transporting anyone who drinks it to the great outdoors.” 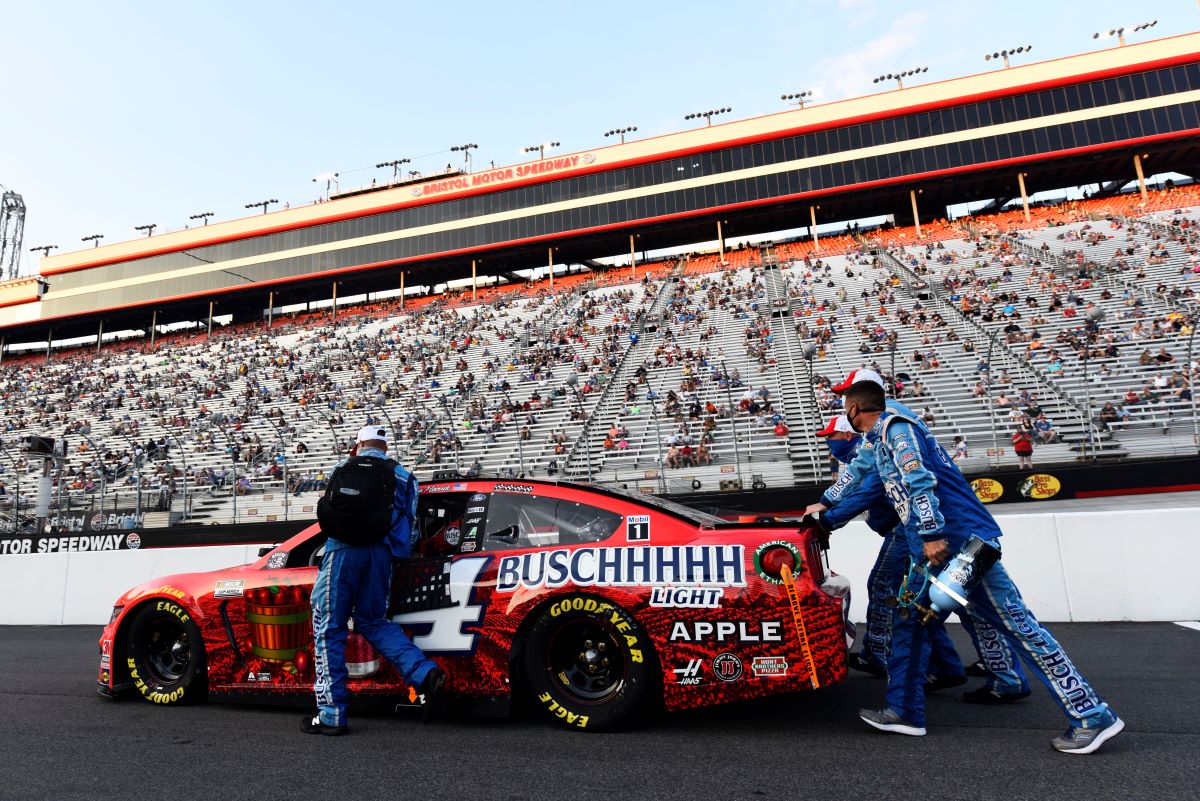 The Busch Light Apple paint scheme is a departure from the usual blue, white and gold themed Busch Light paint scheme Kevin Harvick fans have become familiar with throughout 2020. With a red base and white and blue accents, Harvick will be hard to miss when he runs this scheme as Kansas Motor Speedway on July 23rd and at Michigan Motor Speedway August 8th and 9th. Busch says Harvick fans should also “keep an eye out for special offerings,” during the weekends when Harvick is running the scheme.

Harvick also ran the Busch Light Apple scheme at this week’s NASCAR All-Star Race from Bristol. The NASCAR veteran finished third in the action-packed, non-points paying race – behind the No. 18 Toyota Camry of Kyle Busch and No. 9 Chevrolet Camaro ZL1 of Chase Elliott in second and first, respectively. 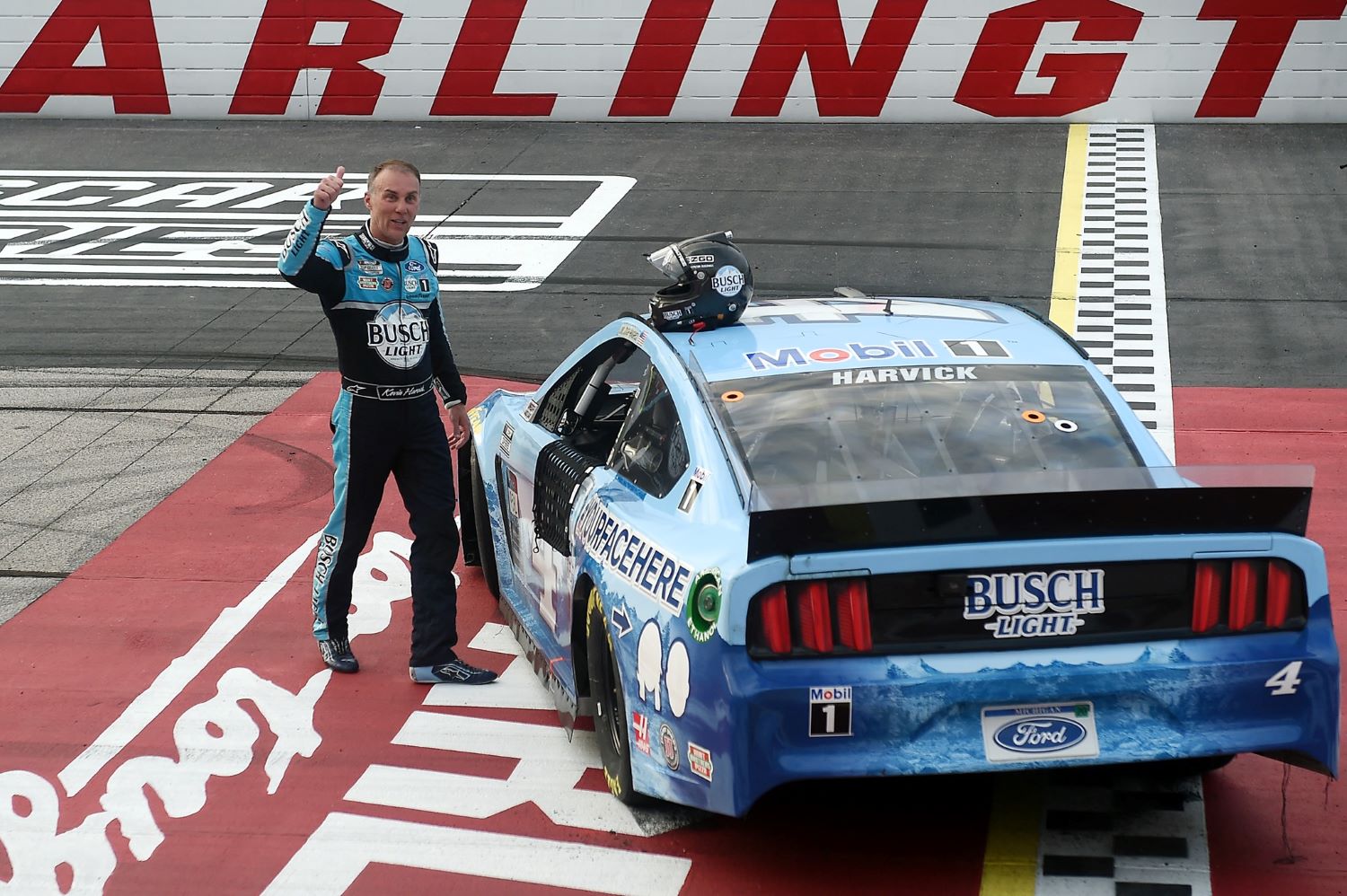 With four wins in the bag already, Harvick currently sits atop the 2020 NASCAR Cup Series points standings and is ranked just ahead of fellow Ford driver Brad Keselowski. The top-tier stock car racing series will head to Texas Motor Speedway next for the O’Reilly Auto Parts 500 on Sunday, July 19th. The first race for the Busch Light Apple scheme will be the Super Start Batteries 400 from Kansas Speedway on July 23rd.

Be sure to subscribe to Ford Authority for more Ford Mustang news and non-stop Ford news coverage.