We’ve known for some time that both the Rivian R1T and R1S all-electric truck and SUV were coming along quite quickly. With some financial backing from Ford (among others), the EV maker has a very promising skateboard platform and some impressive specs to tout, along with a team of talented, experienced automotive industry folks running the show. And now, the Michigan-based automaker has announced exactly when customers can expect to begin taking delivery of their new Rivian R1T and R1S models.

R1T deliveries are scheduled to begin in June of 2021, with deliveries of the R1S SUV following suit in August, 2021. These dates are rather notable because it means Rivian’s all-electric vehicles will beat both the Ford F-150 EV (coming in mid-2022) and the GMC Hummer EV (late 2021) to market. Rivian also announced that pilot production is already underway at its Normal, Illinois plant.

Rivian calls this an “important milestone” that “brings us another step closer to our full production launch” and “allows us to more precisely estimate delivery timing.” It has promised to share additional information, including key features, charging network plans, and the vehicle configurator launch dates very soon. 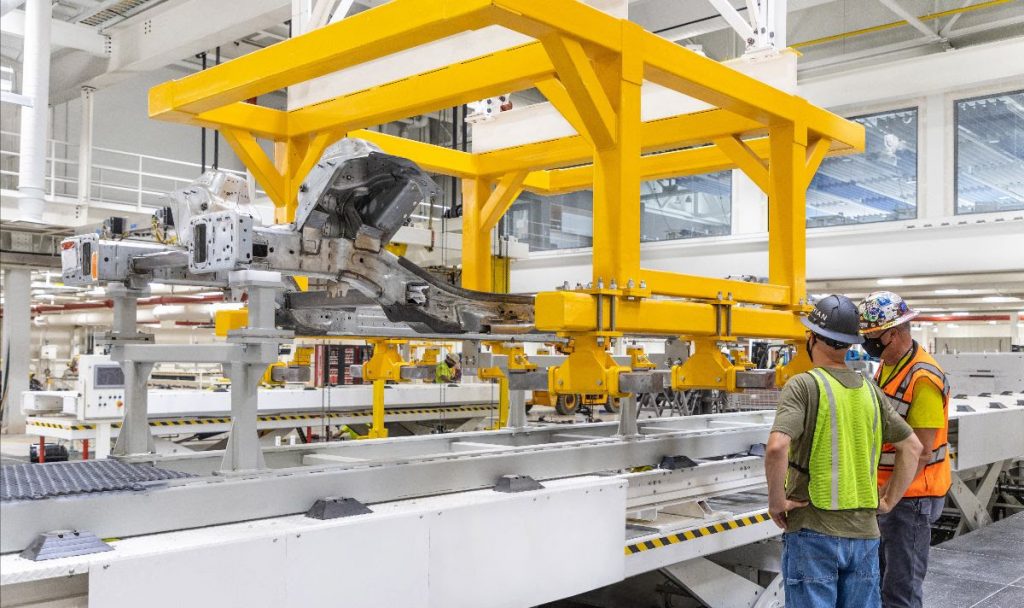 The Rivian R1T will compete directly with the Ford F-150 EV. Rivian has already demonstrated the R1T’s off-road capability, and is positioning the vehicle as a fun, outdoors-oriented machine that’s also quite sporty. The range-topping R1T and R1S will both feature four motors, one mounted at each wheel, with a combined output of 750 horsepower. Range is expected to reach as high as 400 miles.

Aside from Ford and GMC’s electric pickup offerings, Rivian will be entering a rather crowded market when it arrives next summer. The Lordstown Motors Endurance will arrive first in early 2021, while the Tesla Cybertruck is scheduled to launch in late 2021. Meanwhile, the Nikola Badger is expected to enter production sometime in 2022.

Things are going to get very heated in the all-electric truck market over the next year or so, so it’ll be interesting to see how things ultimately shake out.

We’ll have much more on this burgeoning market very soon, so be sure and subscribe to Ford Authority for the latest Ford F-Series news, Ford F-150 news, and continuous Ford news coverage.