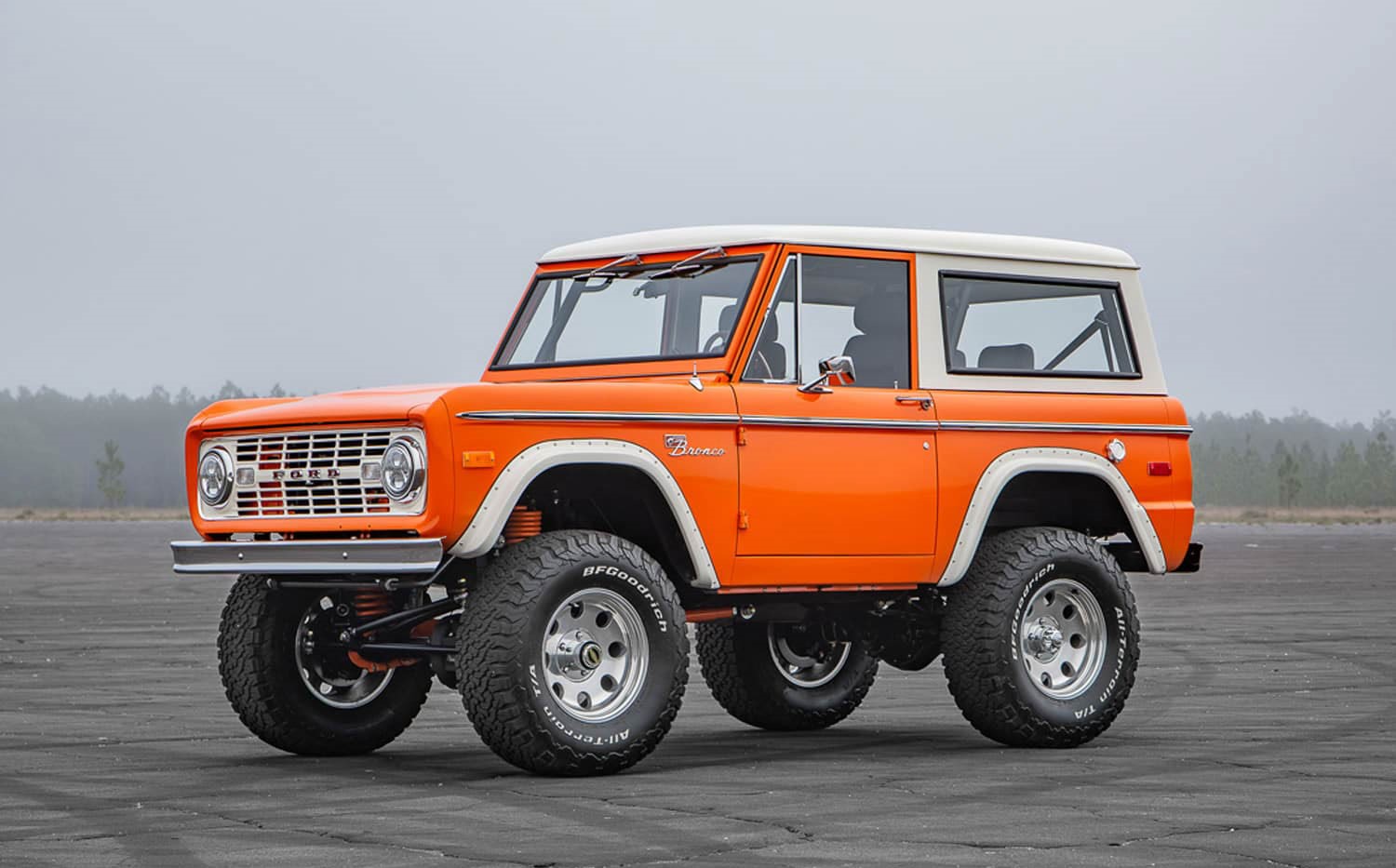 The long wait for the all-new, 2021 Ford Bronco is over, but that hasn’t slowed down interest in the original SUV, especially when such a model has been completely restored with modern parts. The practice has become so popular, that a whole industry has risen around finding, restoring, and modifying the original. This resto-modded 1974 Ford Bronco from Velocity is a great example of that trend, and it’s up for sale with a hefty price tag. 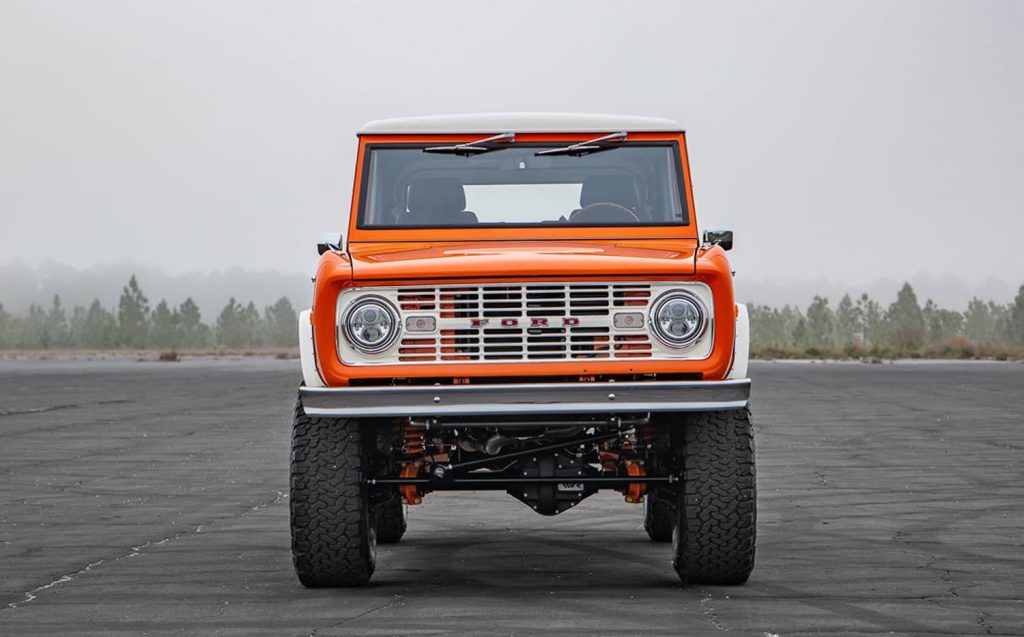 Every part of this bright orange 1974 Ford Bronco has been upgraded. In place of the original stripped-down interior is now a leather upholstery, air conditioning, and a modern sound system. That alone would make this build impressive, but it’s not what makes this Bronco so special.

Under the hood, it has the glorious Ford 5.0L crate engine with a six-speed 6R80 transmission, an Atlas II transfer case, and a three-inch performance exhaust. Power from that setup reaches the ground through 17×9 Pacer wheels with 35-inch BG Goodrich All-Terrain T/A K02 tires. 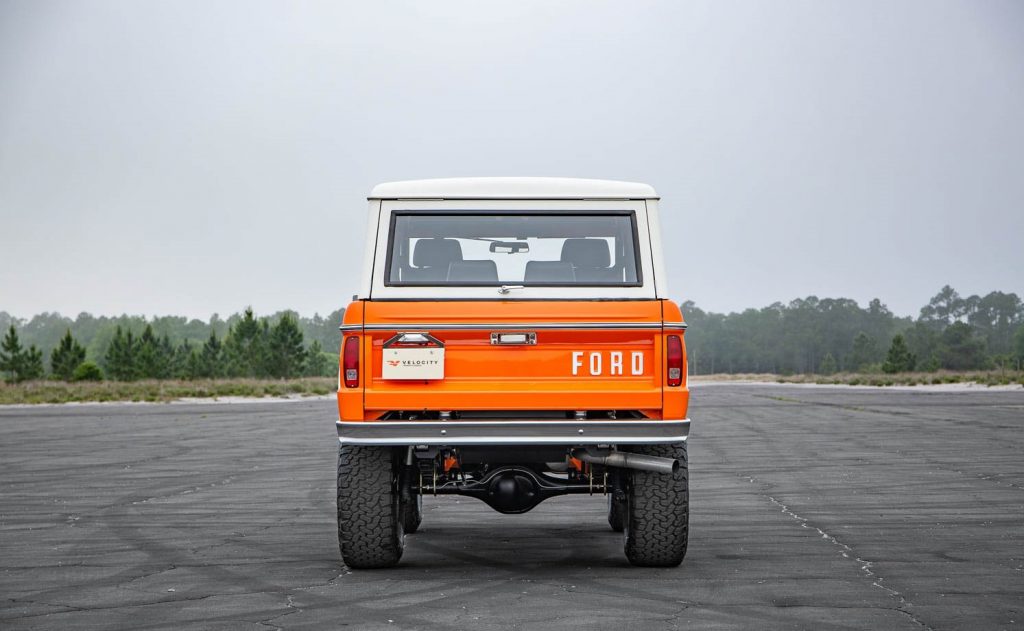 That should be enough to convince you that this Bronco will turn heads wherever it goes, but if you need more evidence, you don’t have to look very far, such as the PPG custom orange paint and booming bass from the Kicker sound system. With completely new running gear and a modernized interior, this 1974 Ford Bronco should be comfortable enough to pull daily driving duty. It’s also got the right stuff to have some chops off the beaten path. 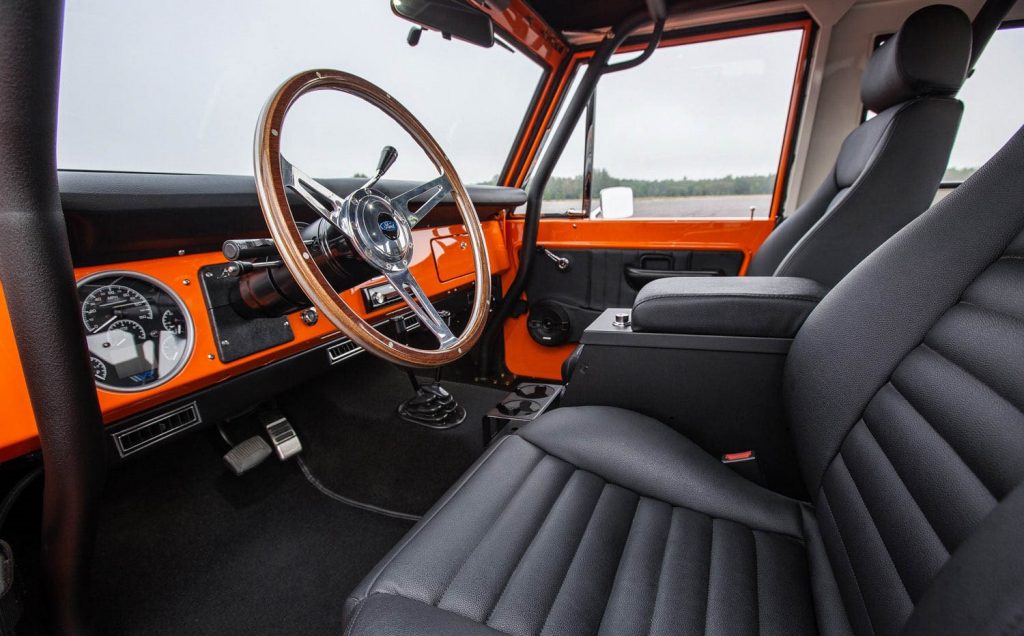 Before you get too excited, you should know that this Bronco won’t come cheap. Its $299,000 price tag seems astronomical until you consider that those dollars buy a Bronco that has had a recent frame-off restoration to make it a one-of-a-kind classic. It’s also not that much out of line with the prices of other Velocity restorations and of those from competitors like Icon, whose Bronco builds start at $190,000.

Heck, tracking down a 1974 Ford Bronco will be costly and time consuming on its own, so it might be worth the money for the right person to pay the price for one that has already been built, and – from the looks of it – built very well. 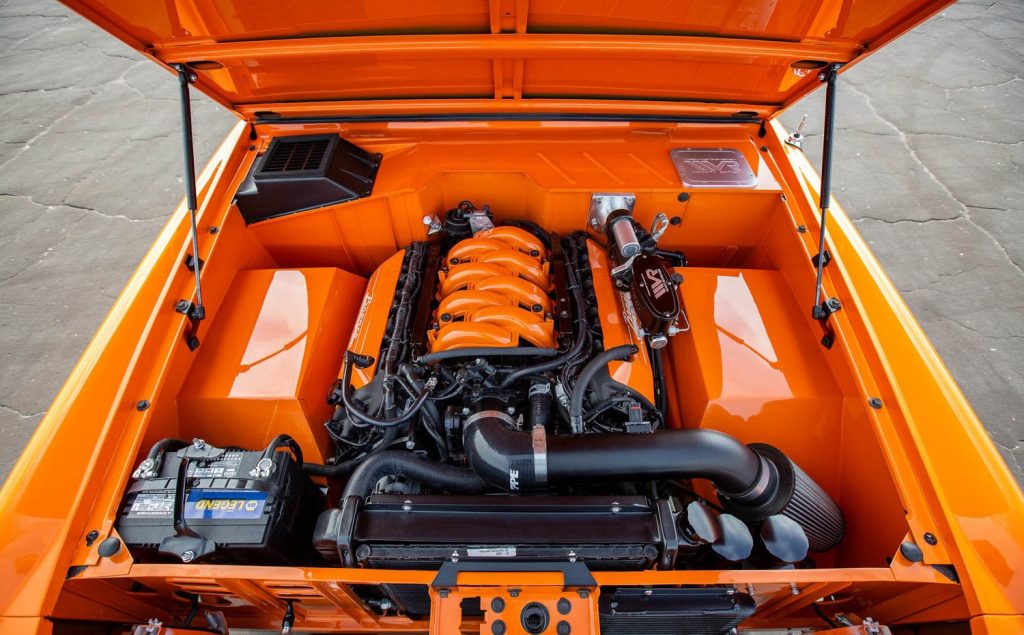 We’ll have much more on all things Bronco in the coming days, so be sure to subscribe to Ford Authority for more Ford Bronco news and around-the-clock Ford news coverage. 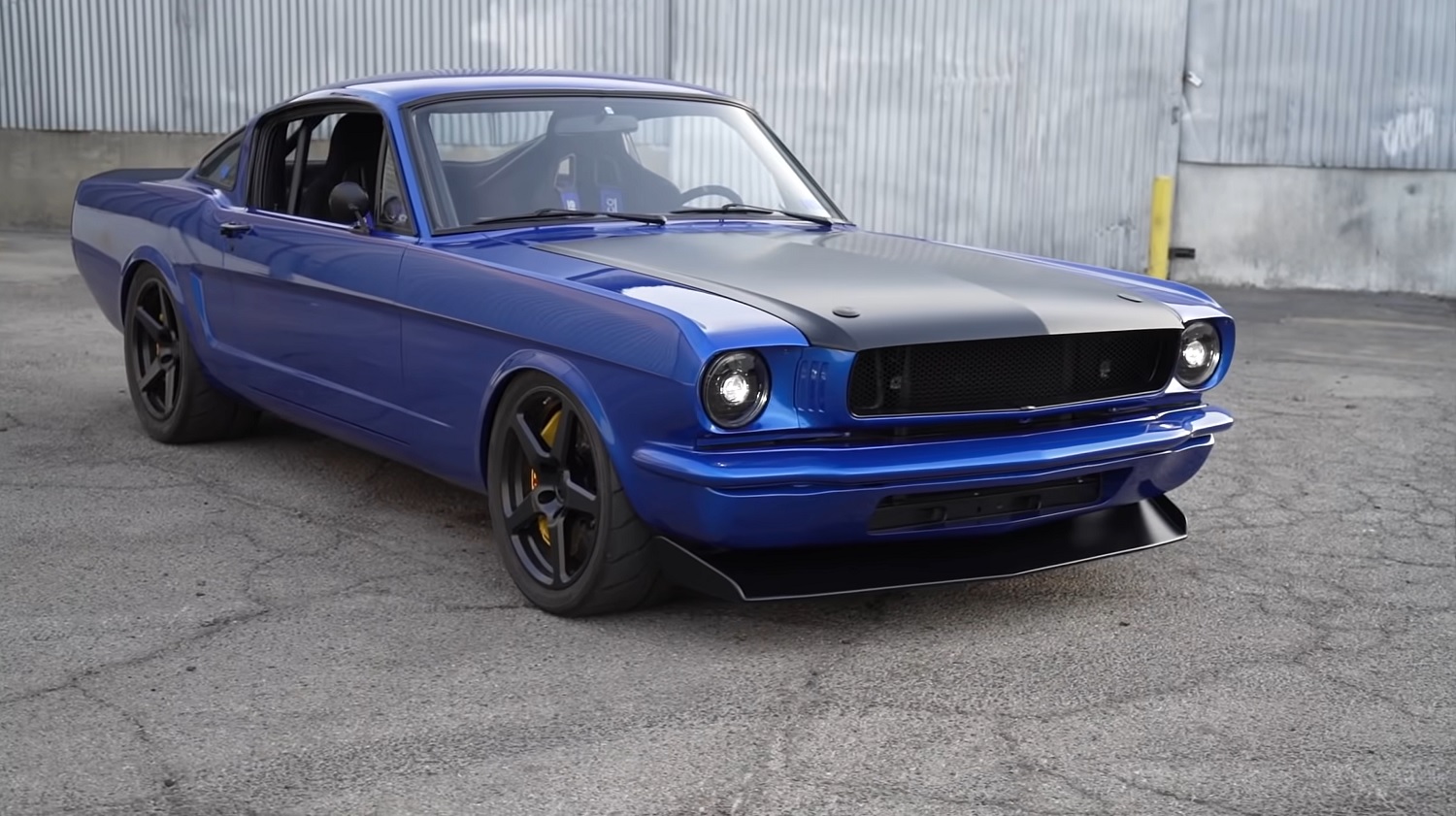