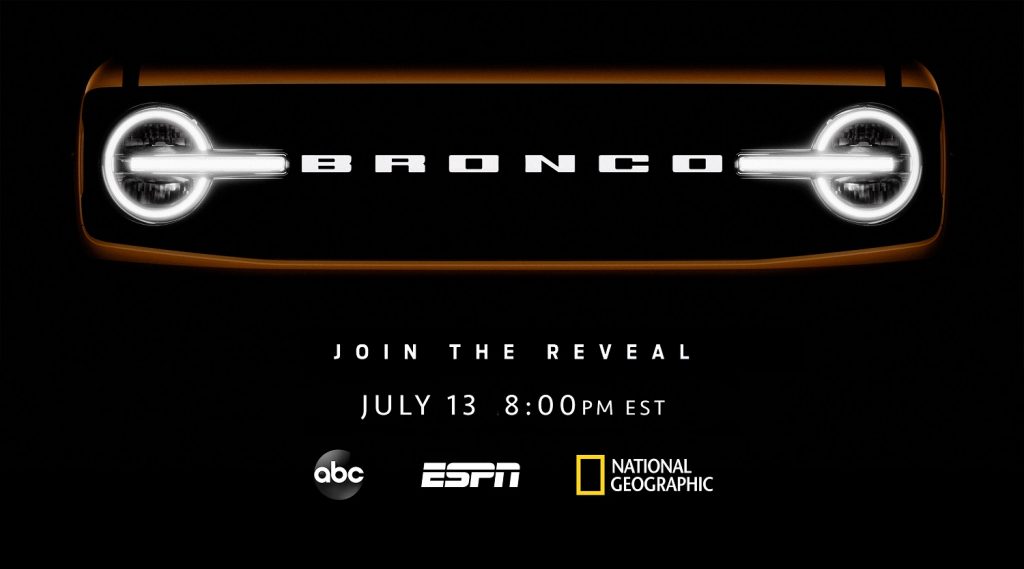 The long, three plus year wait for the 2021 Ford Bronco is finally over. Or, to be more specific, the 25 year wait since we last saw a brand new Bronco emerge from The Blue Oval. The 2021 Bronco live reveal is scheduled for Monday, July 13th at 8:00 p.m. EDT, along with the unveiling of the all-new Bronco Sport. We’ve embedded the the Bronco live reveal video below for your viewing pleasure.

Ford has been working overtime to get us ready for this historic event with a host of teasers in recent days, including a peek at the Bronco’s front end, rear quarter section, the entire Bronco and Bronco Sport in a very cool hype video, eight different exterior colors paired with some sticker clues, three of the off-road SUV’s seven driving modes, and various detailed shots of the Bronco Sport and Bronco.

We’ve also learned a lot about the Bronco in general, both in a historical context as well as the many cool features and events that correspond with the return of the rugged off-road SUV. That includes news about the entire Bronco family, along with the fact that buyers of the new Bronco and Bronco Sport Badlands will receive free admission to a very cool off-road driving school dubbed “Bronco Off-Rodeo.” 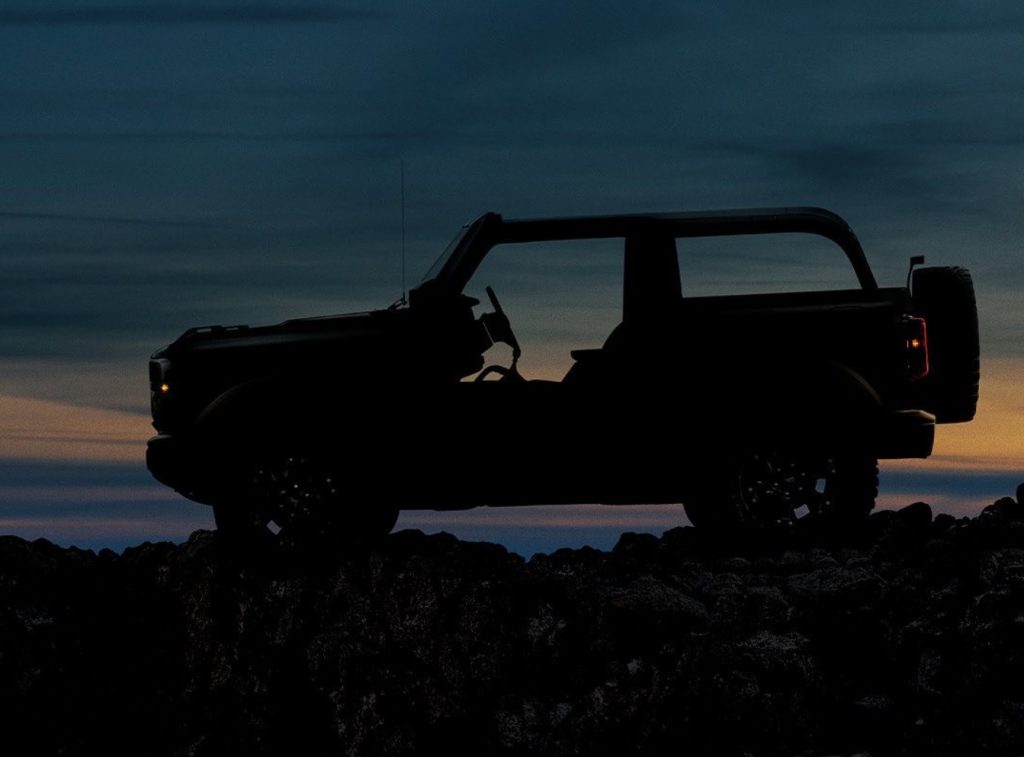 Both two- and four-door versions of the Bronco will be available at launch, and a pickup truck variant is expected to follow in 2024. Several roof options will be offered, along with multiple tire packages for both off-road and on-road use. Additionally, there will be three grille options to choose from, as Ford Authority was first to exclusively report.

The Bronco will be available with Ford’s 2.7L EcoBoost V6 engine, as Ford Authority was the first to report earlier this year. Recent spy photos also seem to indicate that the Ford 2.3L EcoBoost four-cylinder engine used in the current Ford Ranger will also be available. A Bronco Raptor could join the lineup in 2022 and might come equipped with Ford’s 3.0L EcoBoost V6. 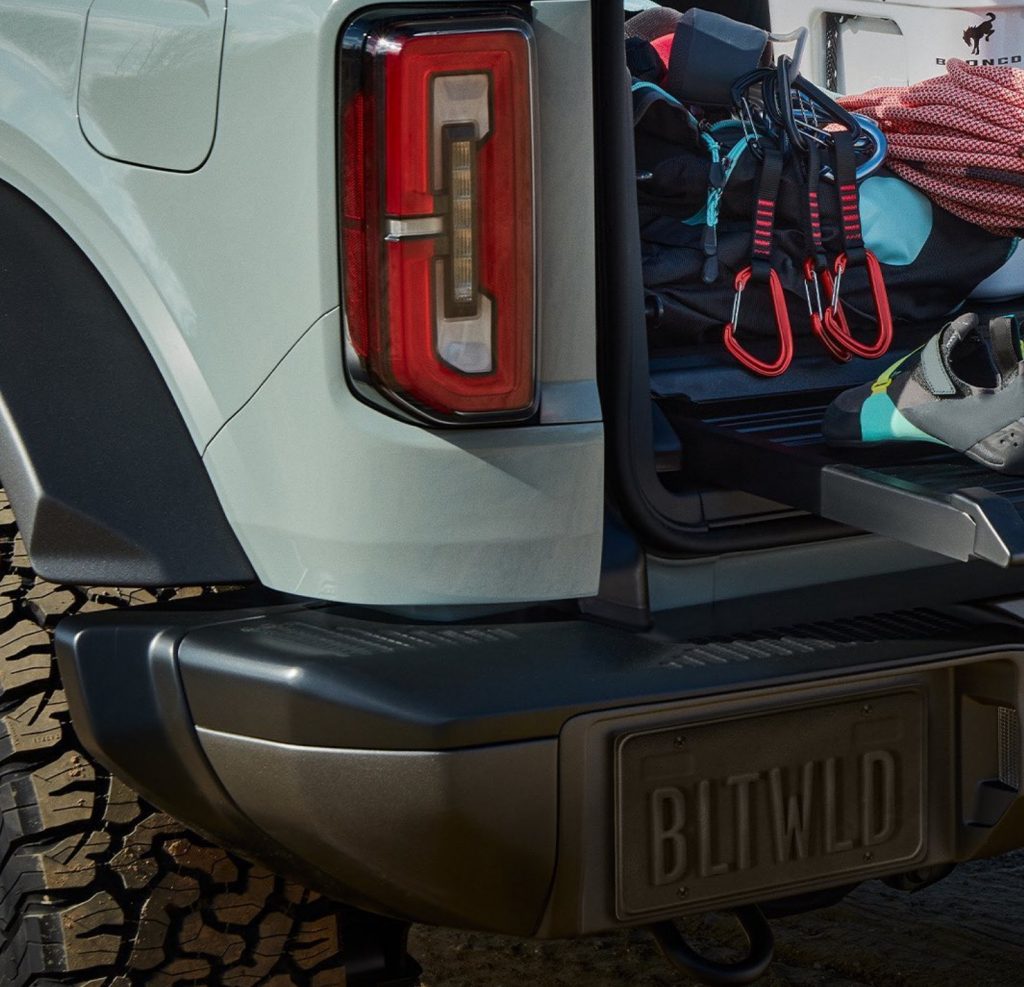 The Bronco Sport joins its big brother in the Bronco family and promises to provide a more affordable yet still off-road capable option for younger buyers. It will share its four-wheel independent suspension design with the Ford Escape, and will come in a Badlands variant with Falken Wildpeak A/T tires. It will also have a liftgate that opens upward, while the regular Bronco’s tailgate swings out, as Ford Authority recently reported. 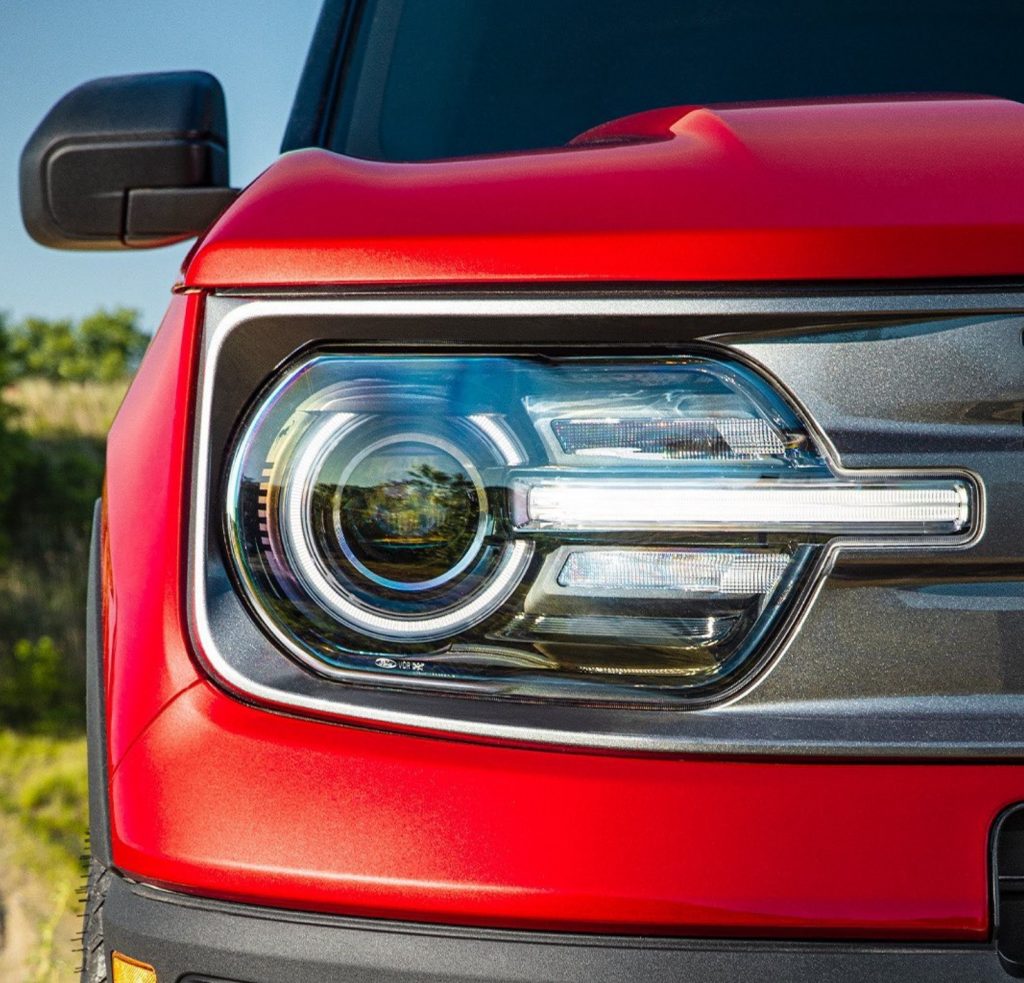 The Bronco Sport will be available with two turbo-charged gasoline engines at launch: the standard Ford 1.5L EcoBoost I-3 and the optional Ford 2.0 EcoBoost I-4 GTDI. Both are expected to be mated to Ford’s 8-speed automatic transmission.

Five trim levels will be available, including the base Bronco Sport, the Big Bend, Outer Banks, First Edition, and Bronco Sport Badlands. Roughly 18 months later, a pickup variant built on the same Ford C2 platform will arrive. It is expected to be called Ford Maverick. 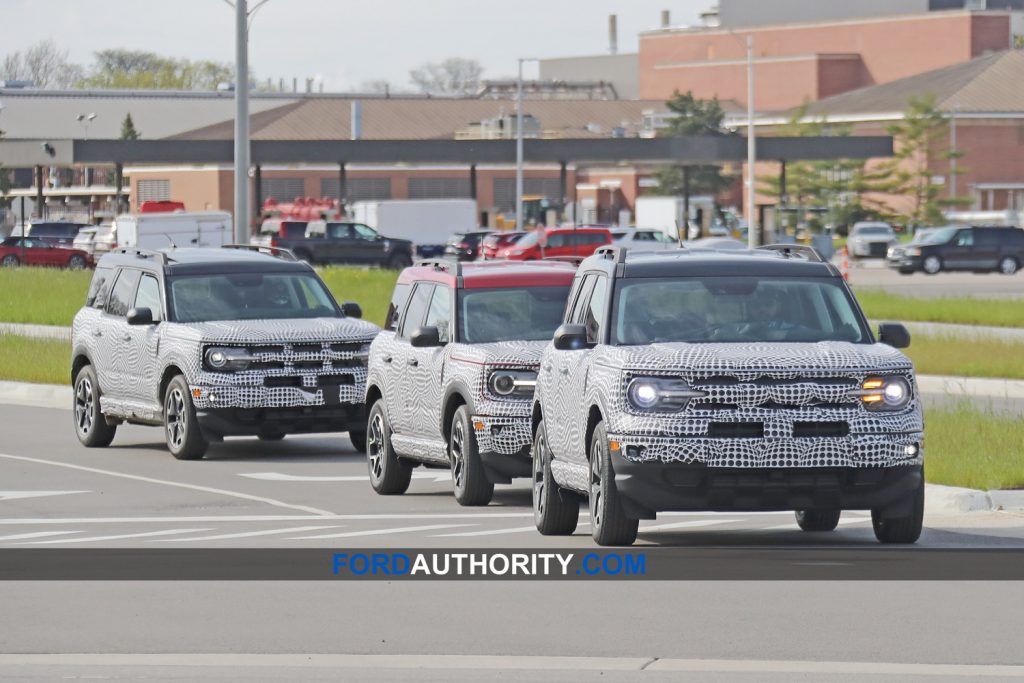 Early 2021 Bronco Sport production is already underway at the Ford Hermosillo plant in Mexico. Those vehicles are headed for crash testing and final testing duties, however, with regular production expected to begin later this year.

Interested buyers will be able to reserve a Bronco or Bronco Sport once the reveal begins at Ford.com for a refundable cost of $100, which will guarantee their place in line once orders begin. Bronco order banks are set to open up in December, with deliveries beginning in April of 2021.

Bronco Sport orders should open up sooner than that, with deliveries starting in November. Once order banks open up, reservation holders will be able to convert those reservations to actual orders. But for now, kick back, relax, and enjoy the live Bronco reveal right here.

We will be on hand for the reveal tonight with all the details about both vehicles, so make sure to subscribe to Ford Authority for the latest Ford Bronco news, Bronco Sport news, and continuous Ford news coverage.