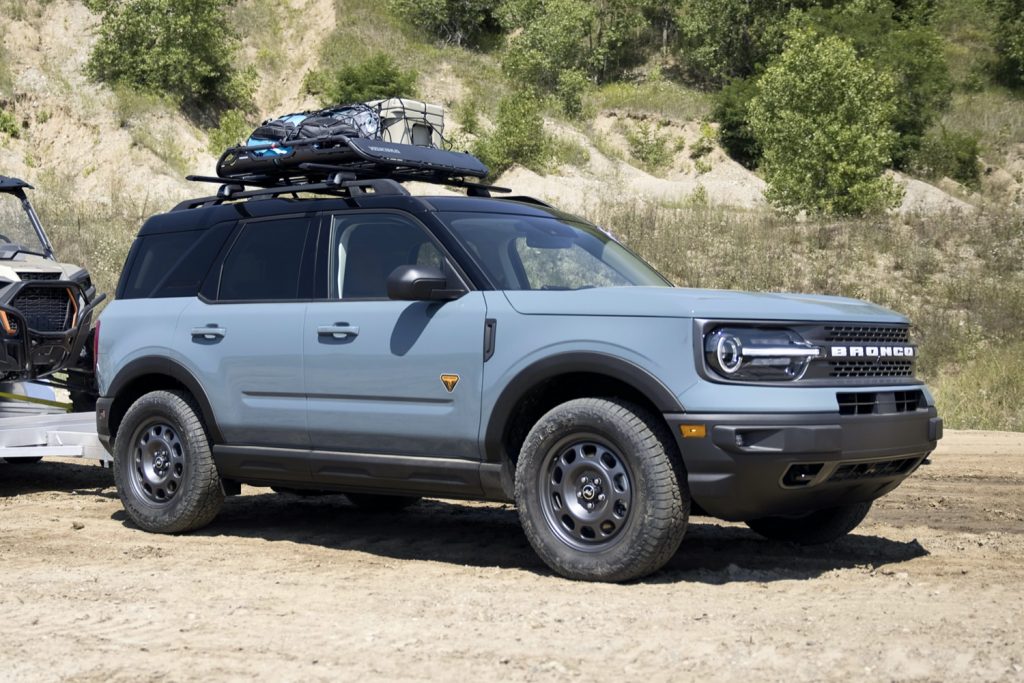 Announced for the Bronco’s 55th birthday, Ford says that the Bronco Sport Tow RZR Concept is aimed at showing how adventurers can haul more outdoor gear. The concept matches the passenger comfort and technology of the Badlands trim level with various cargo accessories, such as the Yakima HD Bar crossbars as well as an OffGrid medium cargo basket. 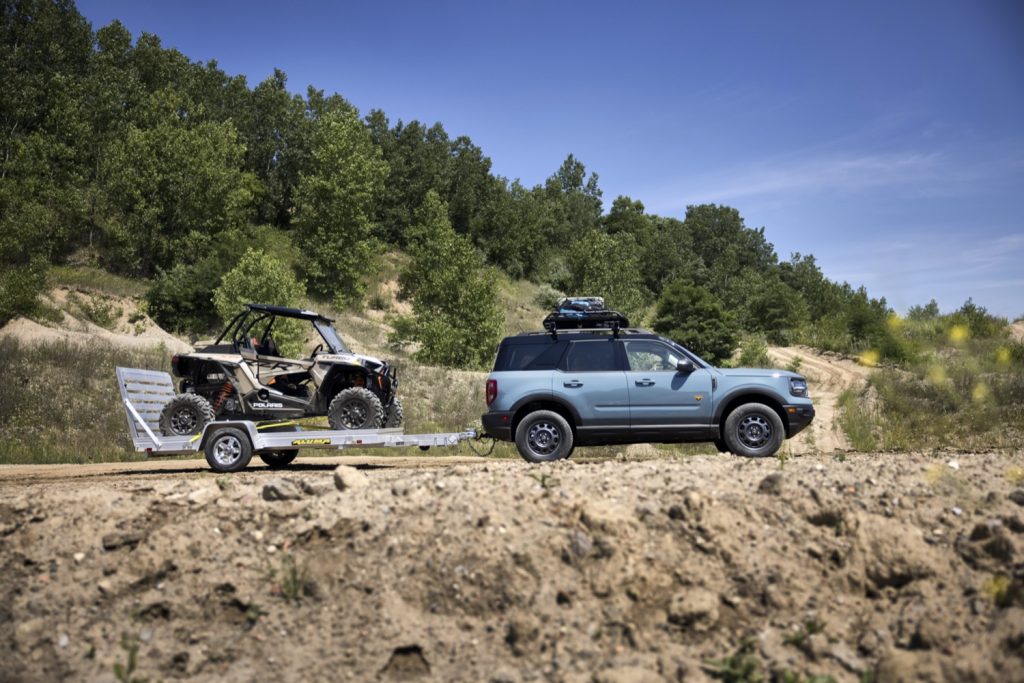 But the piece de resistance of the Bronco Sport Tow RZR Concept is the Class II Trailer Tow Package with 2,200 pounds of trailering capacity, which allows it to tow off-road runners like the all-new Polaris RZR XP Turbo 1000 which, incidentally, was unveiled as part of the Bronco birthday celebration.

The Bronco Sport features 2,200 pounds of maximum towing capacity on the Badlands trim and First Edition, and at 2,000 pounds on the Base, Big Bend, and Outer Banks trim levels. 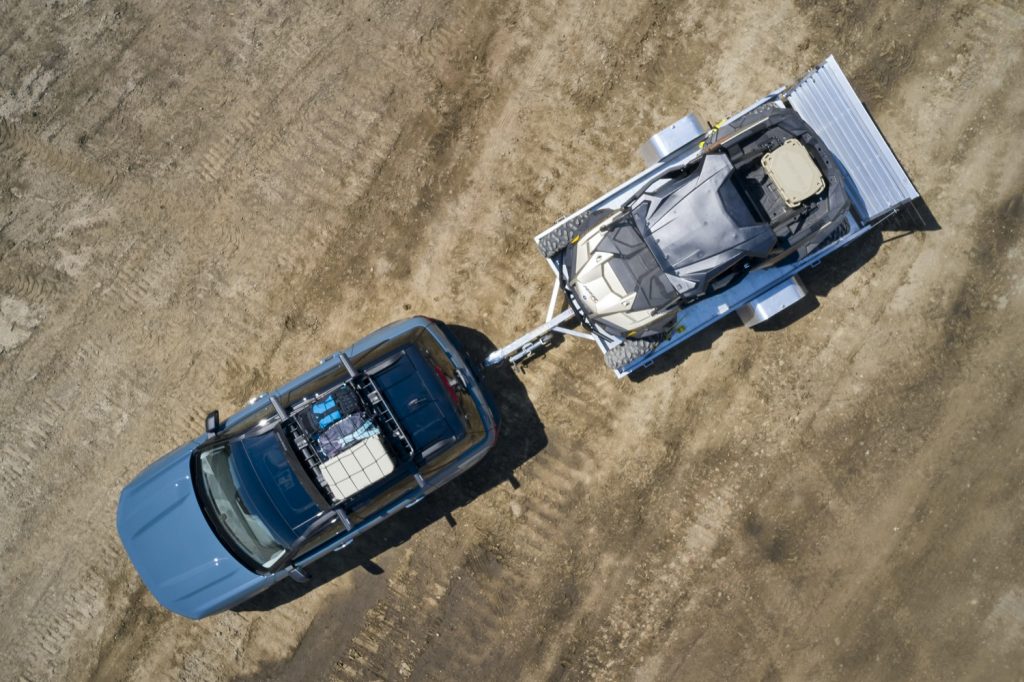 The all-new, 2021 Ford Bronco Sport is based on the Ford C2 platform shared with the fourth-gen Ford Escape, first-gen Lincoln Corsair, and the 2019 and newer Ford Focus sold in international markets. 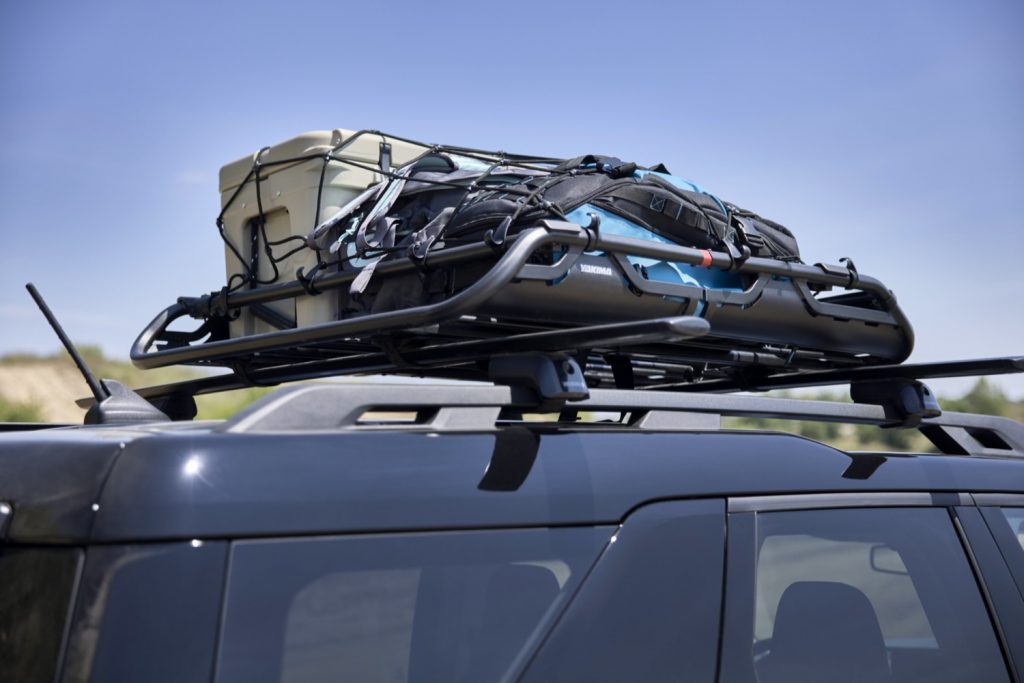 The Bronco Sport goes into production at the end of October at the Ford Hermosillo plant in Mexico. Meanwhile, the parts seen here are likely to be available as accessories around the time that the vehicle begins arriving at dealerships.

We’ll have more about the all-new Bronco soon, so be sure to subscribe to Ford Authority for complete Ford Bronco Sport news, Ford Bronco news coverage, along with around-the-clock Ford news.