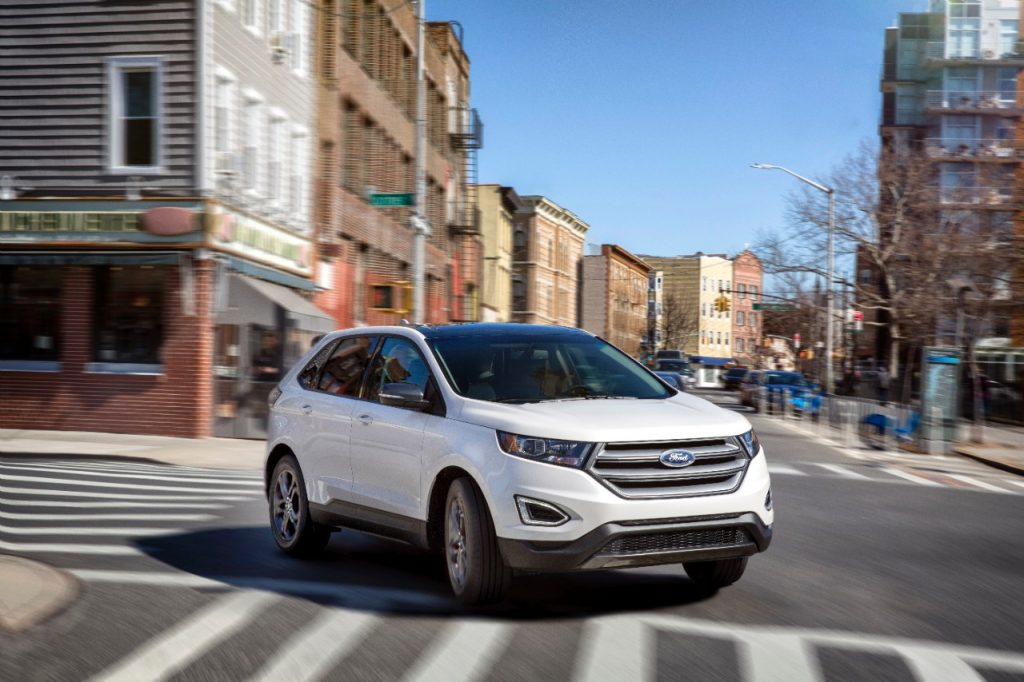 There are written rules of the road, and then there are the unwritten ones – the ones that oftentimes just fall in the category of common sense. One of those unwritten rules is not to mess with 18-wheelers – those giant trucks towing giant trailers full of heavy cargo. The driver of a white Ford Edge chose to ignore that rule, leading to an unpleasant ending, as the following video shows.

The incident took place on a heavily-trafficked Interstate 95 in New York. While most motorists were driving in their respective lanes, other drivers decided to add to the chaos by aggressively merging from nearby onramps, such as the white Ford Edge in question, which drove far down the median.

The Edge then proceeded to cut directly in front of the 18-wheeler, with little room to spare. The truck driver reacted by blowing the horn, and then backed off a pretty good distance for the sake of safety. 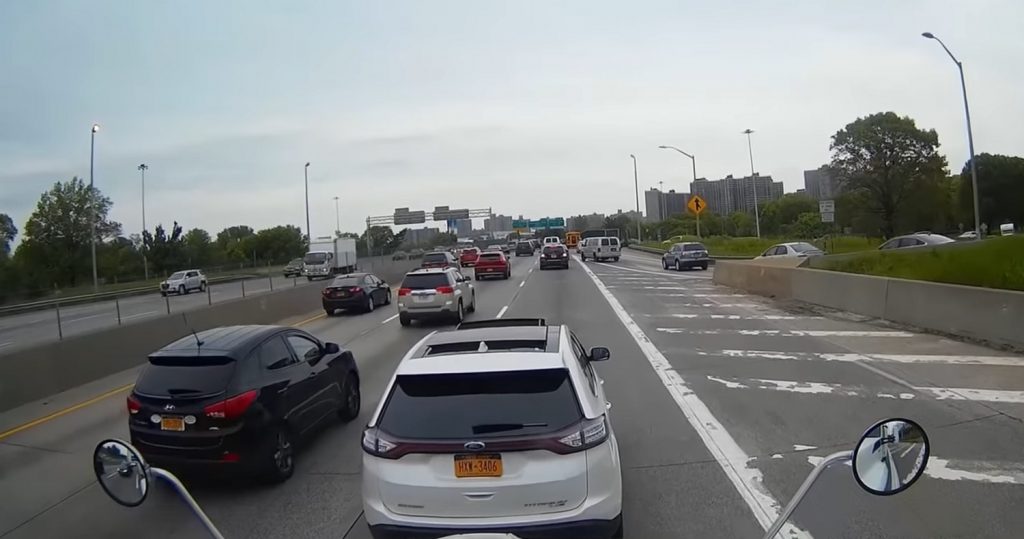 Adding to the drama is the fact that a police officer was standing on the side of the road just ahead of where the shenanigans were taking place. Once the duo passed the officer, the Ford Edge driver decided to get cute and give the trucker a brake check, apparently as payback for blowing the horn.

The Edge driver then proceed to drive extra slow, so as to further mess with the trucker, who eventually switched lanes. The Edge driver followed, commencing a silly game of cat-and-mouse. The trucker ended up changing lanes several times, only to have the Edge driver cut in front once again, and then do another brake check. 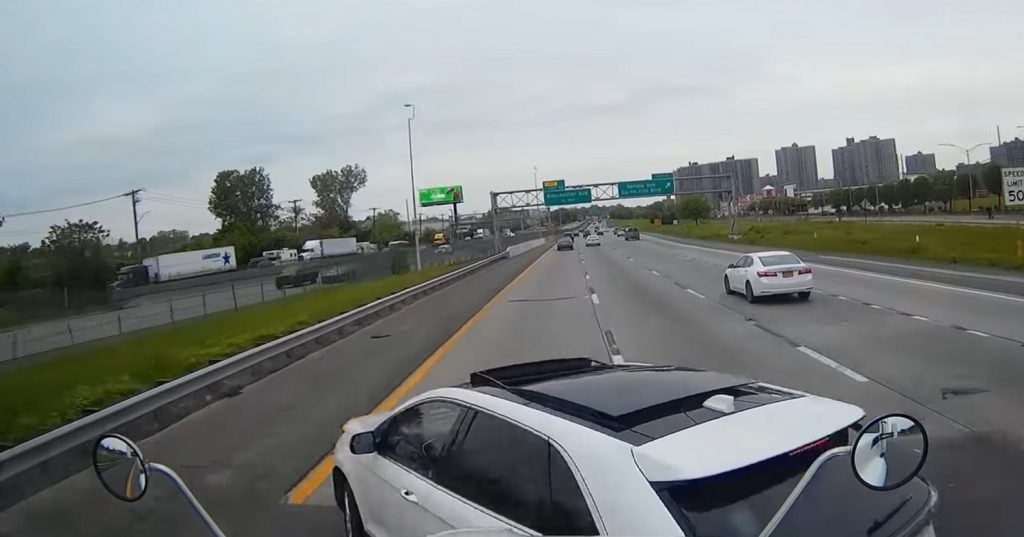 The whole thing escalated to an entirely new level, however, when the 18-wheeler moved to the fast lane. It was then that the Edge attempted to once again cut off the semi, but this time, the truck held its ground. The Ford kept merging into the truck’s lane, hitting the big truck, getting turned sideways and then being sent head first into the guardrail.

The area of the vehicle that the 18-wheeler hit the Edge (almost) automatically puts the Ford at fault for this accident. The whole thing was caught on the trucker’s dashcam, and can be seen in this video.

The Ford Edge driver should have behaved very differently in this scenario, and the entire incident just proves that engaging in road rage never ends well.

We’ll have more Ford-related shenanigans soon, so be sure to subscribe to Ford Authority for more Ford Edge news and around-the-clock Ford news coverage.