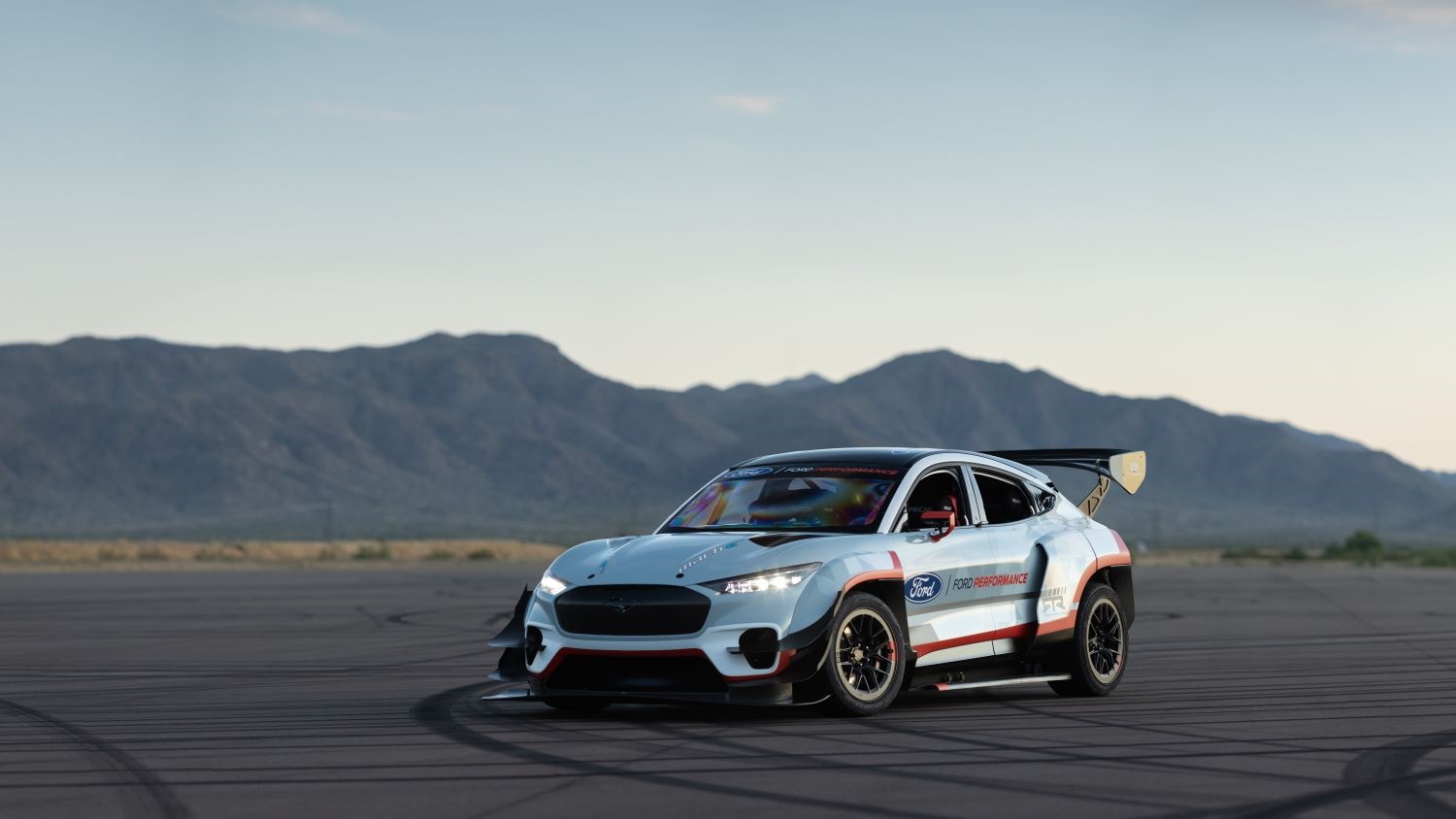 Ford has doused us with coverage of its Mustang Mach-E 1400 prototype lately, including some behind the scenes footage from its incredible video shoot, an interview with pro drifter, RTR Vehicles purveyor, and Mach-E 1400 partner Vaughn Gittin Jr., and some footage of Ken Block behind the wheel of the all-electric tire slayer. And now, the whole world will get to feast their eyes on it this weekend. 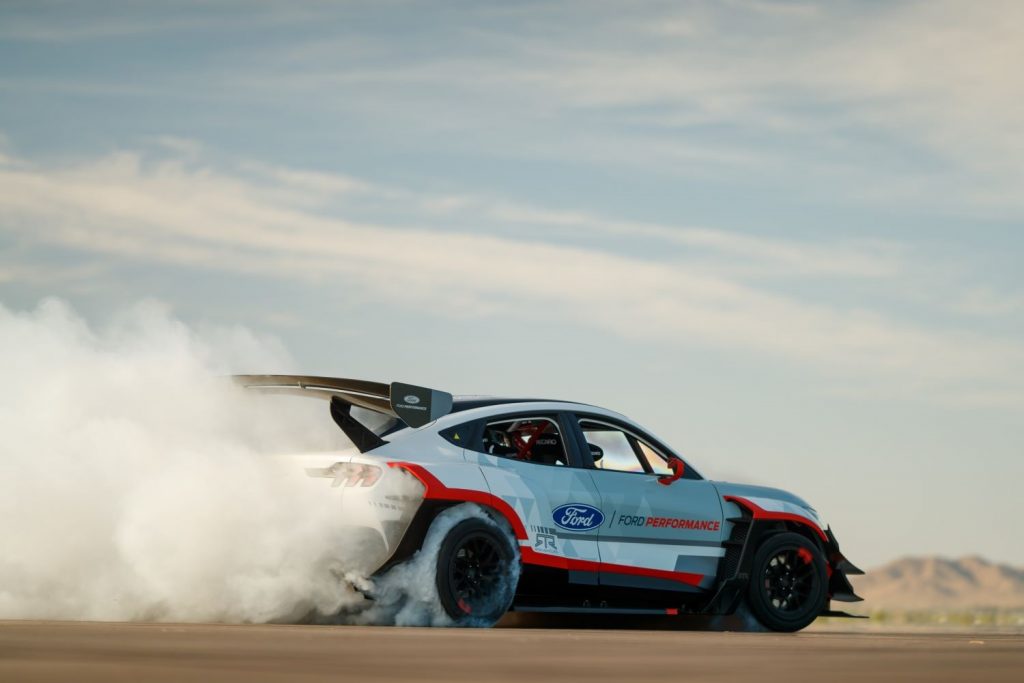 The Mustang Mach-E 1400 will appear for the first time this Saturday, August 8th, during NBC’s televised coverage of the NASCAR Cup Series races at Michigan International Speedway, which caps off with the FireKeepers Casino 400 on Saturday at 4:00 p.m. E.T.

It’s a natural fit after NASCAR Cup Series Champion Joey Logano got his chance to feel the raw electric power of the one-of-a-kind Mustang Mach-E 1400 prototype along with Gittin Jr. at Ford’s Romeo Proving Grounds in Michigan. 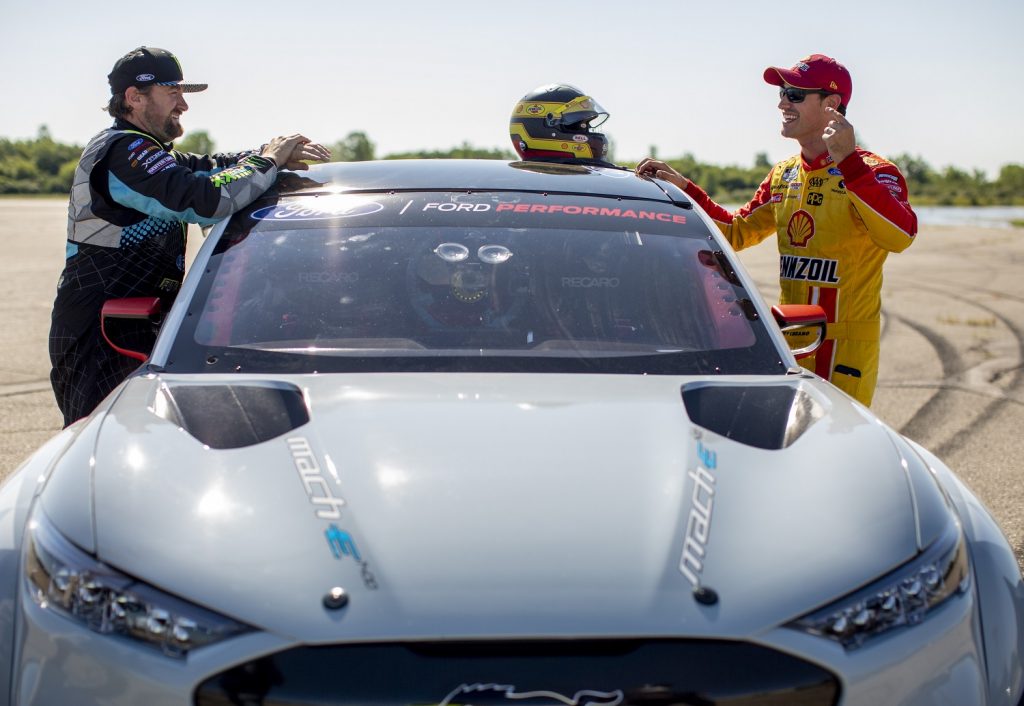 “It was so cool to get a chance to drive the Mustang Mach-E 1400,” Logano said. “With all-wheel drive it just launches at the start and you have so much power it’s crazy. The Ford Performance guys with Vaughn and his team have built something special.”

The Mach-E 1400 uses seven electric motors and a 56.8-kilowatt-hour battery to produce 1,400 horsepower, and is capable of generating more than 2,300 pounds of downforce at 160 miles-per-hour. Ford Performance and RTR spent over 10,000 hours developing the special crossover with the goal of producing one of the wildest track, drag strip, and/or gymkhana machines the world has ever seen. 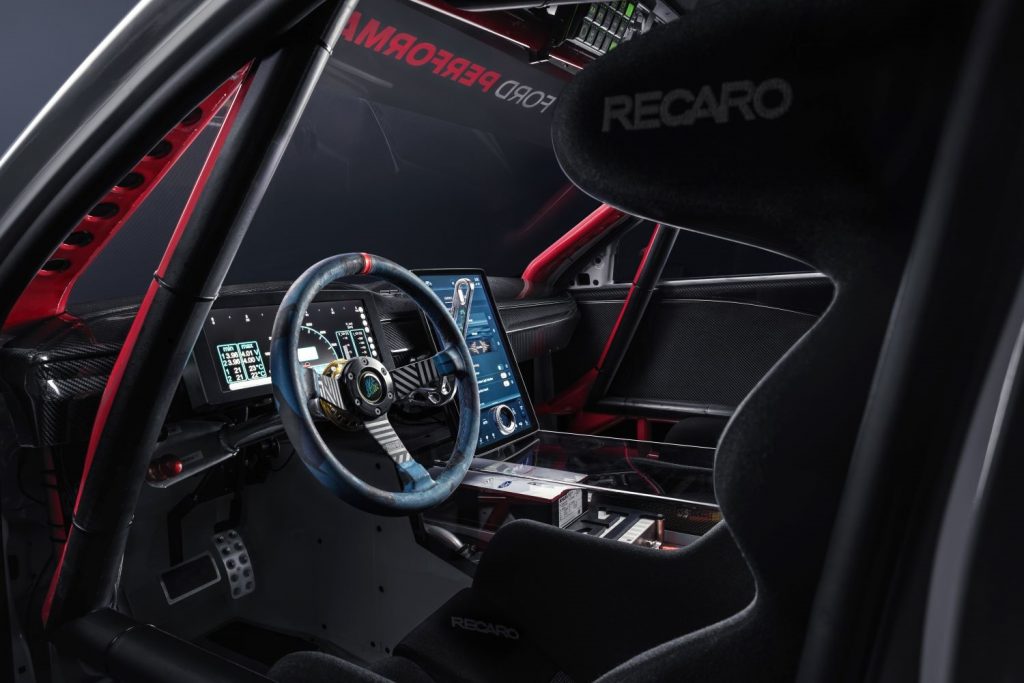 “Getting behind the wheel of this car has completely changed my perspective on what power and torque can be,” Gittin Jr. said of his time behind the wheel. “This experience is like nothing you’ve ever imagined, except for maybe a magnetic roller coaster.”

We’ll have much more on this insane machine soon, so be sure to subscribe to Ford Authority for more Mustang Mach-E news and ongoing Ford news coverage.