Ford Performance is riding high after the Blue Oval won both NASCAR Cup Series races from Michigan International Speedway this past weekend, as well as the NASCAR Xfinity Series race from Road America. 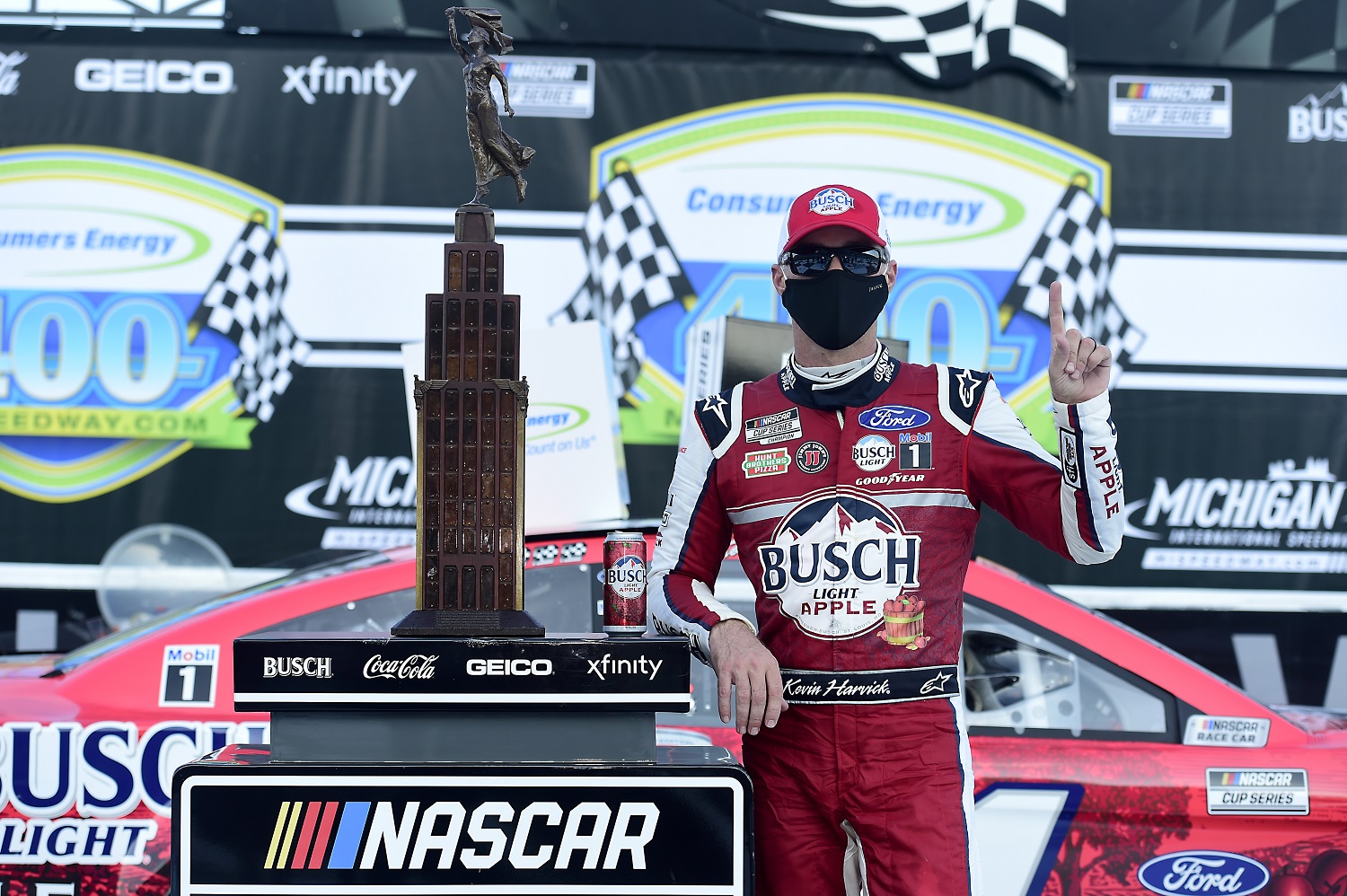 Stewart-Haas Racing’s Kevin Harvick grew his NASCAR Cup Series championship points lead massively after he put his No. Ford Mustang GT in victory lane at MIS on both Saturday and Sunday – becoming the first NASCAR driver to win two Cup Series races on the same track on back-to-back days in the process.

Harvick dominated Saturday’s FireKeepers Casino 400, winning both stages and holding off a hard-charging Brad Keselowski to take the chequered flag. It was a similar story on Sunday. Harvick won stage two and kept the No. 11 Toyota Camry of Denny Hamlin at bay in the closing laps to take the win. 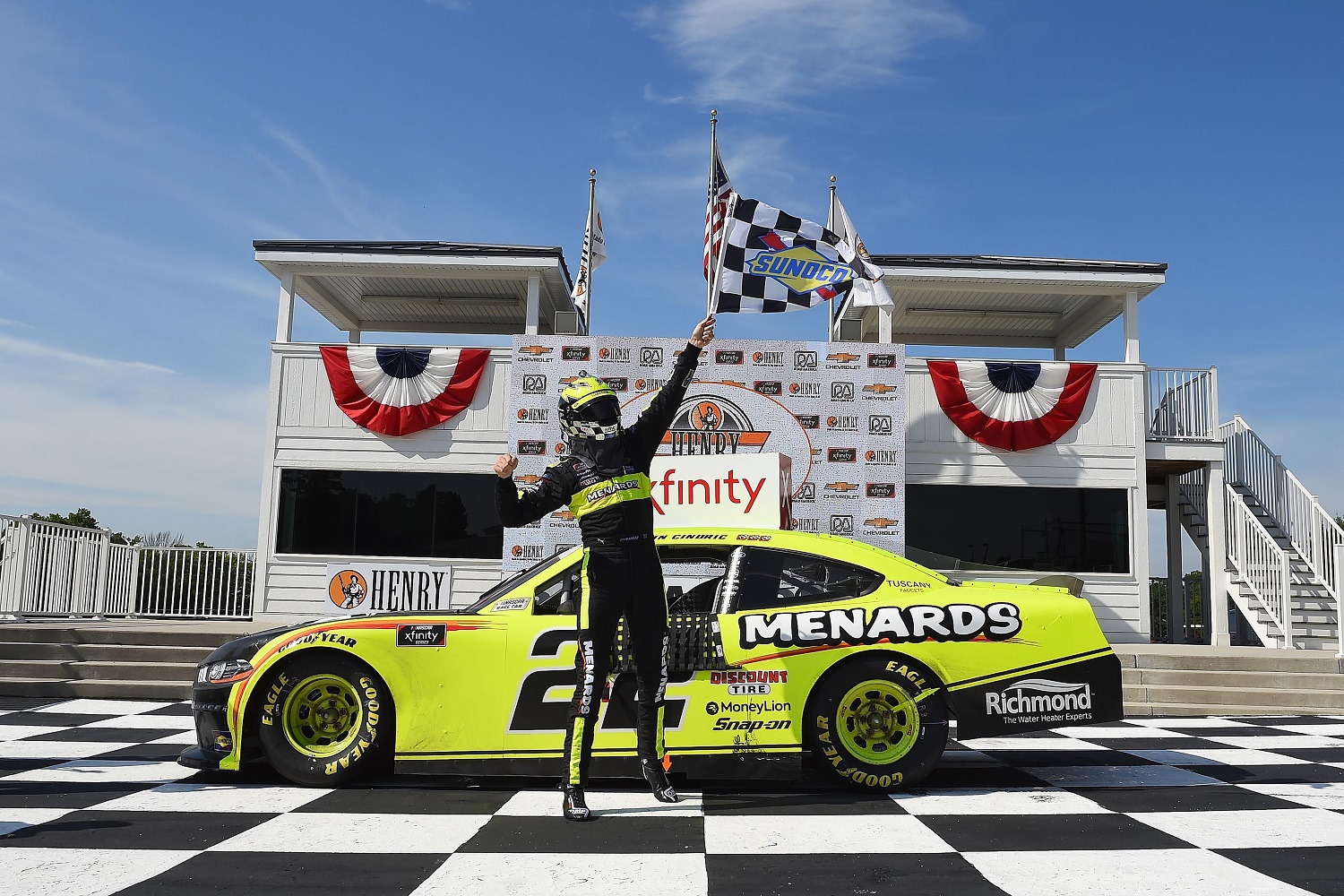 Meanwhile, over in Wisconsin, the mid-tier NASCAR Xfinity Series was on the Road Course at Road America. Team Penske’s Austin Cindric took the race lead on Lap 1 in his No. 22 Ford Mustang, but the event was red-flagged for lightning just eight laps in. NASCAR restarted the race once the lightning subsided, with fans then treated to a beautiful ballet of 650 horsepower stock cars slipping and sliding about as drivers battled for position on the idyllic 4.048-mile circuit. Drivers were eventually able to switch back to slicks as the track dried, with Cindric holding off A.J. Allmendinger in a three-lap shootout to the finish to take the victory. 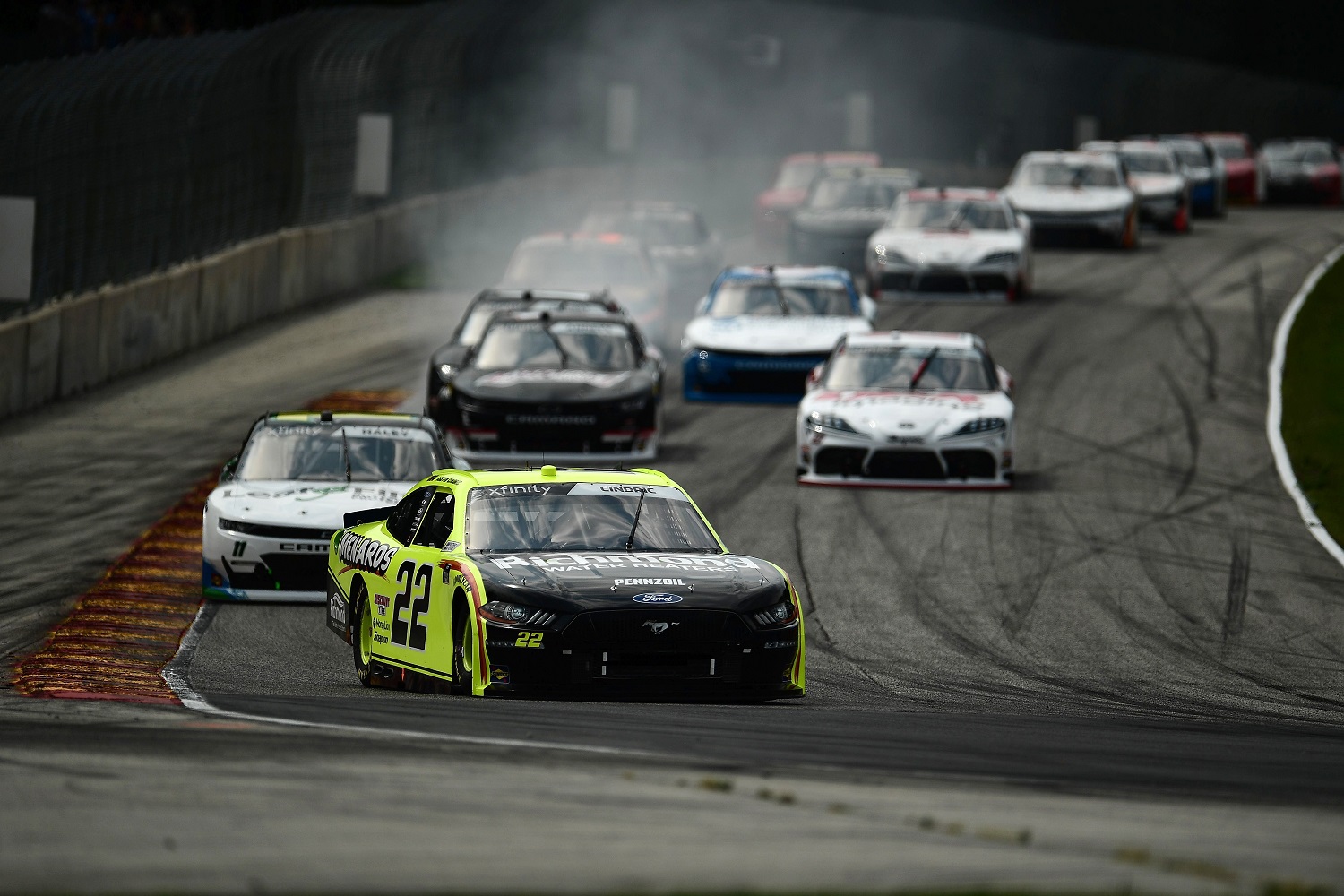 It was the perfect weekend for Ford athletes to put the Blue Oval front and center. The automaker presented its new Mustang Mach-E 1400 during the television broadcast for the NASCAR Cup Series races, with NASCAR champion Joey Logano raving about the wildly powerful EV during the broadcast after sampling it earlier in the week. The Mach E 1400 is an uber-powerful take on the regular Mach E crossover.

“It was so cool to get a chance to drive the Mustang Mach-E 1400,” Logano said after testing the vehicle at Ford’s private test facility. “With all-wheel drive it just launches at the start and you have so much power it’s crazy. The Ford Performance guys with (RTR) have built something special.” 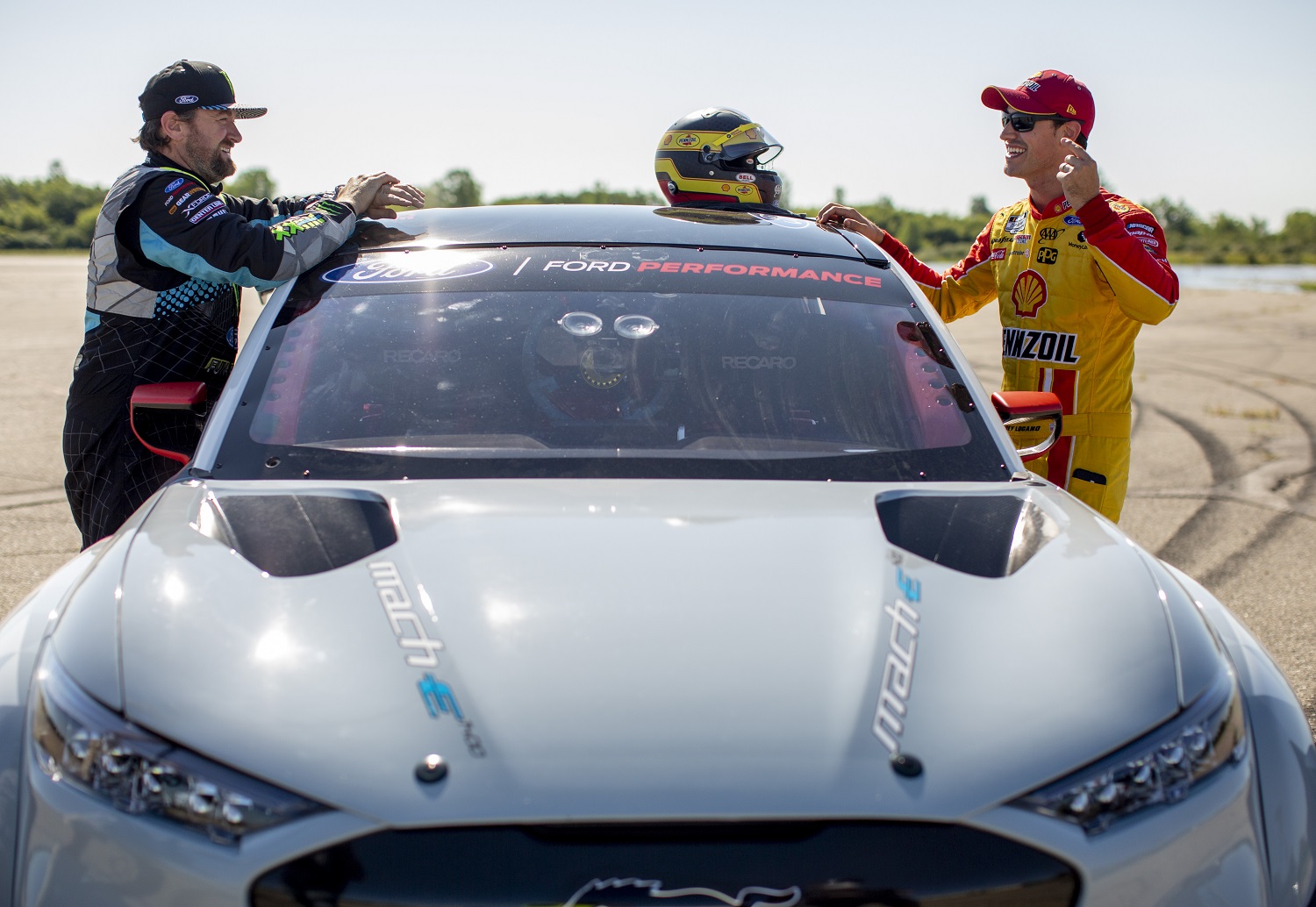 Ford will be looking to ride this positive momentum into the weekend as the NASCAR Cup Series, Xfinity Series and Gander Truck Series all head to the Daytona road course for the first time ever.

Be sure to subscribe to Ford Authority for more Ford Mustang news and non-stop Ford news coverage.