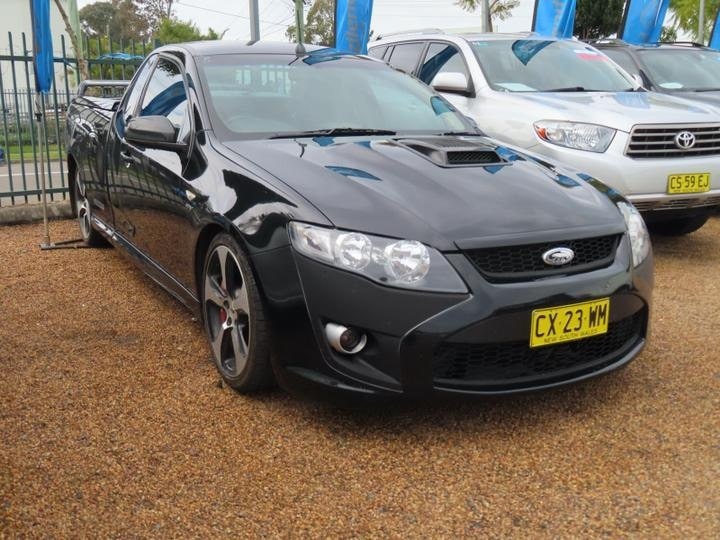 Our friends Down Under have always had a plethora of awesome performance Utes to choose from, and Ford has built some of the coolest. That includes the Ford Performance Vehicles Super Pursuit, which was one of the top Falcon-based car/trucks of its time. This beautiful 2009 example up for sale at Drive is most certainly one of the nicest we’ve seen recently, and reminds us what made these cars so special in the first place. 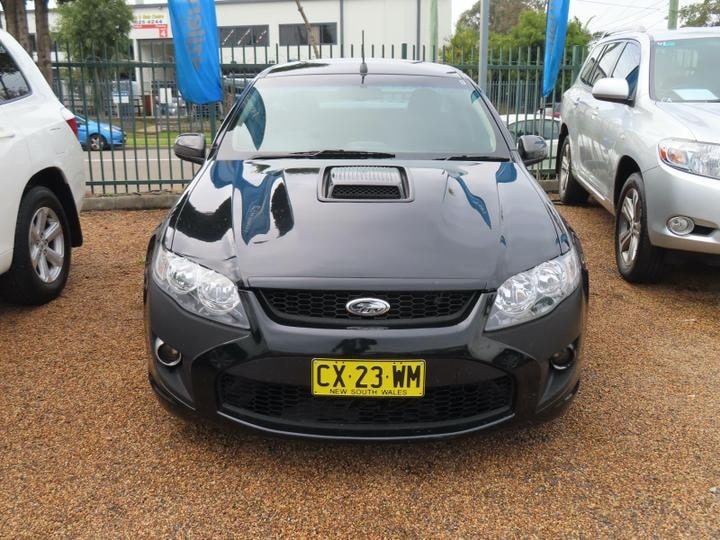 Ford Performance Vehicles was The Blue Oval’s Melbourne-based, premium performance arm from 2002-2014. It cranked out a series of cool machines over that time, many of which were direct responses to its main competitor, Holden. The Super Pursuit was such a machine, built to counter Holden’s LS3-powered E Series models of the era. 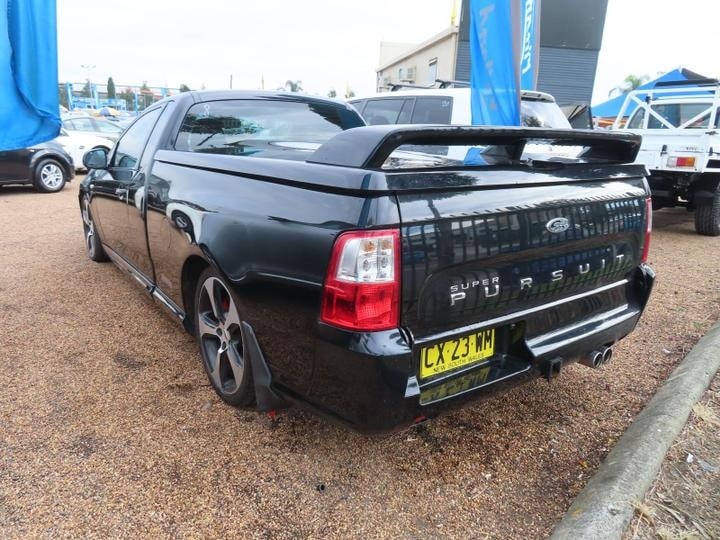 The Ford Performance Vehicles Super Pursuit featured a host of GT-P extras compared to the regular Pursuit model. It was powered by Ford’s 5.4L Modular V8 that produces 315 Kw (422 horsepower) at 6,500 rpm and 551 Nm of torque (406 pound-feet) at 4,750 rpm, which is mated to FoMoCo’s optional ZF six-speed automatic transmission featuring Sequential Sports Shift. 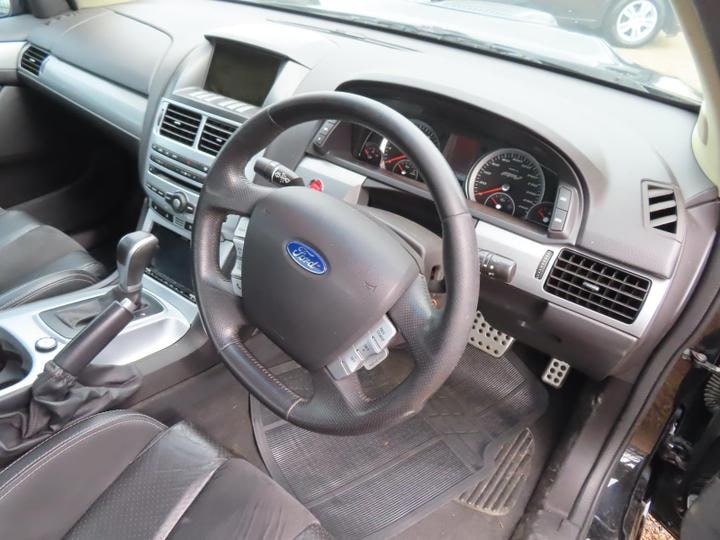 The Super Pursuit also carries massive Brembo brakes with six-piston calipers up front, along with a slew of exterior and interior upgrades. On the outside, that includes 19 inch wheels, dark headlight accents, wider rear wheel arches, a hard tonneau cover, rear spoiler, sporty front grille, side stripes, and hood decals. 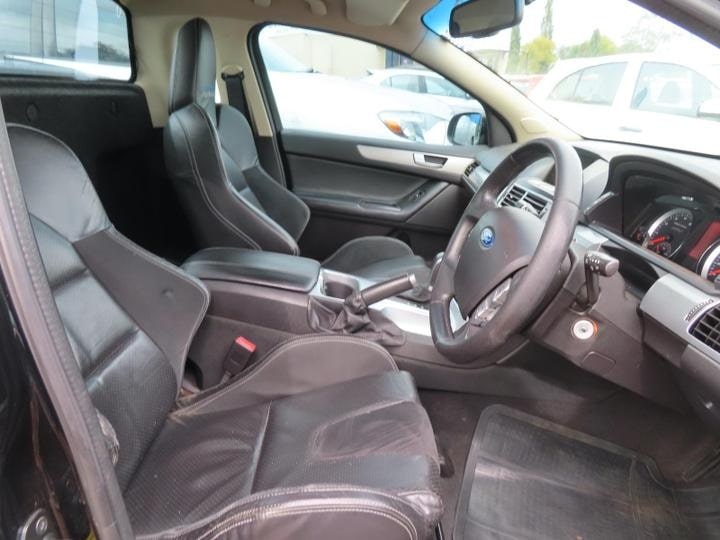 Inside, the Super Pursuit features a black leather interior and alloy pedals for a sporty and luxurious feel. Add it all up, and there’s no wondering why so many in the U.S. have long coveted Ford’s amazing performance Utes, which are certainly deserving of that attention. 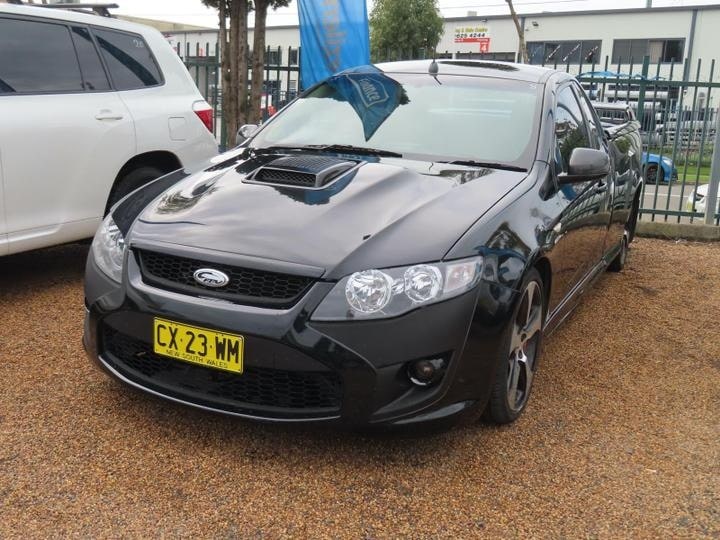 Alas, this is another fine example that isn’t quite old enough to be imported just yet. But as we wait for the years to go by (or legislation to change), we can only sit and admire this awesome machine from afar. 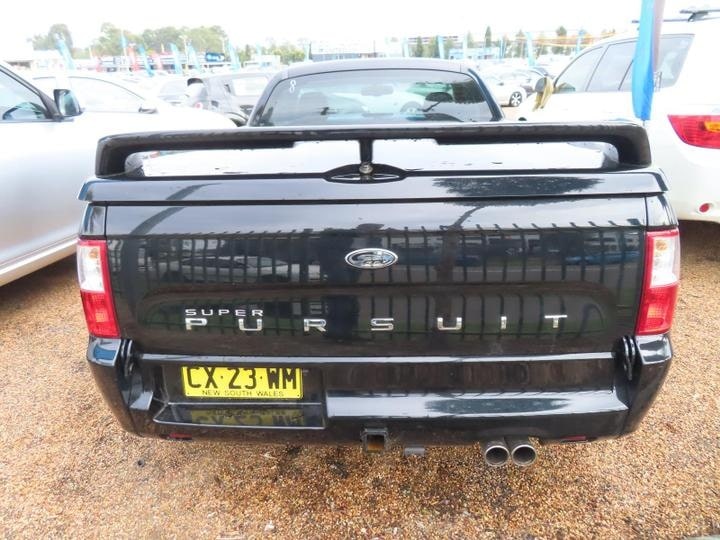