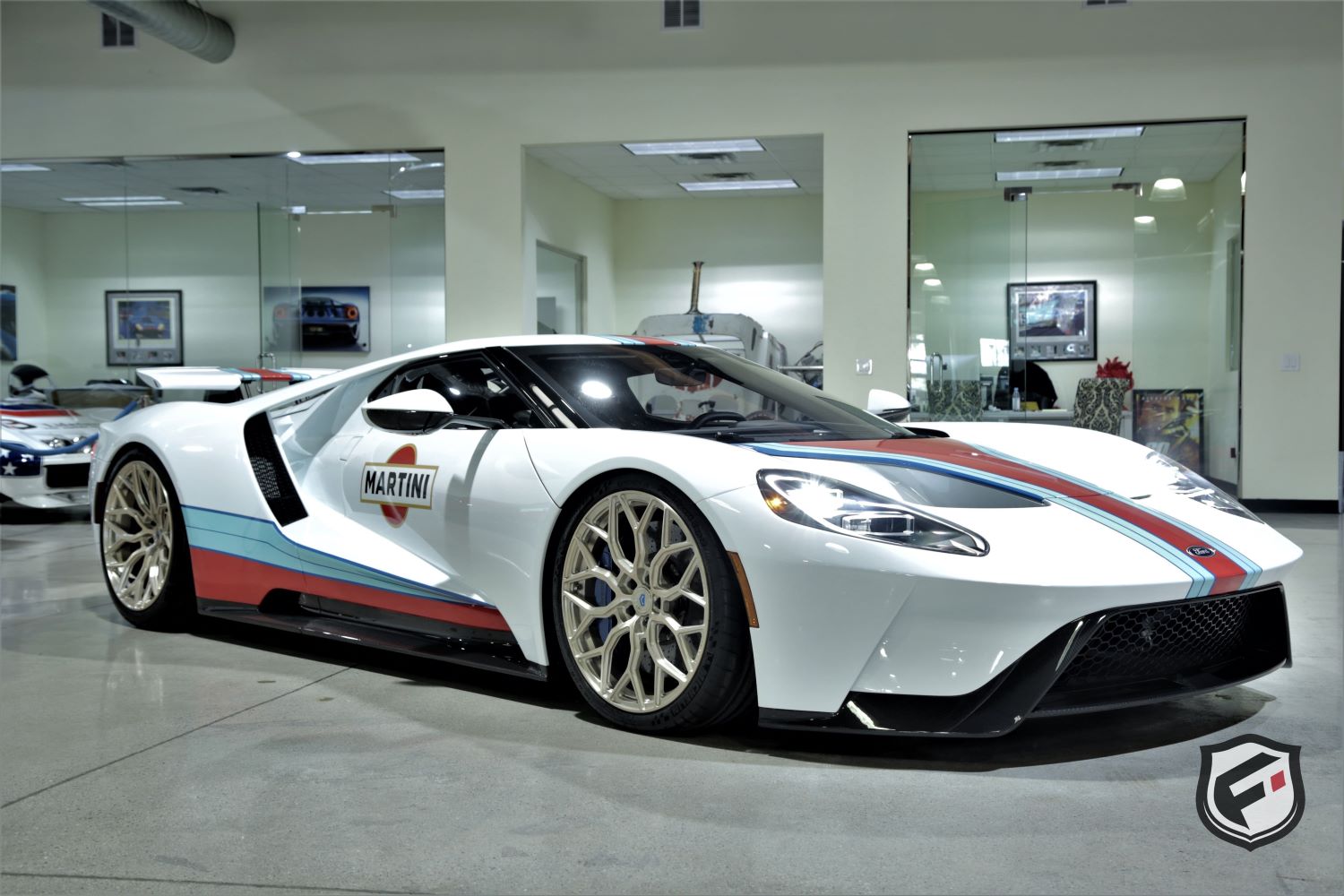 In the realm of automotive motorsports history, few cars achieved what the mighty Ford GT40 managed to accomplish. In the same realm, few liveries are as famous or immediately recognizable as the Martini & Rossi theme. Thus, if we put the two together, we’ve got a magical combination that’s simply hard to beat. And that’s exactly what this 2017 Ford GT with Martini livery presents – pure automotive perfection. 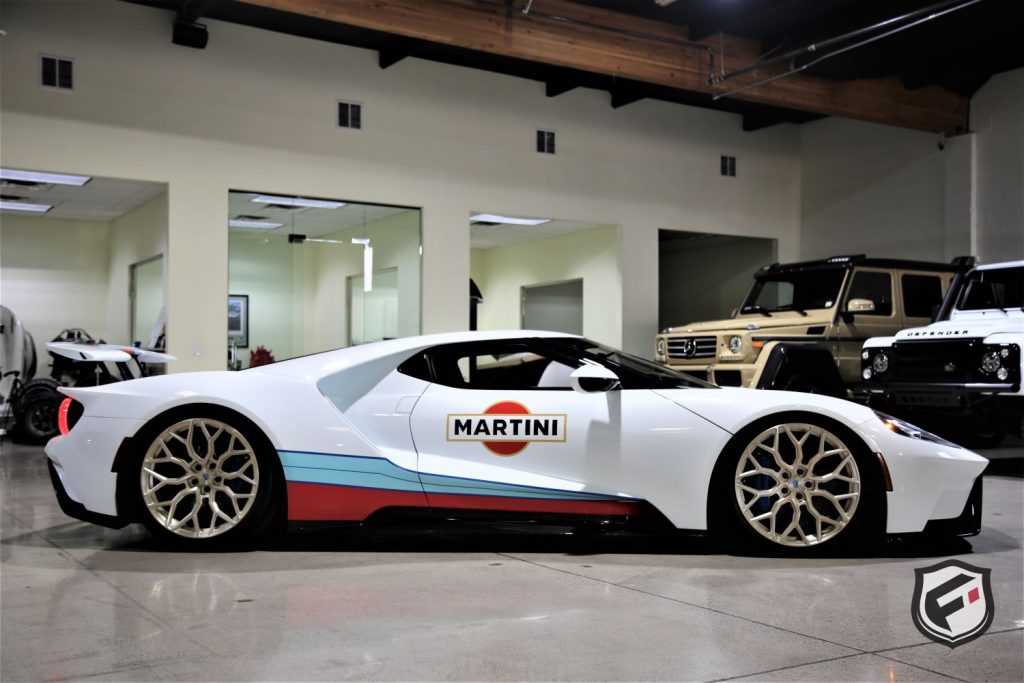 The stunning machine is currently up for sale at Fusion Luxury Motors, and is extra special for a number of reasons other than the fact that it’s a Ford GT with Martini livery. The car has a mere 927 miles on the clock, and is a Launch Edition, making it extra collectible. It’s in absolutely pristine condition as a result, and figures to be an appreciating asset moving forward. 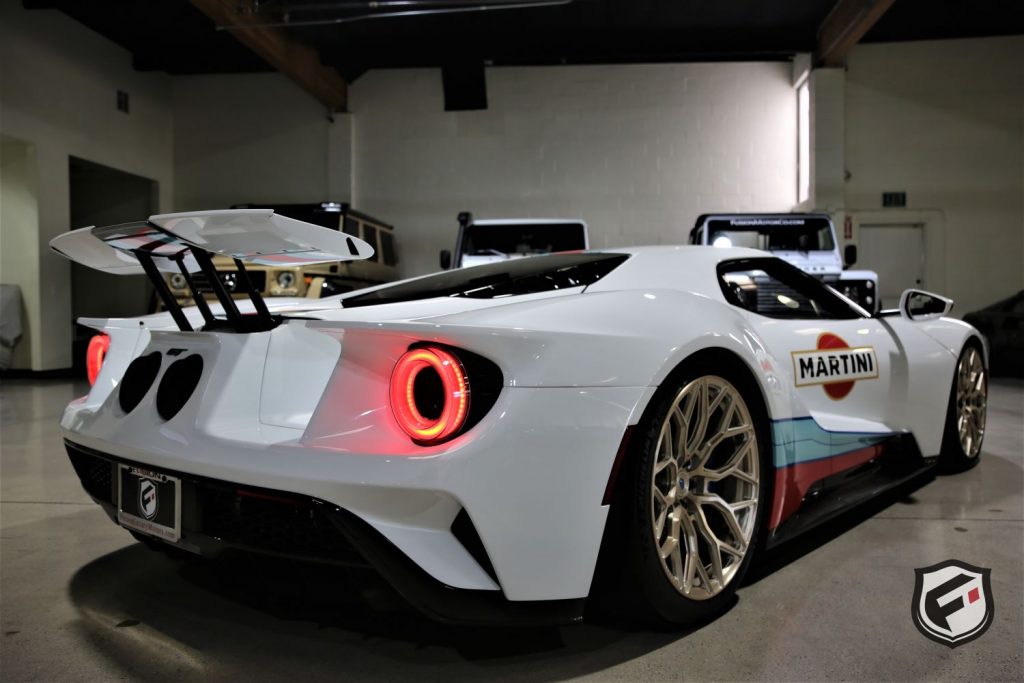 The special Ford GT is finished in Frozen White with Lightning Blue Overtop Stripes, which was paint-protected before the Martini & Rossi graphics package was added. That way, if the new buyer is crazy enough to remove it, they can do so without messing up the precious factory paint. The GT originally came with a set of gloss black wheels, but currently wears an attractive set of Vossen Monoblocks. 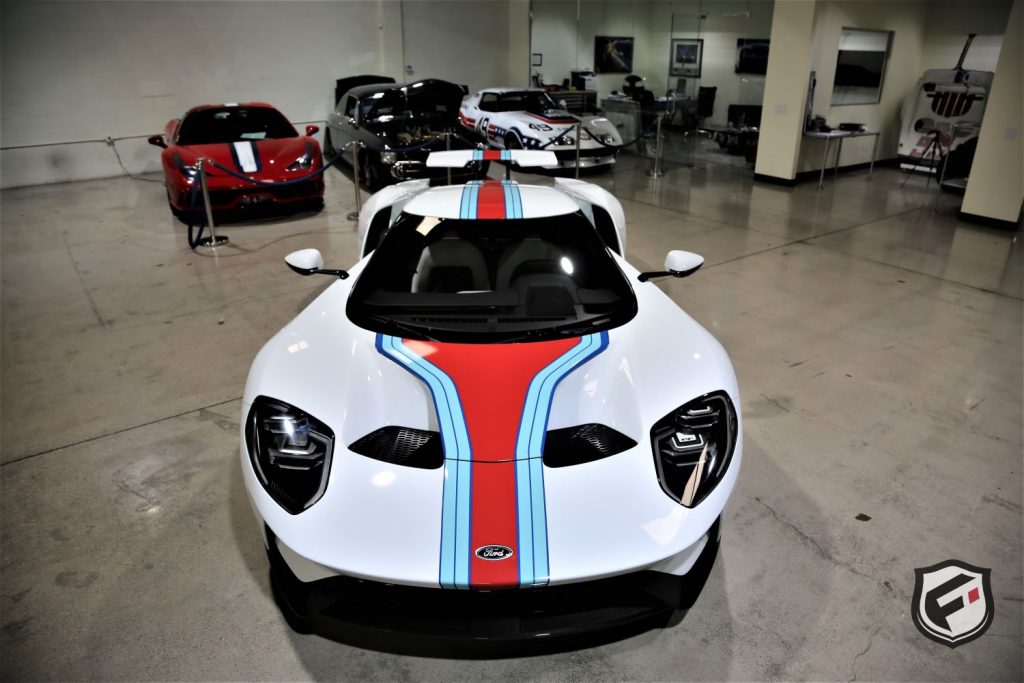 Other factory options on the special GT include six-point harness anchors, the Carbon Fiber Package, blue brake calipers, and an outdoor cover. It’s the perfect base for a Martini tribute car, and one that also sports a rather attractive (and matching) two-tone interior. 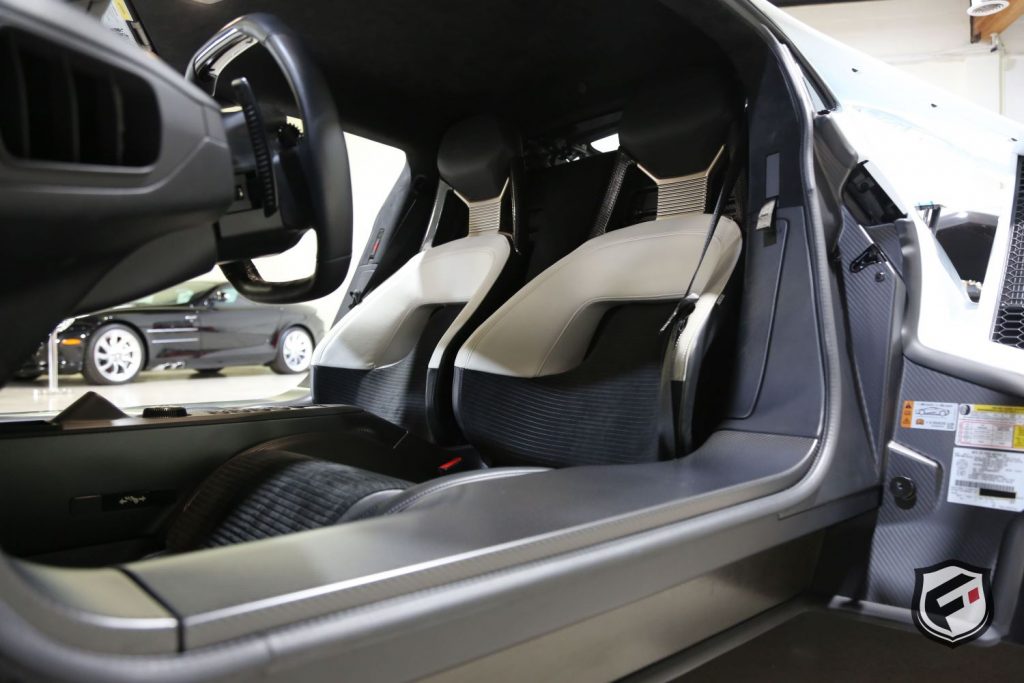 The Martini & Rossi livery has graced the flanks of some seriously amazing racing cars over the last several decades, so it makes a perfect philosophical match for the Ford GT. But on top of that fact, it also just looks amazing on the flanks of this particular car, and that’s what really matters, isn’t it? 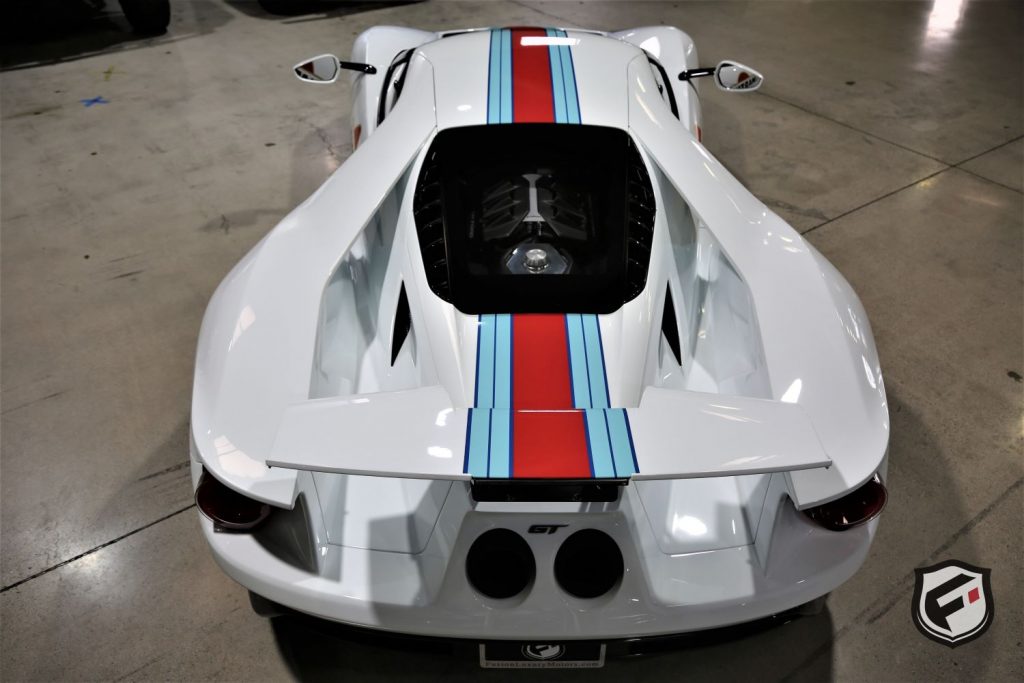 We’ll have more cool cars like this for sale soon, so be sure to subscribe to Ford Authority for more Ford GT News and around-the-clock Ford news coverage.