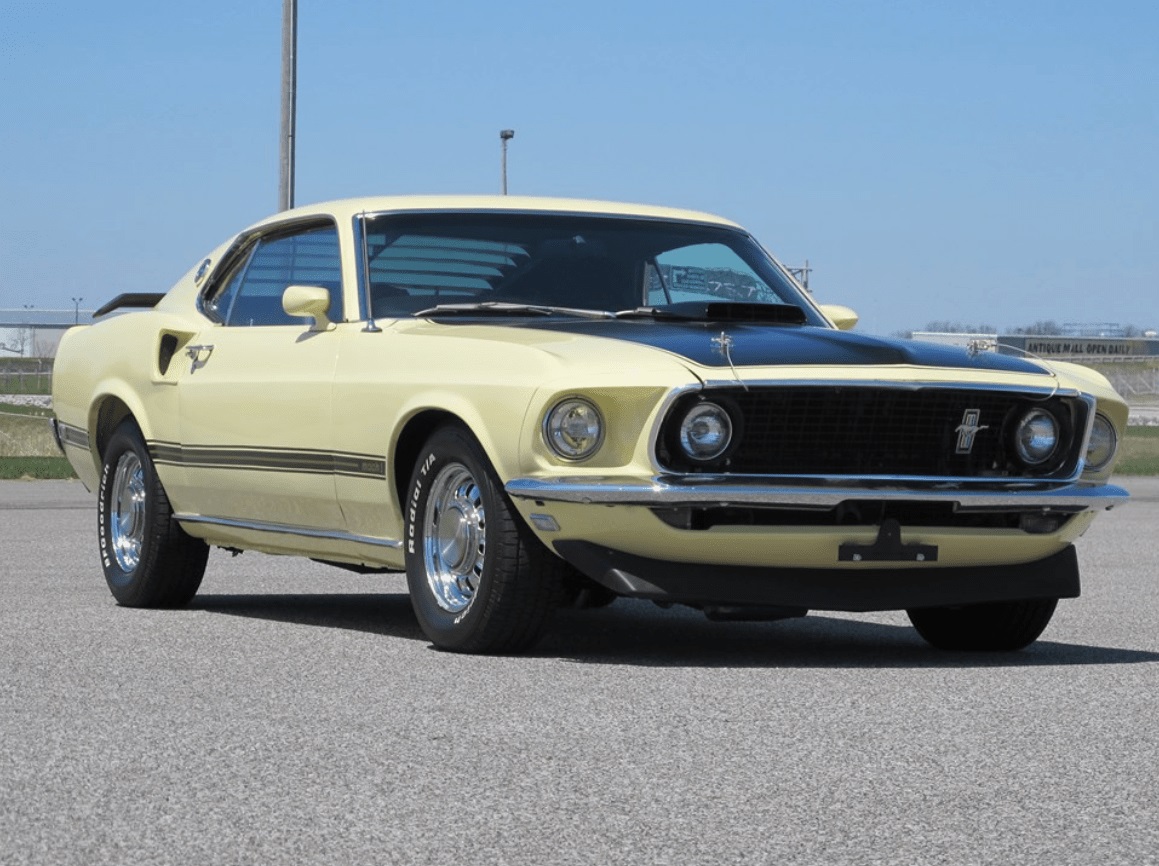 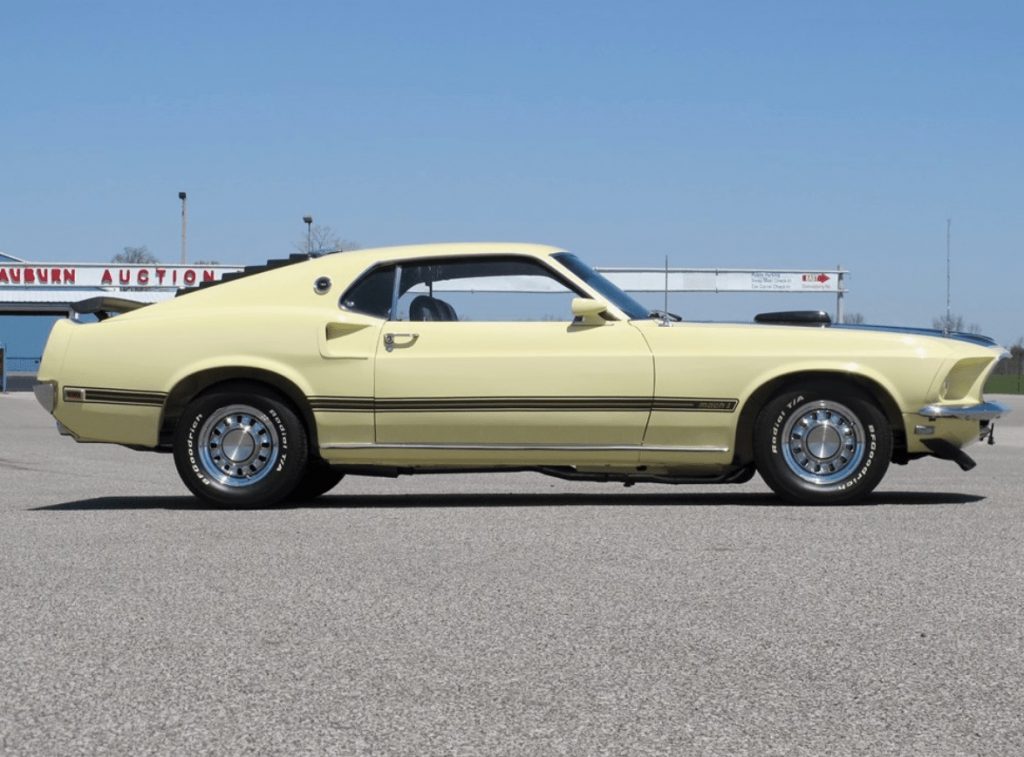 That’s impressive for a car that was one of six performance Mustang variants in 1969, and this gorgeous Meadowlark Yellow example that was recently sold by LaFontaine Automotive is a good example of why it was so popular. 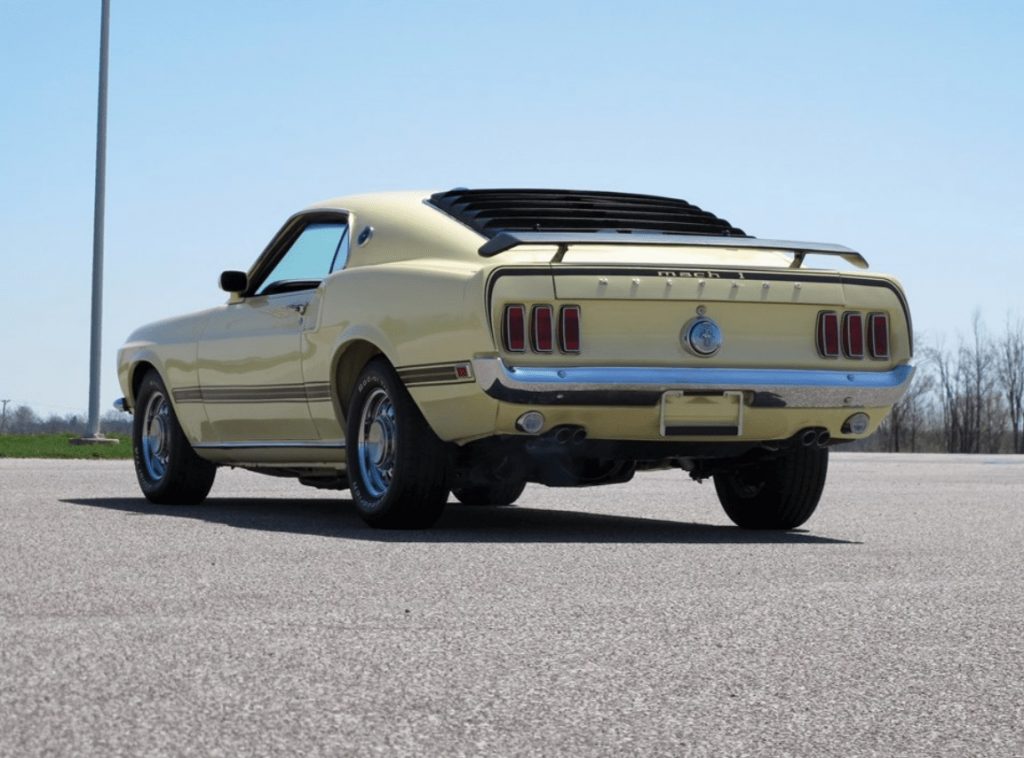 With just over 75k miles on the odometer, this 1969 Ford Mustang Mach 1 was recently treated to a full cosmetic restoration, and looks fantastic as a result. It comes with a full array of documentation, including a Marti report, owner’s manual, and window sticker. It’s also pretty much completely stock, save for the addition of an MSD ignition. 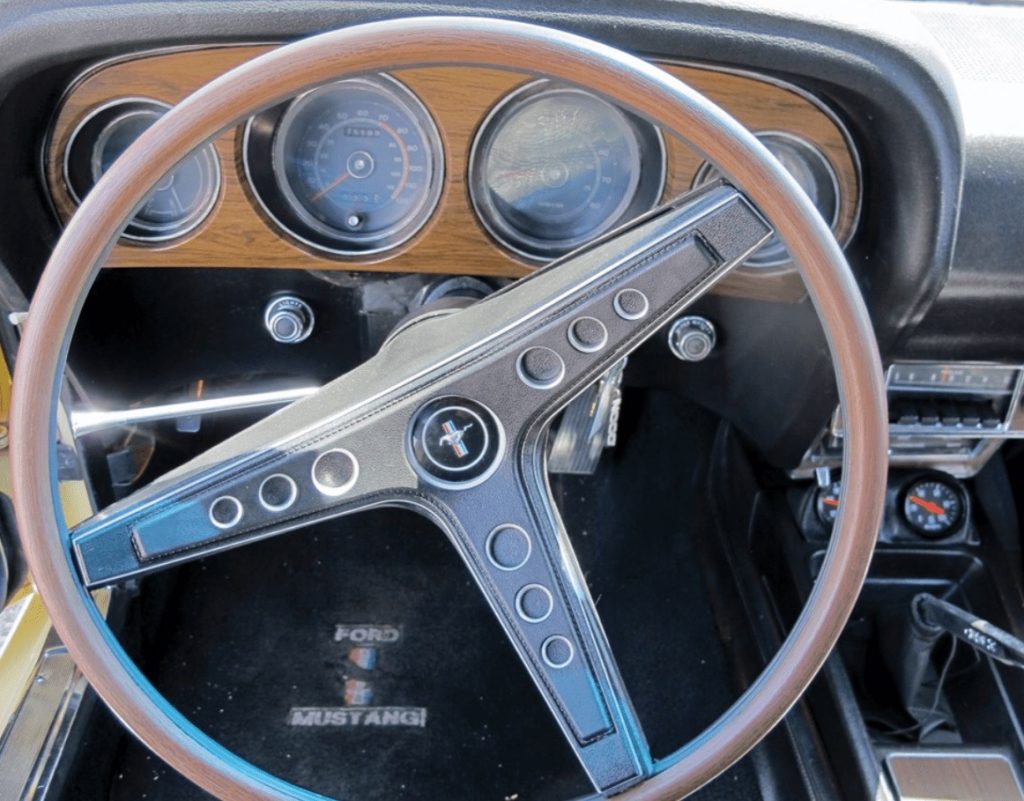 The Mach 1 was a stylish step up from the Mustang GT, providing customers with pretty much every goody buyers could want in one package. Six different engines were available in 1969, but this particular car is equipped with Ford’s 390 cubic-inch four-barrel S-code V8, which was factory rated at 320 horsepower and 427 pound-feet of torque. It’s mated to FoMoCo’s four-speed manual transmission with a Hurst shifter. 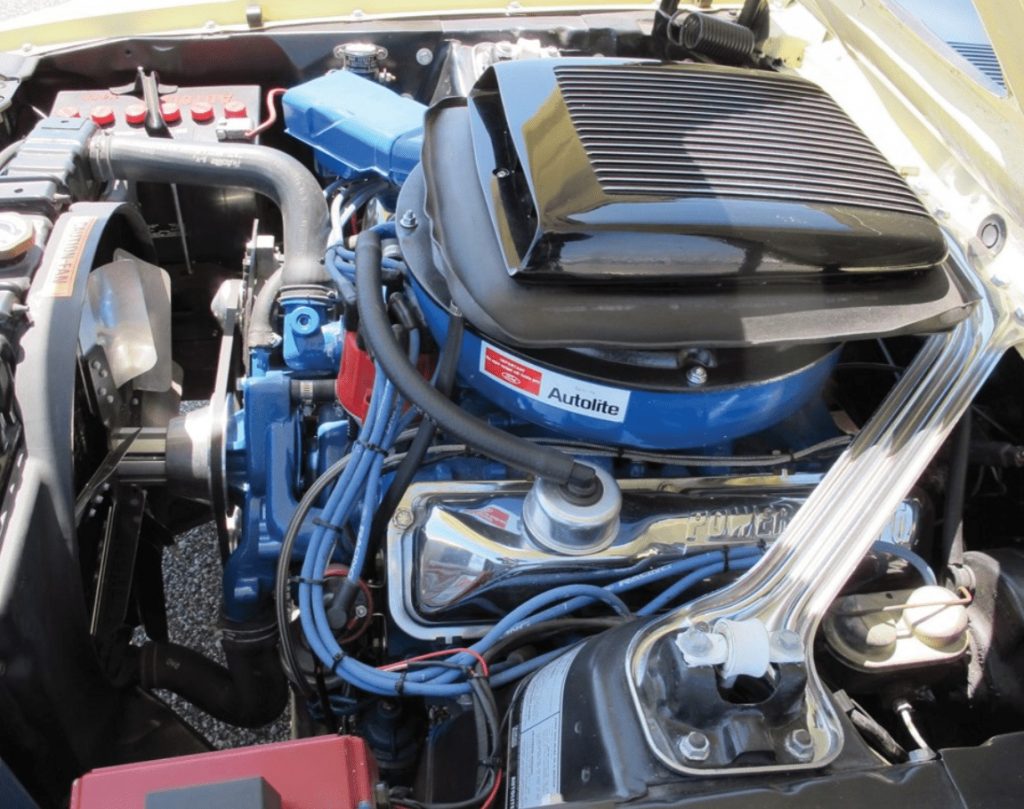 A simulated hood scoop was standard on the 1969 Mach 1, but this car is equipped with Ford’s optional and functional ram air style shaker hood. It also features power front disc brakes to help slow the muscular pony down from speed a little quicker. 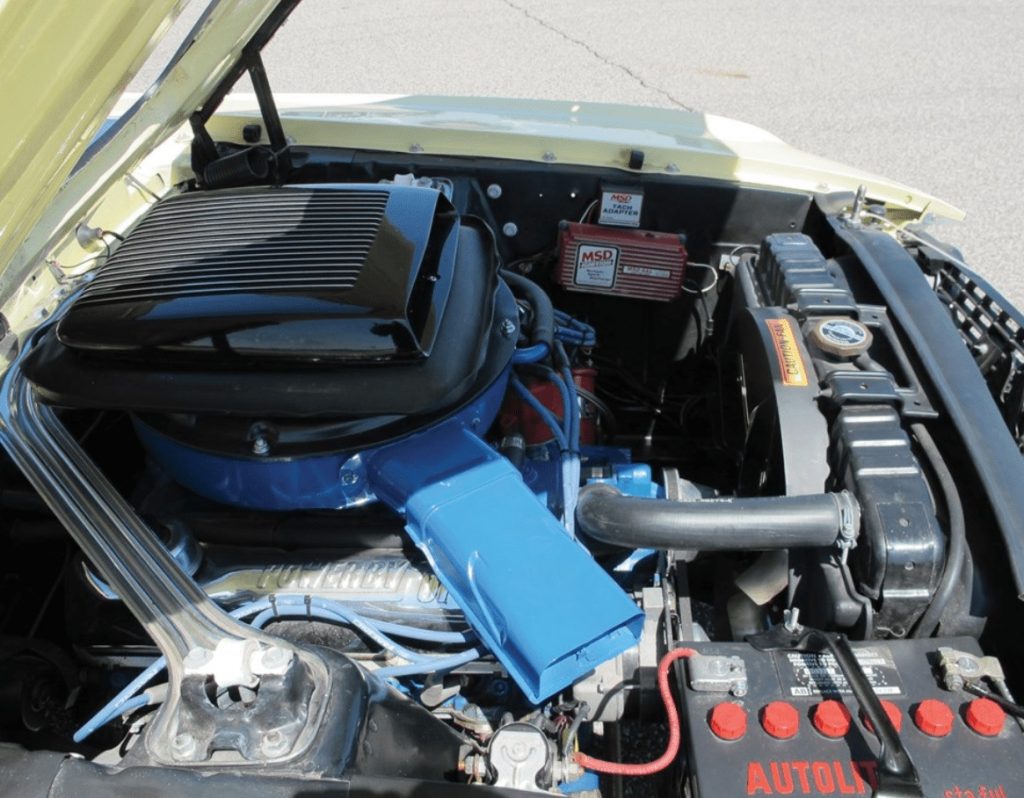 Given how nice this particular Mach 1 is, it’s no surprise that it sold rather quickly. What is surprising is the fact that Ford waited so long to bring back one of its more popular Mustang variants. But soon, buyers will once again get their shot at buying a sharp-looking, sharp-performing Mustang Mach 1 for the 2021 model year. 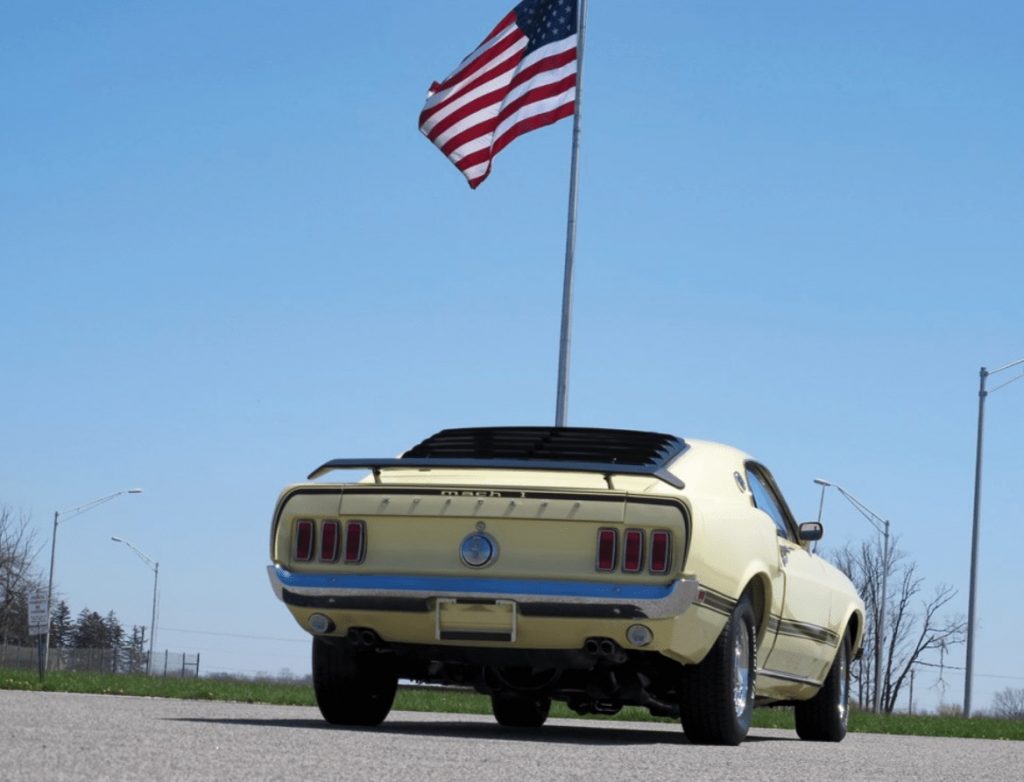 We’ll have more cool classics like this soon, so be sure to subscribe to Ford Authority for more Ford Mustang news and ongoing Ford news coverage. 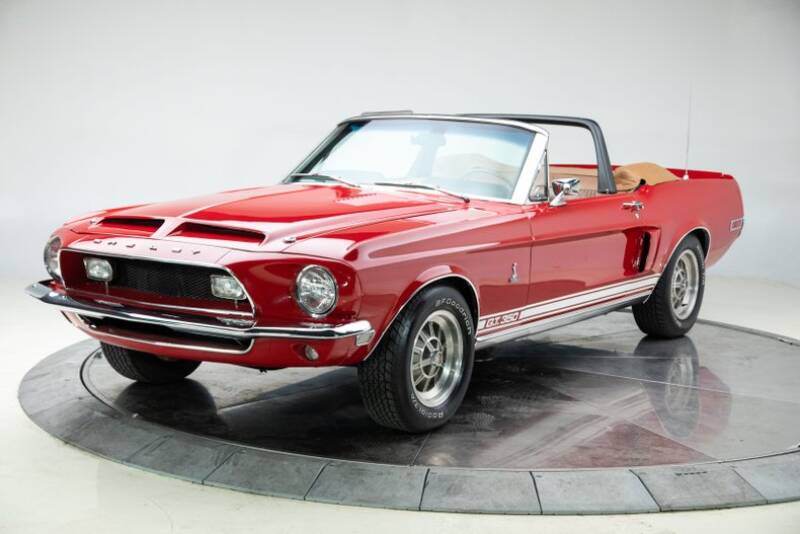