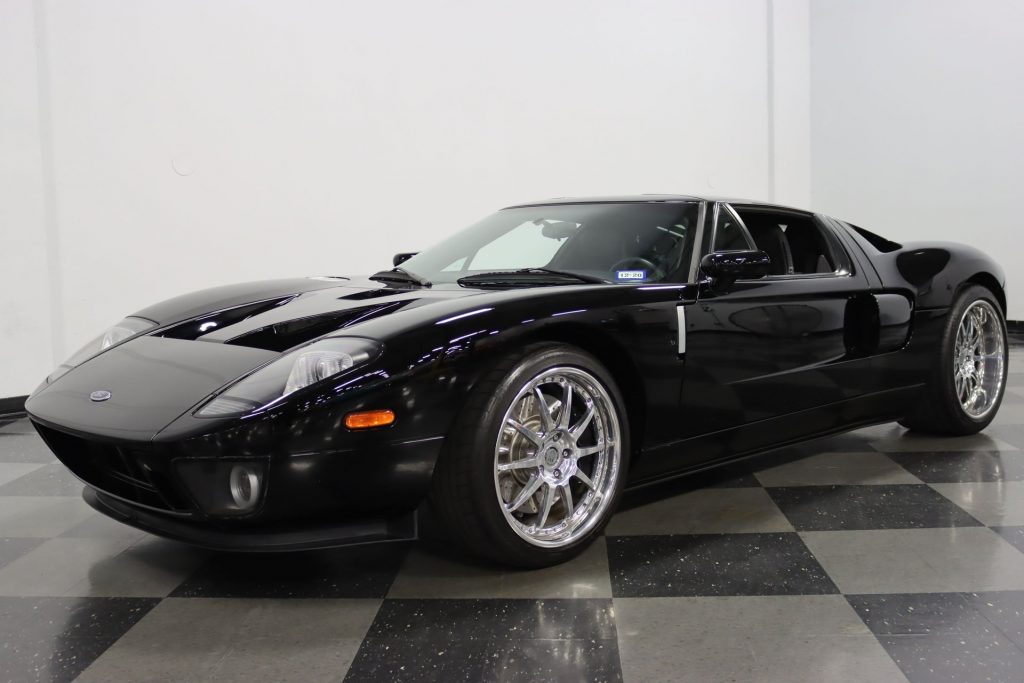 Ford Motor Company made history when it released the 2004 Ford GT – its first mid-engine supercar since the GT40. With styling that called back to The Blue Oval’s days as a Le Mans-winning powerhouse, the cars have become increasingly more desirable in the years since. And this 2005 Ford GT for sale currently is no exception. But under its shiny black sheetmetal lies a twin-turbocharged surprise. 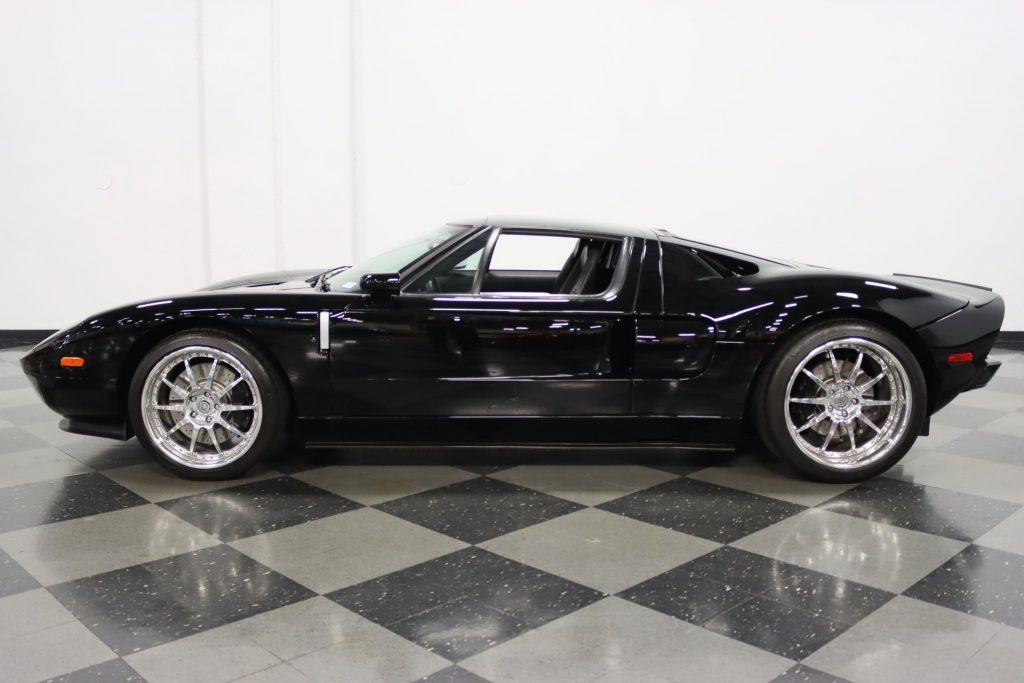 The first-generation Ford GT already had a powerful engine in the form of the supercharged 5.4L Triton V8 rated at 550 horses. But this particular car features a $60,000 twin-turbo conversion that is said to have boosted output to a dyno-verified 840 horsepower, a 290 horsepower boost over stock.

Underground Racing in Charlotte, NC performed the swap, which includes twin Garrett GT35-R dual ball bearing turbos. The job also involved replacing the intake manifold with a custom unit and the creation of a stainless steel exhaust system for the car. The stock Ricardo manual transmission was left in place. 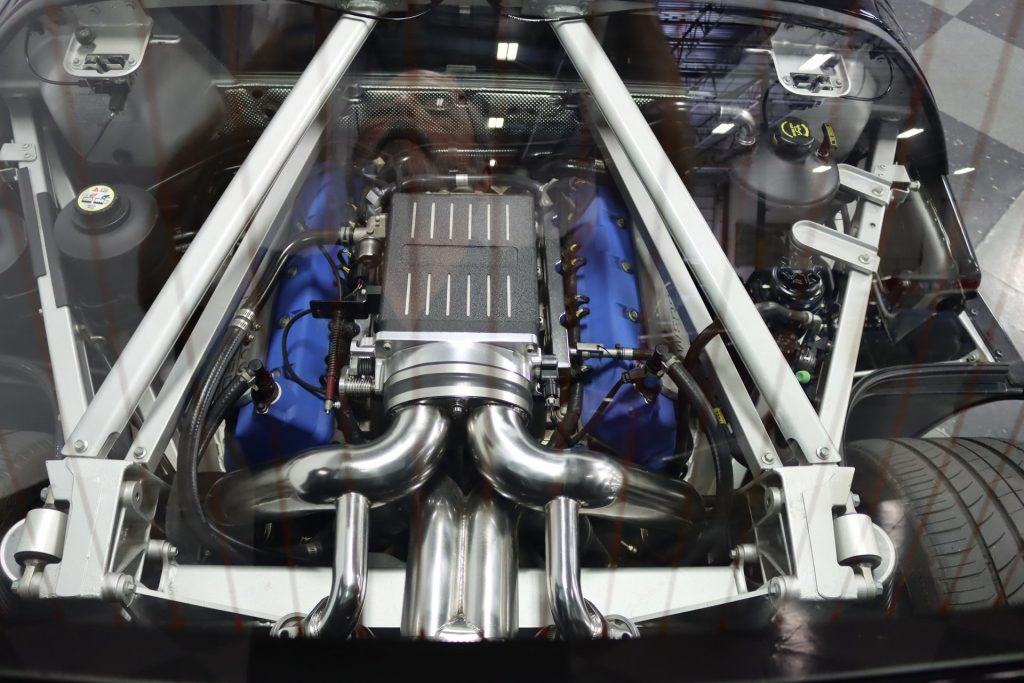 That power bump is good enough to rocket the car to a sub-three-second 0-60 mph time, which is quicker than a brand-new Ford GT. The most recent models take a leisurely three seconds flat to make the same run. 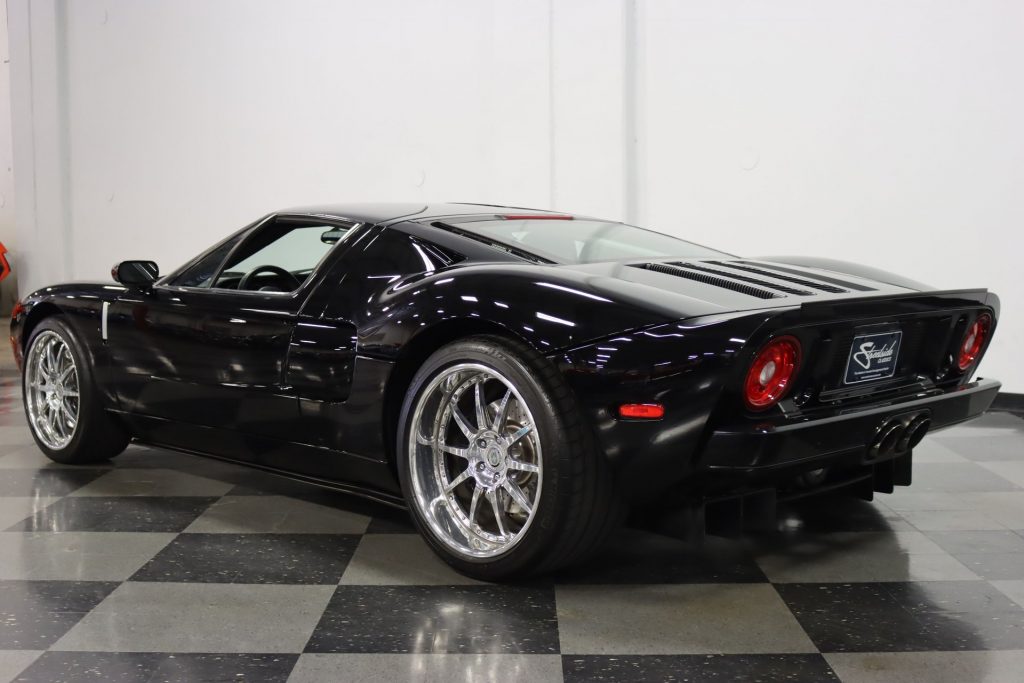 Elsewhere, the car features a stripe delete option, which we think does wonders to clean up the GT’s appearance. The selling dealer says that the car wears Mark II Black as a throwback to the 1966 24 Hours of Le Mans-winning GT40 MkII, though the original car had its stripes in place for the victory. Either way, only 238 units of the Ford GT were ever made in the color, and even fewer rolled out of the factory with the stripe delete option. 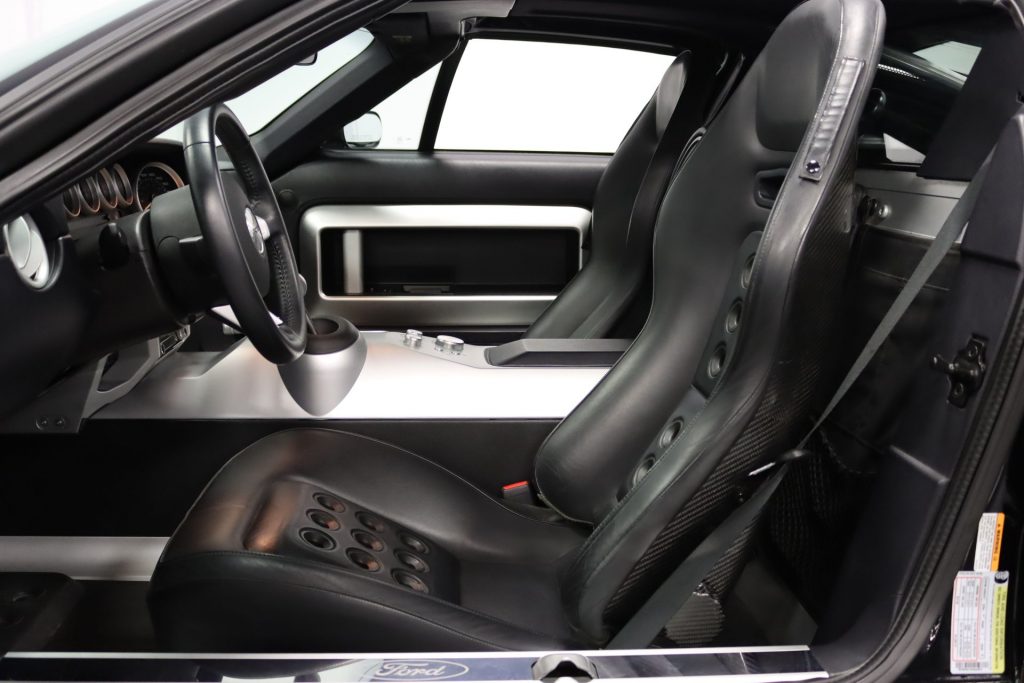 This car comes with all original documentation, as well as build receipts and paperwork from its dynamometer testing sessions. Surprisingly, this car, which has been professionally modified and has just 4,237 miles on the clock, isn’t selling for an outrageous sum – at least by Ford GT standards. It’s currently up for sale with a price of $309,995, which lands between the NADA clean trade-in and clean retail prices for the GT.

We’ll have more on the first-generation Ford GT soon, so be sure to subscribe to Ford Authority for more Ford GT news and 24/7 Ford news coverage.