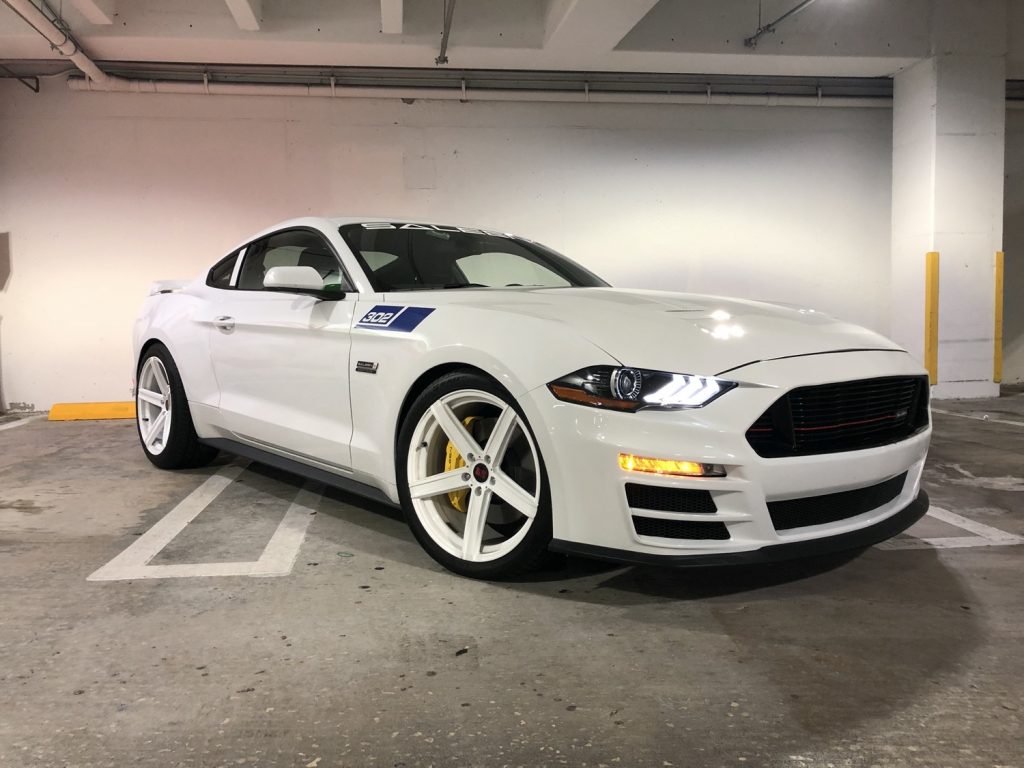 Saleen is a name synonymous with Ford Mustang performance. Its namesake, Steve Saleen, created his very first modified pony car way back in 1984. Decades later, the tuner is still cranking out performance parts and turnkey creations, including this 2019 Ford Mustang Saleen S302 White Label we recently spent some time with. 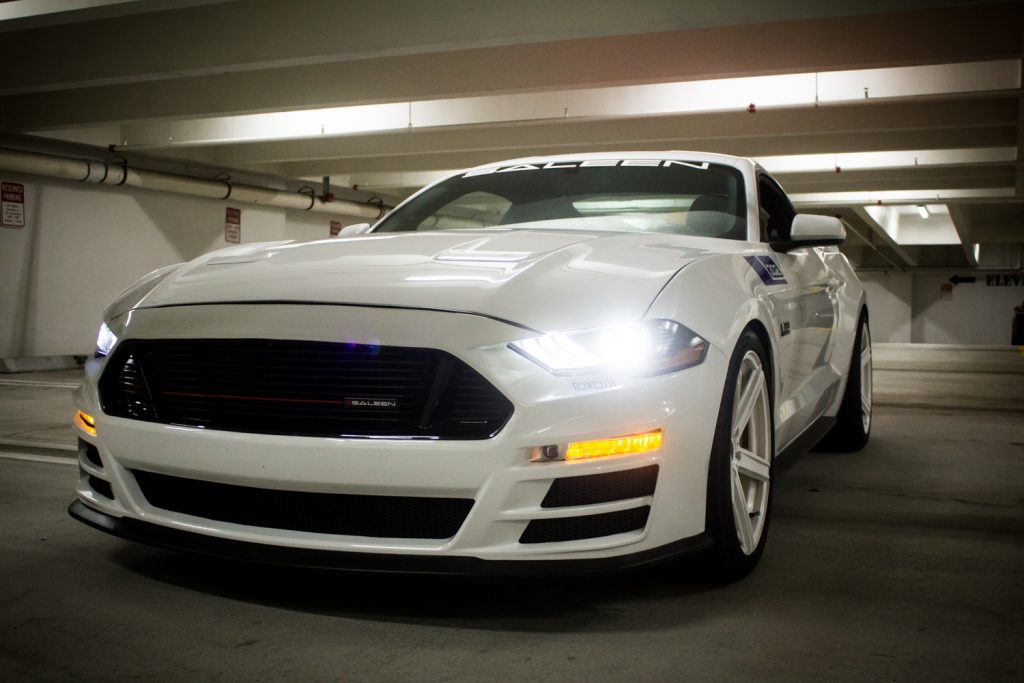 One of the most obvious modifications on the Mustang Saleen S302 is its unique front fascia, which gives the facelifted 2018+ S550 a more aggressive appearance. The front bumper also wears the production number of each individually numbered vehicle, which in this case is car #001 for the 2019 model year. 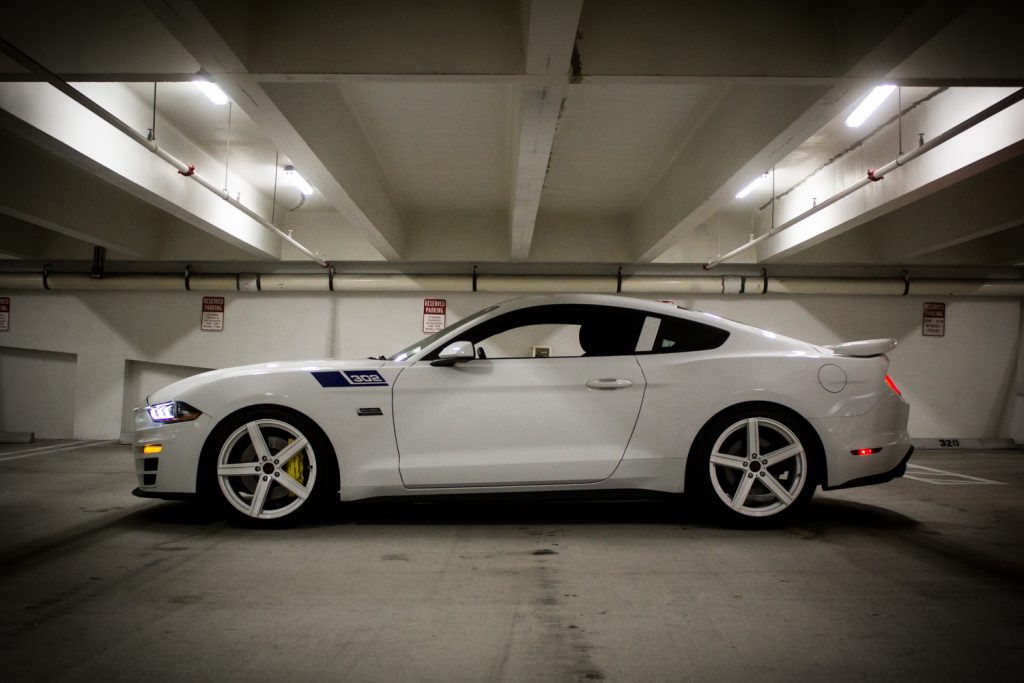 Moving down the side, the Mustang Saleen S302 White Label wears matching white 20 inch, five-spoke wheels at all four corners. The White Label also carries 302 badging on each front fender, which is done in a way that pays homage to Boss 302 Mustangs from the past, yet with a more modern design.

Directly beneath the 302 labels lies a pair of additional badges that feature the Saleen logo and script, as well as a “four-valve” badge. The B-pillars are painted white to match the body and wheels, and are embossed with Saleen script as well. 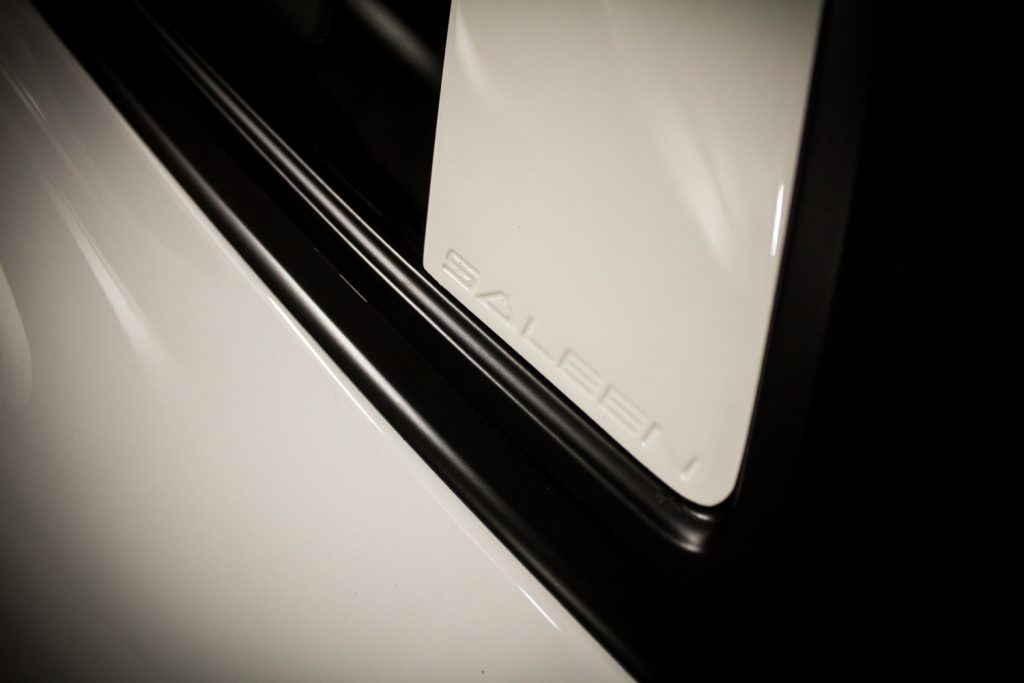 Out back, the Saleen S302 White Label is fitted with a large, unique rear spoiler that is functional in that it provides increased downforce at high speeds. The rear decklid trim is also embossed with Saleen script, and the lower rear fascia features a single-tip dual exhaust from the tuner. 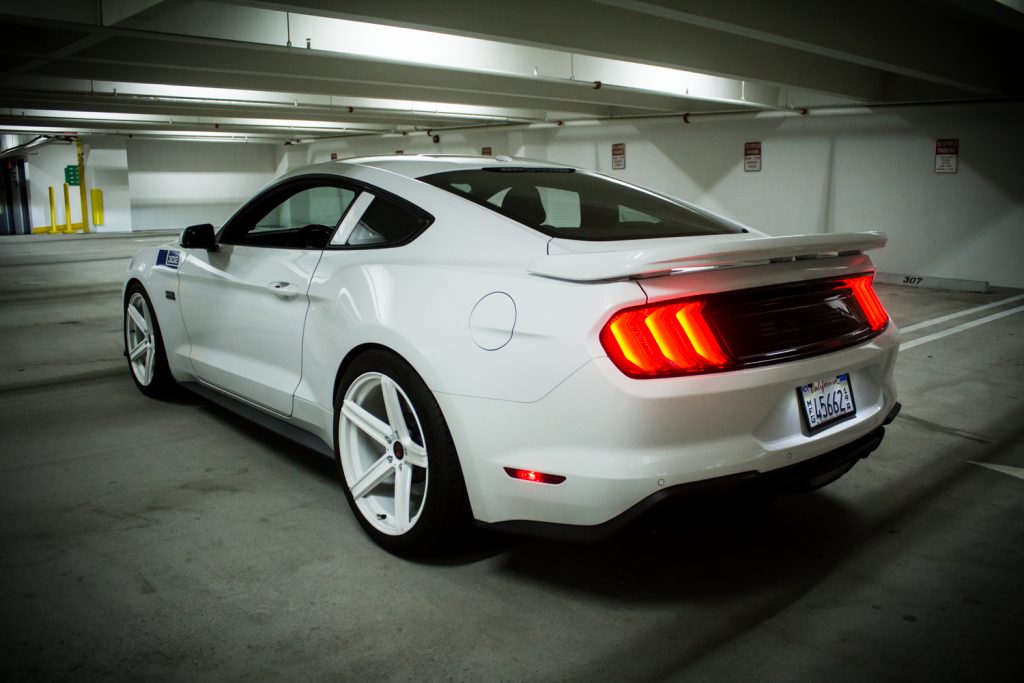 In terms of performance, the Saleen S302 White Label isn’t quite as aggressive as its higher-trimmed Yellow Label and Black Label brethren, but its Ford 5.0L Coyote V8 does receive a bit of a performance boost. The aforementioned exhaust adds 15 horsepower and 10 pound-feet of torque to the mix, which brings total output up to 475 horsepower and 430 pound-feet. A specially-tuned Racecraft suspension helps get that extra power to the ground.

Above all, the Saleen S302 White Label is a good looking package that really adds some visual punch to Ford’s Mustang, to the point where it’s sure to turn heads and attract questions wherever it goes.

We’ll have more informative videos like this to share soon, so be sure to subscribe to Ford Authority for more Ford Mustang news and ongoing Ford news coverage.