It’s no secret that the 2021 Ram TRX was created specifically to take the light-duty off-road pickup crown from the Ford F-150 Raptor. Ram said so itself when the truck was revealed, and now it appears that the automaker is benchmarking its new creation against the segment leader. Both trucks were spotted side-by-side for the first time somewhere in Detroit, Michigan recently.

These photos are rather revealing in a number of ways. On paper, the 2021 Ram TRX is reportedly larger than the F-150 Raptor, measuring in at 232.9 inches long, 88 inches wide, and 80.9 inches tall, versus 231.9 inches long, 86.3 inches wide, and 78.5 inches tall for the Ford. In these pictures, those size differences are on clear display. A couple of inches may not seem like a lot, but the TRX is visually wider and taller than the Raptor, at least by a little bit.

Things are quite different under the hood, however. The 2021 TRX will be powered by FCA’s supercharged 6.2L Hemi V8 producing 702 horsepower and 650 pound-feet of torque. That’s considerably more than the 450 horsepower and 510 pound-feet of torque the current Raptor’s 3.5L EcoBoost V6 provides. FCA says the TRX will do 0-60 in 4.5 seconds and the quarter-mile in 12.9, which is quicker than the Raptor’s 5.5 second 0-60 romp and 13.8 second quarter. 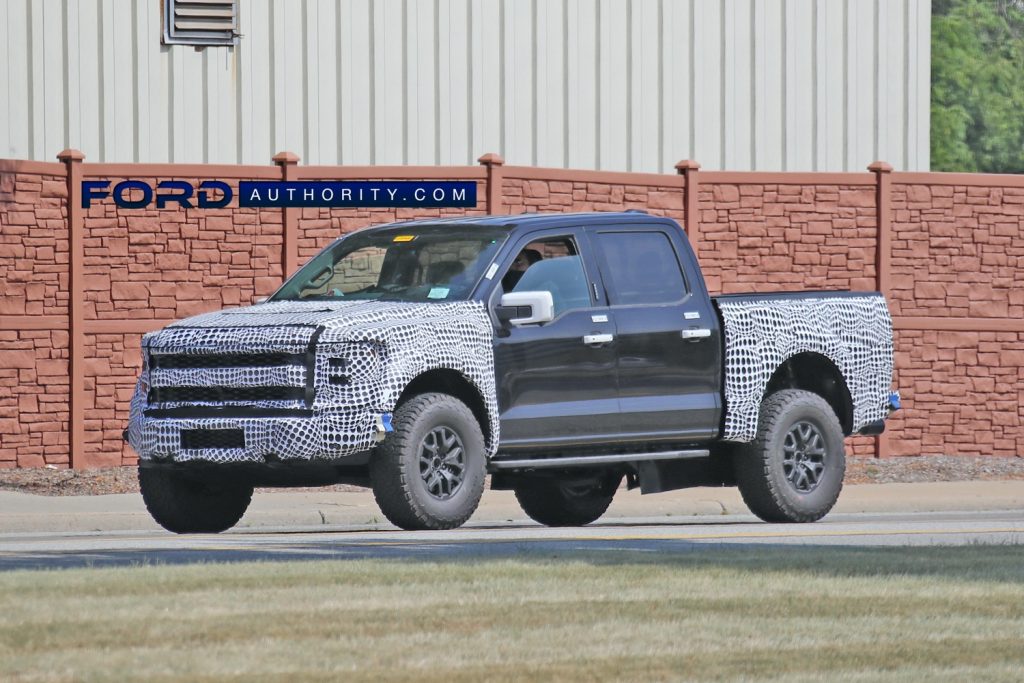 However, the TRX’s stay at the top should be short-lived, though it didn’t stop Ram from poking a little fun at the Raptor with a well-placed Easter egg. As Ford Authority exclusively reported last month, the next-gen F-150 Raptor will be getting Ford’s supercharged 5.2L Predator V8 as an option, which will produce between 725 and 750 horsepower in the pickup.

It’s currently unclear whether the all-new, third-generation Ford F-150 Raptor will come to market for the 2021 or 2022 model years. It’s possible that the vehicle will actually launch toward the end of the 2021 model year, but with very limited availability. Regardless, we can confidently say the the battle royale between these two trucks has only just begun.

We’ll have more on the next-gen Raptor and its rival very soon, so be sure and subscribe to Ford Authority for the latest Ford F-Series news, Ford F-150 news, F-150 Ford Raptor news, and continuous Ford news coverage.