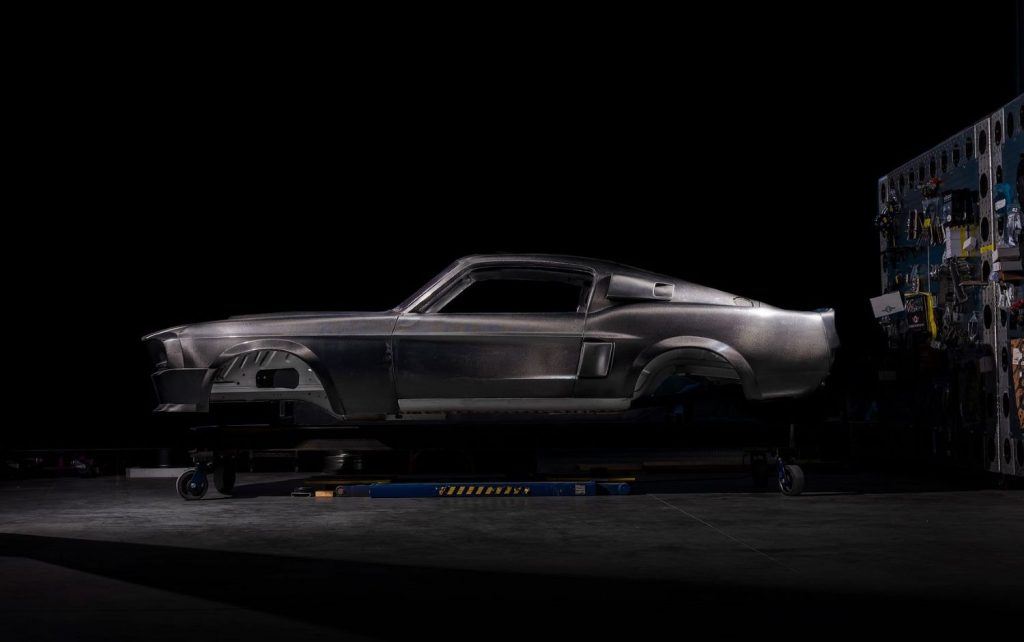 Back in May, Classic Recreations, makers of officially licensed recreations of classic Ford and Shelby vehicles, announced that it was teaming up with carbon fiber body maker SpeedKore Performance Group to build the world’s first carbon fiber-bodied classic Mustang. And now that car, dubbed the Shelby GT500CR Carbon Edition, has officially entered production.

Only 25 of these special Ford Mustang recreations will be produced in total, however, and each of them will be delivered to its new owner at Shelby American headquarters in Las Vegas. Classic Recreations will also be making a donation to the Carroll Shelby Foundation with each delivery. 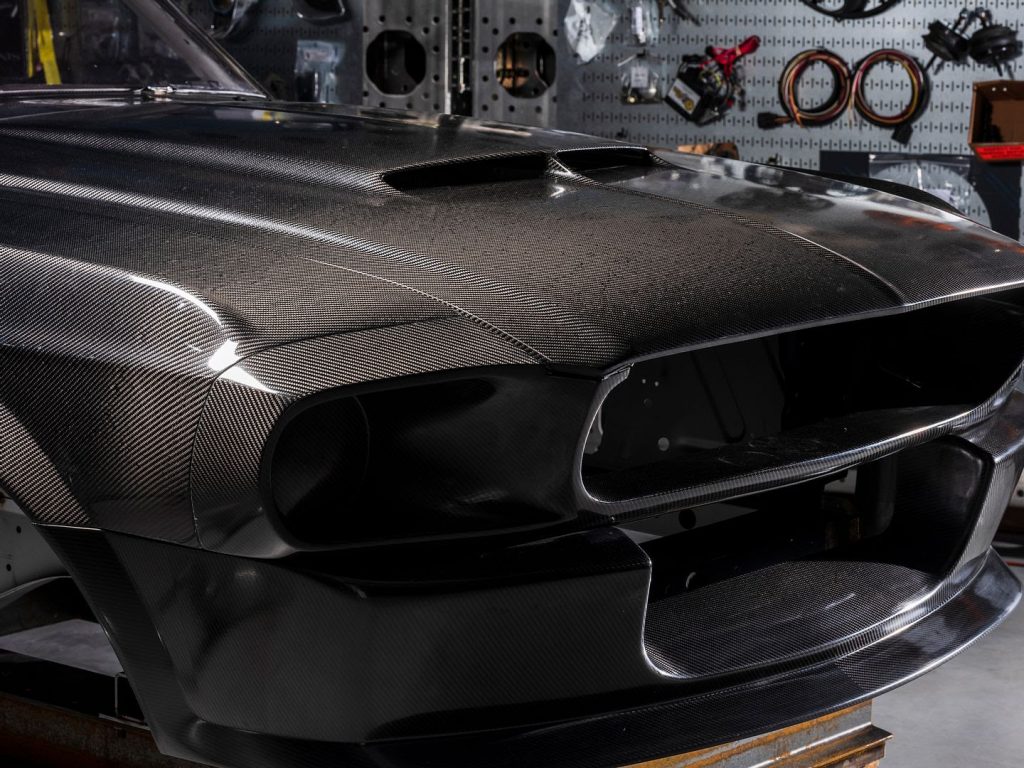 The Shelby GT500CR Carbon Edition is no doubt a special machine, but its exterior shell is the main attraction here. Classic Recreations and SpeedKore teamed up to create the woven carbon fiber bodies using original Shelby molds to meticulously reproduce the iconic lines of the classic 1967-68 Shelby Mustang. It is the first time that the technology – commonly used in supercars, exotics, and aircraft – has been applied so extensively to an American muscle car.

“By wrapping this featherweight carbon fiber body over the original steel substructure, we can create perfect panels, seams and lines,” said Jason Engel, founder, co-owner, and lead designer at Classic Recreations. “The result is stunning perfection in a car that is an astounding 600 pounds lighter than stock. The power-to-weight ratio is on par with the most exotic vehicles, making it a modern world-class supercar with American muscle at its soul.” 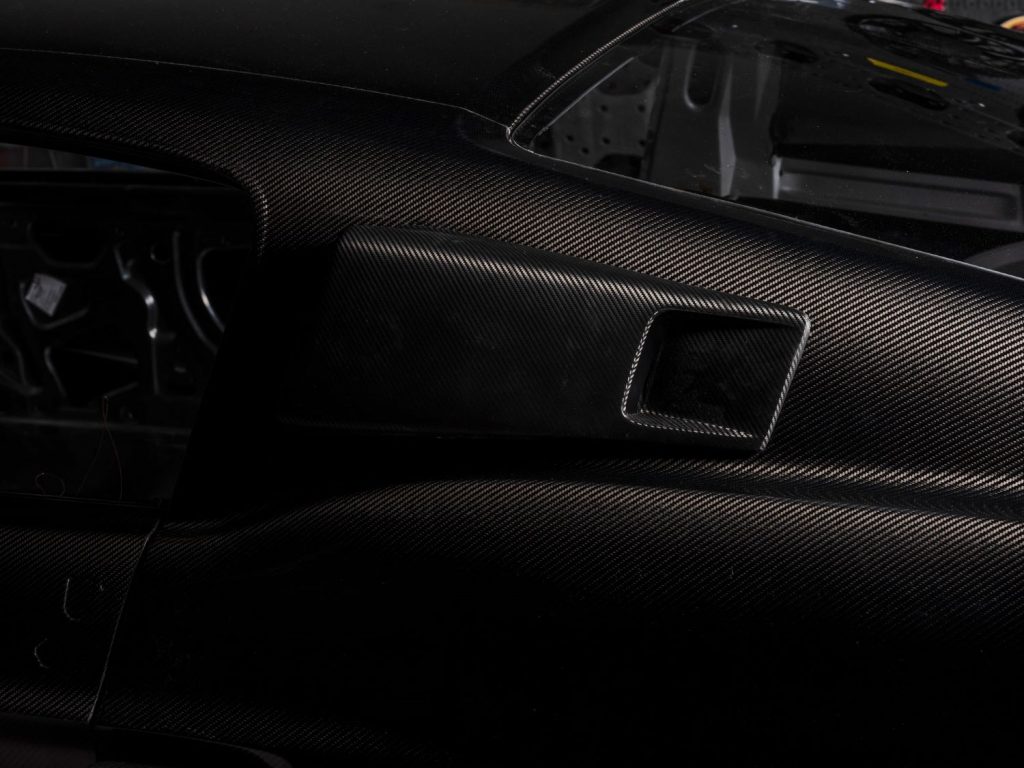 The GT500CR Carbon Edition is powered by Ford’s 5.0L Coyote V8, which is topped off with a Whipple Stage 2 supercharger and mated to a Tremec six-speed manual transmission. Underneath, the Mustang features an adjustable coil-over suspension, tubular subframe connectors, high performance Wilwood brakes, a roll bar, and a hydraulic steering rack. The car rolls on American Racing forged wheels wrapped with high-performance Michelin Z-rated tires.

To commemorate the launch of this special machine, Classic Recreations is offering a hand-painted limited edition model with a customizable exterior stripe color and UV protected clear coat to show off the carbon weave patterns. Each will also receive special badges that will be applied by Shelby American to the cars when they arrive in Las Vegas. 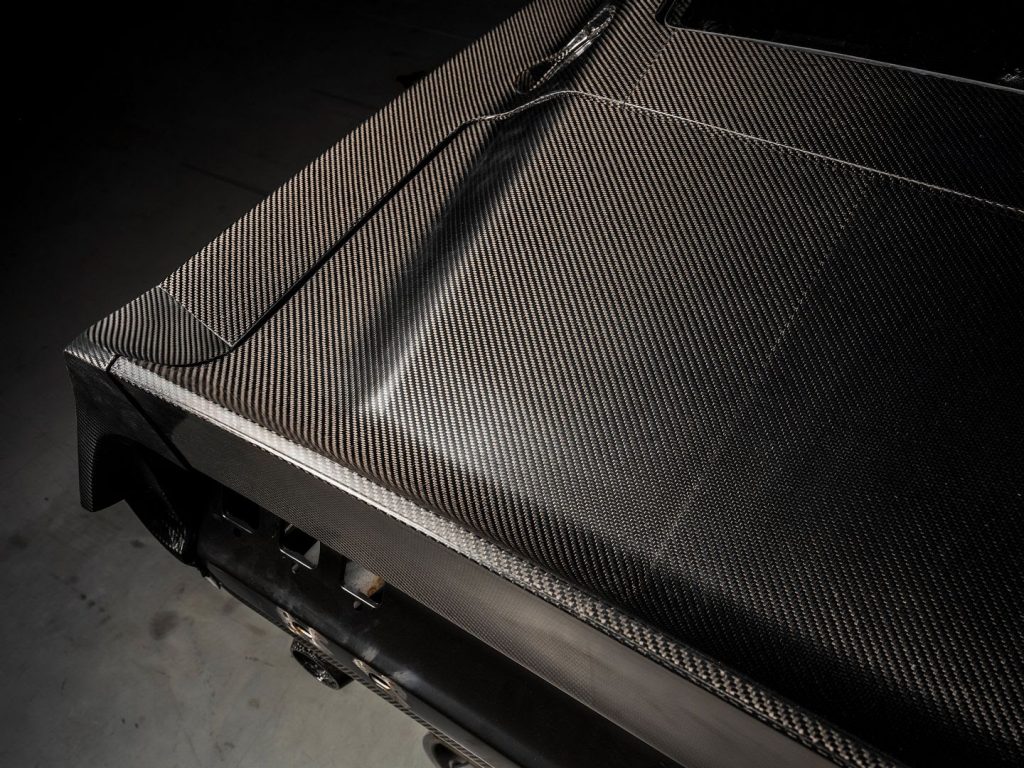 The Shelby GT500CR Carbon Edition is ready for order and features a starting price of $298,000. Production requires around 12-18 months, and select customized upgrade options are available.

We’ll have more cool cars like this to share soon, so be sure to subscribe to Ford Authority for more Ford Mustang news, Mustang Shelby GT500 news, and ongoing Ford news coverage.