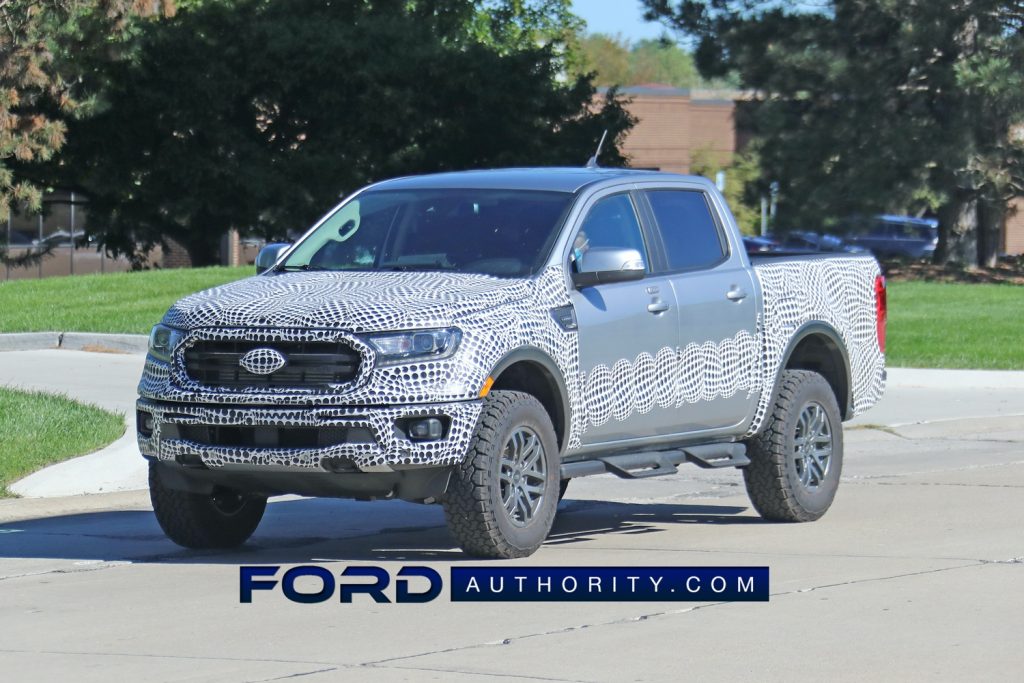 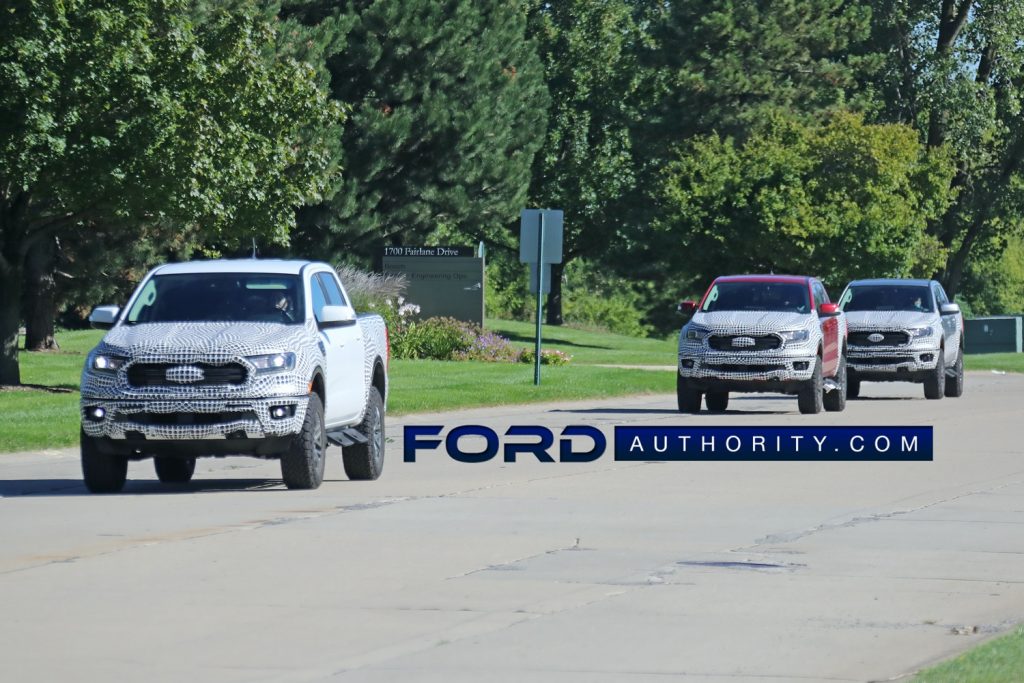 Like the Ranger XLT Tremor previously seen testing, this trio is also wearing some tight-fitting camo, though the styling of the trucks doesn’t appear to be any different. There are several notable details that separate these pickups from other Ranger variants, however. 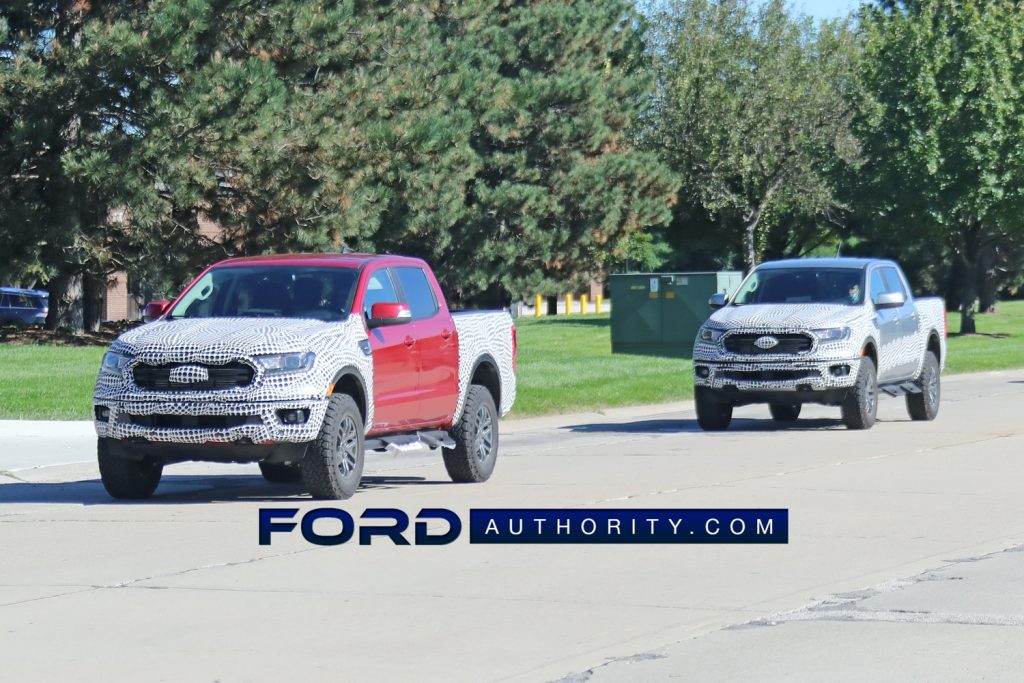 For starters, they’re all riding on the Ranger Raptor’s wheels, which are wrapped in large, aggressive off-road tires. There are also a set of unique high-clearance assist steps on the sides to aid ingress and egress from the cab. 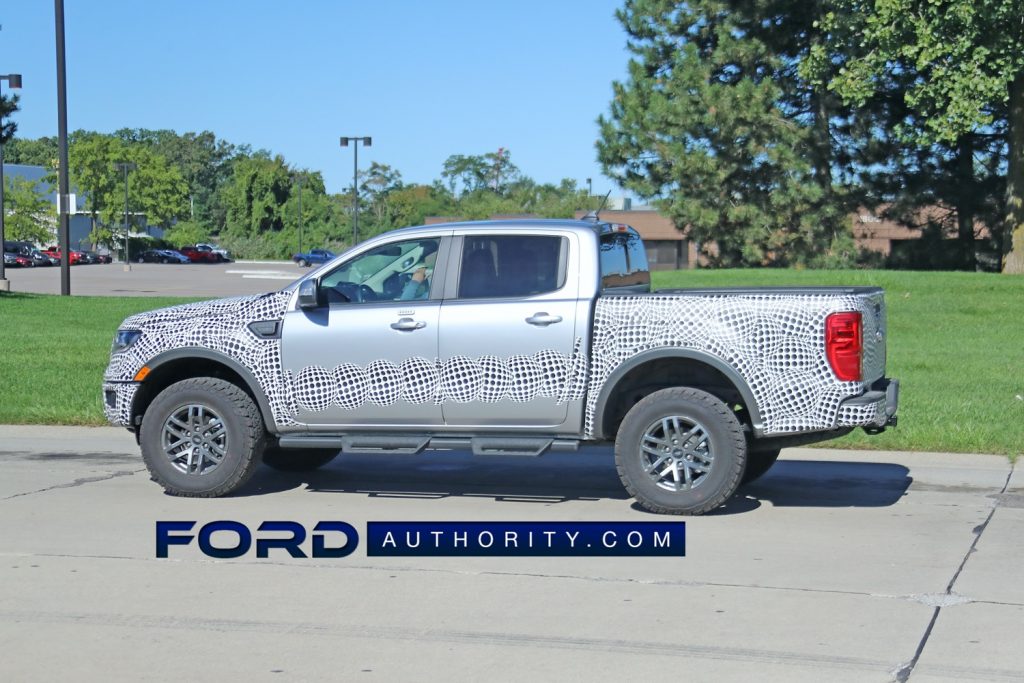 It’s currently unclear if the Tremor package will include a lift kit or unique suspension components or design, but the Ranger Tremor Lariat prototypes, as well as the previously spotted XLT, don’t appear to sit any higher than the regular Ranger. 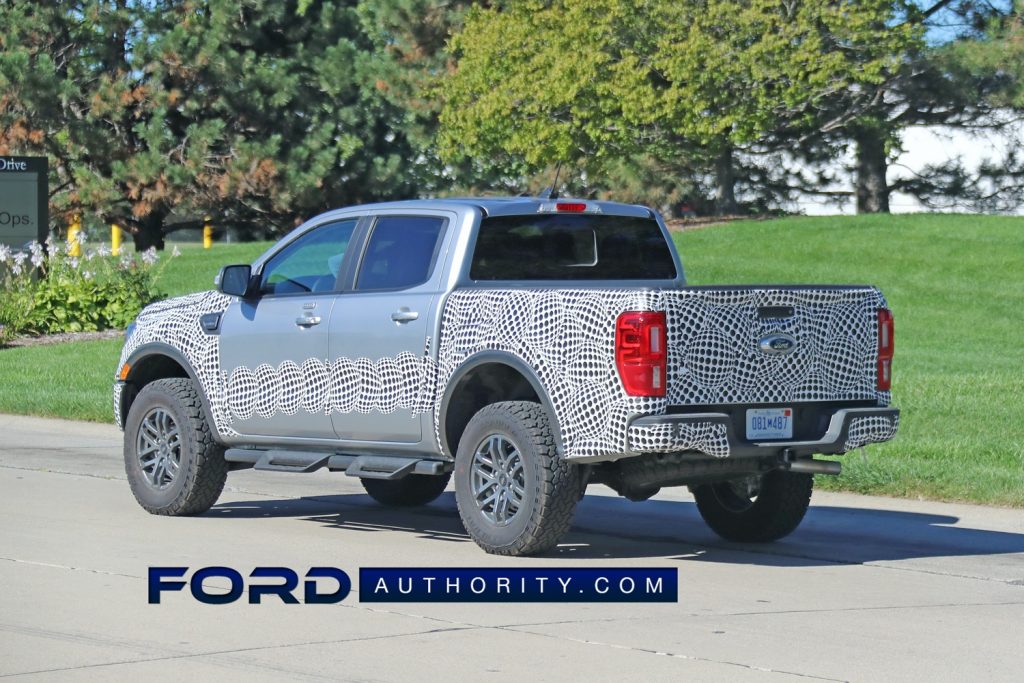 As we previously reported, the Ranger Tremor will utilize the same formula established by the F-Series Super Duty Tremor and apply it to the midsize pickup truck, allowing it to be more capable than the already available FX4 package. 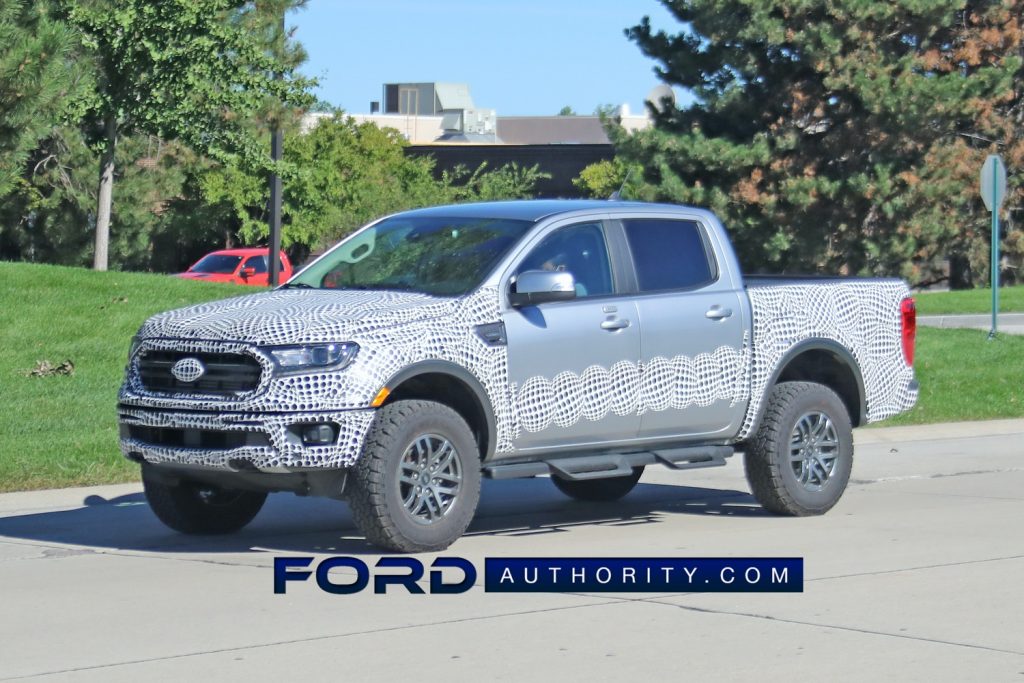 Tremor will be offered as a package (not a trim level) on the Lariat and XLT trim levels, at the very least. Expected to be offered only in North America, the package will slot above the FX4 off-road package as a sort of “light” version of the Raptor not offered in the market. 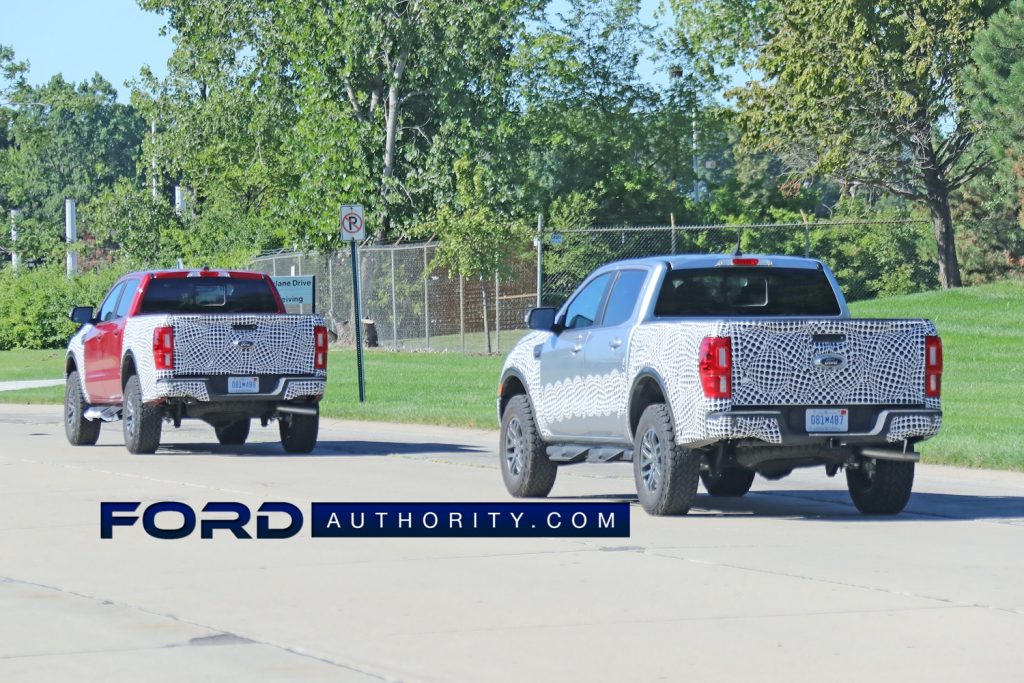 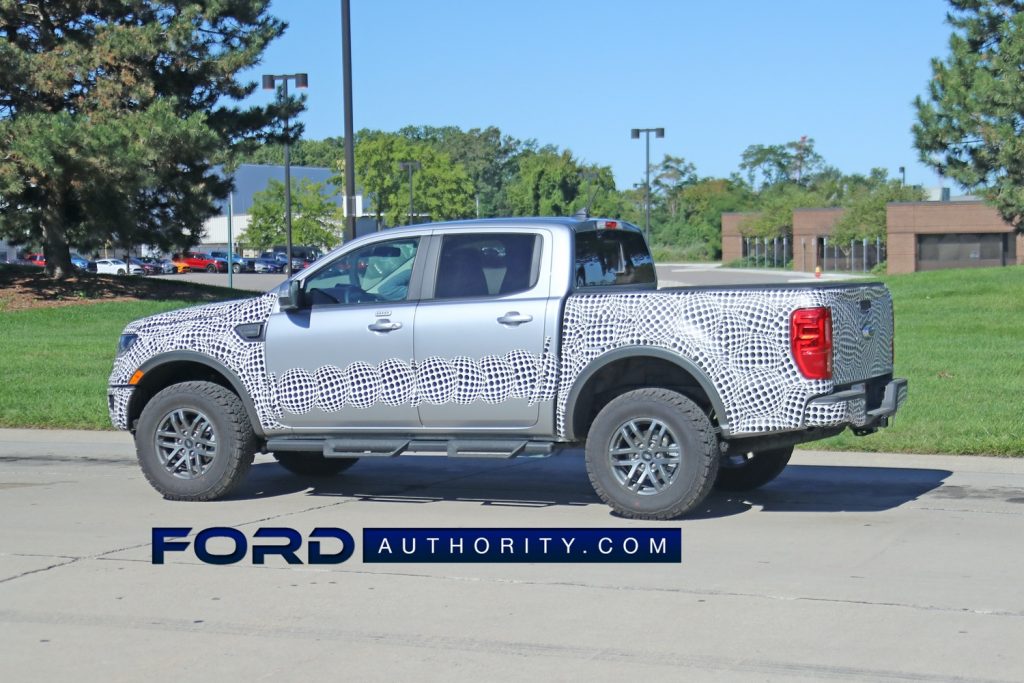 The Tremor package is expected to launch for the 2022 Ford Ranger, though it’s also possible that it could be added to the tail end of the 2021 model as well. 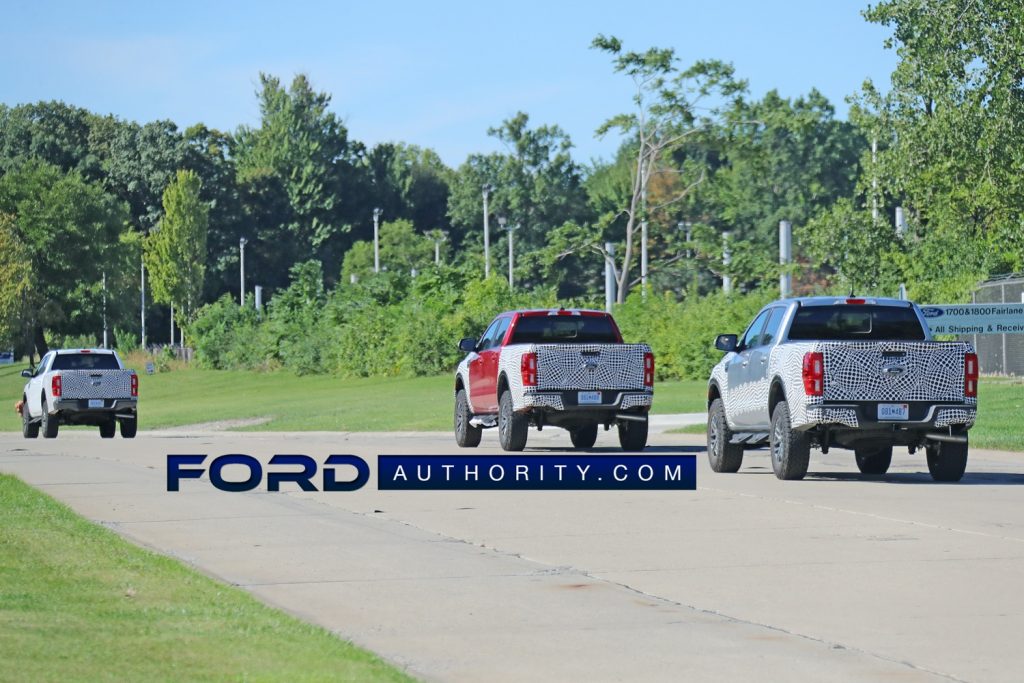 We’ll have more on the Ranger Tremor soon, so be sure to stay tuned and subscribe to Ford Authority for more Ford Ranger news and continuous Ford news coverage.