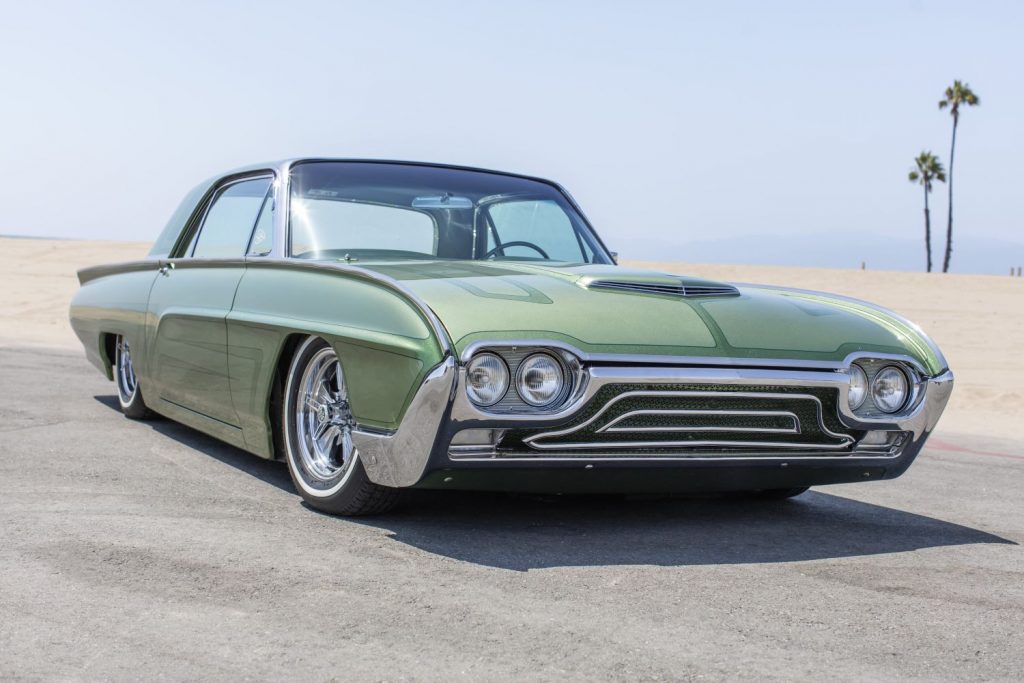 Southern California is often credited with birthing the hot rod movement, and car culture has long enjoyed a home on the Golden Coast. Many great car customizers hail from SoCal, and it was their creations that inspired this 1963 Ford Thunderbird that’s up for sale at Stratas Auction. 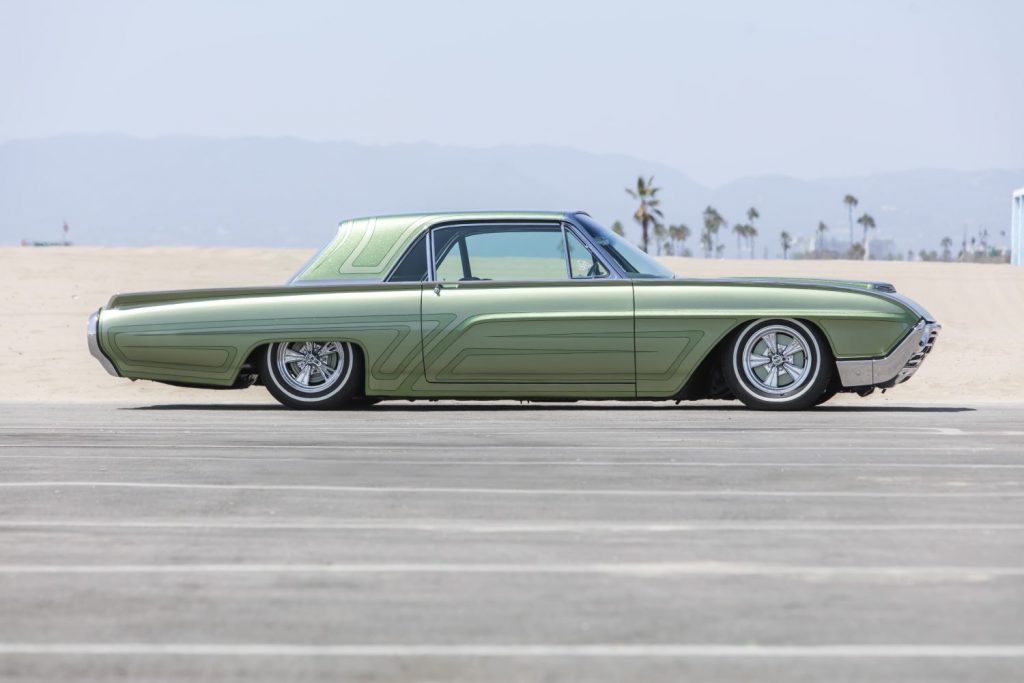 The seller purchased the car from the second owner in stock condition, then proceeded to turn it into an old school hot rod that would make the likes of Von Dutch and Ed “Big Daddy” Roth proud. The owner commissioned Starlite Rod and Kustom out of Harbor City, California to turn his vision into a reality. 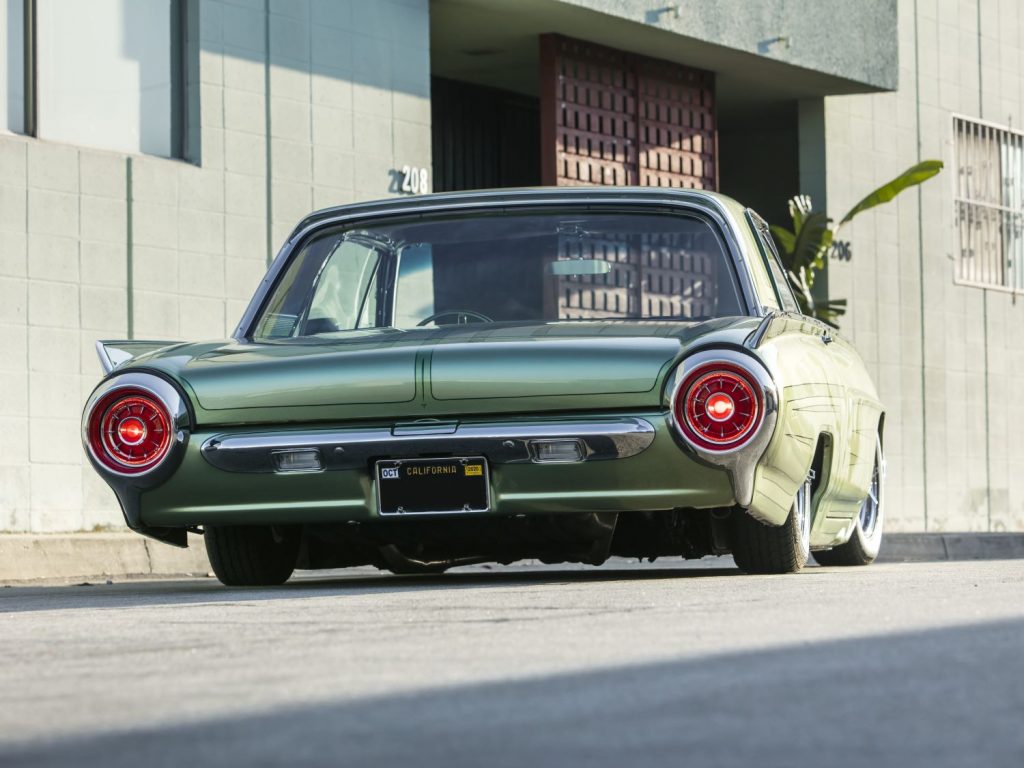 Four years later, that job was complete. The body was treated to a stellar Kiwi Green paint job with dark green Freeway Scallops and heavy metal flake, along with some custom pinstriping. Old school chrome five-spoke wheels and white wall tires fill the wheel wells thanks to an AccuAir air suspension, but much of the rest of the suspension remains stock. 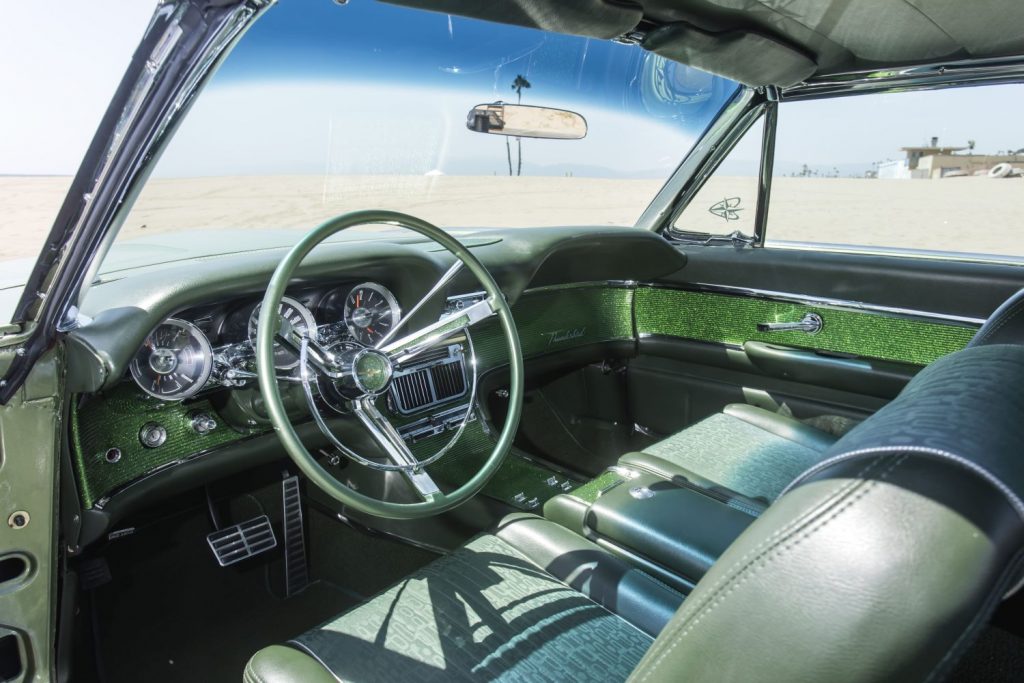 The interior of this 1963 Ford Thunderbird is most certainly not original, however. Chuy’s Auto Interior handled the threads, adding dark green seats and carpet, while Kiwi Green and metal flake accents help tie the inside and outside together. The trunk is also a custom-stitched work of art that hides all of the air suspension components beautifully. 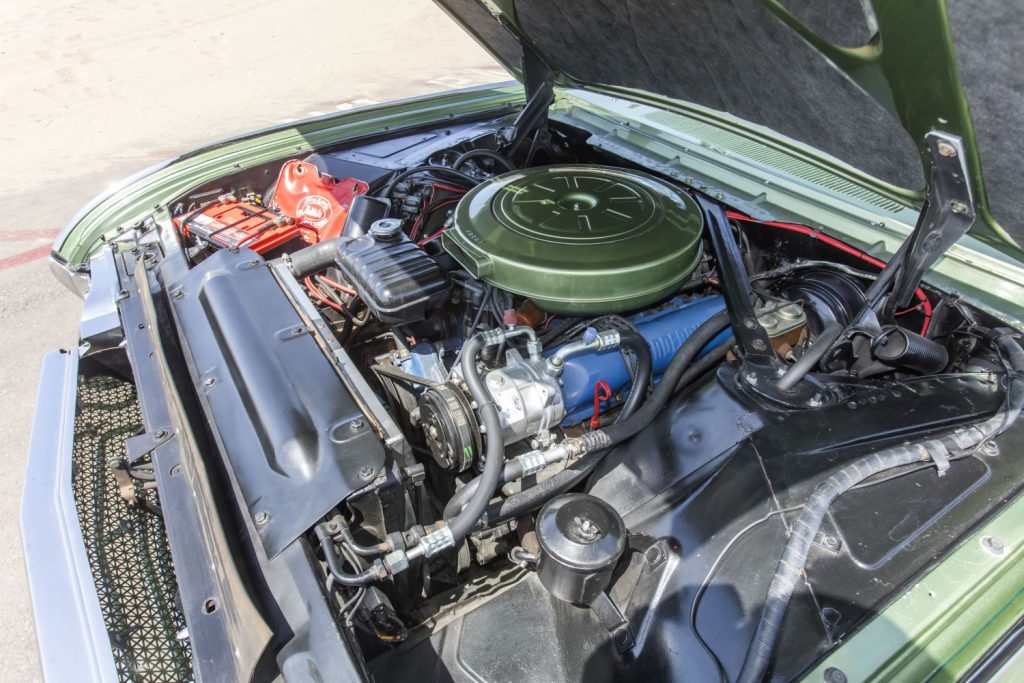 The stock 390 cubic-inch Ford V8 still rests under the hood of this T-Bird, mated to the car’s original three-speed automatic transmission. It reportedly runs and drives very well, and the seller has apparently driven the car quite a bit, despite its high-quality show finish. Aside from attending shows all over the U.S., it’s even made an appearance at the Mooneyes Hot Rod Custom show in Japan. 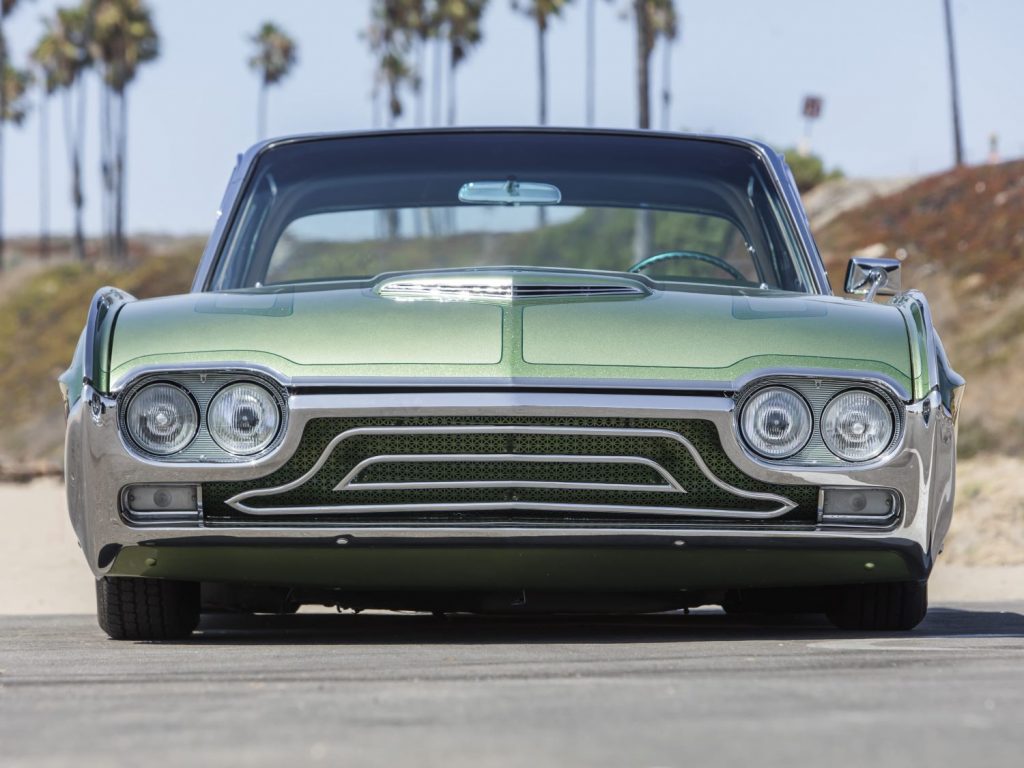 Now, this sweet Thunderbird is looking for a new home. And as cool as the old throwback custom looks, we doubt it’ll have a problem in that regard.

We’ll have more cool cars for sale to share soon, so be sure to subscribe to Ford Authority for more Ford Thunderbird news and continuous Ford news coverage.