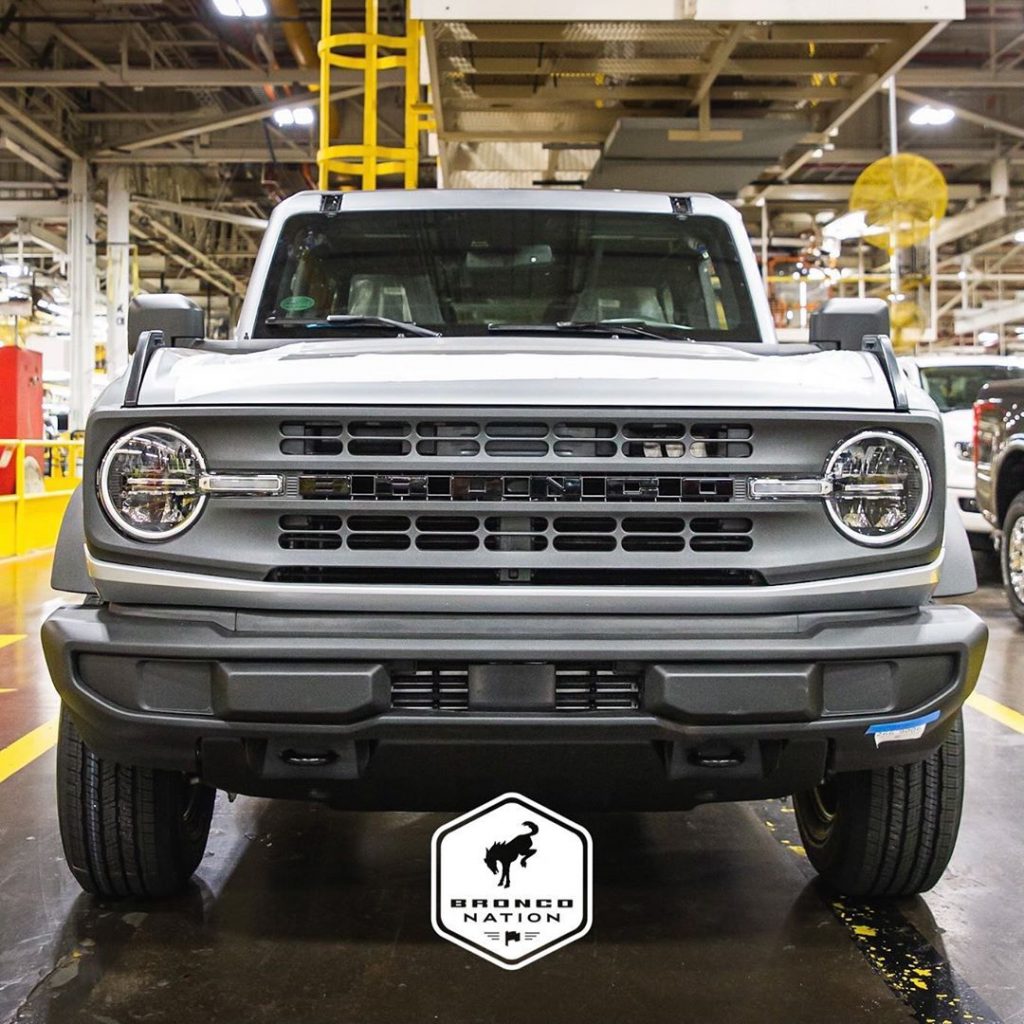 While plenty of people will pay the price to bring home a 2021 Ford Bronco in Badlands or Wildtrak trim, perhaps the most intriguing trim level is the inexpensive, uncomplicated Base Bronco. With a price tag of just under $30k with destination and delivery, the Base provides a nice blank canvas for folks that want to buy their own wheels and tires and add other modifications. 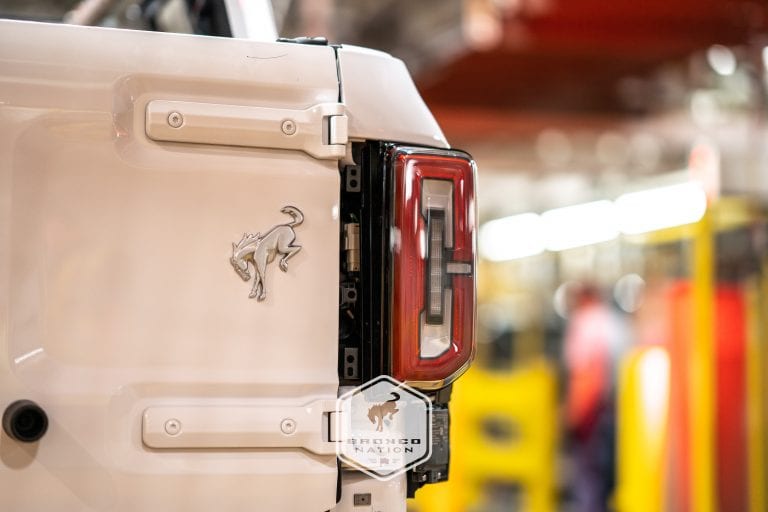 For those looking to go that route, it’s worth noting that the very first pre-production Base Bronco has just rolled off the line at the Ford Michigan Assembly Plant, and it looks great. As we reported last week, this two-door, Iconic Silver Base and its counterpart, an Oxford White four-door Badlands model, were built to test out tooling at the plant.

Bronco Nation was there to capture photos of the assembly process, and also provided these shots of the completed Base Bronco. Both the Base and the Badlands are equipped with Ford’s 2.3L EcoBoost I-4, which produces 270 horsepower and 310 pound-feet of torque. The Base features Ford’s new seven-speed manual transmission, while the Badlands is equipped with the 10 speed automatic. 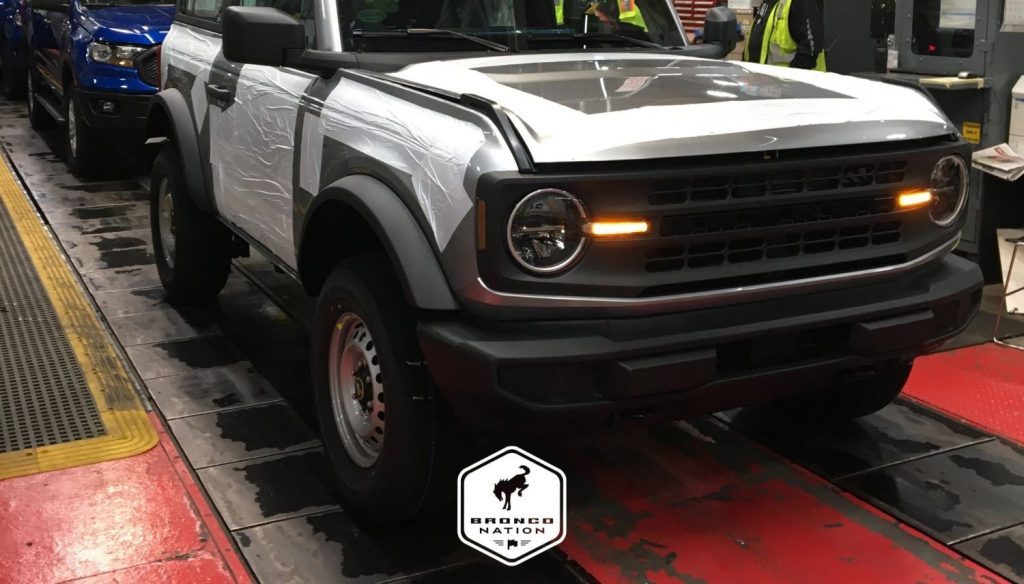 The two-door is clearly a very simple, bare-bones model, but is fitted with a black hard top. The wheels are Ford’s new 16 inch bright polished silver-painted steel units, which are the Base trim level’s standard wheels. For the most part, they’re likely just placeholders for people intent on purchasing a set of aftermarket wheels and big knobby off-road tires.

Alternatively, buyers can opt to add the Sasquatch Package to the Base and step up to 35 inch beadlock-capable wheels and tires. Later in 2021, that package will also be available with the manual transmission. 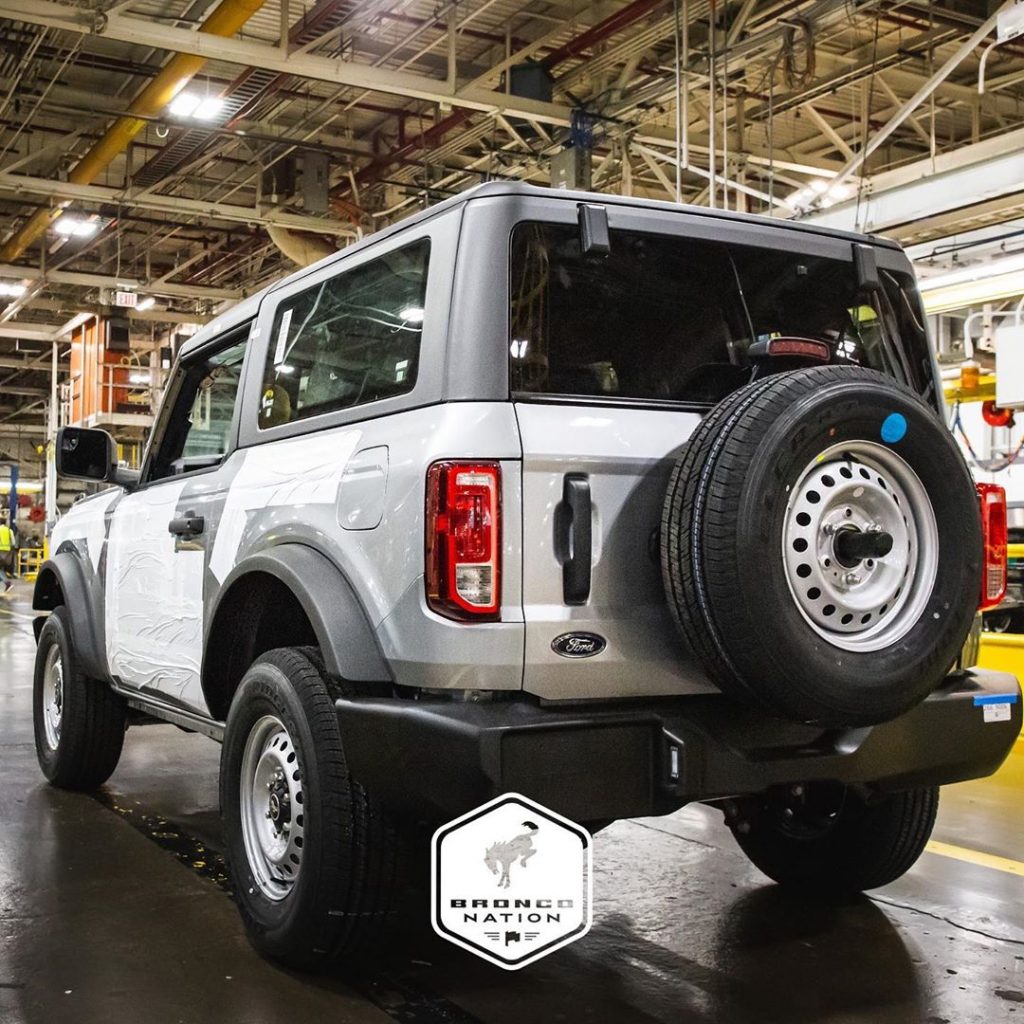 These Broncos are just pre-production models, and we’re still a ways off from seeing an actual production Ford Bronco emerge from the Michigan Assembly Plant, as deliveries aren’t scheduled to begin until June of 2021.