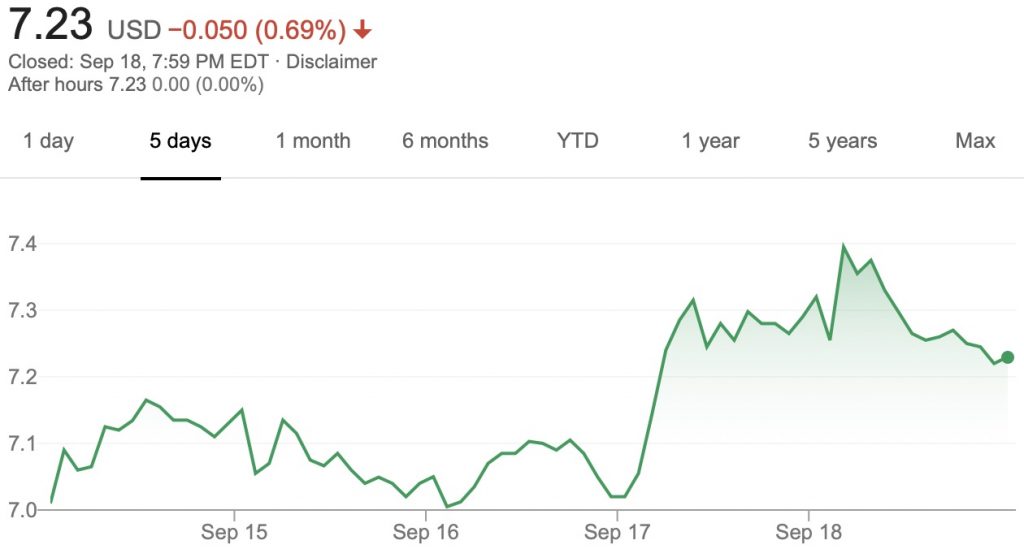 This week’s $0.23 increase in Ford share values marks the second consecutive week of growth for the Dearborn-based automaker.

Overall, Ford share values have experienced stable growth since the automaker released its second quarter 2020 earnings, during which Ford reported a $1.9 billion loss in the midst of the COVID-19 pandemic. The results are much better than the $5 billion Ford initially expected to lose when going into the quarter.

Besides the Bronco and Bronco Sport, Ford also recently unveiled the all-new 2021 F-150 – its most profitable and revenue-generating product. The all-new half-ton, full-size pickup features a significant amount of updates and new features, along with an all-new exterior and cabin. Production of the 2021 F-150 just started on September 17th, 2020 at the Ford Dearborn Truck plant within the Ford Rouge Center complex. The truck is expected to see a gradual rollout before hitting full stride in roughly two or three quarters following the start of production. Additionally, Ford just announced a new plant within the Rouge Center to build the upcoming electric F-150, which will launch in 2022.

Ford stock has seen historically-low values during the COVID-19 pandemic, with some being the lowest recorded in over a decade. This week’s $7.23 per share price places the value $2.19 below the $9.42 per share mark at which Ford stock opened the 2020 calendar year.

In May, then-Ford COO Jim Farley, who has since been appointed CEO, bought $1 million in Ford stock, making it the largest open-market share purchase by a Ford executive in a decade. Then, in early August, Ford CEO, Jim Hackett, announced an early retirement. He will be succeeded by Jim Farley, who has served as COO.