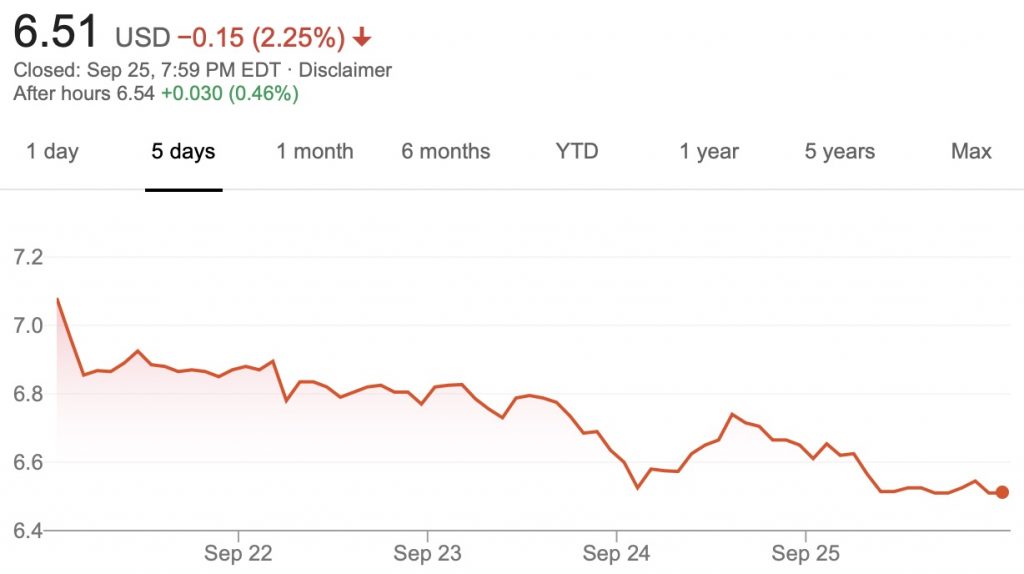 According to Bank of America, U.S. stocks had suffered their third-largest outflow of funds this past week as investors pulled $25.8 billion out of equities. Meanwhile, COVID-19 restrictions in many U.S. areas are being lifted despite a surge in multiple states, including Idaho and Utah.

This week’s $0.72 decrease in Ford share values marks the first decline after two consecutive weeks of growth for the Dearborn-based automaker.

Overall, Ford share values have experienced steady growth since the automaker released its second quarter 2020 earnings, where FoMoCo lost $1.9 billion in the midst of the COVID-19 pandemic. The results are much better than the $5 billion Ford initially expected to lose when going into the quarter.

Besides the Bronco and Bronco Sport, Ford also recently unveiled the all-new 2021 F-150 – its most profitable and revenue-generating product. The all-new half-ton, full-size pickup features a significant amount of updates and new features, along with an all-new exterior and cabin. Production of the 2021 F-150 just started on September 17th, 2020 at the Ford Dearborn Truck plant within the Ford Rouge Center complex. The truck will see a gradual rollout before hitting full stride in roughly two or three quarters following the start of production. Additionally, Ford just announced a new plant within the Rouge Center. Termed the Ford electric vehicle center, the new facility will build the upcoming electric F-150, which is slated for launch in 2022.

Ford stock has seen historically-low values during the COVID-19 pandemic, with some being the lowest recorded in over a decade. This week’s $6.51 per share price places the value $2.91 below the $9.42 per share mark at which Ford stock opened the 2020 calendar year.

In May, then-Ford COO Jim Farley, who has since been appointed CEO, bought $1 million in Ford stock, making it the largest open-market share purchase by a Ford executive in a decade. Then, in early August, Ford CEO, Jim Hackett, announced an early retirement. He will be succeeded by Farley.

Coronavirus-related items aside, we remain interested in seeing how Ford stock will perform throughout the rest of 2020, especially in light of various actions taken by the Dearborn-based automaker throughout 2019 and into 2020 to improve the fitness of its business. These actions include discontinuing all sedans to focus on more profitable crossovers, SUVs, and pickups in North America, while at the same time investing in resource-intensive autonomous vehicle technologies like its Argo AI autonomous service as well as electric vehicles. Both initiatives have yet to result in a positive ROI for any automaker.