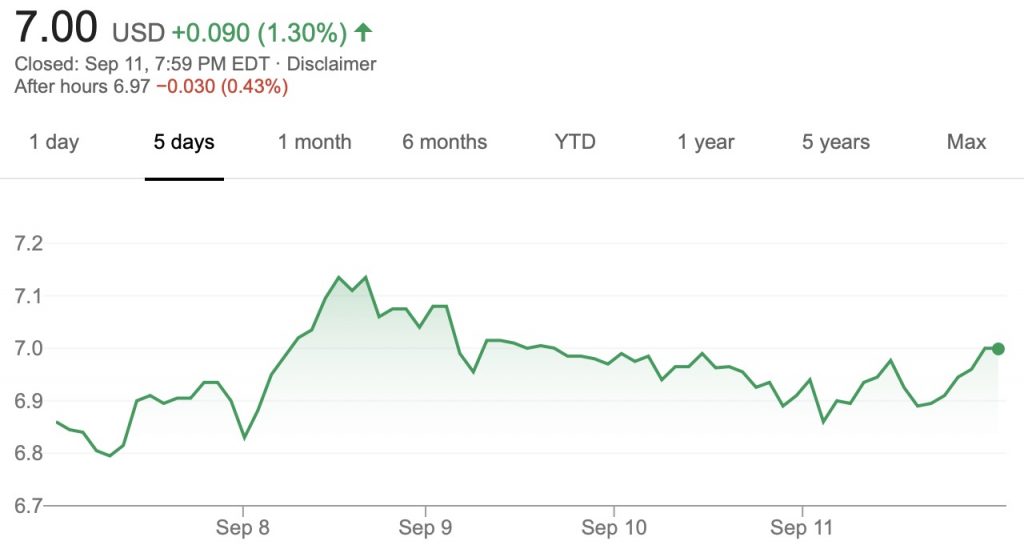 For the sake of comparison, shares of Ford’s cross-town rival – General Motors Company – increased $0.46 per share, or 2 percent – during the September 7th, 2020 – September 11th, 2020 timeframe. It’s worth noting that the market was closed on Monday, September 7th in recognition of the Labor Day holiday.

Ford stock has seen historically-low values during the COVID-19 pandemic, with some being the lowest recorded in over a decade. This week’s $7.00 per share price places the value $2.42 below the $9.42 per share mark at which Ford stock opened the 2020 calendar year.

This week’s $0.10 increase in Ford share values makes up for the small drop experienced last week, which resulted in a $0.04 per share.

Overall, Ford share values have experienced stable growth since the automaker released its second quarter 2020 earnings report. For the second quarter, Ford reported a $1.9 billion loss in the midst of the COVID-19 pandemic, which is much better than the $5 billion Ford expected to lose initially going into the quarter. It’s also worth noting that in early August, Ford CEO, Jim Hackett, announced an early retirement. He will be succeeded by Jim Farley, who has served as COO.