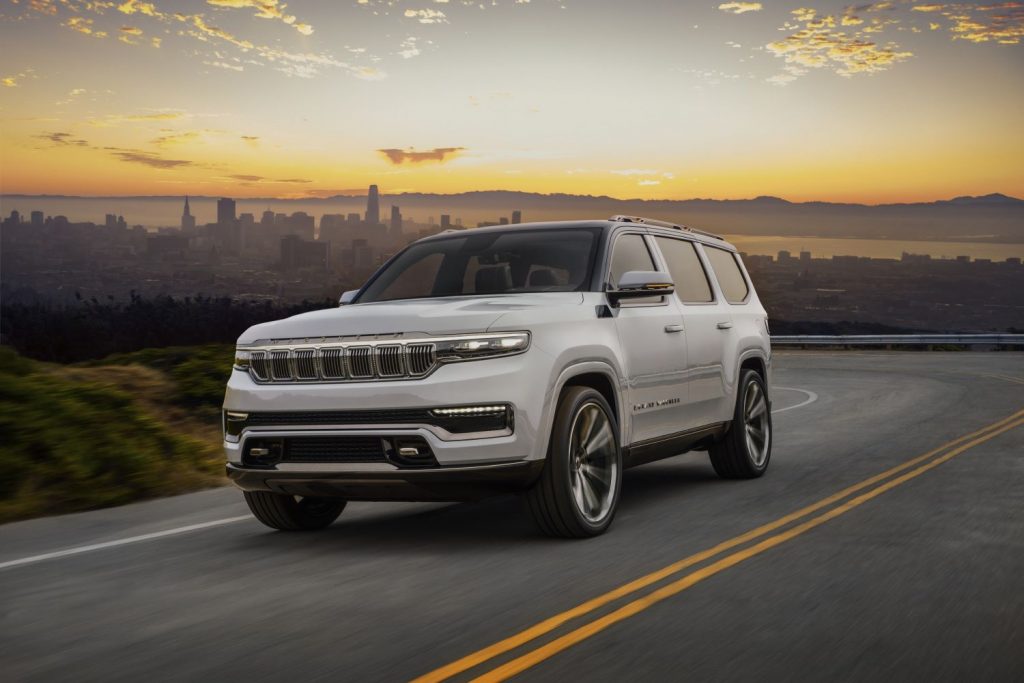 After weeks of subjecting us to teasers and hints, Fiat Chrysler has finally fully pulled the covers off its reborn Jeep Grand Wagoneer. The Wagoneer name has deep roots in Jeep history, but in its latest iteration, this is, as Jeep calls it, “a premium extension” of the brand. It’s also the first three-row vehicle from Jeep since the Commander, the brand’s only full-size SUV, and a direct competitor to the Ford Expedition. 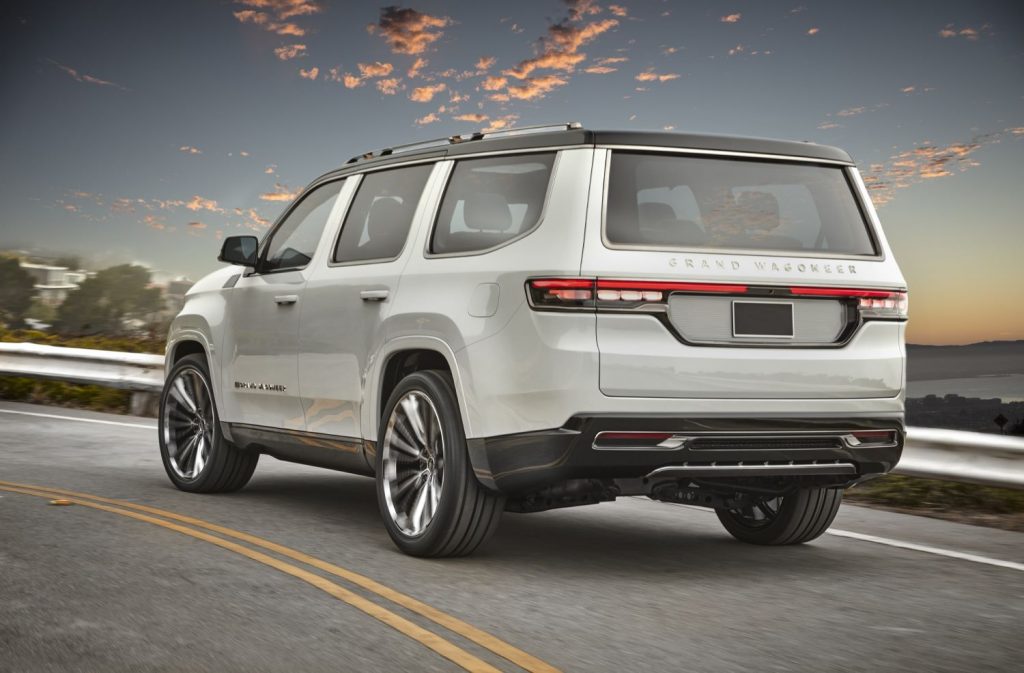 The Jeep Grand Wagoneer revealed today is actually dubbed a concept, but it’s a thinly veiled version of the version that will enter production next summer at FCA’s Warren Assembly Plant in Michigan. The automaker is keeping most of the Grand Wagoneer’s powertrain specs and mechanical details secret for now, but much of the styling and interior design figures to be foreshadowed here. 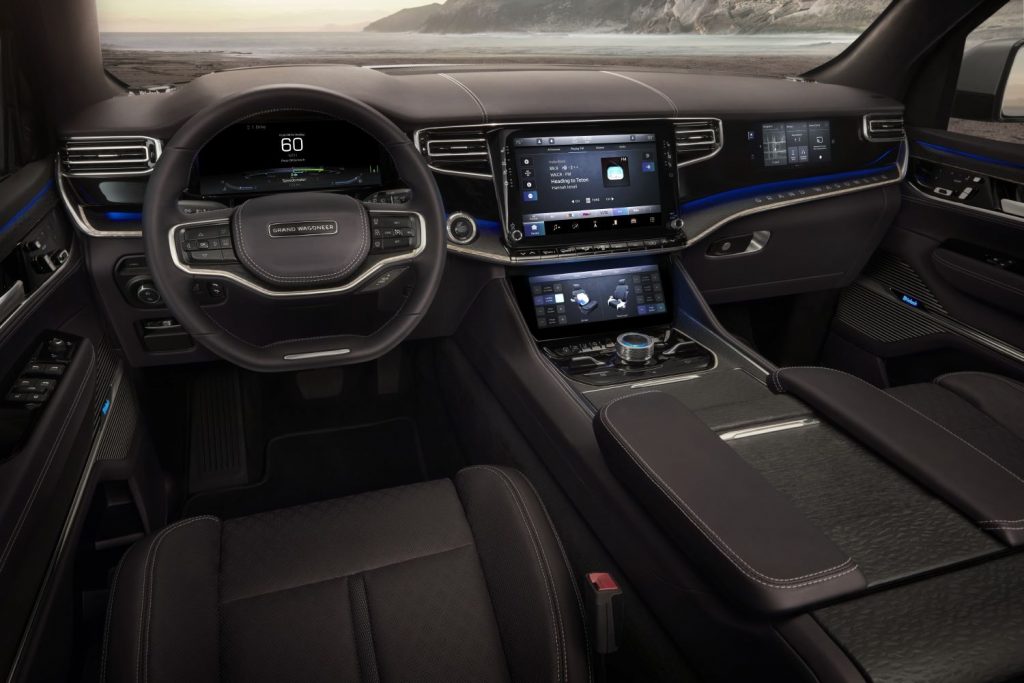 The Grand Wagoneer is built on the Ram 1500 chassis, much the same way the Expedition and Lincoln Navigator utilize Ford F-150 underpinnings. Also like that Blue Oval pair, the Jeep has an independent rear suspension. Jeep will be offering two distinct versions of the Wagoneer – a standard, mainstream model with a base price of around $60,000, and the upscale Grand Wagoneer, aimed at competing with the Navigator and other premium offerings with a $100,000 price tag. 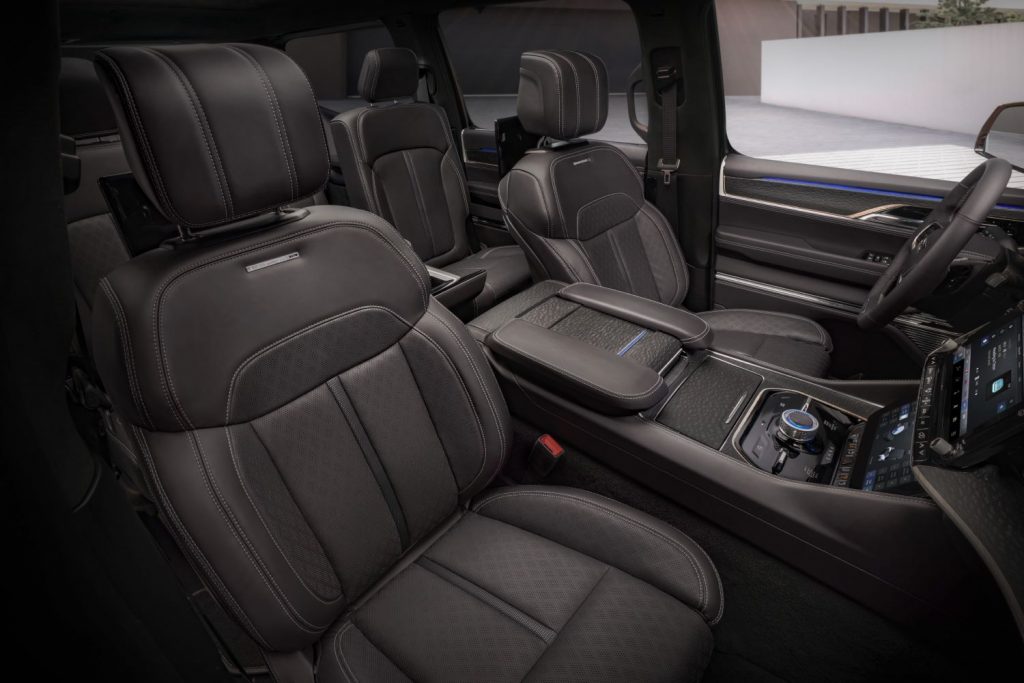 That much is clear from the Jeep Grand Wagoneer concept, which wears some intricately detailed exterior features coupled with a rich, modern, and elegant looking cabin. Interestingly, there are more screens than we can shake a stick at, too – seven that we can count in total. 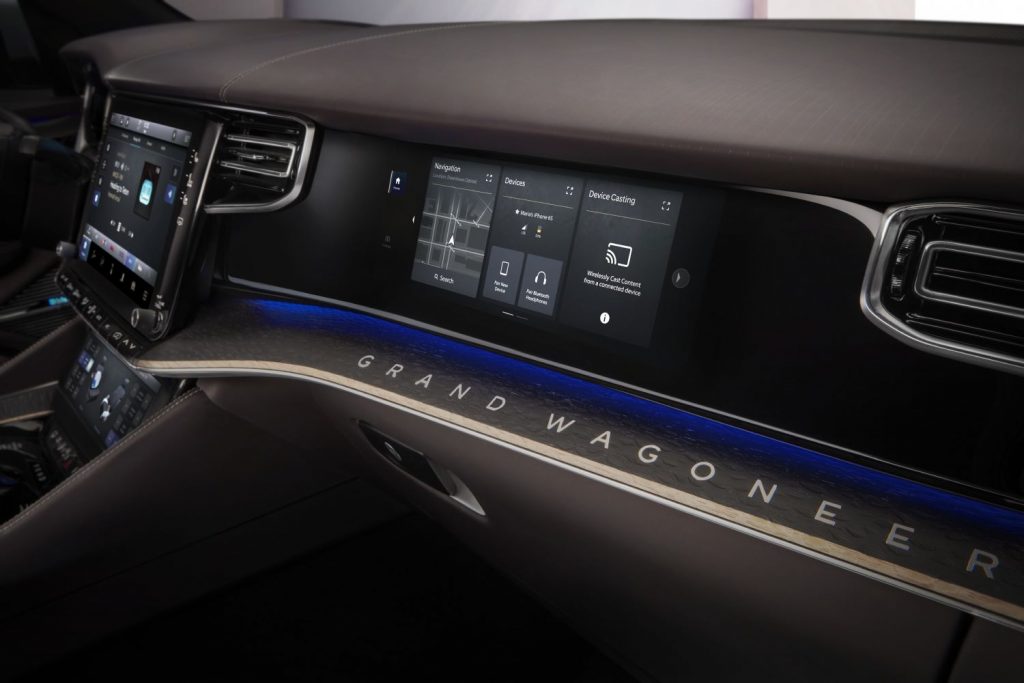 As far as drivetrains go, all Jeep will say at this time is that the Grand Wagoneer concept is powered by a plug-in hybrid setup. Otherwise, production Wagoneer models figure to share powertrains with the Ram 1500, which include FCA’s hybrid-assisted 3.6-liter V6, 5.7-liter V8, and potentially its 3.0-liter V6 turbo-diesel. Jeep says it will offer three different four-wheel-drive systems, one of which will come standard, as well as an optional air suspension. 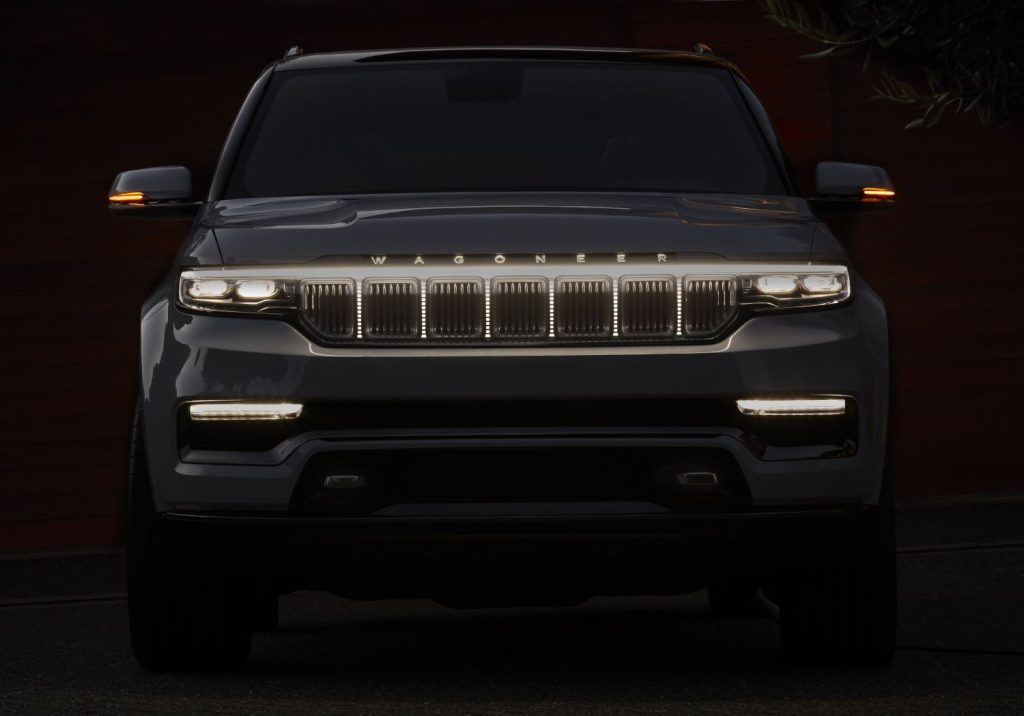 We’ll be keeping a close eye on this Expedition and Navigator rival and will report back when we learn more, so be sure to subscribe to Ford Authority for more Ford Expedition news, Lincoln news, Lincoln Navigator news, and around-the-clock Ford news coverage.