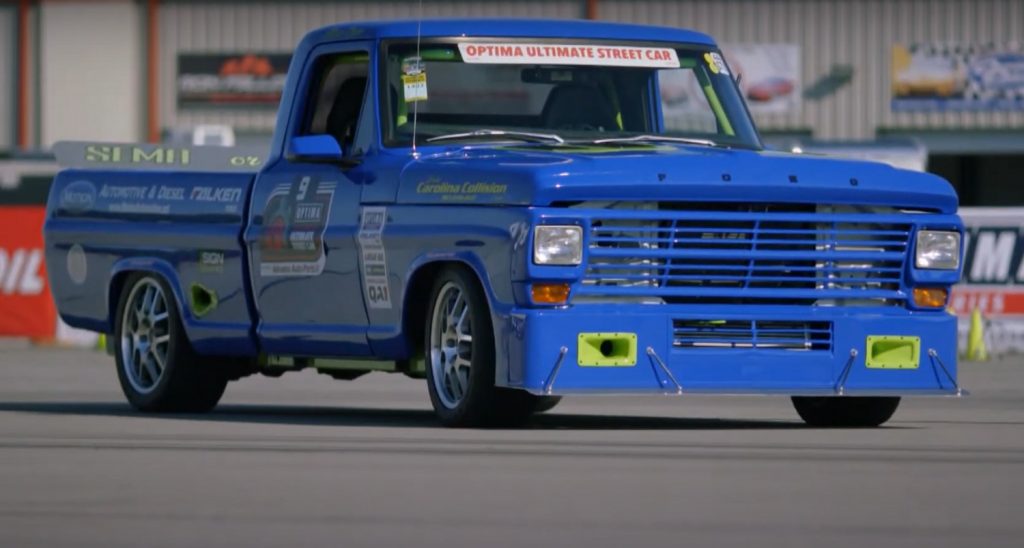 When most of us think of race cars, we think of the massive amounts of money required to build and maintain them. And though there are some budget racers out there in the world, they certainly don’t look as nice as this 1968 Ford F-100. The clean old pickup, owned and raced in Optima’s Ultimate Street Car series by Henry Crawn, is packed with all sorts of cool features, yet was built on a serious budget. 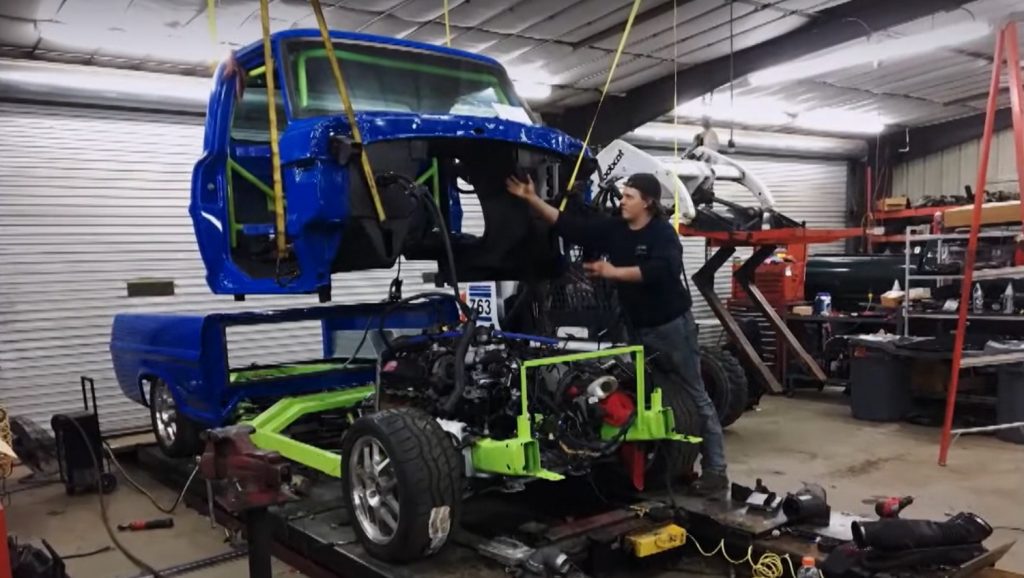 The vintage 1968 Ford F-100 rolls on a 2005 Ford Crown Victoria chassis, which is a popular swap for Ford pickups of the Bumpside vintage. Meanwhile, the independent rear suspension is from a 2015 Ford Mustang. Keeping this Frankenstein pickup all-Blue Oval is a 6.0L Ford Power Stroke diesel, which is backed up by a 5R110 transmission. The powertrain’s donor truck, a Ford F-250, also supplied all the necessary wiring. 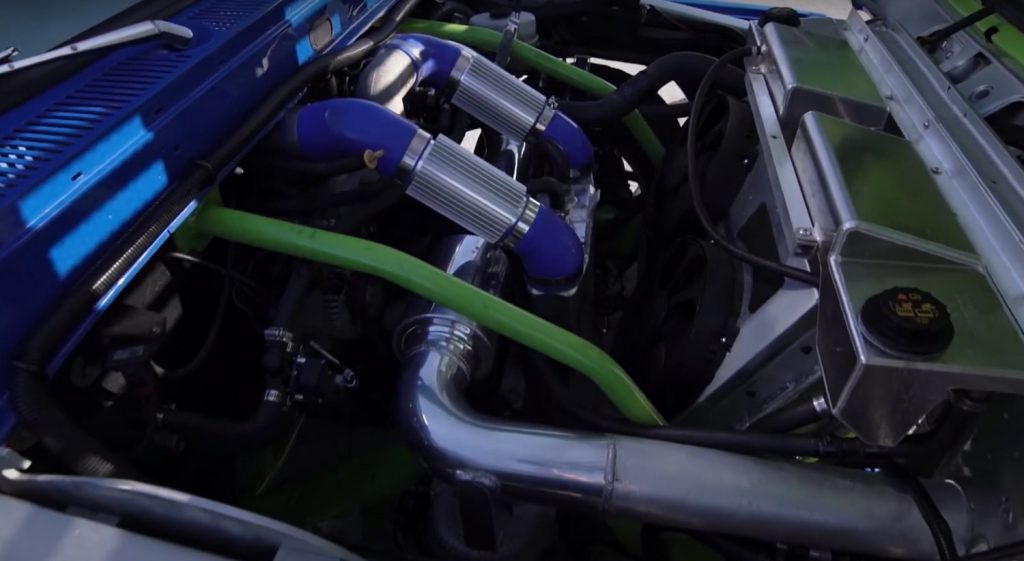 The swap required some ingenuity and lots of fabrication, including moving the engine back a full 29 inches to improve the truck’s center of gravity. That required a new firewall, of course, but also the use of an Econoline doghouse tunnel. The result is a vintage pickup that offers a near-perfect 51 to 49 percent front-to-rear weight ratio, but the F-100 still tips the scales at a hefty 4,700 pounds. 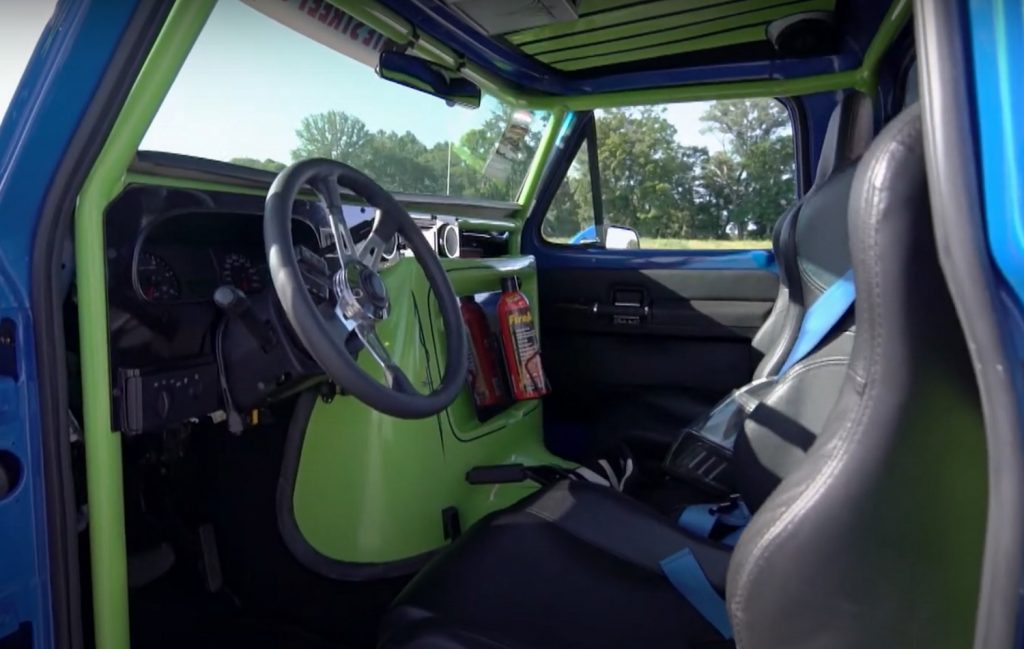 While the average person might look at this truck and think that its owner threw a fortune at it, that isn’t the case at all. In fact, Crawn says that he only has $12,000 in the entire build. That’s an astoundingly low figure, but quite feasible given the fact that everything used here likely came from the junkyard. 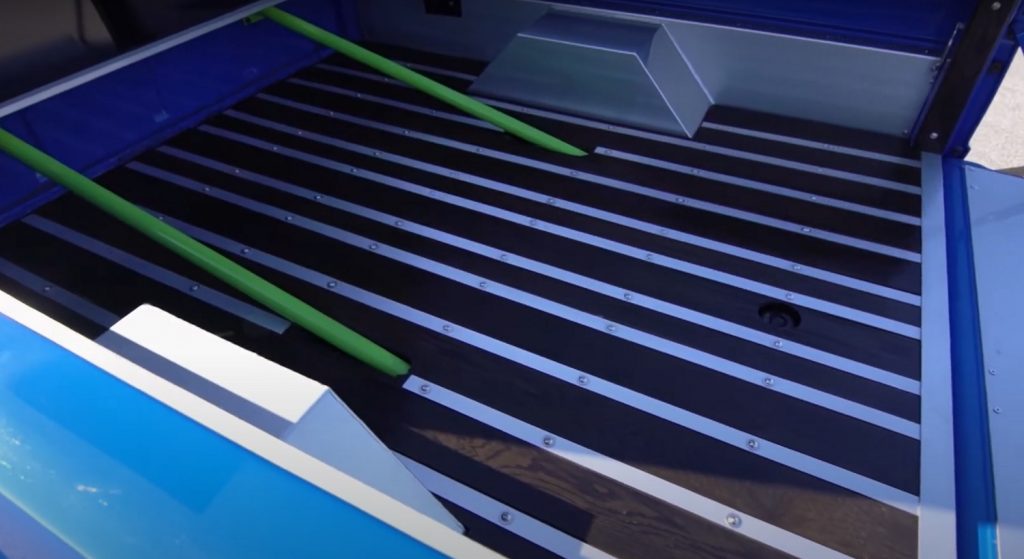 Even better, the 1968 Ford F-100 also serves as Crawn’s daily driver when it’s not competing for titles on the track. And if that isn’t proof that we can build a seriously fast, reliable, and great-looking vehicle for pennies on the dollar, then we don’t know what is.

We’ll have more cool classics like this to share soon, so be sure and subscribe to Ford Authority for the latest Ford F-Series news, Ford F-100 news, and non-stop Ford news coverage.