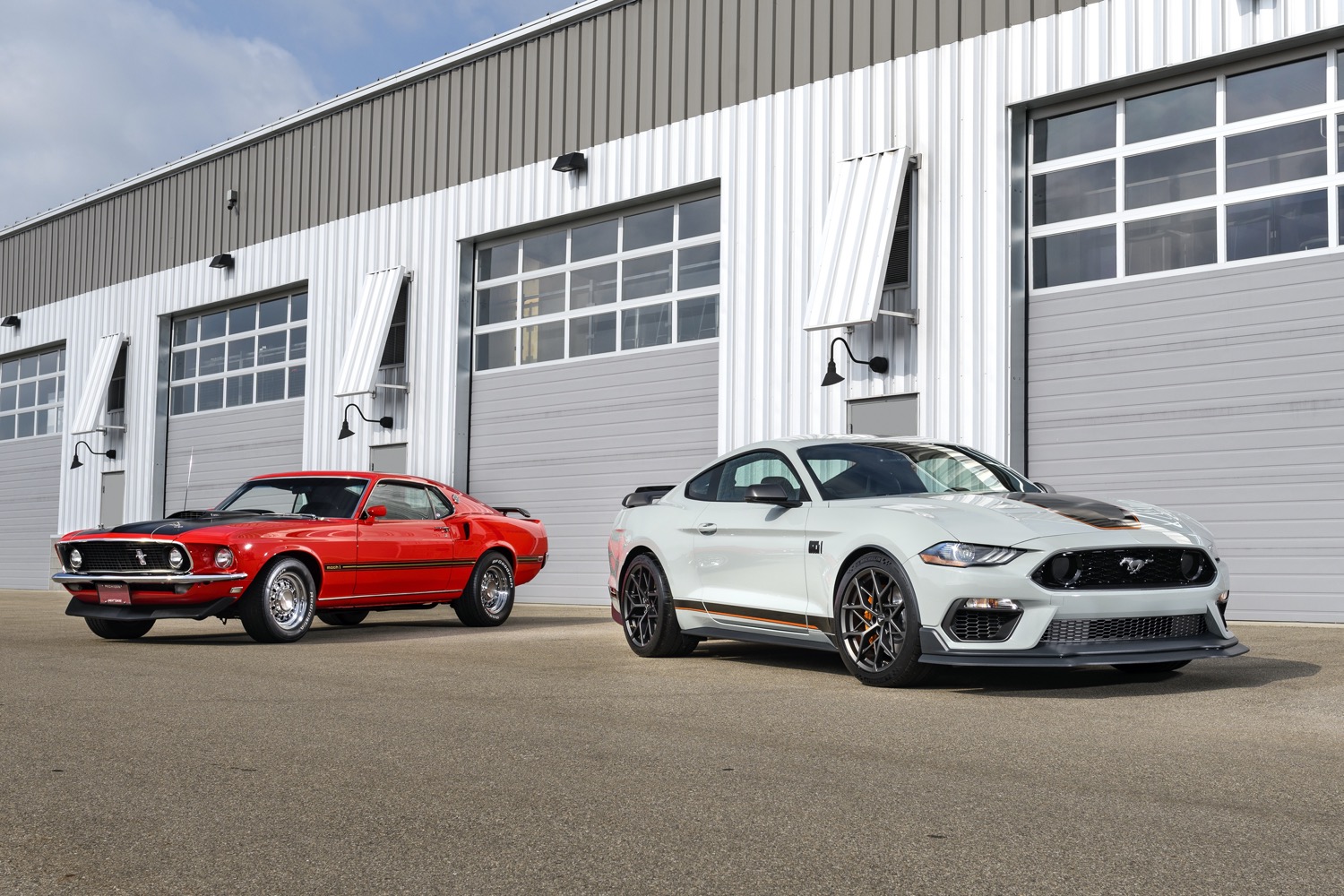 Those seeking the ultimate naturally-aspirated track-focused Ford Mustang need look no further than the 2021 Mach 1. Borrowing a ton of bits from the Shelby GT350 and GT500 parts bin, the 2021 Mustang Mach 1 aims to resurrect a legendary nameplate with a bang. And now, we know exactly what those on-track thrills will cost, as Ford has released the Mach 1’s base price. 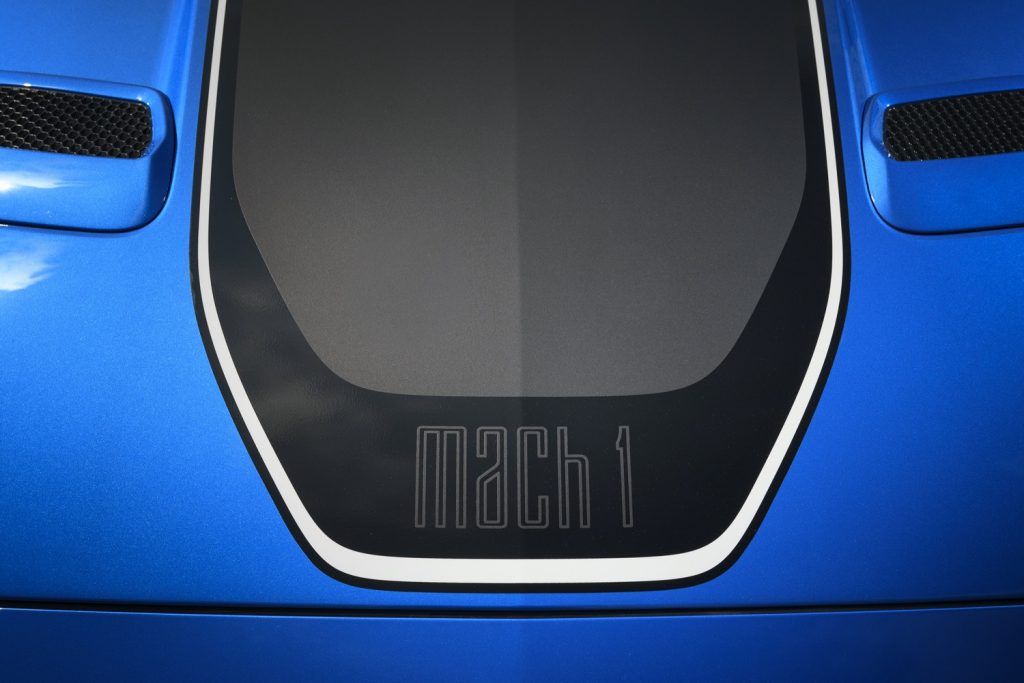 The 2021 Mustang Mach 1 will start out at $52,915, including destination and delivery. Deliveries are scheduled to begin in the spring of 2021, and order banks are now open. Ford has not yet revealed how many Mach 1s it will build, however.

The new Mach 1 effectively takes the place of two existing Mustangs – the Shelby GT350 and the Bullitt. The Mach 1 is also priced somewhat in the middle of those two models – around $4,000 more than the Bullitt, but roughly $9,000 less than the GT350.

That money buys quite a bit of added equipment, as the 2021 Mach 1 features an upgraded 5.0L Coyote V8 that produces 480 horsepower and 420 pound-feet of torque, the same output as the outgoing Bullitt. But it’s also backed up by the GT350’s excellent Tremec 3160 6-speed manual transmission, which features rev matching for the first time, as well as the GT350’s oil cooler system and Mustang GT’s twin-disc clutch and short-throw shifter. 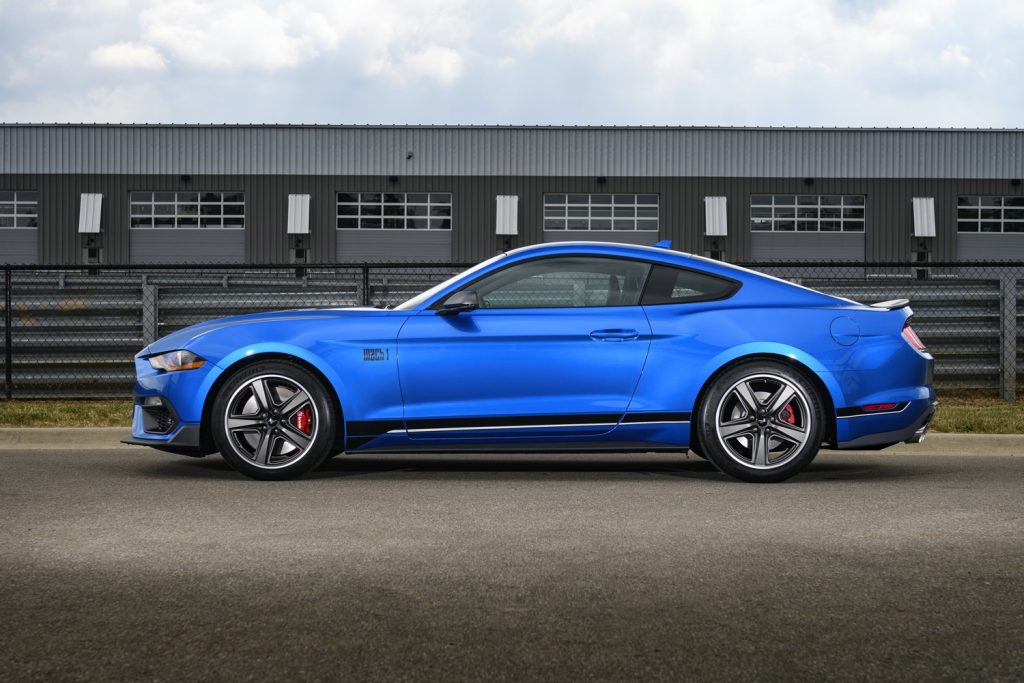 Underneath, the new Mach 1 features a special MagneRide calibration, a stiffer steering I-shaft, new EPAS calibration, stiffer sway bars and front springs, a brake booster from the Mustang GT Performance Pack 2, a rear subframe with stiffer bushings, and a rear toe-link from the Shelby GT500.

Two wheel options are available, as is an optional Handling Package that includes a host of additional upgrades. Ford has not yet released pricing for that package or any other Mach 1 options, however.

We’ll have more on the Mach 1 as soon as it’s available, so be sure to subscribe to Ford Authority for more Ford Mustang news and continuous Ford news coverage.