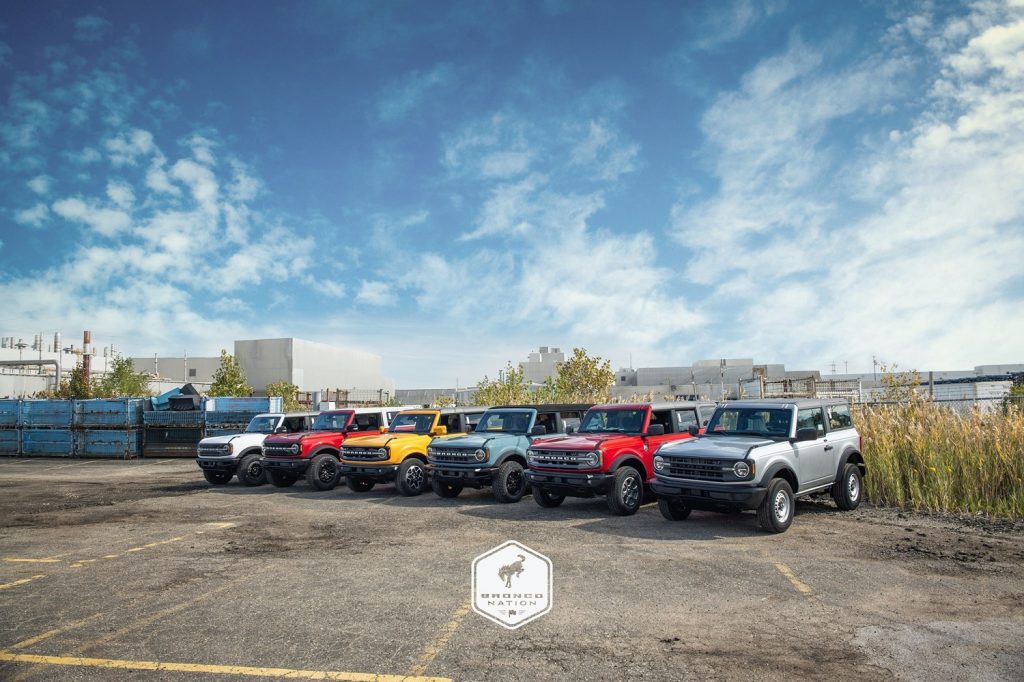 Ford has been hard at work putting together pre-production Ford Bronco examples at the Ford Michigan Assembly Plant as it tests its tooling before real production begins. We’ve already seen Base and Badlands Bronco trim levels emerge from the assembly line, but now, Bronco Nation has caught all six Bronco trim levels lined up next to each other for the very first time. 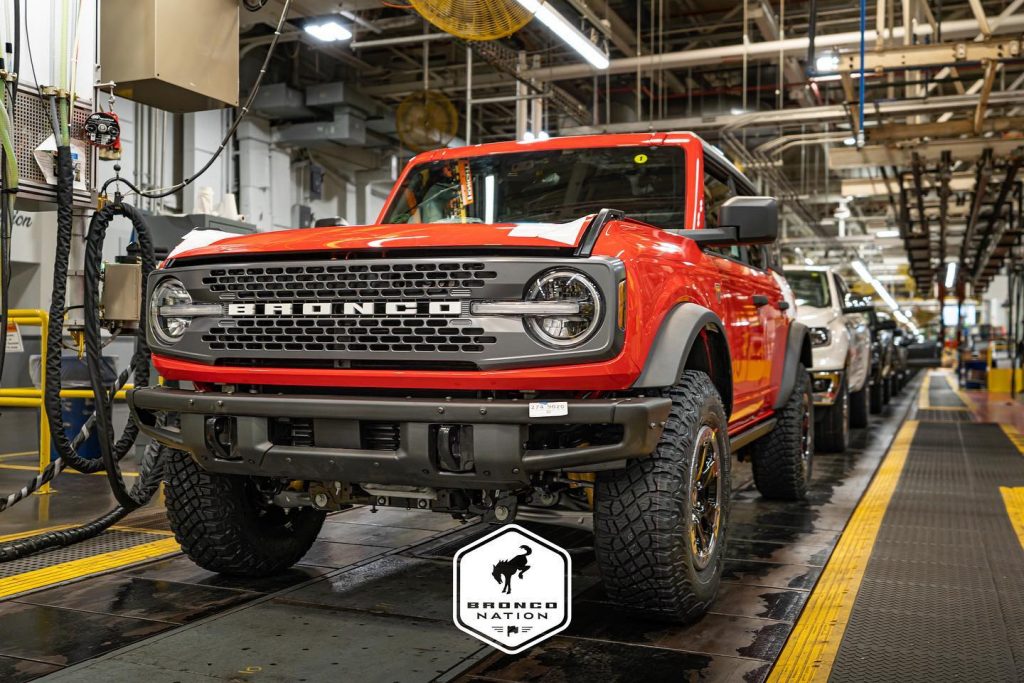 From left to right, the Broncos seen here are Badlands, Wildtrak, Outer Banks, Black Diamond, Big Bend, and Base trims. It’s a great first look at the full lineup of (almost) real pre-production models and how they’ll stack up, and Bronco Nation also shared a few pictures of these various examples and their distinct paint colors as they were going through the production process, too. 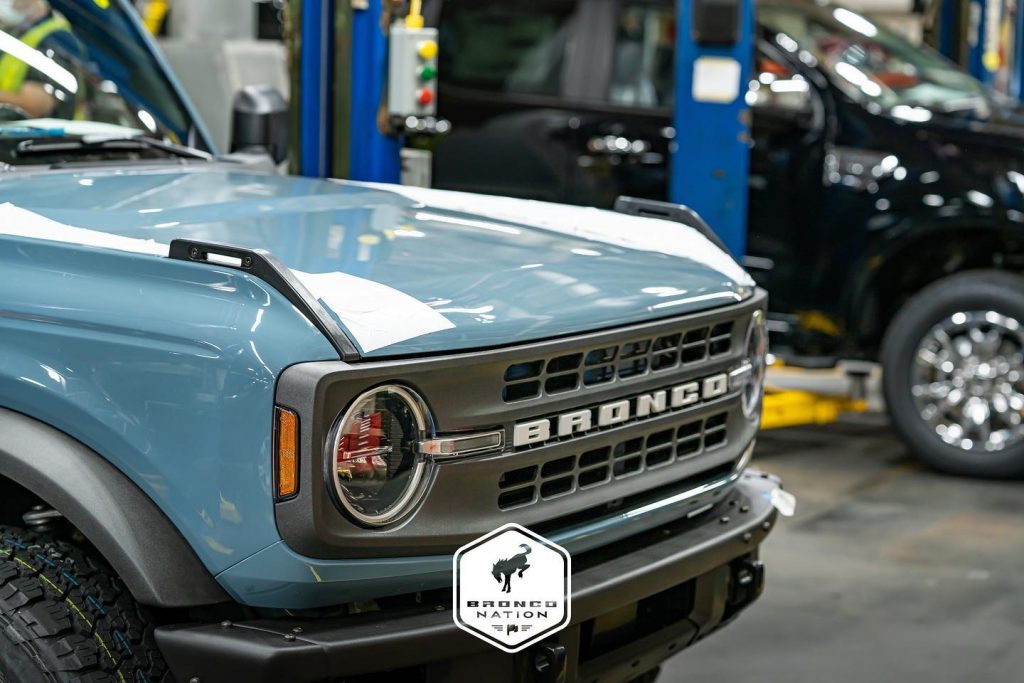 Seeing each of the six Bronco trim levels in near-production form should be helpful for the 165,000 plus reservation holders currently awaiting the launch of the Bronco configurator, which is scheduled to happen in the next week or so. We also recently learned details surrounding the Bronco dealer allocation process, as well as a timeline for converting reservations to actual orders. 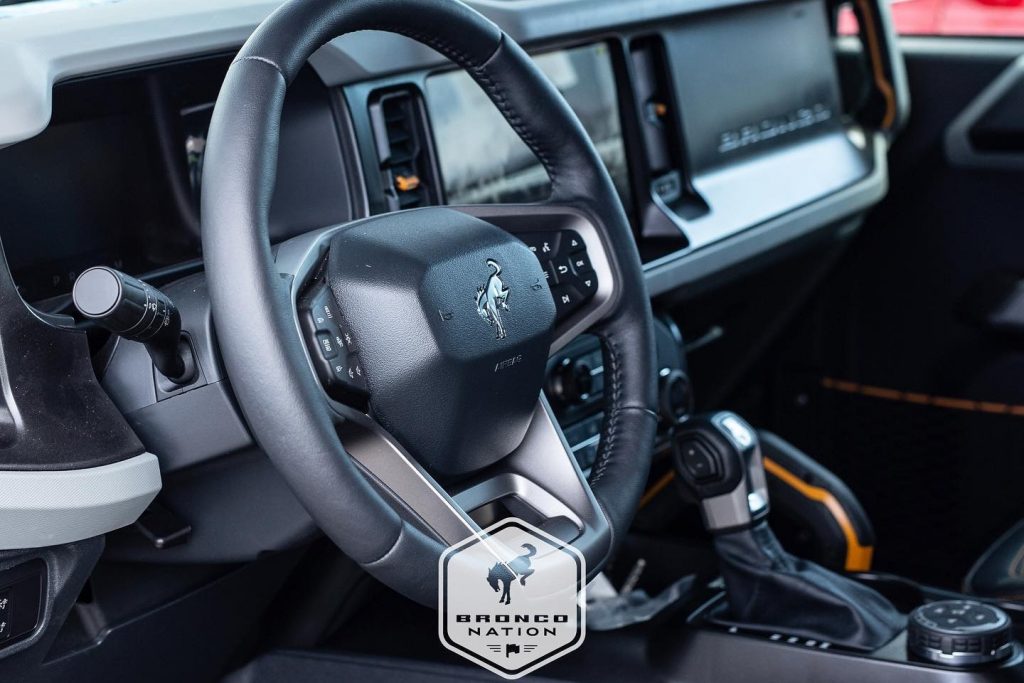 Ford expects to sell around 200,000 Bronco and Bronco Sport models combined in 2021, though that won’t include all reservations. In fact, the automaker has already stated that some of those reservations wouldn’t be filled until 2022, though deliveries will begin this coming spring. 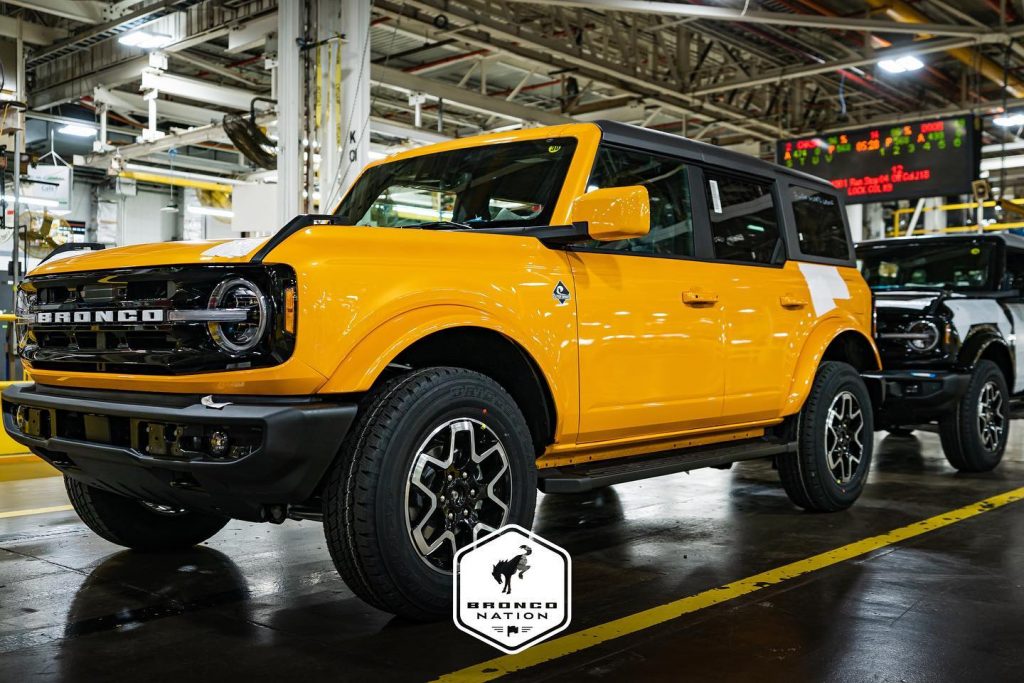 Those that opt to add any of the 200 or so official Ford accessories to their Broncos during the build and price phase will be able to do so with labor included at the dealership, as we recently learned, as well as roll the cost of those parts into the financing or lease price of the vehicle. 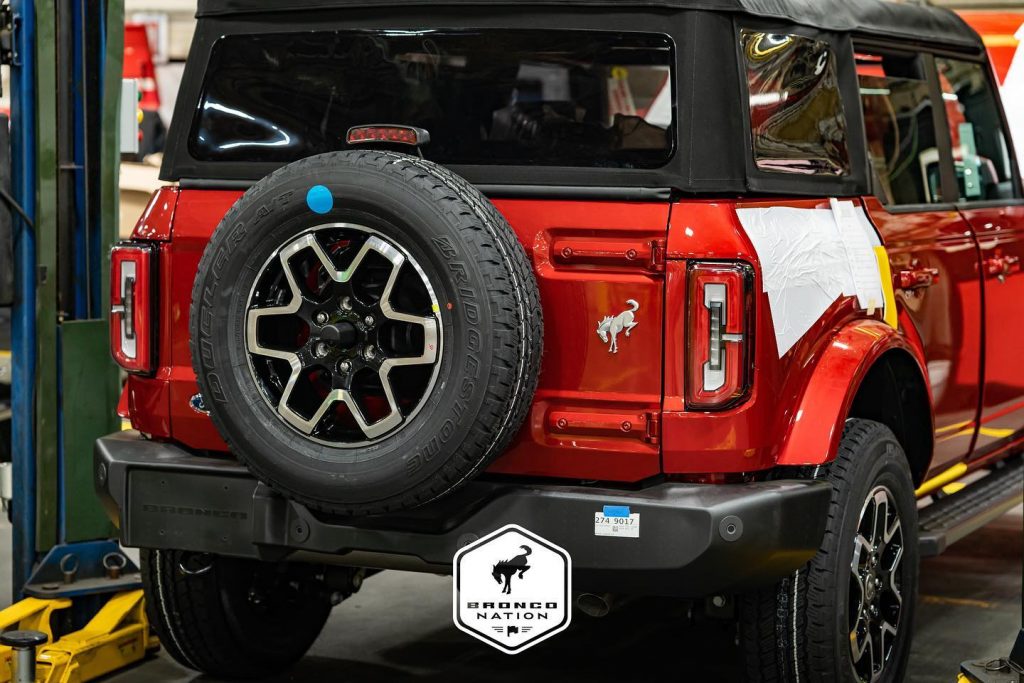 We’ll have much more on the Bronco in the coming days, so be sure and subscribe to Ford Authority for more Ford Bronco news, and non-stop Ford news coverage.