We’ve known for some time now that Ford-backed EV maker Rivian and massive seller of online goods Amazon were working on a new electric delivery van. Now, a working prototype has been completed and revealed to the public. We’ll be seeing this new Amazon electric delivery van on the roads beginning in 2021, and it’s one of three models that will be built by Rivian for the online retailer. 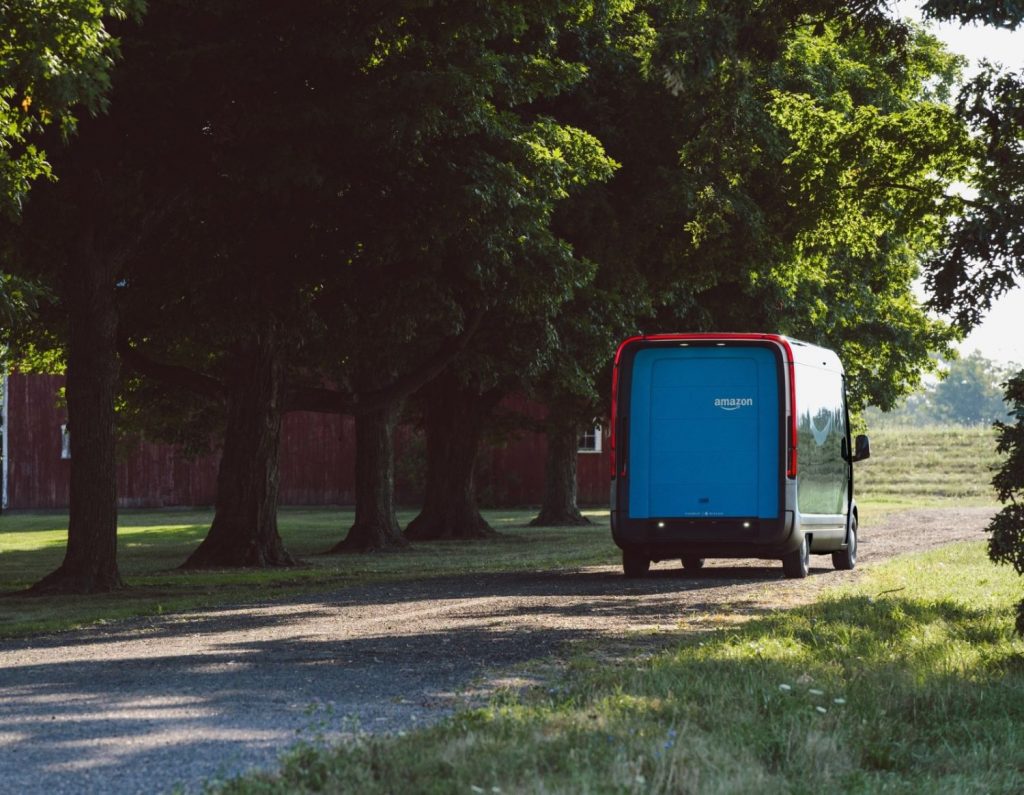 In fact, Amazon says that its electric delivery van fleet will reach 100,000 vehicles by the year 2030, with 10,000 units slated to be on the road by early 2022. Amazon collected a wealth of data from its drivers in an effort to design a new van that would not only make their jobs easier, but also adjust the workspace to make ingress and egress much simpler as well. 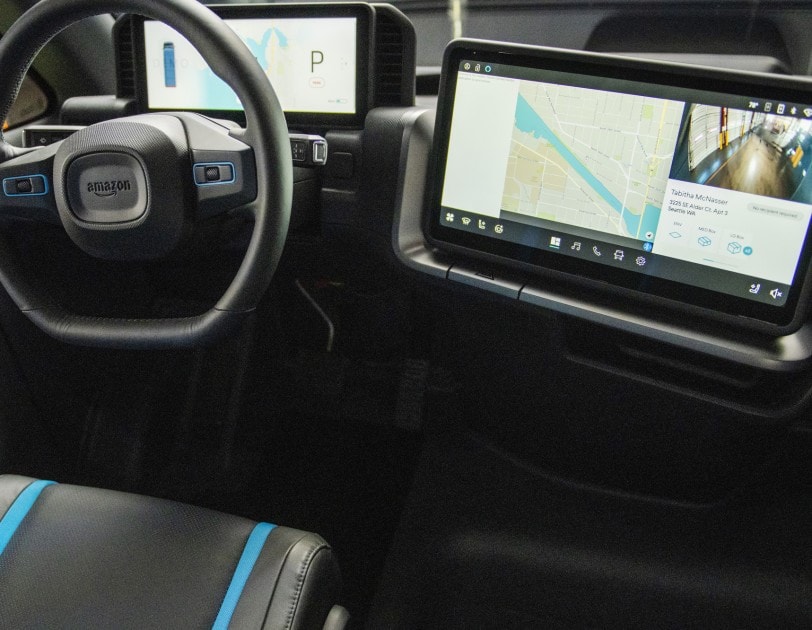 Additionally, the Amazon electric delivery van is packed with safety, navigation, and design features including state-of-the-art sensor detection, a suite of highway and traffic assist technology, and a large windshield to enhance driver visibility. Exterior cameras around the vehicle are linked to a digital display inside the cabin, giving the driver a 360 degree view outside the vehicle. 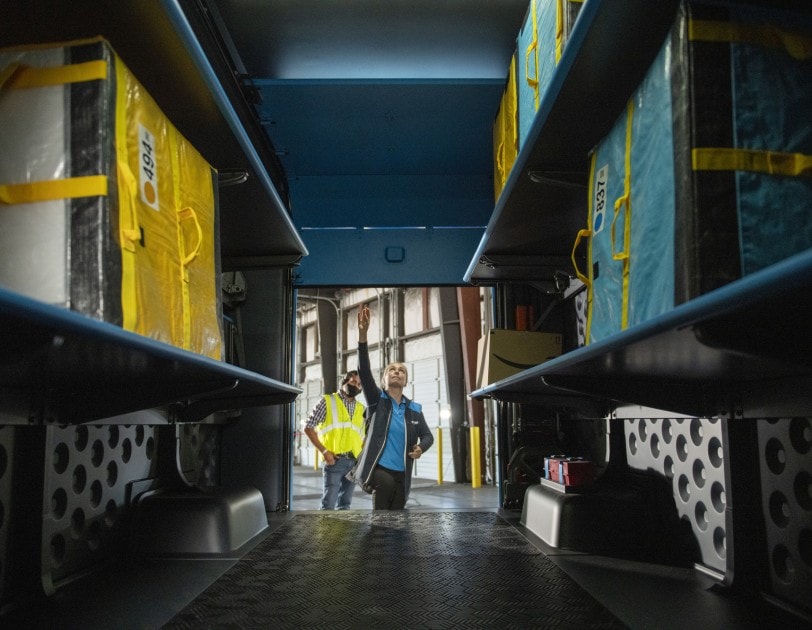 The van also features Alexa integration for hands-free access to route information and the latest weather updates, a strengthened door on the driver’s side for additional protection, a “dancefloor” inside the driver’s cabin for easy movement inside the van, bright tail lights surrounding the rear of the vehicle to easily detect braking, and three levels of shelving with a bulkhead door, which can easily be opened and closed for additional driver protection while on the road.

Like the forthcoming Rivan R1T and R1S, the Amazon van rides on the automaker’s skateboard platform, and has an expected range of 150 miles. Perhaps more importantly, the vans are a big part of Amazon’s “Climate Pledge,” in which the retailer has committed to be net zero carbon by the year 2040.

We’ll have more on these new electric vans as soon as it’s available, so be sure and subscribe to Ford Authority for more Rivian news and non-stop Ford news coverage.